Now fully vaccinated, Michelle Gross wanted to 'seize the moment' and have an unmasked day of shopping and dining. What she found surprised her. 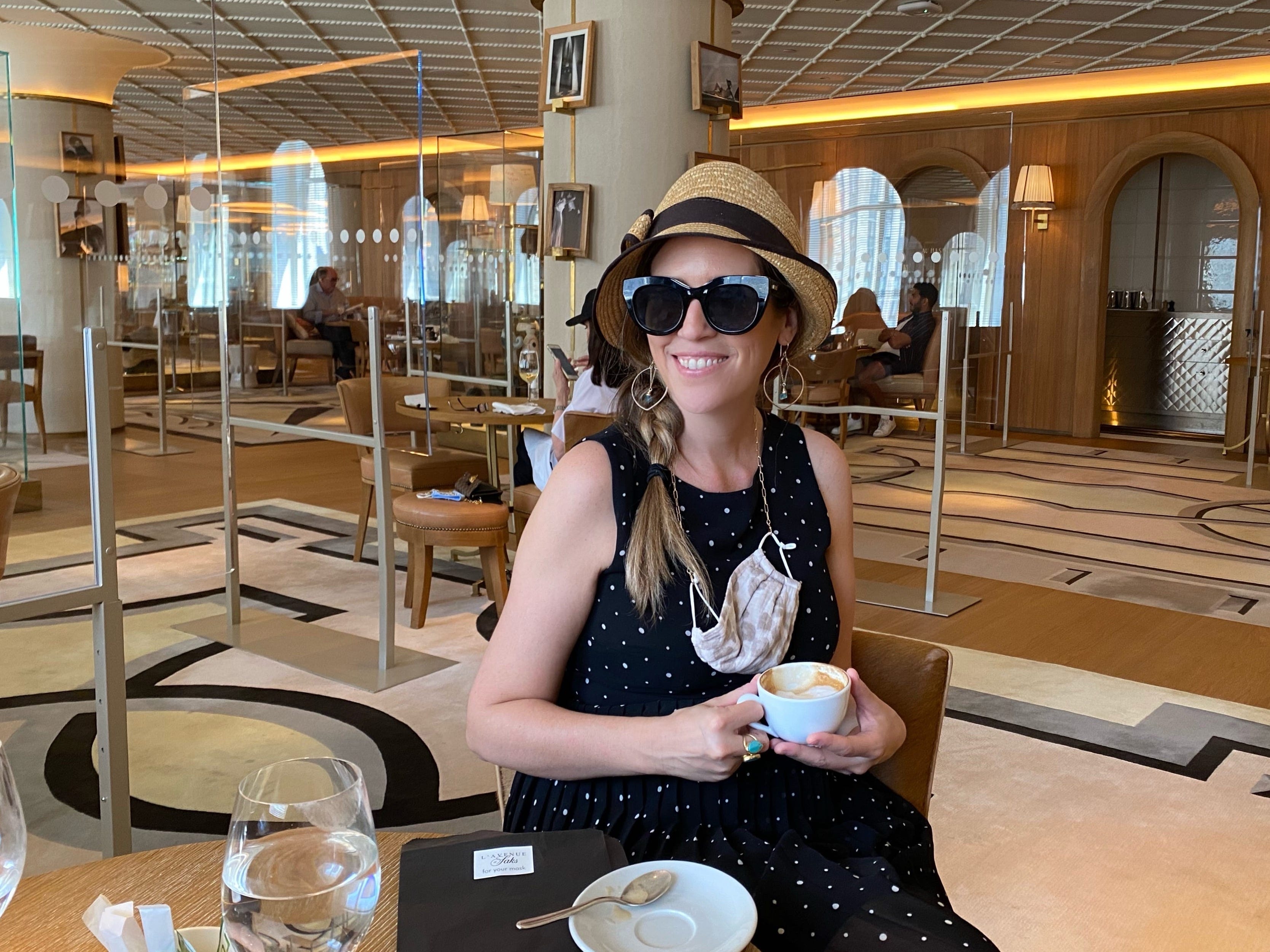 Saks Fifth Avenue’s decision to split off its e-commerce business is ‘completely at odds’ with how people shop, according to a retail analyst

Retailers like Target and Walmart are moving in the opposite direction and further integrating their stores and online operations, the analyst said. 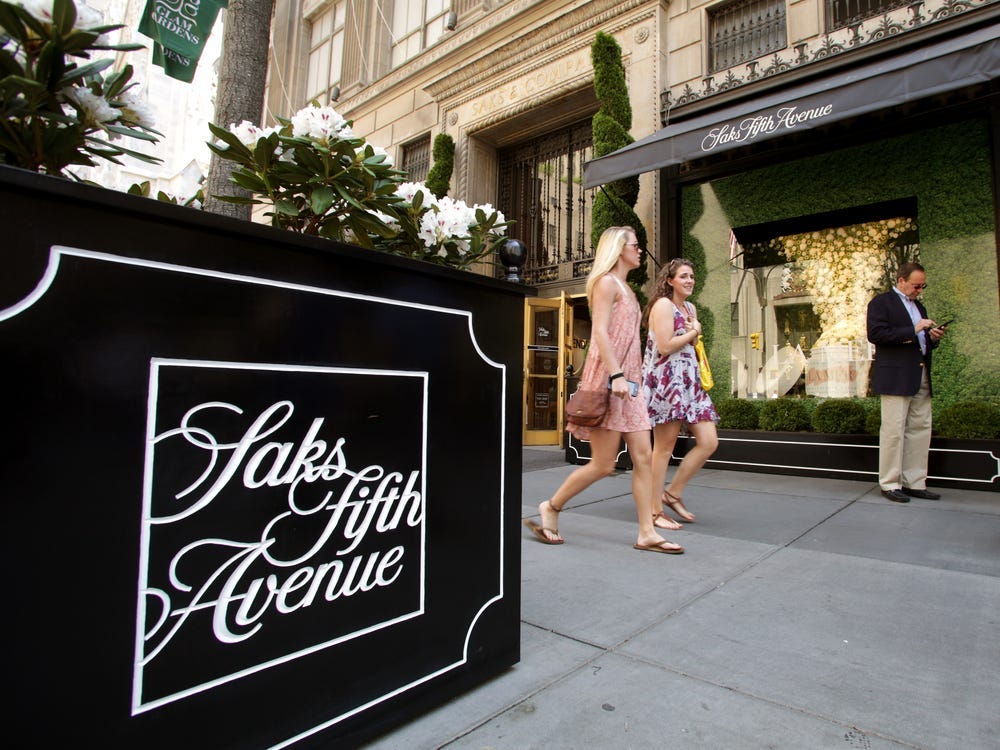 Danielle Bernstein is a mega-influencer whose blog-turned-fashion brand WeWoreWhat has over 2.5 million followers on Instagram. In October, Brooklyn-based lingerie company The Great Eros said WeWoreWhat copied their signature tissue paper design, and put it on swimsuits and leggings. But WeWoreWhat beat Eros to the legal punch, filing a complaint […] 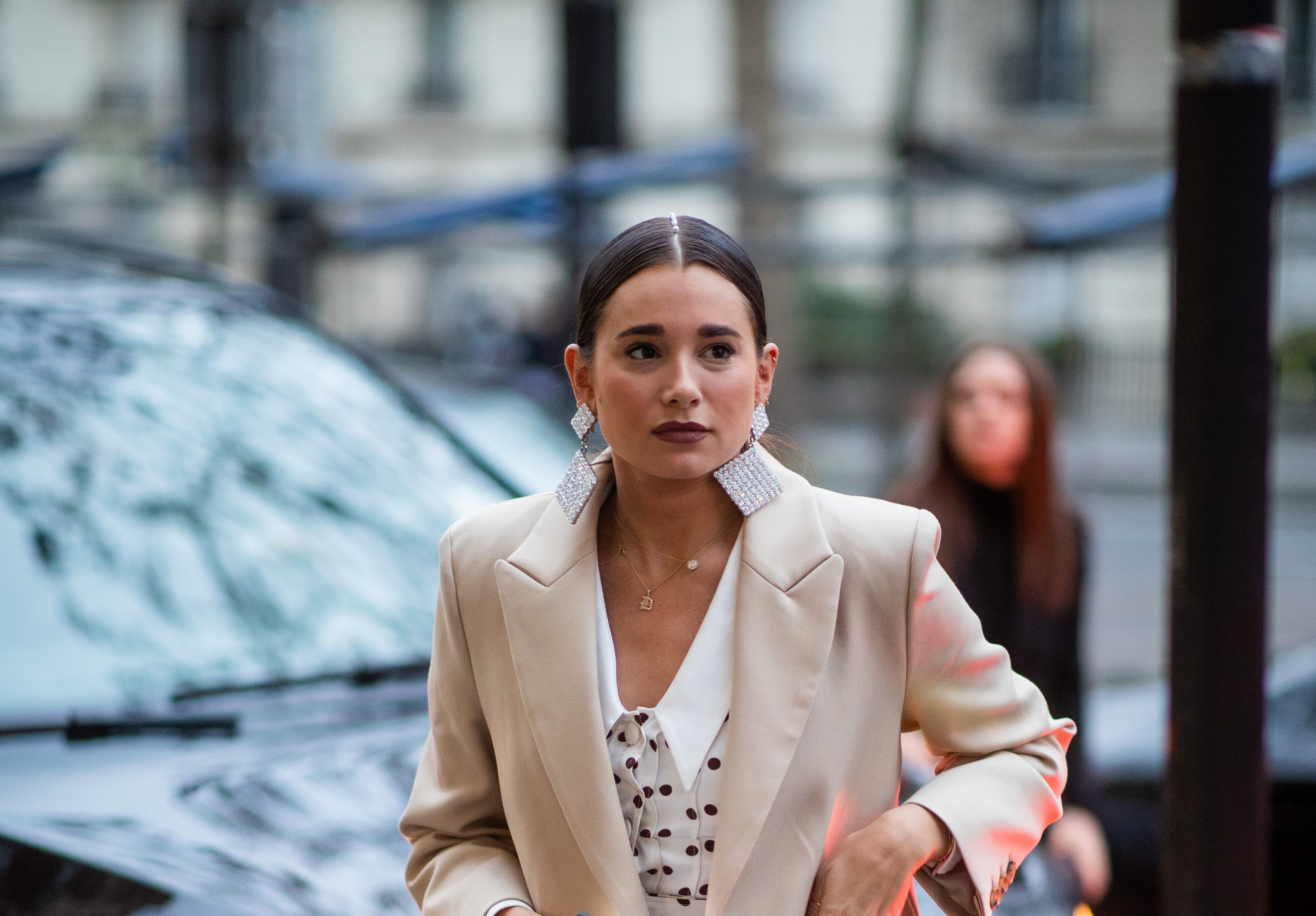 The Drive Thru: New bankruptcies, protests at Adidas, and the slow reopening of NYC

Congrats – we’re one Friday closer to the end of the month! Like many companies, the BI team was mostly out of the office last Friday to celebrate Juneteenth, but we’re back again this week with The Drive Thru, your weekly round-up of everything that’s happening in restaurants and retail. […] 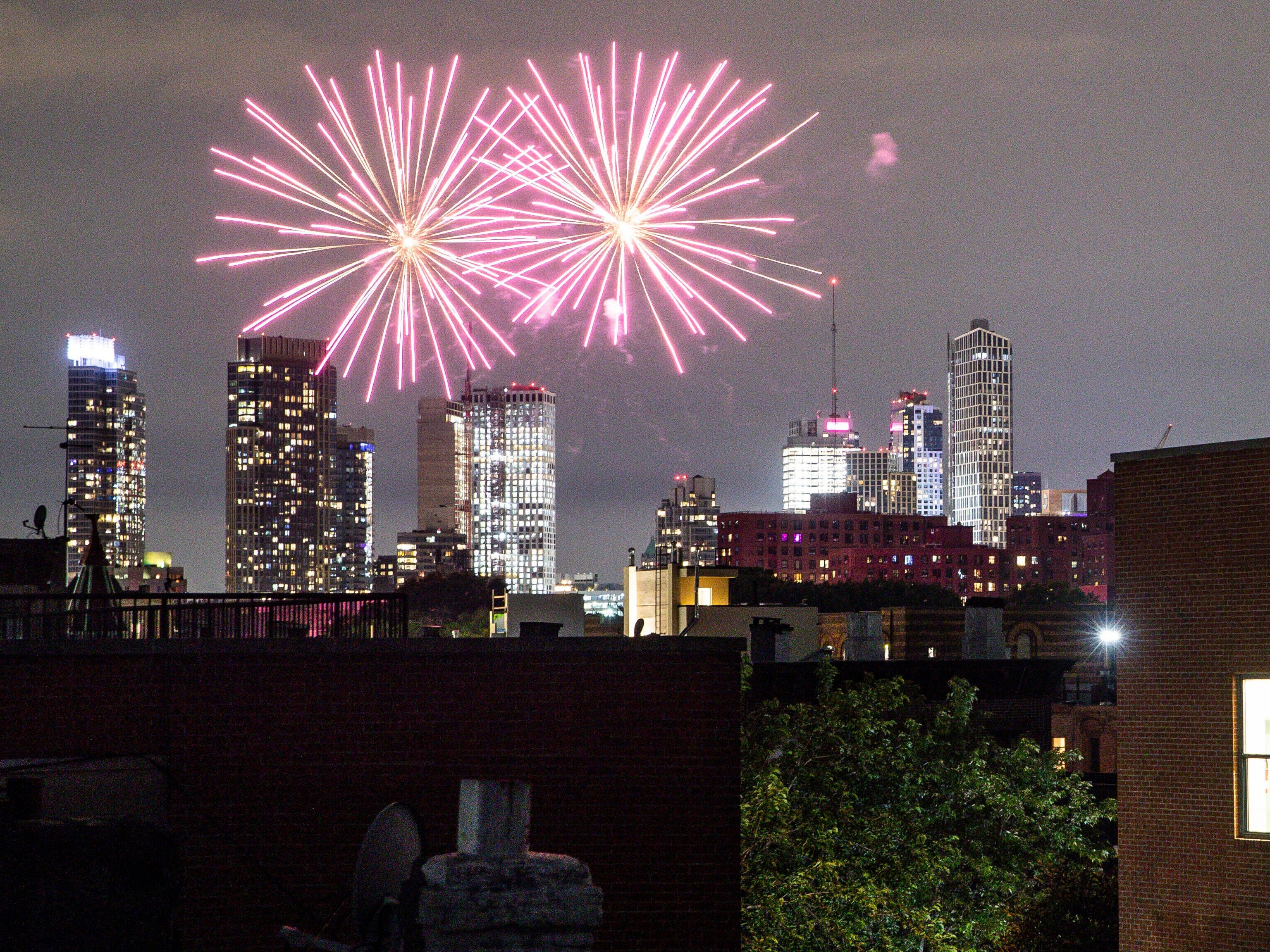 Saks Fifth Avenue reopened its flagship location in Manhattan on Wednesday, with limited hours and several enhanced safety precautions, including ultraviolet light handrail sanitizing. I visited the store shortly after it opened on 11 a.m., and while I didn’t see many shoppers, the employees I talked to said they were […] 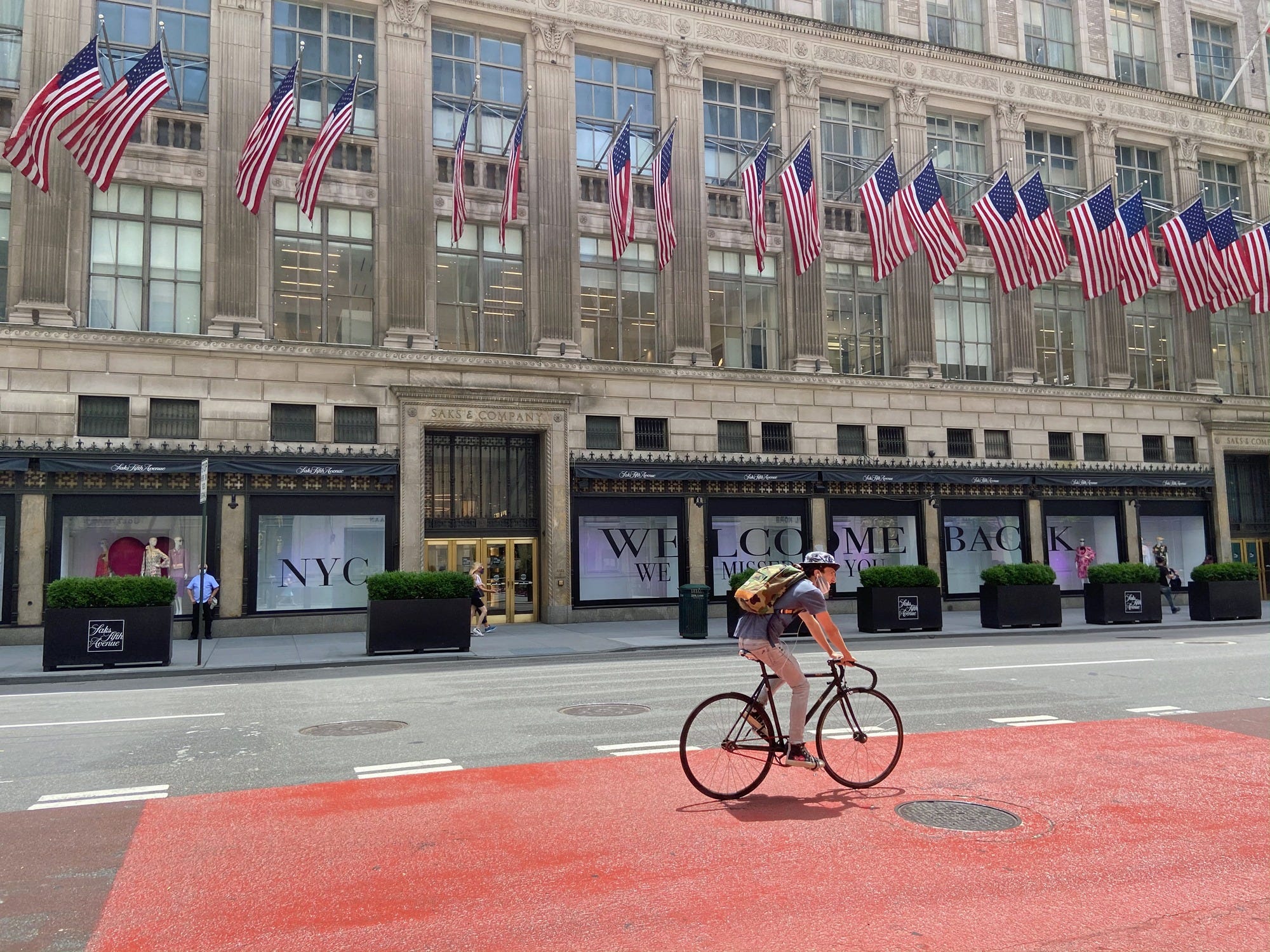 Department stores are reopening in one of the country’s biggest shopping destinations. Here’s what to expect.

Several of New York City’s most notable department stores reopened on Wednesday after closing in response to the coronavirus pandemic. At Saks Fifth Avenue, escalators are being purified by new UV light systems. Nordstrom also reopened its Manhattan locations on Wednesday. Macy’s reopened its Herald Square flagship on Monday. Visit […] 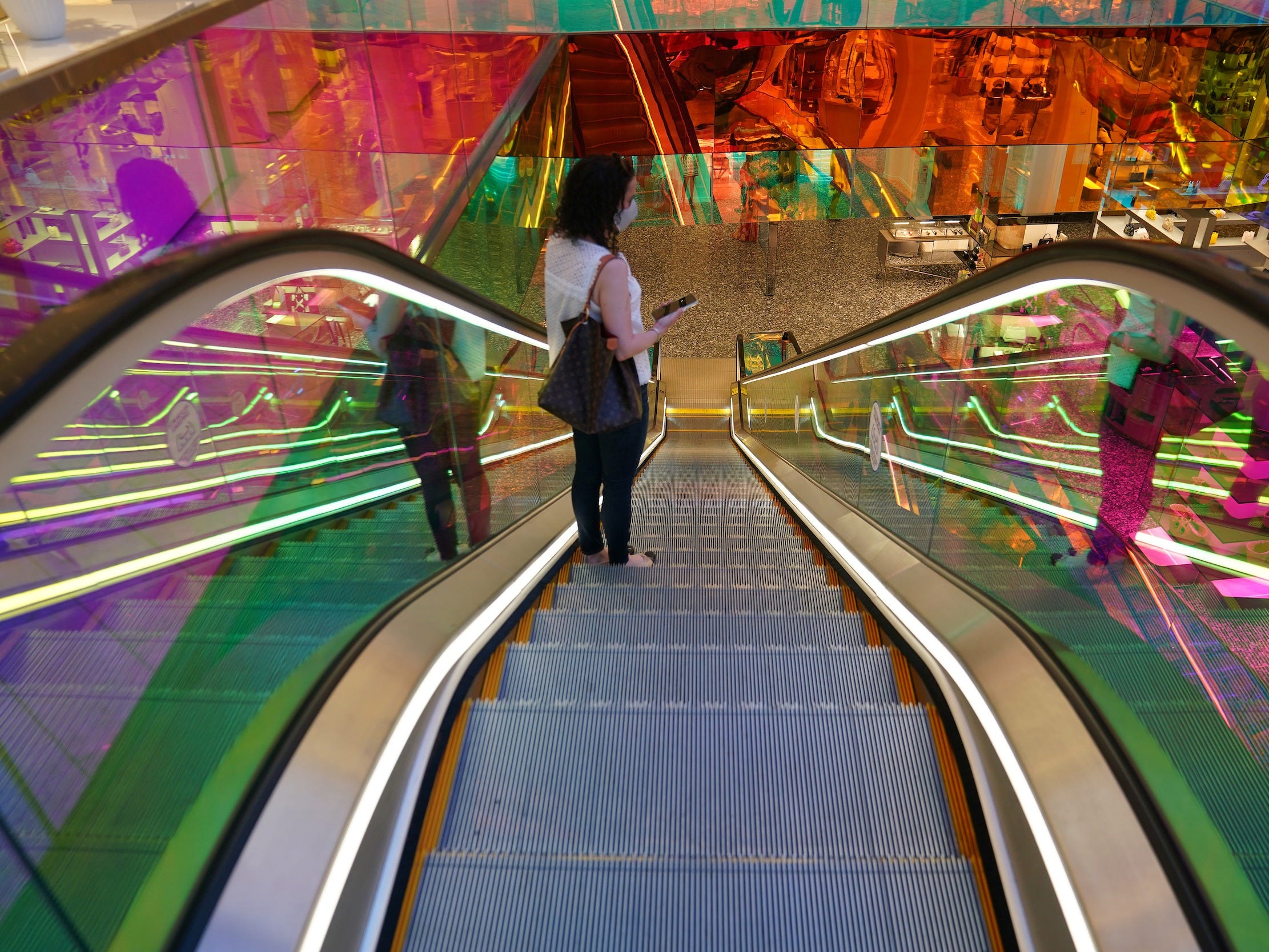 L’Avenue at Saks is one of the trendiest eateries in NYC, and it proves that the retailer-restaurant relationship is more important than ever for the survival of brick-and-mortar department stores

Since opening last year, L’Avenue at Saks has established itself as one of the hottest restaurants in New York City, with clients ranging from Gigi Hadid to Kate McKinnon to Kim Kardashian West. L’Avenue originated in Paris, where it has been a favourite among fine diners for over 20 years. […] The American Dream complex began its grand opening process on Friday, October 25 in East Rutherford, New Jersey. The 3 million-square-foot centre will be one of the largest malls in North America and will feature a theme park, ice rink, water park, and indoor ski centre in addition to over […] Shoppers these days are eager to score a good deal. Saks Off 5th – the discount branch of Saks Fifth Avenue – has a huge selection of designer items, while TJ Maxx is known for its consistently low prices. We shopped at both discount stores to see which is better […] We compared the shopping experience at Nordstrom Rack and Saks Off 5th, and there was a clear winner

Nordstrom and Saks Fifth Avenue each have their own discount clearance stores: Nordstrom Rack and Saks Off 5th, respectively. Both offer designer brands for less. These off-price stores have an opportunity to be a bright spot for their parent companies as discounting remains in high demand. We visited Nordstrom Rack […] Wealthy shoppers have a new mentality that signals doom for Neiman Marcus, Nordstrom, and Saks The fashion retail industry employs more than 1.2 million people in the U.S., but most of the jobs are hourly and notoriously low-paid. We reached out to Glassdoor to help us find the companies that paid the best hourly wages in the industry over the last year. The data focuses […] [credit provider=”Wikimedia Commons” url=”http://commons.wikimedia.org/wiki/File:Saks_%26_Company_Latticework.JPG”] An 89-year-old man was seriously injured after a vehicle slammed into Saks Fifth Avenue. Witnesses told CBS New York that the car jumped a curb before hitting the pedestrian and the Saks’ flagship location. Saks Fifth Avenue Has Opened Its First Store In Kazakhstan [credit provider=”Flickr/sltrib” url=”http://www.youtube.com/watch?v=2zBWjlkKDpA”] Stores from Saks to Target are trying a groundbreaking new strategy to one-up online retailers: being nice to the people who spend their money there.Many consumers are “fed up” by how they’re treated by store employees, reports Sharon Edelson at Women’s Wear Daily. [credit provider=”AP” url=”http://www.apimages.com/OneUp.aspx?st=k&kw=saks&showact=results&sort=relevance&intv=None&sh=10&kwstyle=and&adte=1307107423&pagez=60&cfasstyle=AND&rids=2d5b3f8b970b46ce8b5429e338e5773c&dbm=PY2006&page=1&xslt=1&mediatype=Photo”] Shares of the luxury department store chain Saks Incorporated declined more than 10 per cent in pre-market trading this morning, after the company reported disappointing revenue figures for the first three months of the year.Saks said it generated sales of $753.6 million as comparable store sales increased […]

[credit provider=”youtube.com” url=”http://www.youtube.com/watch?v=aCDZlWoKkWQ”] The floodgates of tourism are being raised and that’s great news for America’s retailers.In January, President Obama signed a little-noticed executive order that simplifies and shortens the visa process for Brazilian and Chinese tourists, with the explicit goal of doubling the number of visas processed for Brazil […]