Michael B. Jordan took a fashion risk by wearing a floral harness over a suit, putting a unique spin on a growing red-carpet trend

Michael B. Jordan wore a harness over his suit while attending the 2019 SAG Awards. The pink-and-purple harness was emblazoned with the Louis Vuitton monogram, and worn over a blue, double-breasted suit. The actor’s look put a unique spin on a growing Hollywoodfashion trend, which has been previously worn by […]

Emily Blunt wore a shimmering pink Michael Kors Collection dress to the Screen Actors Guild Awards on Sunday. The sequin-covered gown featured a structured, ruffled design that swirled along the sleeves and neckline. John Krasinski was at her side in a forest green tuxedo. Emily Blunt has been turning heads […]

Timothée Chalamet was caught reading at the SAG Awards, and people are enraptured by it

A photo of Timothée Chalamet reading his program during Sunday’s Screen Actors Guild Awards is making a buzz on social media. People are appreciating the moment and relating to the actor. And for those who didn’t realise it was the SAG Awards program, some are offering their theories for what […]

‘Black Panther’s’ Chadwick Boseman described what Hollywood is like for the ‘young, gifted, and black,’ and people were here for it

“Black Panther” star Chadwick Boseman died of cancer on Friday. He was 43. Boseman was diagnosed with colon cancer four years ago, his family said in a statement, according to the Associated Press. He never spoke publicly about his illness. In January 2019, “Black Panther” won the biggest award of […] 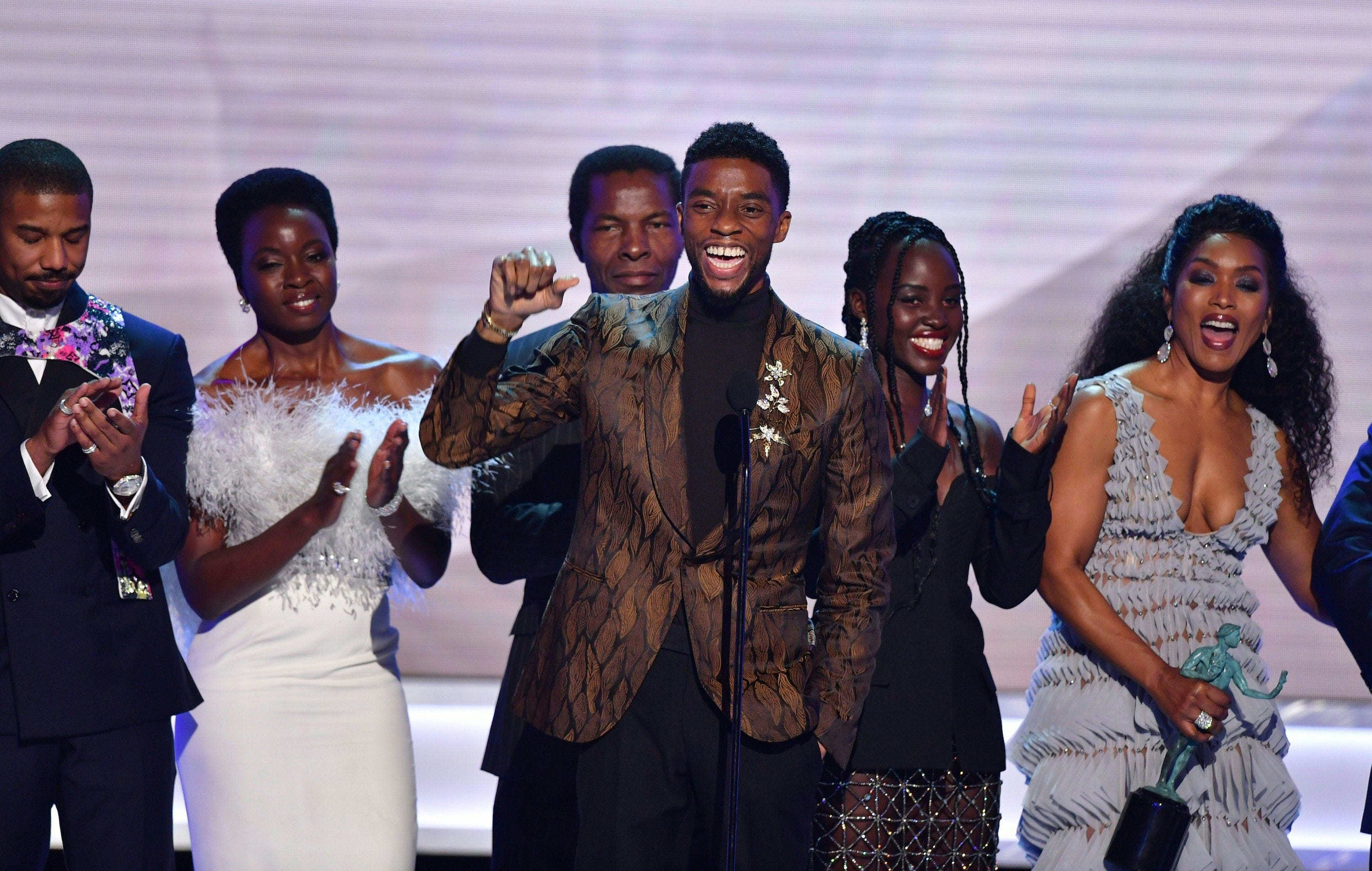 Geoffrey Owens was among the actors who opened up the 25th annual Screen Actors Guild Awards Sunday night. Owens was spotted working a day job at a Trader Joe’s in New Jersey last August. During the SAGs, he recalled taking the job while finding himself in debt to see if […]