100 London business people signed the letter endorsing Sadiq Khan for re-election to the city on May 6. 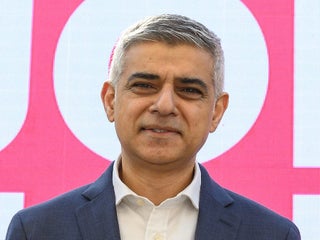 ‘Major incident’ declared in London as the city’s hospitals become overwhelmed with Covid patients London Mayor Sadiq Khan made the decision, saying the pandemic was “out of control” in the UK capital. It follows a leaked National Health Service briefing revealing that London’s hospitals are just two weeks from breaking […] 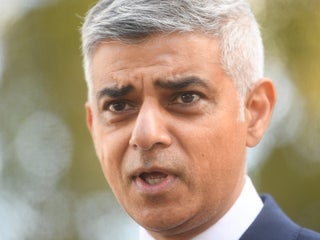 London will go back into coronavirus lockdown from midnight Friday, with indoor household mixing banned

London is adding stricter coronavirus restrictions beginning midnight Friday. The government announced the news to the English capital’s members of Parliament on Thursday morning with UK Health Secretary later confirming it to the House of Commons. Household mixing is set to be banned indoors as part of the UK capital’s […] 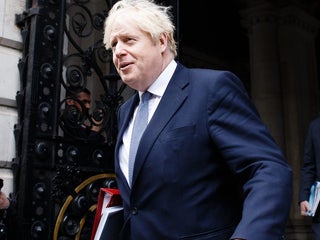 Travel on London buses will be free from Monday, April 20, as part of a plan to protect bus drivers from catching the coronavirus. Passengers will be told to board only by the middle doors and to travel for free in order to keep a distance from drivers. 20 London […] 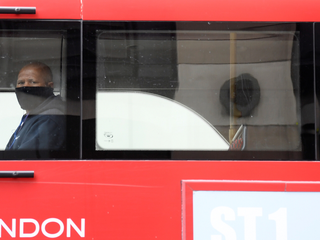 Sadiq Khan wants Brussels to create “associate citizenship” for Brits who want to keep their EU rights. The mayor of London said millions of Brits “still feel and want to be European.” His proposal would see Brits retain rights afforded by EU citizenship, like the freedom of movement. Khan on […] 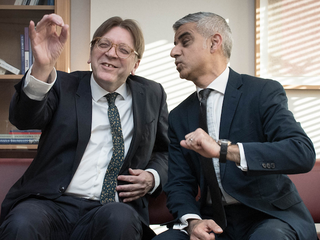 A UK politician is asking for sleepovers in Londoners’ homes in his bid to be the city’s mayor, and says he’ll bring his own sleeping bag and chocolates

British politician Rory Stewart has asked Londoners to invite him into their homes for a sleepover as part of his bid to become the next Mayor of London. He tweeted that he wanted Londoners to “show me the city through their eyes,” and said he would bring his own sleeping […] Sadiq Khan tells Business Insider that the UK must stop being “obsessed” with trying to please Donald Trump, whose views are massively out of line with British people. The London Mayor said that Boris Johnson’s government should condemn Trump’s views on women, immigrants and the LGBT community. Khan and Trump […] Sadiq Khan warns that the Labour Party must change dramatically to defeat Boris Johnson. The London mayor said he feels “nervous” when Labour figures say they “won the argument” at the general election. Khan said that Labour cannot just change its lead singer, but its band and music too. “I […]

London Mayor Sadiq Khan praised the members of the public who were filmed tackling a man who the police say attacked people with a knife in a “terrorist incident” near London Bridge on Friday. The police said the man was wearing a fake explosive vest and was shot dead by […] Uber drivers criticised a decision by London’s transport regulator not to renew Uber’s operating licence, potentially meaning the ride-hailing app will have to pull out of the UK capital. UK drivers’ union UPHD said the decision was a “hammer blow” to the 50,000 Uber drivers working in London. Transport for […] President Donald Trump continued his feud with London Mayor Sadiq Khan on Twitter Saturday. Trump mocked Khan over bizarre tweets from the city’s police department, which was taken over by hackers on Friday. It’s the latest in Trump’s feud with the mayor, which has included him calling Khan a “stone […]

Two of the leading candidates to be Britain’s next prime minister tell Donald Trump to stay out of UK politics, after the president launches his latest attack on London Mayor Sadiq Khan. The Home Secretary Sajid Javid says that Trump should stick to “domestic politics” rather than seeking to interfere […] Donald Trump labels Sadiq Khan a “disaster” over his handling of violent crime in London. Trump quotes a tweet referring to the city as “Londonistan” following spate of stabbings in the city. However, the latest crime statistics show homicides in London are much lower than US cities. Visit Business Insider’s […]

We asked 12 people in London how they feel about Donald Trump’s UK visit. Here are their reactions.

President Donald Trump is finishing his three-day state visit to the UK, where he met the Queen and Prime Minister Theresa May. We spoke to 12 Londoners about how they felt about the visit, which was marked by protests and Trump feuding with political leaders. Visit Business Insider’s homepage for […] British Prime Minister Theresa May would not say whether she agrees with President Donald Trump that London Mayor Sadiq Khan is a “stone cold loser.” Trump called Khan a “stone cold loser” in a tweet as he headed to the UK for an official state visit. During a joint press […] Queen Elizabeth II on Monday seemed to offer subtle but diplomatic criticism of President Donald Trump’s approach to global affairs. As Trump sat next to her at the state banquet on his United Kingdom visit, the queen highlighted the “international institutions” that the US and the UK built together following […] Conservative London mayoral candidate Shaun Bailey said that allowing teenagers access to free contraceptives and abortion services “leads to criminality” and “normalise[s] sex.” “By giving children condoms and the amount of sexual material they are exposed to you normalise sex and they feel it is their divine right to have […]