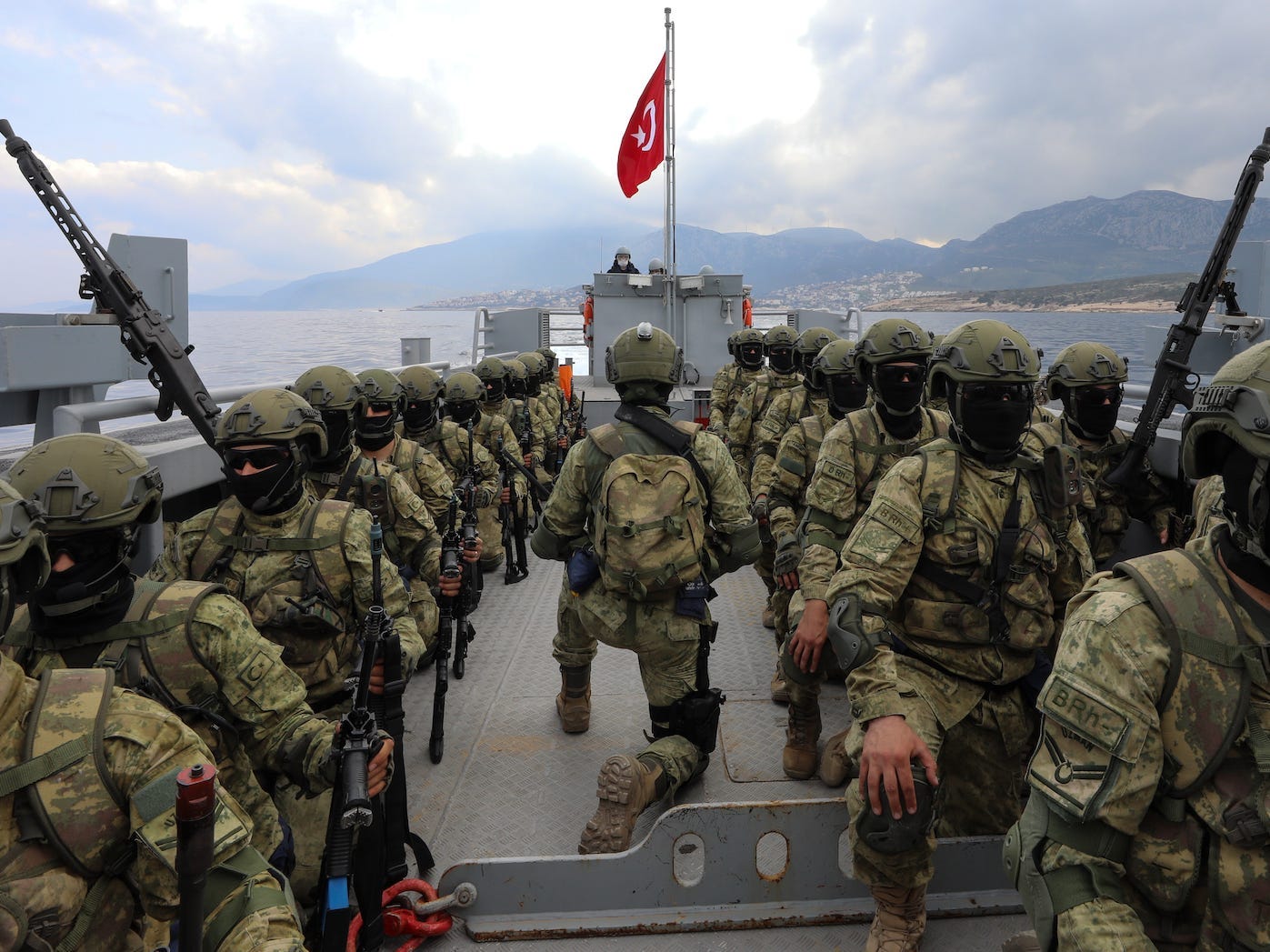 India's purchase of the S-400, a Russian air-defense system, could be a problem for the US as it seeks relationships to counter China's influence. 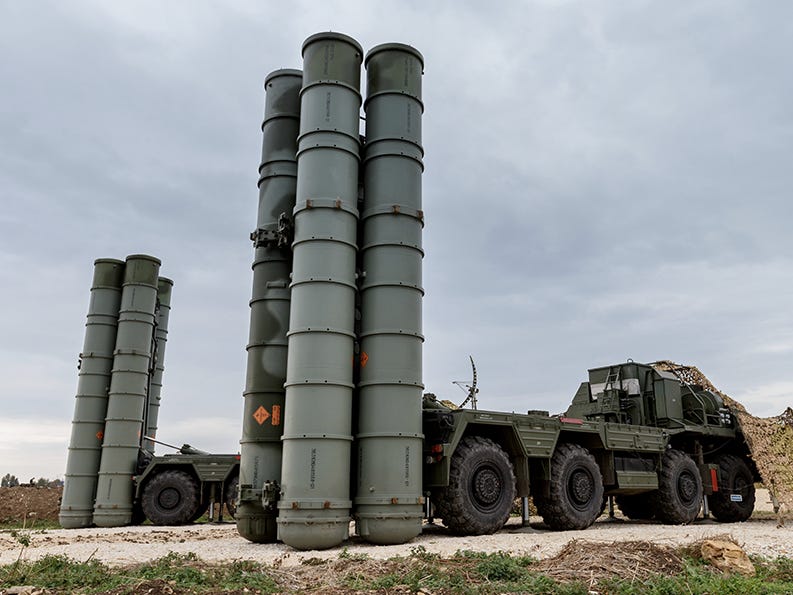 With weeks left in office, the Trump administration is doing a 180-degree turn on a frustrating NATO ally

President Donald Trump has held off on sanction Turkey over its purchase of a Russian air-defence system for three years. Recent reports indicated that the Trump administration is reversing course, as Congress pushes for action, but with tensions in the region rising, Turkey appears unlikely to back down from its […] 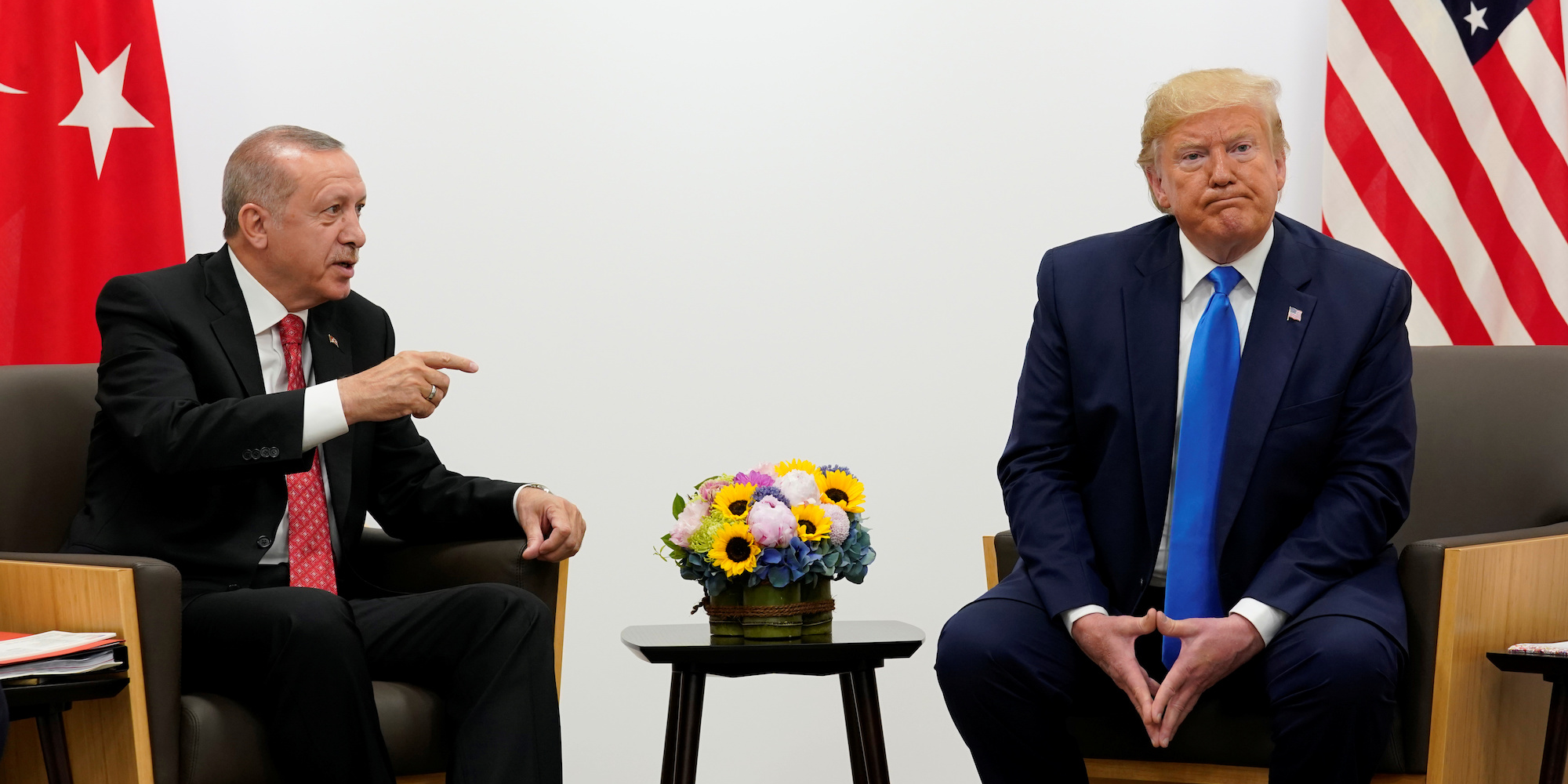 Reports that Turkey activated a Russian-made air-defence system to track US-built fighter jets raised hackles in Washington, which is pressuring Ankara to get rid of the system. The reports have also added to existing tensions in the Eastern Mediterranean Sea region, where Turkey has a number of disputes with its […] 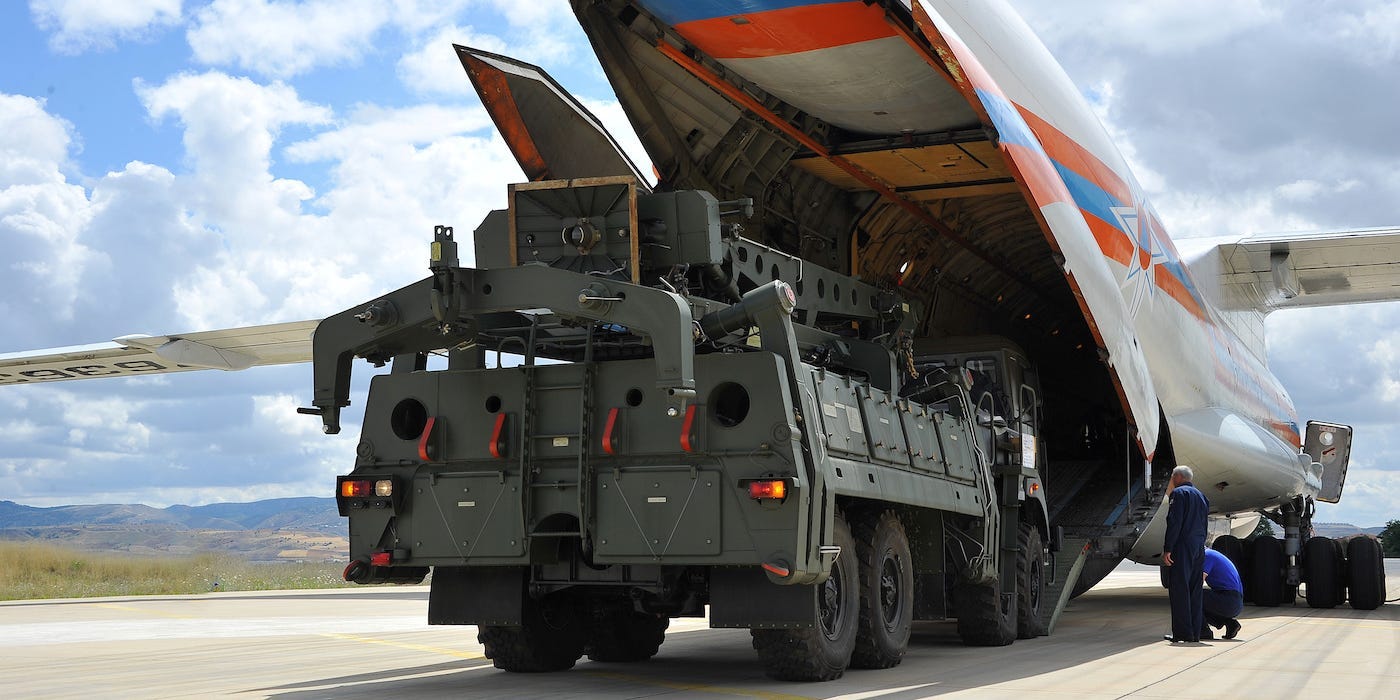 Turkey conducted its first test of its Russian-made S-400 at the end of November, flouting NATO’s admonishments about the air-defence system just days before a summit of the alliance’s leaders. The S-400 system isn’t operational yet, but the saga around it and Ankara’s other activities present real and ongoing challenges […] Turkey’s October incursion in Syria further strained ties with the US that have frayed for months over Ankara’s purchase of a Russian-made air-defence system. Those disputes add to longstanding rifts in NATO, which relies on Turkey as a major player in a strategically important region. Visit Business Insider’s homepage for […] Turkey has roiled NATO by buying S-400 missile defences from Russia, with experts arguing that allowing Russian systems in NATO defences could massively weaken the alliance’s ability to fight Moscow. But experts are strangely ignoring the fact that NATO will soon possess Russia’s top fighter-jet killer. This could prove extremely […] Turkey received the first shipments of the Russian S-400 surface-to-air missile system it purchased despite US opposition on Friday. The US had repeatedly warned its NATO ally of “consequences,” and has yet to respond to the latest developments. The Pentagon canceled a planned briefing Friday, and the White House and […] Russia sent its most advanced anti-aircraft missile to China last year, but Mother Nature got in the way During a whirlwind trip through the Middle East last year, President Donald Trump touted a $US110 billion purchase of US arms by Saudi Arabia. But that blockbuster sale was a lot less definite than it seemed, and Riyadh has reportedly resisted finalising some of the deals. That reluctance comes as […]

Russia is about to sell a US ally billions of dollars in weapons, and Trump may have to respond

India’s prime minister will meet with Russia’s president in India this week. They are expected to sign a raft of agreements, including arms deals that may run afoul of the US. The US, which wants stronger ties with India, has warned against the deals and may resort to sanctions. India […] The US has hit China with sanctions for Beijing’s dealings with Russian weapons makers. The move is related to Beijing’s purchase of advanced aircraft and anti-aircraft systems. It’s the first time the US has imposed sanctions under a law meant to punish Russia for its actions abroad, including interference in […] Amid tensions with Russia, the US has been trying to get countries to stop buying weapons from Moscow. But some countries still depend on Russian arms, including India, one of the US’s biggest partners. The US made an exemption to Russia sanctions for India and others, and New Delhi may […] Congress wants to halt F-35 sales to a NATO ally over Mattis’ objections, and it’s a sign of growing tension

US lawmakers have proposed blocking deliveries of the F-35 fighter jet to NATO partner Turkey. The move comes largely in response to Turkey’s plans to buy Russia’s S-400 air-defence system, a move that could jeopardize the stealth fighter’s technological edge. The S-400 purchase is partially a response to fraying ties […]

India says it’s going ahead with a major Russian arms deal, and the US may have already backed itself into a corner

India’s defence minister told US lawmakers that New Delhi was pursuing plans to buy Russia’s S-400 air-defence system. India has longstanding defence ties with Russia, and the S-400 buy is a response to practical concerns. But the US is trying to isolate Russia and expand ties with India, and the […]