One of Britain’s most high-profile gay athletes says coming out in men’s soccer isn’t safe, and the sport is doing nothing about it 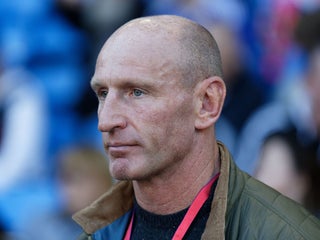 Former England rugby star Steve Thompson is one of a group of eight ex-players suing the sport’s authorities after being diagnosed with the early onset dementia. The BBC reports that the group are to send a letter of claim amounting to millions of pounds in damages to the governing bodies […] 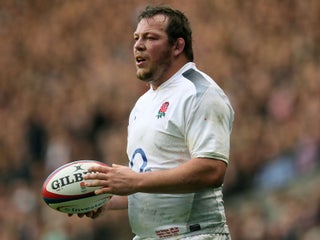 Amazon insists Northern Ireland isn’t part of the UK while answering a complaint about Prime, then apologizes

Amazon apologised on Saturday after its social media support team insisted that Northern Ireland wasn’t part of the UK. It followed a complaint made by a customer living in Northern Ireland who said he couldn’t watch live rugby on Amazon Prime. Amazon’s official support Twitter account responded that he couldn’t […] 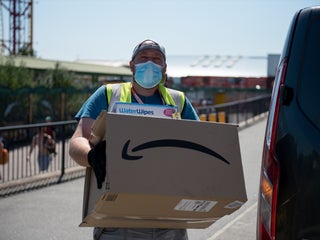 Stan has scored the Australian broadcast rights to Wimbledon and the French Open, days after announcing its new sports package

Every match of Wimbledon and Roland-Garros will be streamed on Stan in 2021. The two grand slams are scheduled for May, June, and July, with the men’s and women’s finals expected to be also aired by Nine on free-to-air television. The deal comes just days after Nine-owned Stan also secured […]

An England rugby player who squeezed an opposition player’s genitals could be barred for up to 4 years, and he called it ‘utter b——-‘

The England rugby player Joe Marler faces a ban of up to four years after appearing to fondle the genitals of the Wales player Alun Wyn Jones during Saturday’s clash between the two countries. “Grabbing, twisting, or squeezing the genitals” classifies as unsportsmanlike conduct, according to World Rugby laws, and […] 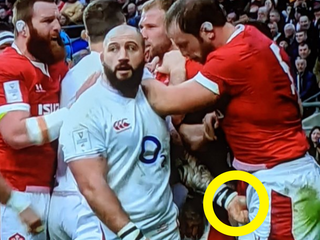 Rugby Australia announced it has reached a settlement with Israel Folau, and apologised ‘for any hurt or harm’ it caused the former star

Rugby Australia, NSW Rugby and pro rugby player Israel Folau have ended their legal dispute. Folau was sacked following a post he made on Instagram which claimed that “hell awaits” those he described as “drunks, homosexuals and adulterers”, among others, and he lodged legal proceedings against Rugby Australia. The terms […]

Israel Folau says the deaths of six people in wildfires across Australia’s east coast are “God’s judgment” for the legalization of same-sex marriage and abortion. The 30-year-old, who was sacked by Rugby Australia in May for making anti-gay comments on social media, made the claim during a sermon at his […] English Premiership and European rugby union champions Saracens have been docked 35 points and fined $US7 million. The club was found guilty of breaching rules on player wages after an investigation from the Daily Mail and Premiership Rugby. English clubs have a salary cap of $US9 million, which Saracens owner […] A former international rugby star says the USA may frighten its opponents at the World Cup, but it shouldn’t pose a threat to England

Former England international Andy Goode says the USA could frighten some teams at the Rugby World Cup, but it shouldn’t pose a threat to England. The USA takes on England, who beat Tonga 35-3 on Sunday, in its tournament opener on Thursday. “There is an expectation that [USA] will be […] England rugby head coach Eddie Jones says facing the USA will be like facing “15 Donald Trumps” who will come out “all guns blazing.” The two nations face off at the Rugby World Cup on Thursday. England is widely expected to win the encounter at Japan’s Kobe Misaki Stadium., but […] Tom Brady is rooting for South Africa, not the USA, at the Rugby World Cup in Japan

Tom Brady will be supporting South Africa, not the USA, at the Rugby World Cup in Japan. The NFL icon shared a message of support for the Springboks ahead of the tournament via Twitter early Friday morning. “Springboks, good luck to you in Japan,” said Brady in the video posted […] Here’s everything that’s happening at the Rugby World Cup, and how to watch it live online

The Rugby World Cup kicked off on Friday in Japan, where the world’s 20 finest rugby nations are going head-to-head to battle it out for The Webb Ellis Cup. New Zealand is the current champion, however the country will face stiff competition from Australia, South Africa, and England, amongst others. […] The Fuwaku Rugby Club, which stages full-contact rugby matches for players over 40 years old, was the first club of its kind in Japan. Players as old as 90 still play competitively for the Tokyo side. “Since I joined Fuwaku Club, I have broken ribs many times and broke my […] People heading to the 2019 Rugby World Cup in Japan are being warned about a disease that can cause seizures, paralysis, and death

Rugby fans travelling to the World Cup in Japan later this year are being warned about the dangers of a potentially deadly viral brain infection known as Japanese encephalitis. Charity organisation, The Encephalitis Society, prompted fans to get vaccinated if they plan on expanding their trip to the countryside, when […] Former England rugby star Christian Wade made an immediate impact on his Buffalo Bills debut, scoring a brilliant 65-yard touchdown with his first carry of the game. Wade joined the Bills in April, after quitting rugby in October 2018 to pursue his dream of playing in the NFL. The 28-year-old […] Star rugby player Israel Folau posted a graphic on Instagram last week saying that “hell awaits” homosexuals, drunks, and liars. Rugby Australia said it plans to sack him over the post because it breaches its code of conduct. On Wednesday, NSW Waratahs announced that Folau had responded to a breach […] All Black Sam Cane suffered a broken neck in this weekend’s test win against the Springboks in Pretoria and will have to remain in South Africa. The All Blacks flanker has had an operation to repair the fracture in his neck. He will not be able to fly back to […]

A report in Britain’s The Sunday Times says global rugby administrators have agreed to a new annual world championship featuring 12 international teams in a major shake-up of world rugby. It would involve six teams from each hemisphere, and would likely also have a second division with promotion and relegation […]

ANARCHY: The All Blacks are playing ‘a brand of rugby the like of which we have never seen’

The All Blacks are leading rugby’s positive revolution where attack is king. That’s the view of astute British commentator Stuart Barnes who marvelled at the win by a second-string New Zealand team over Argentina where “rugby’s rules of engagement were turned upside down”. “More than a hundred years of test […]

World rugby critics are in awe of the All Blacks after their demolition of the Wallabies, called almost ‘a complete performance’

The All Blacks are winning over their northern critics with even Stephen Jones admitting their latest Bledisloe Cup victory “had elements of a complete performance and tilted world rugby on its axis”. Jones has been typically harsh on New Zealand and southern hemisphere rugby lately, belittling the Crusaders’ Super Rugby […]