Dominion is suing Rudy Giuliani, seeking $1.3 billion in damages, after he spread the conspiracy theory that the vote-machine company rigged the election

Dominion Voting Systems filed a lawsuit against Rudy Giuliani on Monday. The suit accuses the lawyer of defamation and is seeking more than $US1.3 billion in damages. Giuliani spread the conspiracy theory that Dominion’s software changed votes in the 2020 election. Visit Business Insider’s homepage for more stories. Dominion Voting […] 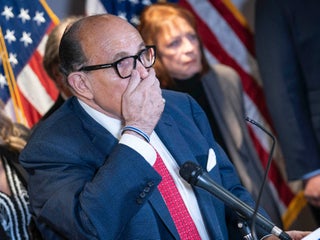 David Dinkins, New York City’s first and only Black mayor, has died at the age of 93

David Dinkins, the first and only Black mayor of New York City, has died at the age of 93. Dinkins served as the city’s 106th mayor from 1990 to 1993, a tumultuous time in its history. Known for his affable and collegial demeanour, Dinkins rose through the ranks of city […] 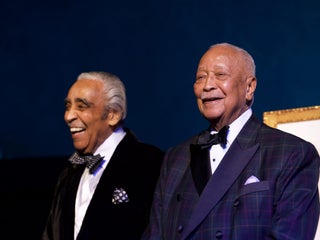 Trump’s impeachment is based on actions he took that were motivated by an idea that doesn’t exist in reality. His lawyer, Rudolph Giuliani, is allegedly being investigated by federal authorities over campaign finance violations made in pursuit of this conspiracy theory. Previously, conservatives pushed false narratives as a deliberate strategy […] President Donald Trump has named Geoffrey Berman, a former law partner of New York City’s mayor, Rudolph Giuliani, to become the Southern District of New York’s top prosecutor. Berman will replace former US attorney Preet Bharara, who was fired by Trump in March. Berman previously served as an Assistant US […]