Behind the scenes of "RuPaul's Drag Race," queens have only 90 minutes to get ready and are cut off from the outside world. 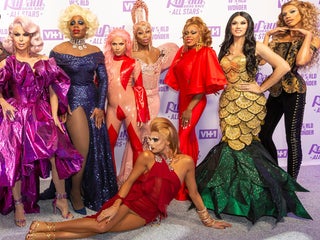 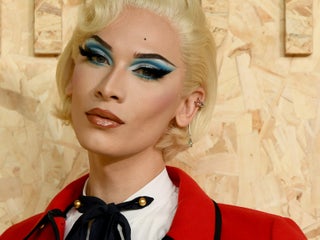 At the 30th annual GLAAD Media Awards, drag superstar Shangela brought down the house with a seven-minute Beyoncé medley. The crowd – including Beyoncé and Jay-Z – gave Shangela a standing ovation. The pair was there to accept GLAAD’s Vanguard Award, and thanked both Jay-Z’s mother and Beyoncé’s uncle Johnny […]

“RuPaul’s Drag Race” has featured 10 seasons full of lip syncs, death drops, and iconic one-liners. The show has turned into an Emmy-winning reality show, complete with spin-offs, conventions, and tours. The show is entertaining, but what goes on backstage is even more shocking than what happens on the runway. […]

As a straight man, I tried drag makeup for the first time with RuPaul’s Farrah Moan

Farrah Moan appears on the new season of “RuPaul’s Drag Race: All Stars.” We asked Farrah to show us how to do some basic drag makeup using some cheap items we found at the drugstore. In a very short amount of time, she helped transform one of our producers into […]