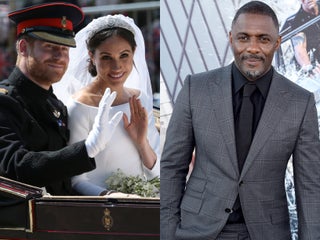 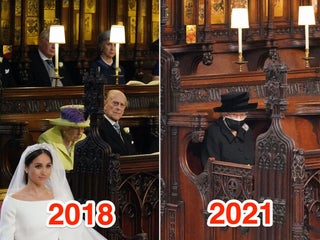 Meghan Markle broke her silence on her father, Thomas Markle Sr. Here’s a complete timeline of the drama.

Meghan Markle addressed her father's pre-wedding paparazzi scandal for the first time in an explosive interview with Oprah Winfrey. 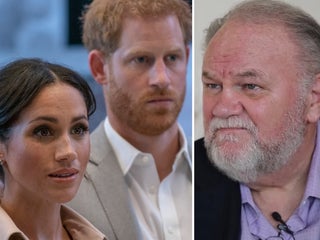 Prince Harry and Meghan Markle celebrate their first anniversary on May 19, 2019. An estimated 1.9 billion people tuned in to see the couple get married at St George’s Chapel a year ago. Their first year of marriage has seen plenty of laughter, quite a bit of PDA, and the […] The royal family’s photographer picked his favourite photos of the year, and they aren’t what you’d expect

Getty Images royal photographer Chris Jackson shared his thoughts on his favourite photos of the year with INSIDER. Jackson’s favourites include a mix of formal and candid moments. His favourite photo of Prince Harry and Meghan Markle is a playful, candid shot from a visit to a youth center in […]

Meghan Markle and Prince Harry are expecting their first baby. In British nobility, you are only declared a prince or princess at birth if you are born to a sitting monarch, are the first-born son of the eldest son of a sitting monarch, or are otherwise declared to be so […]

How much each of the recent British royal weddings is estimated to have cost, ranked

There are times when royals are relatably “just like us,” but not when they say “I do.” Royal weddings are lavish affairs featuring priceless heirlooms, iconic dresses, television crews broadcasting the events around the world, and crowds so big that security costs alone add up to millions of dollars. The […] Meghan Markle’s father was interviewed on British television for the first time since his daughter’s wedding. In the interview, Thomas Markle expressed his regret at missing the wedding. He also descirbed the moment Prince Harry asked for his daughter’s hand in marriage. Markle said he told Harry: “You are a […] As always, the greatest photos are the ones we don’t know are being taken. This rule was true for the royal wedding as the royal family and their friends were snapped around the ceremony. Scroll down to see the best shots. The royals and A-list celebrities were out in force […] After weeks of speculation, reports suggest Prince Harry and Meghan Markle will honeymoon in Canada. Sources told TMZ they are due to stay at the Fairmont Jasper Park Lodge in Alberta. They will apparently stay at the six-bedroom Outlook Cabin, which has been nicknamed “The Royal Retreat.” Prince Harry and […] More stories about George Clooney reportedly partying at the royal wedding reception are emerging. Clooney apparently danced with Meghan Markle and Kate Middleton at the after-party. Now people are saying he also poured shots of his own billion-dollar tequila brand, Casamigos, from behind the bar. There are many things that […] Prince Harry married Meghan Markle in a lavish affair at Windsor Castle. The event was attended by a vast array of A-list celebrities including David Beckham and Serena Williams. Highlights of the ceremony included Bishop Michael Curry’s passionate speech. Prince Harry and Meghan Markle are now officially married. The couple […] Serena Williams wore sneakers to the royal wedding after-party, and it’s a sign of a major shift in women’s fashion

Serena Williams headed to Meghan Markle‘s and Prince Harry‘s royal wedding after-party this weekend wearing a pair of sneakers. Williams is representative of a growing movement in women’s fashion toward swapping high heels for more comfortable shoes. Sales of high heels suffered in 2017, declining by 11%, according to NPD […] George Clooney dancing with Meghan Markle, ‘dirty burgers,’ and fireworks: Here’s what apparently went down at the royal wedding after-party

Prince Harry and Meghan Markle ended their wedding day with an intimate evening reception hosted by Prince Charles at Frogmore House. It was attended by a select group of 200 guests. Guests were reportedly treated to a sit-down meal, and later “dirty burgers” and candyfloss, washed down with rum-and-ginger cocktails […] This is what Meghan Markle, Prince Harry, and Prince Charles apparently said in their wedding speeches

The two royal wedding receptions were a hit, according to news reports. Prince Charles, Prince Harry, and Meghan Markle all gave speeches at the first, a lunchtime reception. Harry said of his wife: “We make such a great team.” Markle apparently told the crowd she had “found her prince.” Meanwhile, […] Serena Williams stole the show at the royal wedding after-party. The tennis champion reportedly dominated at beer pong – and even came prepared for the boozy showdown as she wore trainers underneath her Valentino gown. A championship-winning athlete is the last person you should challenge to a game of beer […] Reddit’s Alexis Ohanian was the one big tech mogul spotted at the royal wedding, and he documented the whole thing on Twitter

American celebrities turned out for Prince Harry and Meghan Markle’s royal wedding at England’s St. George’s Chapel on Saturday. Thanks to wife Serena Williams, Reddit cofounder Alexis Ohanian was the only tech industry A-lister spotted at the biggest wedding event of the year. Ohanian shared behind-the-scenes photos from the royal […] Thanks to Serena Williams, Reddit’s Alexis Ohanian was the one big tech mogul spotted at the royal wedding

The royal wedding was a star-studded affair, as one might expect when a prince marries a US TV star. The guest list was filled with singers and actors but there were scant few tech moguls to be seen with one big exception: Reddit cofounder Alexis Ohanian. He scored an invite […]