Since stepping back from the royal family, the Duchess of Sussex has embraced a more laid-back look. 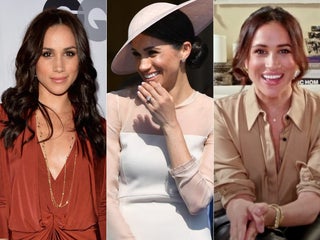 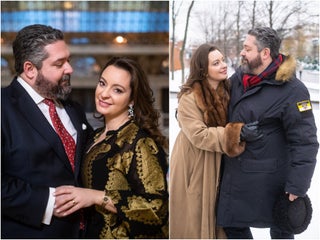 Her Majesty the Queen has given official consent for Prince Harry to marry Meghan Markle on May 19. A law passed in 1772 means that royals need formal permission from the monarch to get married. The news comes a week after Markle was reportedly baptised into the Church of England. […] Buckingham Palace announced the engagement of Princess Eugenie and boyfriend Jack Brooksbank on Monday. The Princess showed off her pink sapphire ring in official engagement photos. Her ring bears a striking resemblance to the one her father, Prince Andrew, used to propose to her mother – his ex-wife Sarah Ferguson. […] Speculations over who will design Meghan Markle’s wedding dress began soon after her engagement to Prince Harry was announced. Israeli designer Inbal Dror has sketched three designs, which were leaked on Tuesday. This isn’t the first time Dror has designed couture for elite clients. In 2016, Beyonce wore a bespoke […] Prince Harry has reportedly been an avid smoker since his days at Eton. But the prince has given up the habit for his fiancée, Meghan Markle. Smoking is officially banned on the grounds of Kensington Palace, where the couple lives. Prince Harry has been known to enjoy a few cigarettes […] Meghan Markle’s dad lives in a cliff-top house 25 km south of the Mexican border in California Bay. The 73-year-old has yet to meet his future son-in-law. Markle has a noticeable limp after sustaining a leg injury two years ago, according to family members. But this won’t stop him from […] “Good Morning Britain” host Piers Morgan claims to have met up with Meghan Markle on the day it’s believed she met Prince Harry. The unlikely pair reportedly went to Morgan’s local pub where they drank pints and martinis. Morgan then put Markle in an Uber to an exclusive London members’ […]

Prince Harry turns 34 on Saturday, September 15, just a few months after marrying 37-year-old actress Meghan Markle in a highly anticipated royal wedding in Windsor on Saturday, May 19. While His Royal Highness Prince Henry of Wales is certainly still young, he’s already had a pretty incredible life, which […]

The Queen might not attend Prince Harry’s wedding to Meghan Markle. The Queen is head of the Church of England, which teaches that marriage is for life. As this is Meghan Markle’s second wedding, the Queen may feel uncomfortable witnessing a divorcee’s marriage. This stopped her from attending Prince Charles’ […]

Prince Harry of Wales announced his engagement to Meghan Markle Monday. In photos from the couple’s first appearance post-engagement, he was sporting his characteristic beaded bracelets. He seems to have started wearing one after his first trip to Africa following Princess Diana’s death. Prince Harry is rarely seen without his […] Prince Harry and Meghan Markle have given their first-ever sitdown interview following their engagement. The British royal got down on one knee to propose, at a quiet night at their cottage over roast chicken. Markle was so keen to say yes, she cut Prince Harry off before he could even […]

Prince Harry’s name is world-famous, and he also gets called that by his family. But his name is actually Henry – and his formal title is Prince Henry of Wales. Official notices – like his engagement notice – use his proper name. In the unlikely event that he becomes king, […]

Disney+ in Hong Kong dropped an episode of ‘The Simpsons’ that...