“Game of Thrones” costars Kit Harington and Rose Leslie are expecting their first child together. Leslie revealed the news in a feature and photoshoot for the summer 2020 issue of UK’s Make Magazine that was published on Saturday. The couple met playing Jon Snow and Ygritte on “GoT.” They announced […] 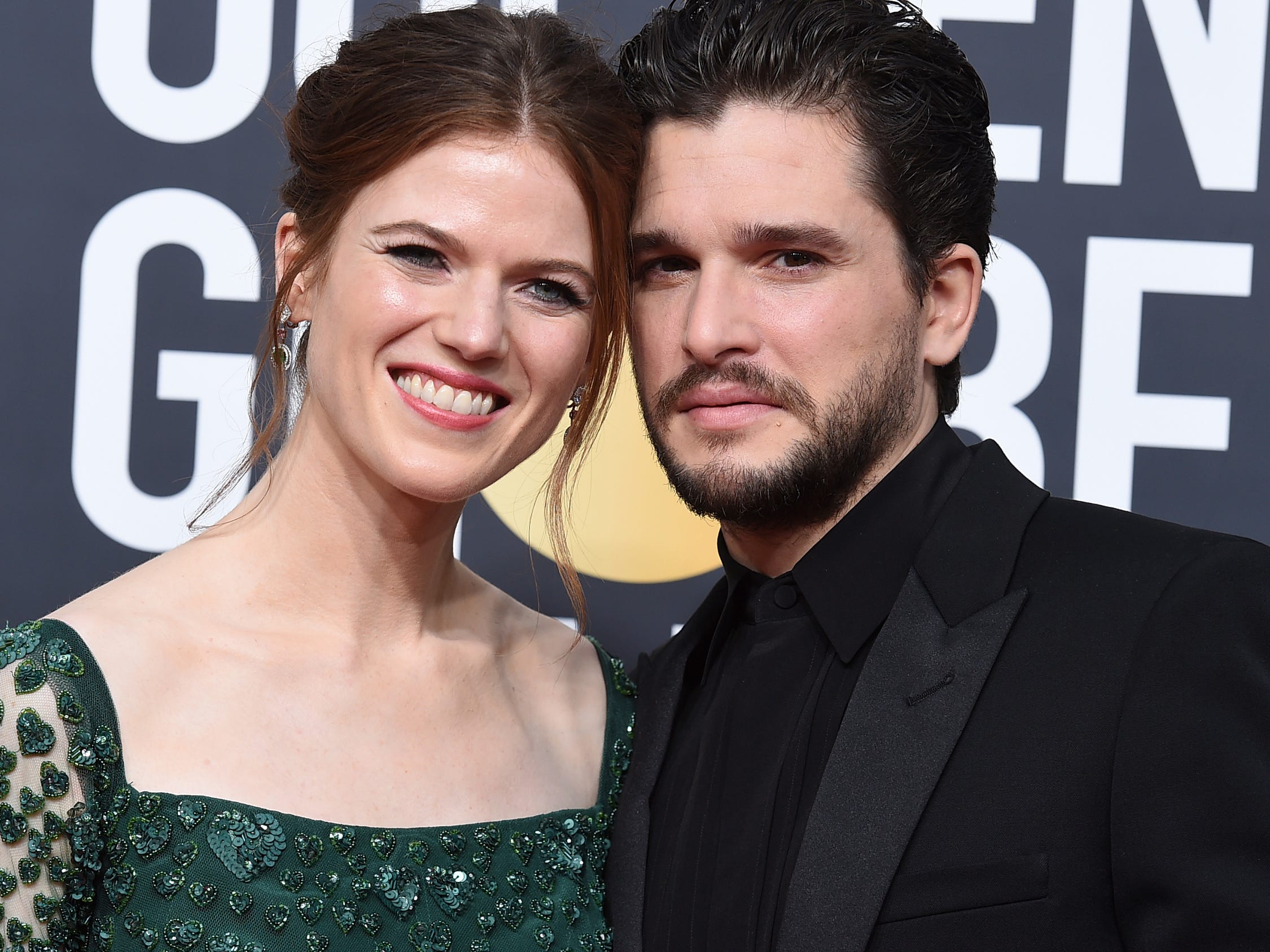 Kit Harington said he pulled an elaborate April Fools’ joke on Rose Leslie, but she totally got the last laugh

Kit Harington appeared on NBC’s “Late Night With Seth Meyers” on Monday and detailed “the most first-world April Fools'” prank that he pulled on Rose Leslie, his wife, this year. The “Game of Thrones” star explained that Leslie has an almond milk brand that she loves, so he “wrote an […]

Kit Harington and Rose Leslie met and fell love on the set of “Game of Thrones.” After 10 years of working on the HBO show, Harington now says his favourite day of filming was the first time he worked with Leslie (who’s now his wife). “She is one of the […]

“Game of Thrones” star Kit Harington hosted this week’s “Saturday Night Live” ahead of the show’s highly anticipated premiere of its final season on April 14. Harington’s opening monologue touched on the show’s end and what’s next for his career, before he was interrupted by a series of audience members […]

“Game of Thrones” star Kit Harington appeared on NBC’s “Tonight Show Starring Jimmy Fallon” on Thursday and revealed that people often shout the line, “You know nothing, Jon Snow,” at him. The iconic quote was said by Rose Leslie’s character, Ygritte, during season two of the hit HBO show. Harington […]

“Game of Thrones” co-stars Kit Harington and Rose Leslie met on set when they played love interests Jon Snow and Ygritte. The couple started dating in real life and were married by the summer of 2018. “I have no idea if we will, but say me and Rose do have […]

All the celebrity couples that got married this year

There are couples that welcomed bundles of joy this year, couples that called it quits, and new couples that no one saw coming. For some stars, 2018 is marked by another milestone – getting married. Stars like Kit Harington and Rose Leslie walked down the aisle for the first time, […]

HBO's "Game of Thrones" may not be known for...