Ron Watkins, the man widely rumored to have started the QAnon movement, said he is running for Congress

In a video posted on Telegram, Watkins said he'd "double down with God as my compass to take this fight to the swamp of Washington DC." 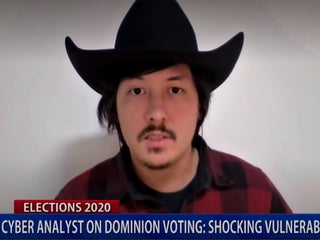 Trump endorsee Kari Lake was shown posing next to the QAnon-linked conspiracy theorist Ron Watkins in a photo he posted on Telegram. 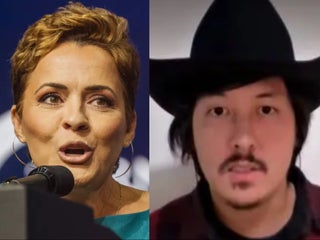 A pro-Trump county clerk is accused of helping to leak sensitive election data to one of QAnon’s leaders: reports

Tina Peters, a Republican county clerk in Mesa, Colorado, is accused off "assisting" in a security breach of election equipment, Vice reported. 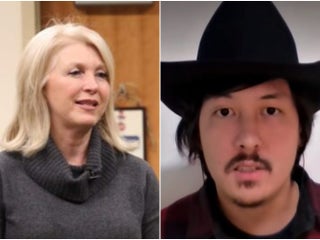 ‘QAnon: Into the Storm’ director Cullen Hoback talks about how 2 random guys trolled the entire world and inspired a deadly insurrection

The HBO series "QAnon: Into the Storm" pulls back the curtain and reveals the men behind the conspiracy theory that broke millions of brains. 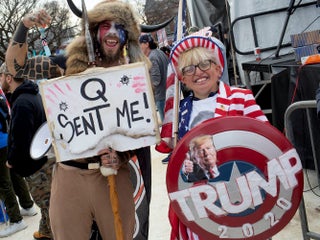 Twitter has suspended the accounts of Trump allies Michael Flynn and Sidney Powell, as well as Ron Watkins, the operator of far-right social media site 8kun, NBC News first reported and Business Insider confirmed Friday. In addition to banning the accounts, which have played a major role in boosting the […] 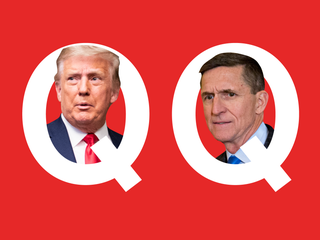 Sidney Powell, a former Trump campaign attorney, cited an affidavit from QAnon figure Ron Watkins in her lawsuit challenging the election results in Georgia. Watkins is a former administrator on 8kun, a far-right messaging board, and a promoter of the QAnon conspiracy. Powell has based her challenge to the election […] 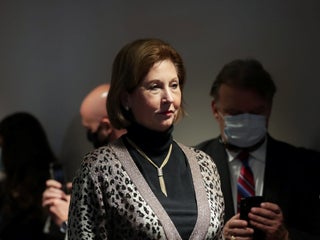