Riders were hanging upside down on a Universal Studios rollercoaster after a power outage, report says

When the "Hollywood Dream - The Ride" in Japan in Osaka, stopped because of a blackout, some riders were left hanging upside for over two hours. 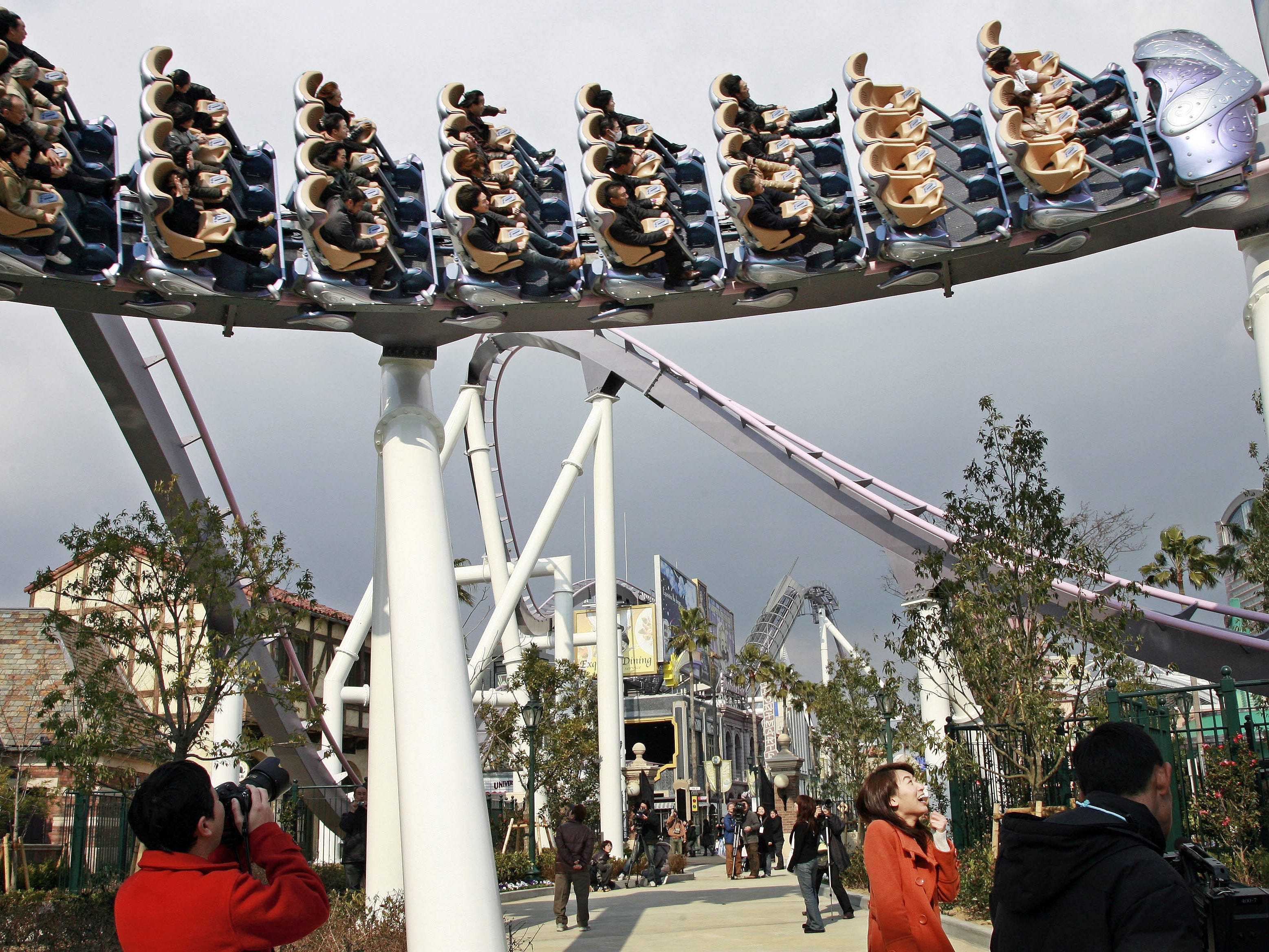 VIDEO: Hidden away in a forest north of Venice is a sprawling amusement park, filled with enormous handmade rides.
US Sep. 4, 2015, 1:59 AM

9 historic roller coasters that you can still ride today

Take a virtual test ride of the world’s fastest, and completely insane, ‘gigacoaster’

The World’s Tallest Roller Coaster Is Coming To Orlando

The 15 Most Thrilling Roller Coasters In America

A dozen people were stuck on a roller coaster at Universal Studios Florida for more than two hours on Wednesday night after a glitch caused the ride’s computers to go into safety mode, the Associated Press reports. The train stopped at the top of the first hill of the Hollywood […]
Lifestyle Sep. 17, 2013, 5:25 AM

The 16 Most Terrifying Roller Coasters On The Planet

[credit provider=”Darren McCollester/Getty Images”] More than 290 million people visited theme parks in the U.S. in 2010, enjoying 1.7 billion rides.For all the fear associated with those rides, theme parks are extremely safe. According to the National Safety Council’s survey of conditions at parks, only 1,299 of those 290 million […]
Lifestyle Nov. 29, 2012, 2:53 AM

The Seaside Heights roller coaster, which is still in the water near the Jersey Shore after Hurricane Sandy destroyed it, will officially be removed, according to The Asbury Park Press.
Markets Aug. 15, 2012, 9:26 PM

[credit provider=”Six Flags”] Fox NY is reporting that a boy was minorly injured while riding a roller coaster at a New Jersey Six Flags.As the train for Kingda Ka returned to the station, a bird collided with the boy’s face.
Next Page »