Here’s why the steep sell-off in Roku stock is overdone and the shares are set to soar 56%, according to Bank of America

Roku will be able to hold its own against increased competition from smart-connected TVs that utilize Amazon's Fire platform, BofA argued. 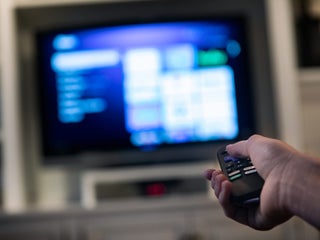 Some analysts saw the hefty sale as part of Wood's strategy of gradually cashing in gains on winners. 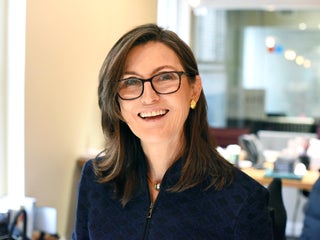 Bank of America raised its price target for Roku stock to $US500 from $US380 on Monday, implying an 18% surge from Friday’s close. The bank’s analysts expect the shift of advertising dollars to streaming platforms to continue driving record quarterly profits and revenue. International expansion and the addition of content […] 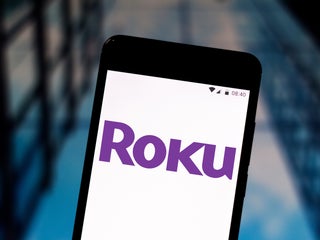 Roku surged 7% on Thursday after striking a long-awaited deal to carry HBO Max on its streaming platform. Since the launch of HBO Max seven months ago, WarnerMedia and Roku had failed to reach a deal for the number one streaming platform by market share to carry the new iteration […] 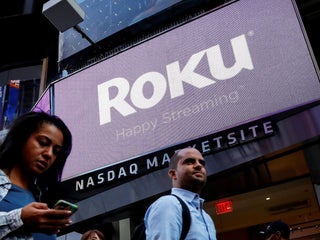 Roku has a new biggest bull on Wall Street, who says the stock could surge 47% — and shares are spiking

Roku gained its biggest Wall Street bull yet when Laura Martin of Needham increased her price target to $US200 on Tuesday, a 47% upside from Monday’s close. Shares of Roku spiked as much as 7% on the news. Martin wrote that investment risks for Roku are falling and called it […] Roku shares fell as much as 16% Monday after Morgan Stanley downgraded the stock from “equal-weight” to “underweight.” Morgan Stanley analyst Benjamin Swinburne said that in light of Roku’s 400% gain this year, the stock’s risk/reward profile is skewed to the downside. Swinburne added that Roku’s valuation has surpassed not […] Several Wall Street analysts are standing by Roku after the company’s share price plunged more than 14% on Thursday morning following disappointing earnings. Despite Roku reporting stronger sales and a smaller loss than analysts expected for the third quarter, the outperformance was weaker than that of previous periods. Analysts are […] ‘Like 4chan found a Bloomberg terminal’: Here’s how one Reddit user raked in a 14,000% return on two simple trades

A member of the Reddit page WallStreetBets grew $US766 into $US107,758 in two late-September trades, Bloomberg reported Thursday. Eddie Choi first purchased put options for Roku stock, profiting $US49,787 when the streaming provider’s shares tanked more than 19% on September 20. The trader then used his profits to buy put […] Shares of Roku exploded as much as 22% to a record high of $US123.16 on Thursday morning after the streaming platform reported second-quarter earnings that smashed Wall Street estimates. The streaming company topped 30 million active accounts for the first time after adding 1.4 million new accounts during the period. […]

Roku has skyrocketed 240% this year. We spoke to 3 experts about why, and what investors should be looking for in the future.

Roku, a provider of smart TVs and a wildly popular streaming platform, has risen 240% since the start of the year. Markets Insider spoke with three Wall Street analysts to dive into the metrics, initiatives, and trends that have helped elevate Roku’s market value this year. The analysts mentioned everything […]