Myanmar has had an internet blackout for a year. Some of its citizens still don’t know there’s a pandemic.

On June 21 2019, Myanmar imposed a total internet blackout on mobile internet in nine cities and townships in the states of Rakhine and Chin. The blackout remains in place for eight of those areas and is so severe that some villages in the vicinity are completely unaware of the […] 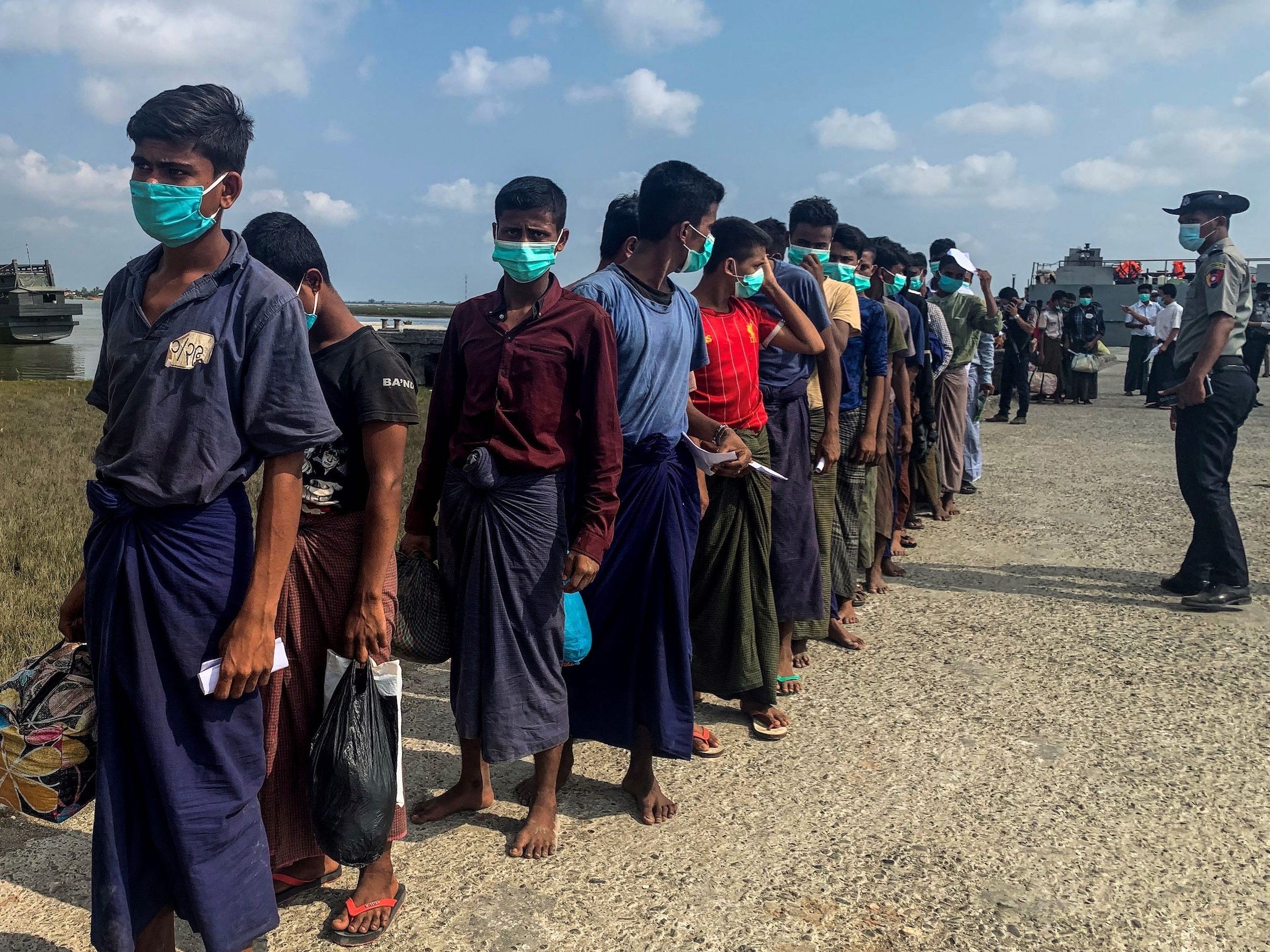 Facebook on Saturday apologised for mis-translating Chinese President Xi Jinping’s name to “Mr. Shithole” in posts on the site translated from Burmese to English. The translation error was first discovered in an official Facebook post about Xi’s meeting with Myanmar’s leader Aung San Suu Kyi. Facebook said in a statement […] What life is like on the border of Myanmar and Bangladesh, where a UN-labelled ‘genocide’ has left 1 million refugees living in limbo

Myanmar and Bangladesh are divided by the Naf River. Below the river, Rakhine State in Myanmar has been a place of conflict for decades. The Rohingya people, who lived there, have not been recognised as citizens since 1982. This is what life on the border looks like on the ground. […] The biggest scandals that rocked Facebook over the past 15 years, from Mark Zuckerberg’s infamous leaked Harvard IMs to a $5 billion fine

Facebook has weathered numerous scandals in its 15 years of existence. In 2004, CEO Mark Zuckerberg sent IMs calling early Facebook users “dumb f—-” for sharing their personal information with him, and he was famously sued by the Winklevoss twins. In 2018, the Cambridge Analytica scandal came to light, Zuckerberg […] Trump asked ‘where is that?’ when a Rohingya refugee asked him if he was doing anything to stop the genocide in Myanmar

On Wednesday, Trump met with victims of religious persecution from countries including China, Turkey, North Korea, Iran, and Myanmar. In a clip that’s circulating online, a Rohingya refugee asked Trump what he planned to do about the genocide in Myanmar. Trump responded: “Where is that?” A man next to Trump […] Twitter CEO Jack Dorsey is facing backlash for encouraging people to visit Myanmar, where social media may have helped fuel a mass genocide Canada’s parliament on Thursday voted to strip Myanmar’s de facto leader Aung San Suu Kyi of her honorary Canadian citizenship as part of the country’s crackdown of global human-rights violators. Suu Kyi had been granted the symbolic citizenship in 2007 in recognition for the way she addressed the mistreatment of […] This 24-year-old Goldman Sachs banker wants to solve the global water crisis — and the bank just gave him $200,000 to get started

Bondh-E-Shams, a charity founded by a 24-year-old Goldman Sachs analyst Hamza Farrukh, won a $US150,000 ($AU201,500) grant from the bank. It focuses on providing clean water to poor, rural communities in Pakistan and to Rohingya refugees in Bangladesh. Founder Hamza Farrukh told Business Insider that his ultimate goal is to […] Canada’s foreign minister keeps scribbling notes on her hand, and they could provide clues about the NAFTA talks Workers at Facebook reportedly “lose sleep” over the use of their platform to spread hate speech. The Facebook executive who oversees the newsfeed algorithm said addressing such content was one of his team’s biggest challenges. Facebook’s CEO, Mark Zuckerberg, has expressed reservations about cracking down on speech. Adam Mosseri, Facebook’s […] More than 620,000 Rohingya Muslims have fled from Myanmar to Bangladesh in the last three months. There are now over 800,000 Rohingya living in two camps – Kutupalong and Balukhali – around Cox’s Bazar in southern Bangladesh. Two satellite images show how much the camps have grown in the last […] They have been called “the most persecuted minority in the world.” Subjected to rape, killings, and the destruction of their villages, more than 600,000 Rohingya Muslims have fled to Bangladesh from Myanmar since August. “The situation seems a textbook example of ethnic cleansing,” Zeid Ra’ad al-Hussein, the chief of the […] The United Nations convenes this week for its...