Roger Goodell was joined by players, teams, and fans across the NFL in supporting Carl Nassib's decision to come out. 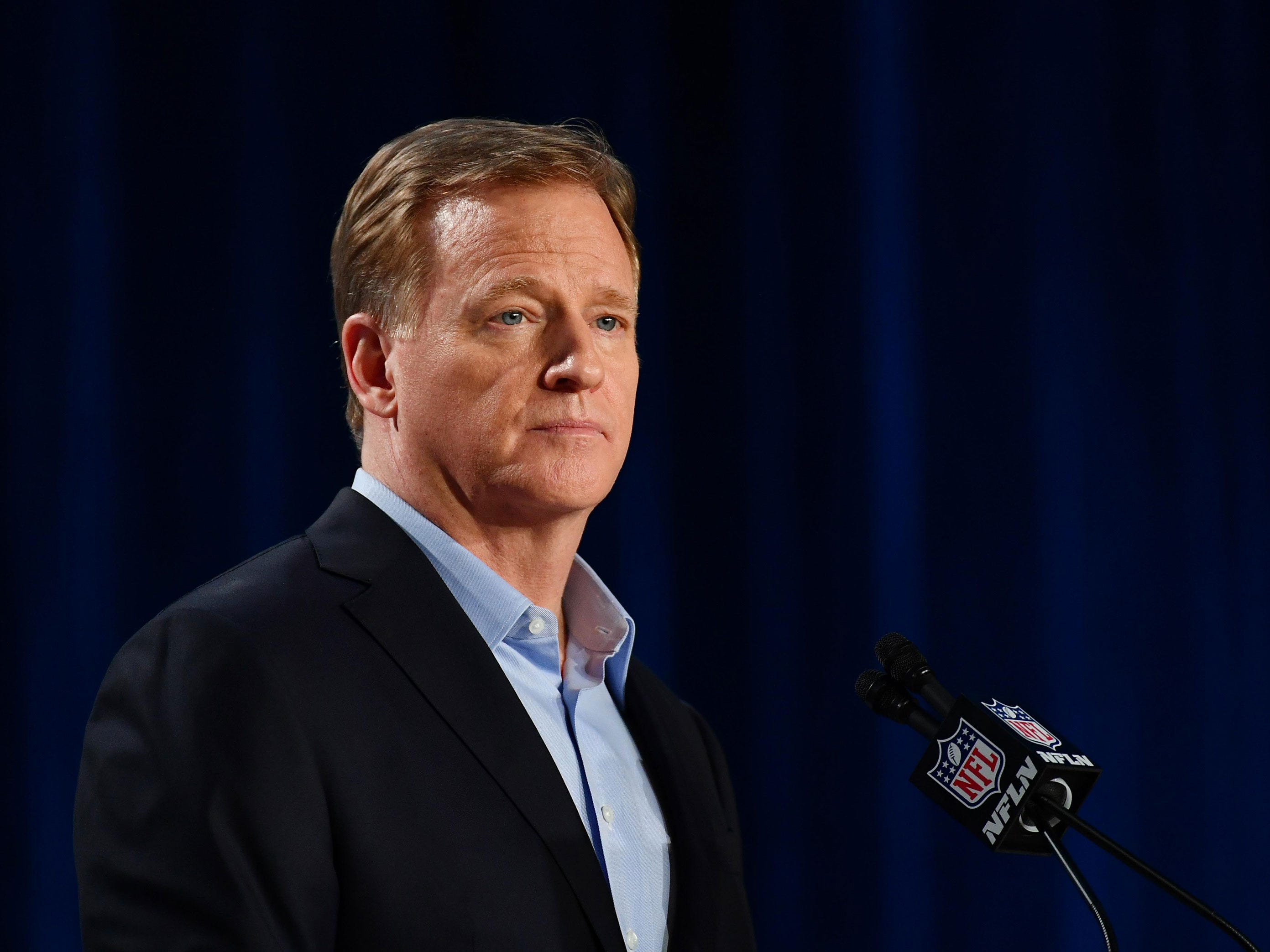 Former NFL official Jim Howey worked in various capacities during his 19 seasons in the NFL. We asked him what it takes to be a referee in the league. 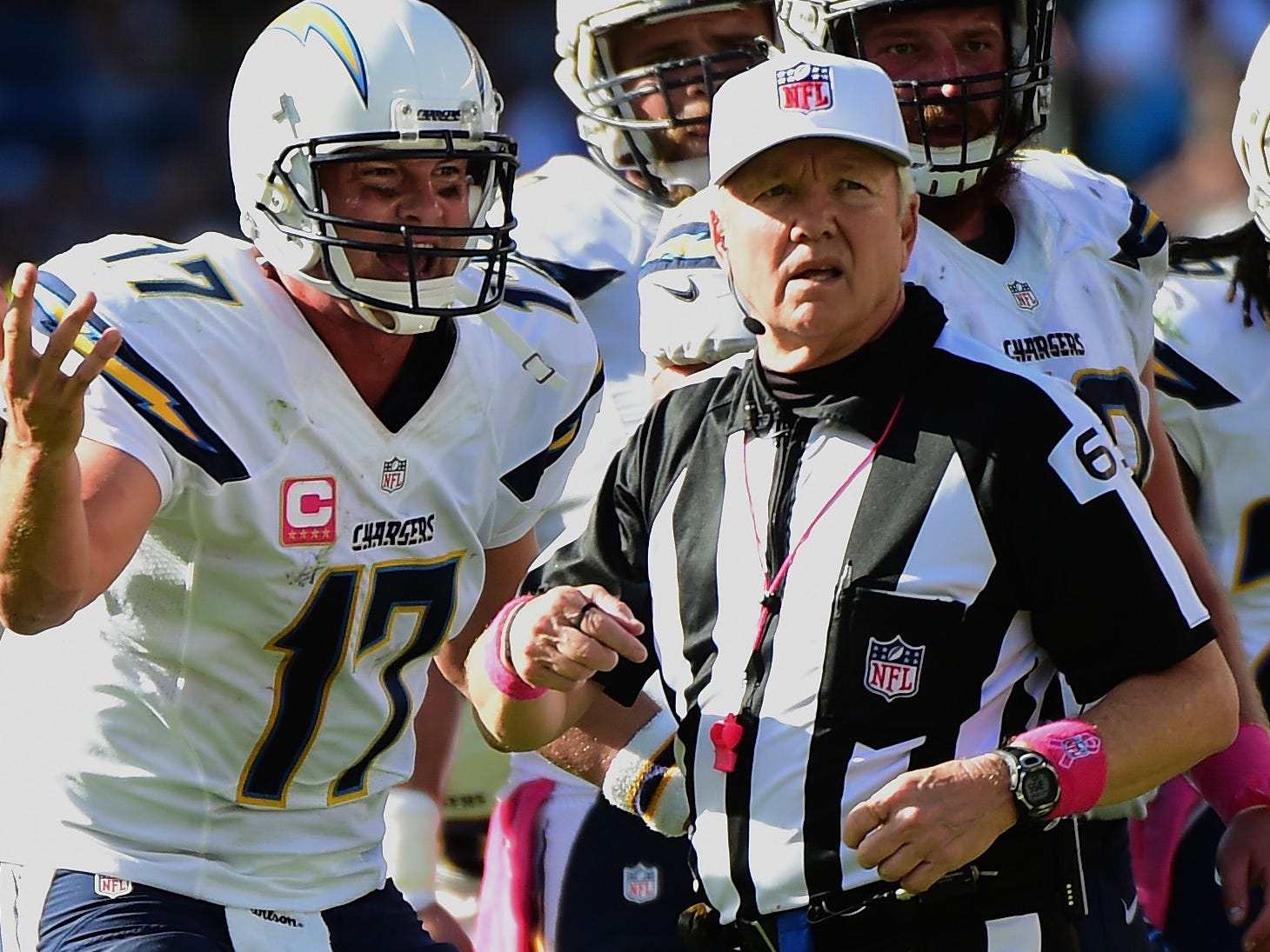 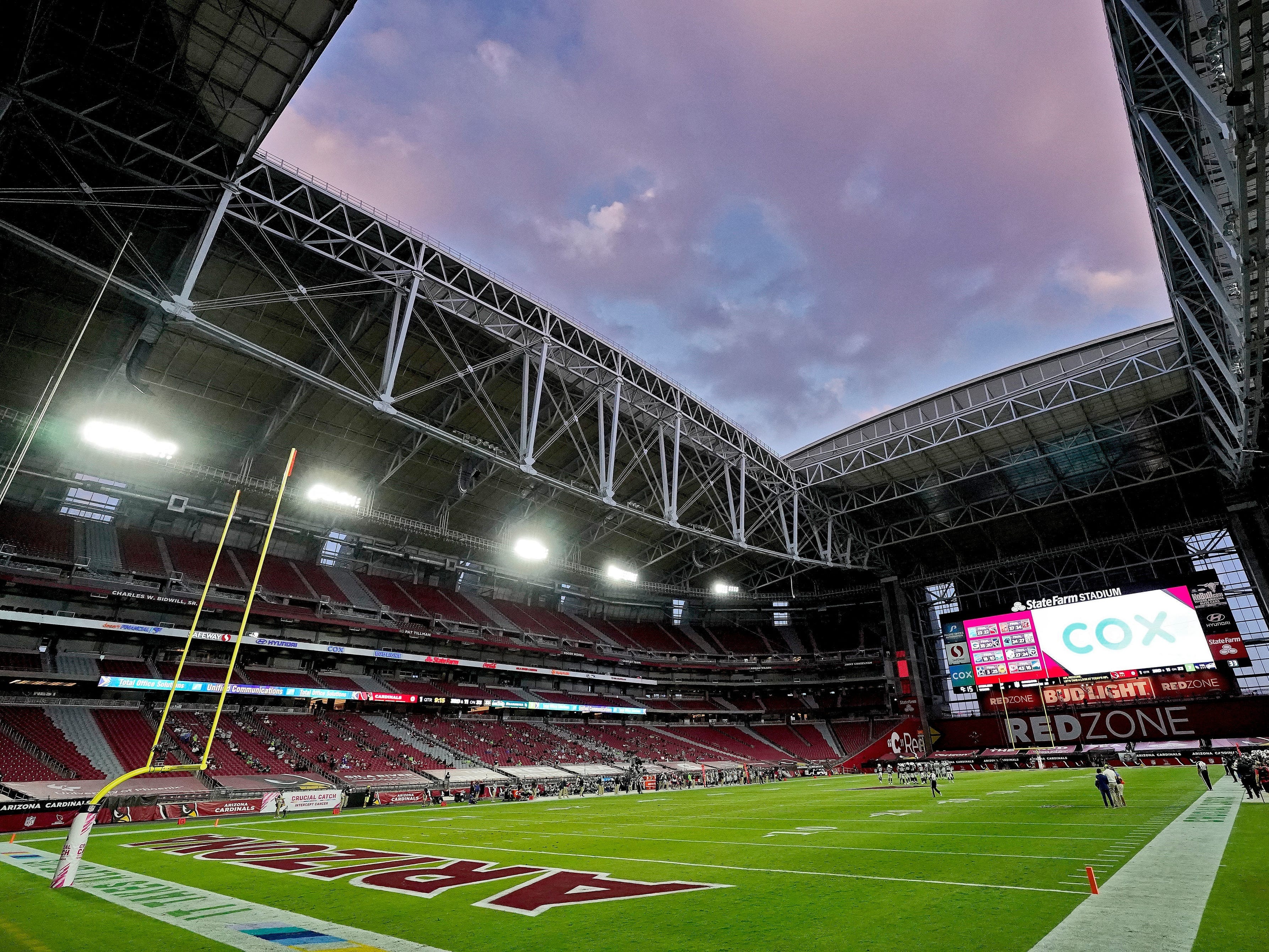 The NFL is planning on inviting healthcare workers to Super Bowl LV in Tampa Bay, Florida. NFL Commissioner Roger Goodell revealed the plan in a letter to the Tampa Bay Super Bowl LV Host Committee. “We will also use this as an opportunity to promote the importance of vaccination and […] 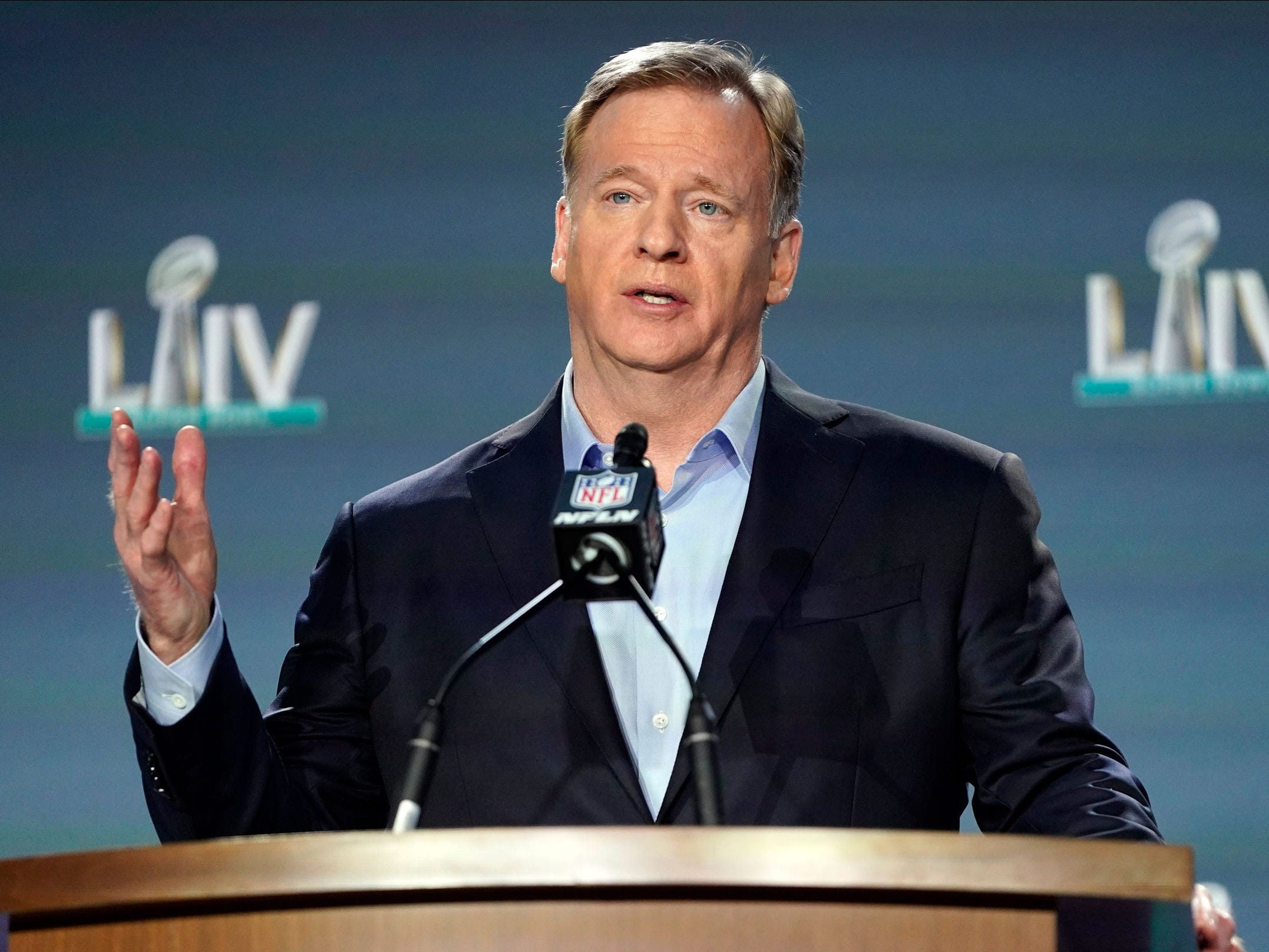 The NFL shifted its stance on kneeling during the national anthem when NFL Commissioner Roger Goodell admitted the league was wrong to discourage players from peacefully protesting. Some fans were angry with the league for abandoning the argument that kneeling disrespects the flag, while others felt Goodell did not go […] 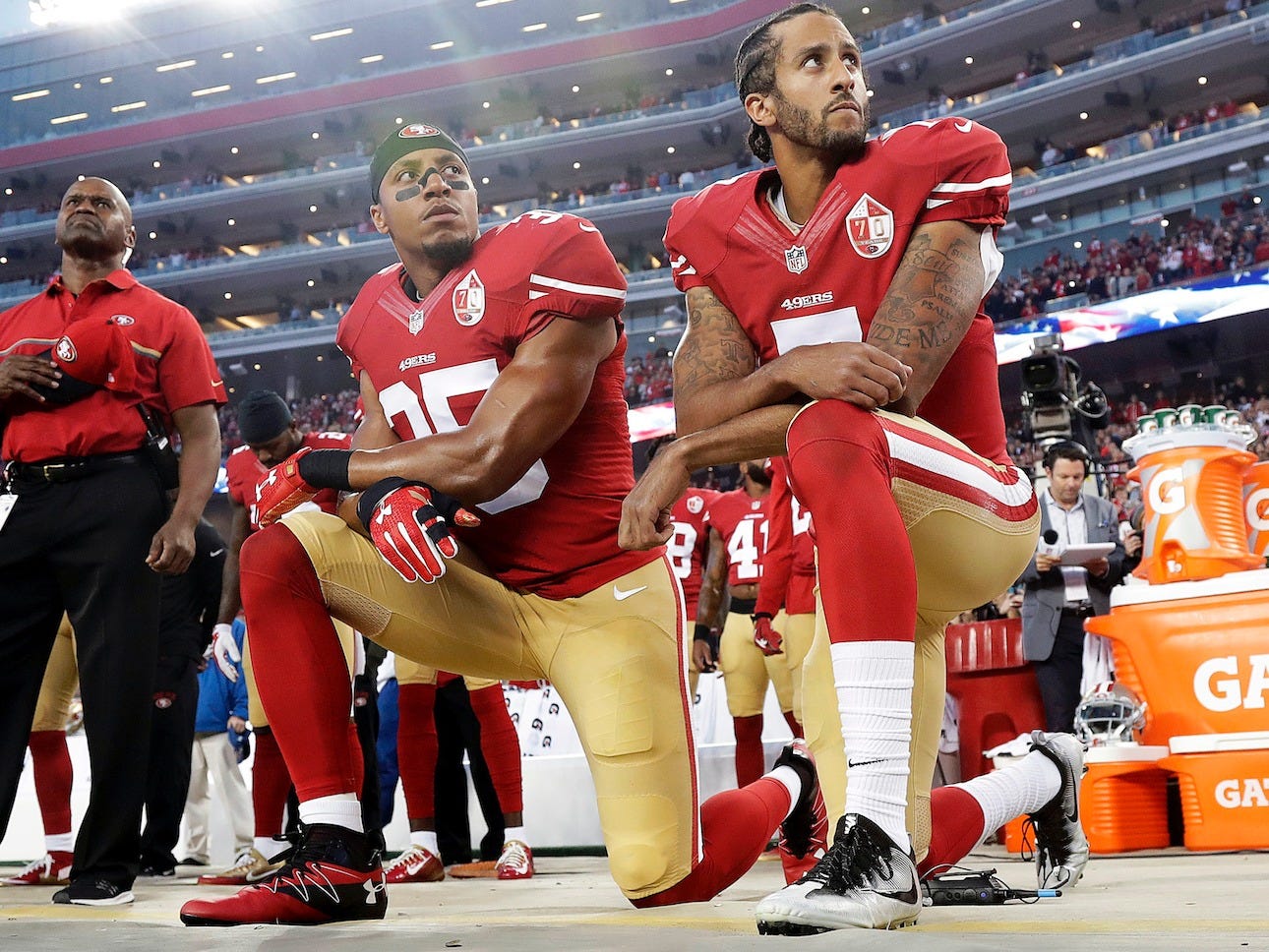 NFL Commissioner Roger Goodell told ESPN that he would “encourage” teams to sign Colin Kaepernick. “It’s going to take a team to make that decision,” Goodell said. “But I welcome that, support a club making that decision and encourage them to do that.” Kaepernick has not played since the 2016 […] 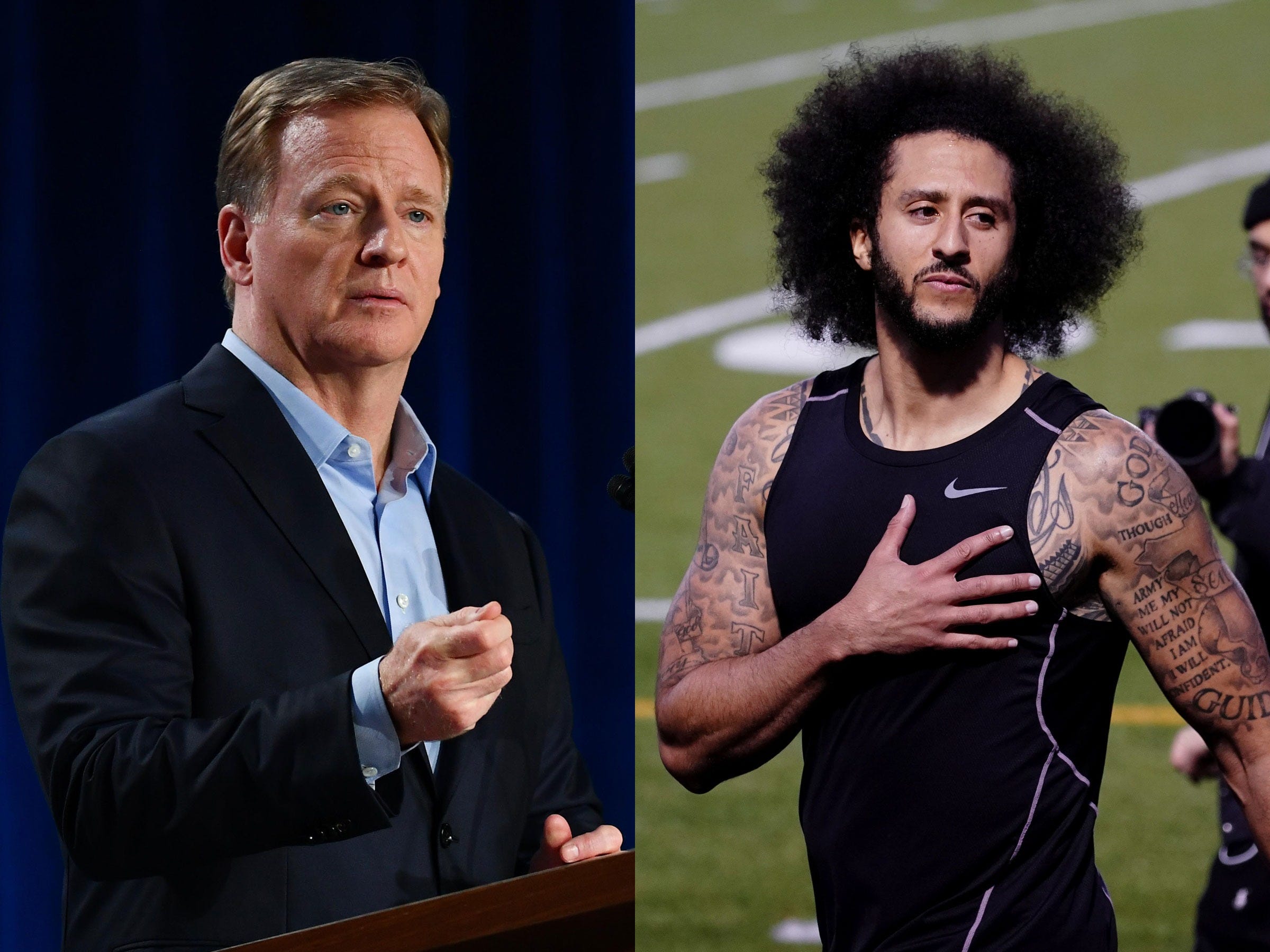 NFL Commissioner Roger Goodell apologised for the league’s resistance to player protests, saying the NFL wanted “to be part of the much-needed change in this country.” Goodell’s words are a good starting point, but the NFL’s true test will come in the fall when games begin, players take part in […] 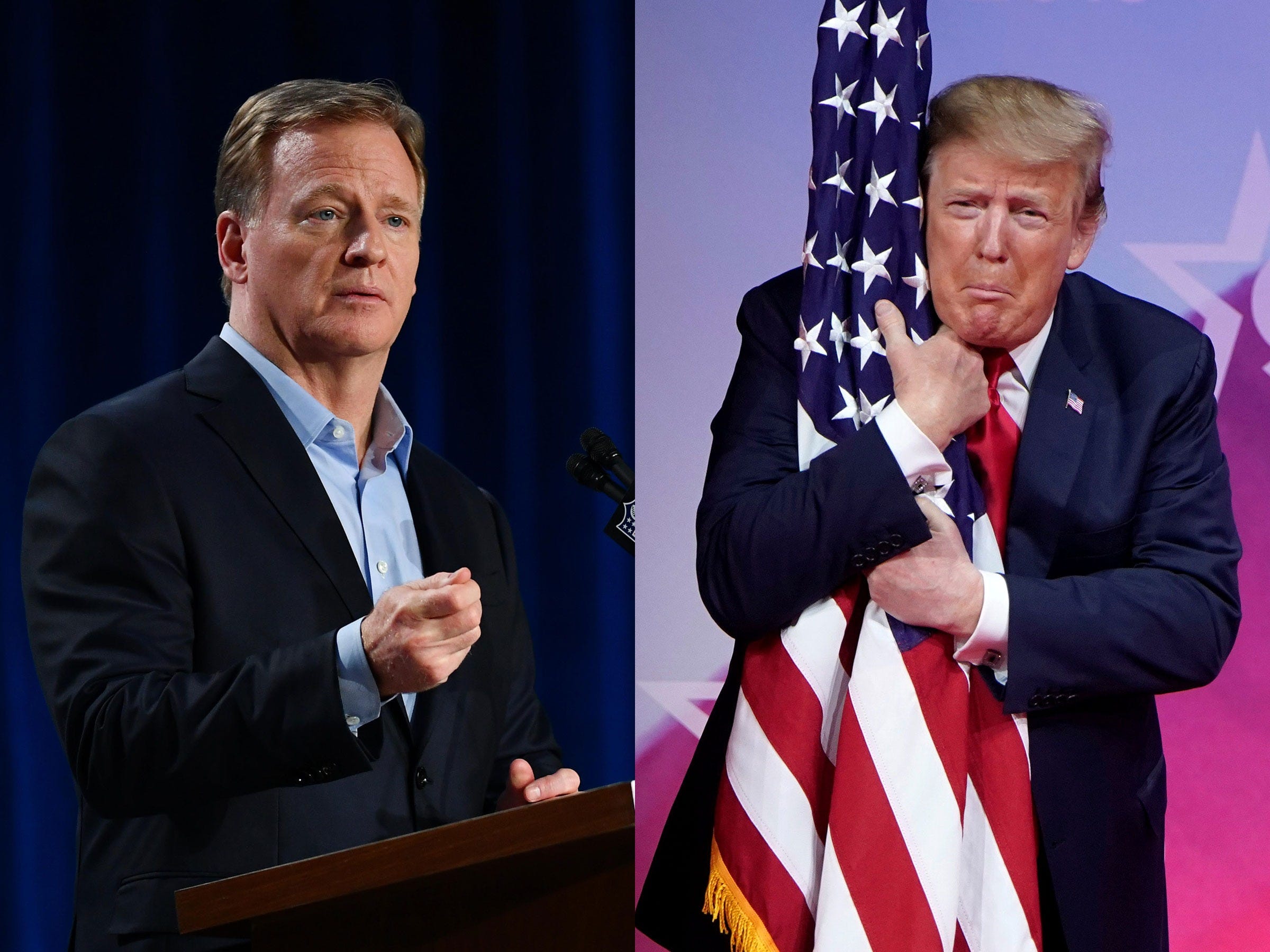 NFL Commissioner apologised for the league’s previous stance against player protests in a video posted to social media on Saturday. “We the National Football League believe black lives matter,” Goodell said. The video would not have happened without the work of two NFL social media employees – Bryndon Minter and […] 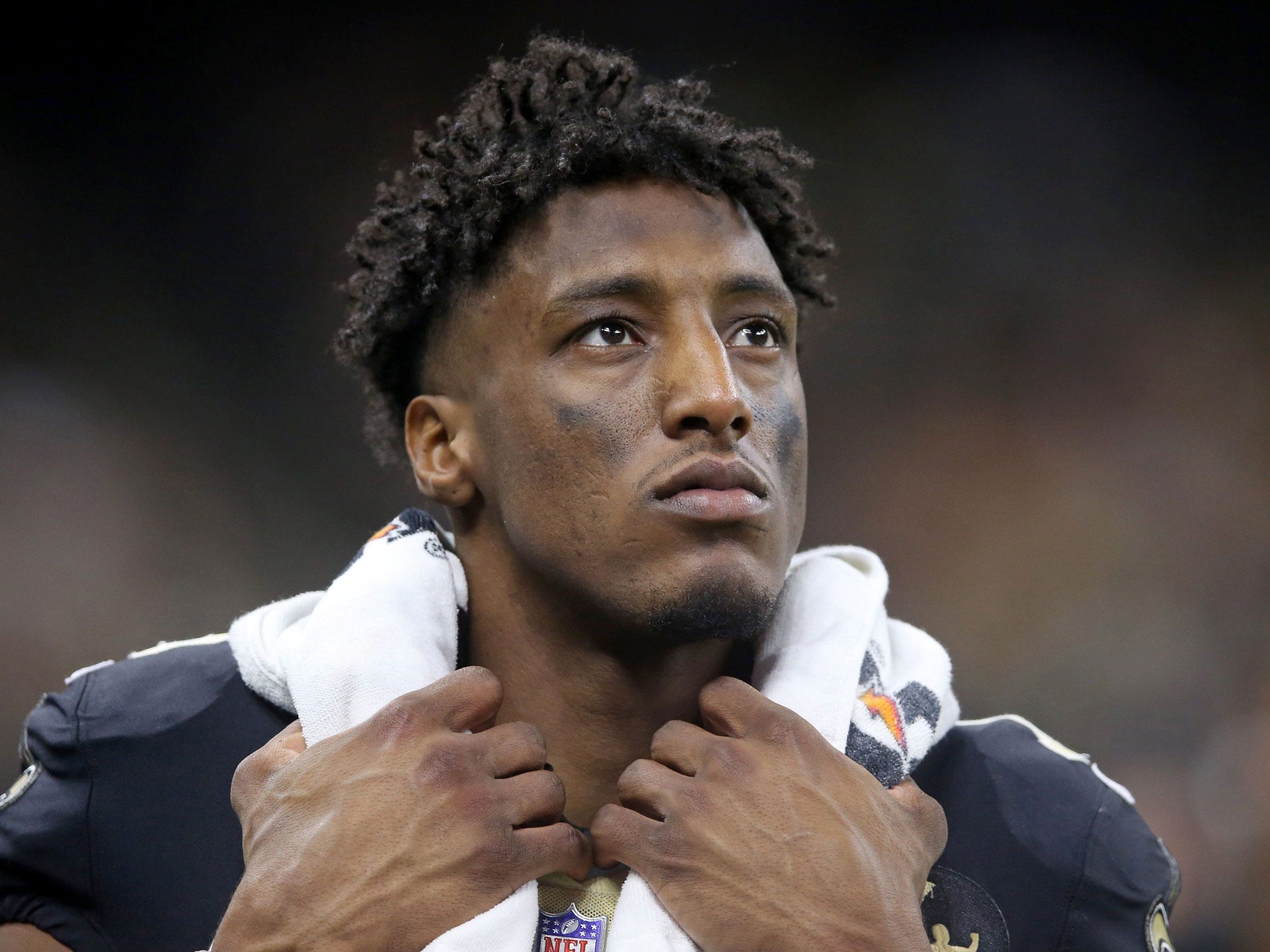 The NFL on Friday said it that supported players’ rights to protest during the national anthem, saying “Black lives matter.” Patrick Mahomes was involved in a video made by NFL players encouraging the league to reconsider its stance on protests and to recognise the Black Lives matter movement. According to […] 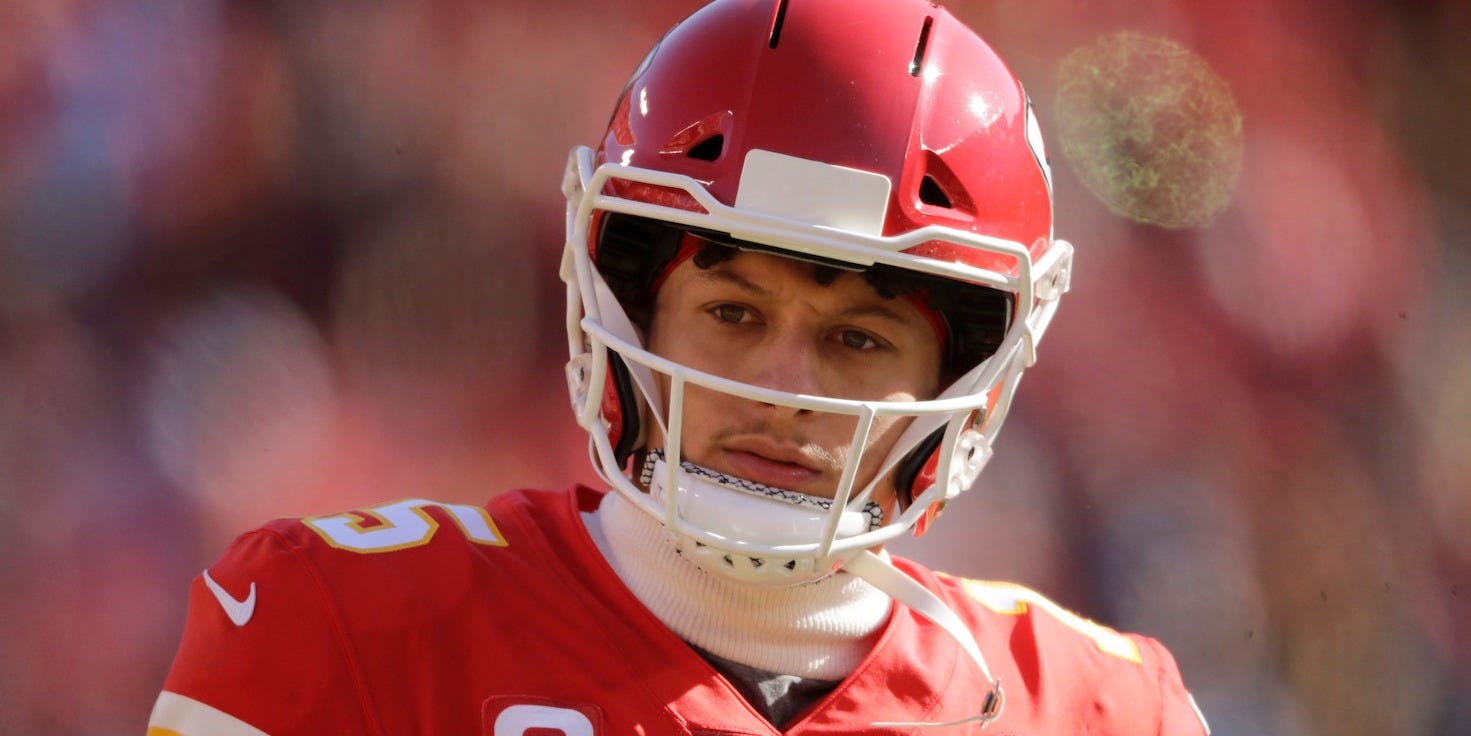 With the coronavirus pandemic preventing the NFL Draft from convening in Las Vegas, commissioner Roger Goodell will be announcing the picks remotely in the league’s first-ever virtual draft. Goodell used his Twitter to give fans a look at the “man cave” in his Bronxville, New York, home that will play […] 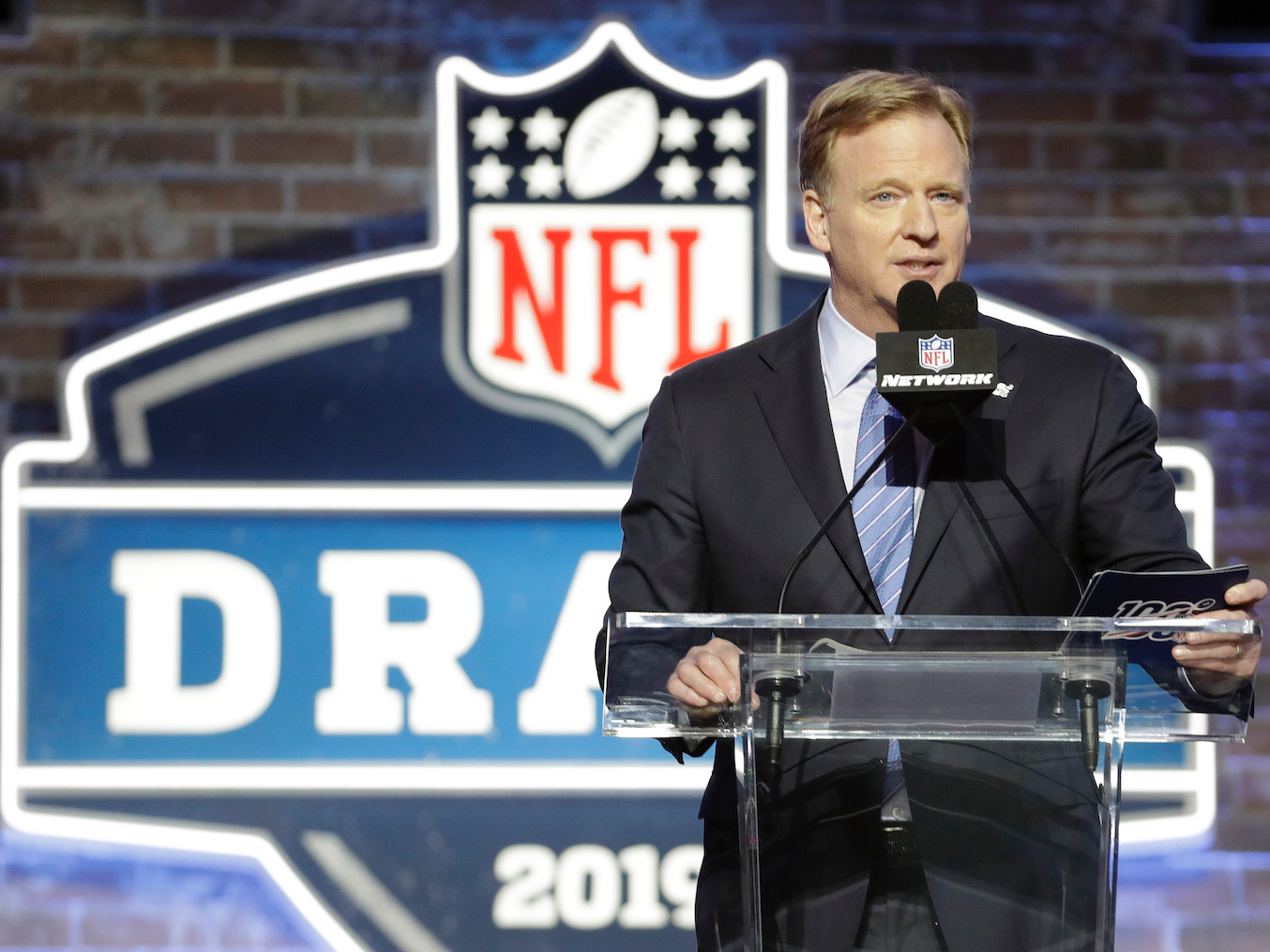 The 2020 NFL draft will be held virtually. Commissioner Roger Goodell will announce picks from his basement, 32 teams will join a Microsoft Teams channel and teleconference call to make picks. Draft prospects will be filmed at home for reaction shots and interviews. Teams have expressed concern about privacy and […] 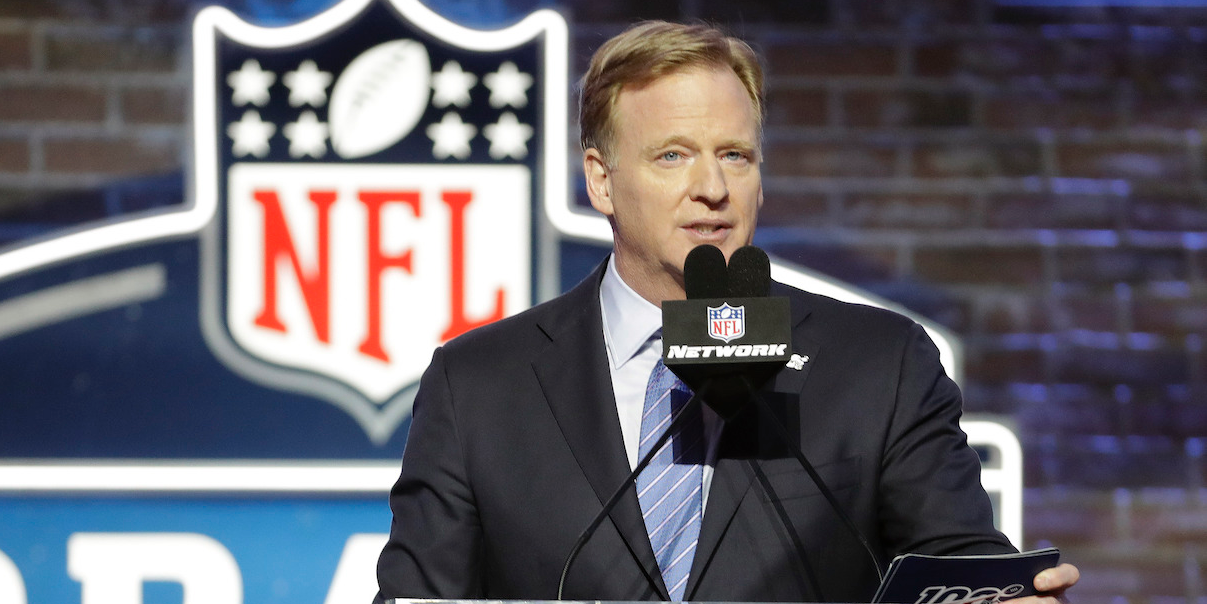 The 2020 NFL draft is going on as planned from April 23-25, despite sporting events being cancelled and postponed due to the spread of the coronavirus. In a memo, NFL Commissioner Roger Goodell warned teams that publicly criticising the decision to hold the draft as planned “is grounds for disciplinary […]

The NFL’s botched workout for Colin Kaepernick was unlike anything the league had ever put together, and blame for the debacle is flying in all directions

Last week the NFL made the shocking announcement that Colin Kaepernick would be taking part in a workout put together by the league in Atlanta on Saturday. In the days that followed, offers were made, accusations were traded, and waivers went unsigned, with Kaepernick ultimately skipping the NFL-sanctioned workout in […]
News Aug. 16, 2019, 1:09 AM

Jay-Z and the NFL announced a partnership in which Jay-Z’s Roc Nation will introduce several new music and entertainment initiatives with the NFL and its social justice initiative, Inspire Change. The partnership has been met with criticism, as Colin Kaepernick, who remains unsigned since protesting systemic oppression in 2016, is […]
News Sep. 14, 2018, 1:34 AM

We talked to a former NFLreferee and asked him what it takes to be an official in the football league. Jim Howey worked in various capacities during his 19 seasons in the NFL, including as a back judge, head linesman, and down judge. He revealed the path that led him […]
News May. 26, 2018, 12:59 AM

When the NFL unveiled its controversial new national-anthem policy on Thursday, its commissioner, Roger Goodell, said it had received unanimous support from team owners. But two owners say they did not vote on the policy, casting doubt on Goodell’s statement. At least three teams have indicated they did not support […]
News May. 24, 2018, 3:27 AM

The NFL has a new national-anthem policy and it appears that the league caved to the demands of President Donald Trump and those who vilified the ongoing protests of players against police brutality and racial inequality in the justice system. The new policy makes clear that all players should stand […]
News May. 22, 2018, 1:40 AM

Roger Goodell wants Congress to standardize sports betting with at least ‘four core principles,’ but one stands out over the others

The NFL’s commissioner, Roger Goodell, wants Congress to oversee sports betting now that states are free to make it legal. Goodell wants uniform standards for sports betting that include at least “four core principles.” While three of the principles feel like no-brainers, the fourth will receive a lot of pushback […]
News Apr. 27, 2018, 10:32 AM

NFL commissioner Roger Goodell got greeted with boos at the start of the 2018 NFL Draft in Dallas. Goodell had attempted to mitigate the booing crowd by taking the stage with Cowboys legends – Roger Staubach, Troy Aikman, and Jason Witten. The ploy didn’t work, as the Dallas crowd booed […]
Next Page »