Chipotle just announced Chippy, an AI kitchen assistant that will help make its tortilla chips in restaurants where the autonomous robot gets deployed. 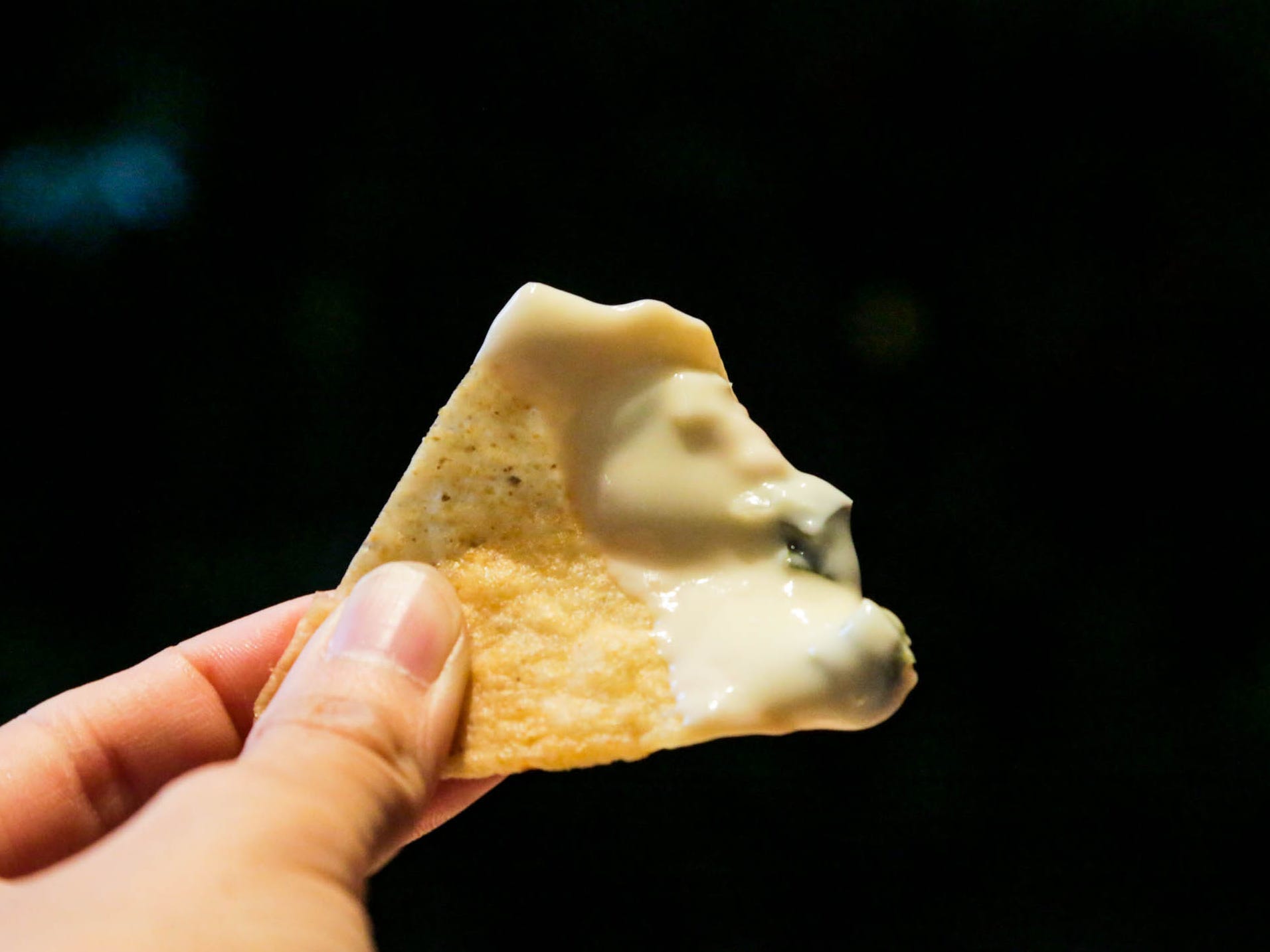 Take a look inside a robot fast-food kitchen with fully autonomous ovens, freezers, and cleaning systems that don’t require any staff

Hyper Robotics' first robot kitchen was built for a Pizza Hut location in Israel, which can make 50 pizzas an hour. 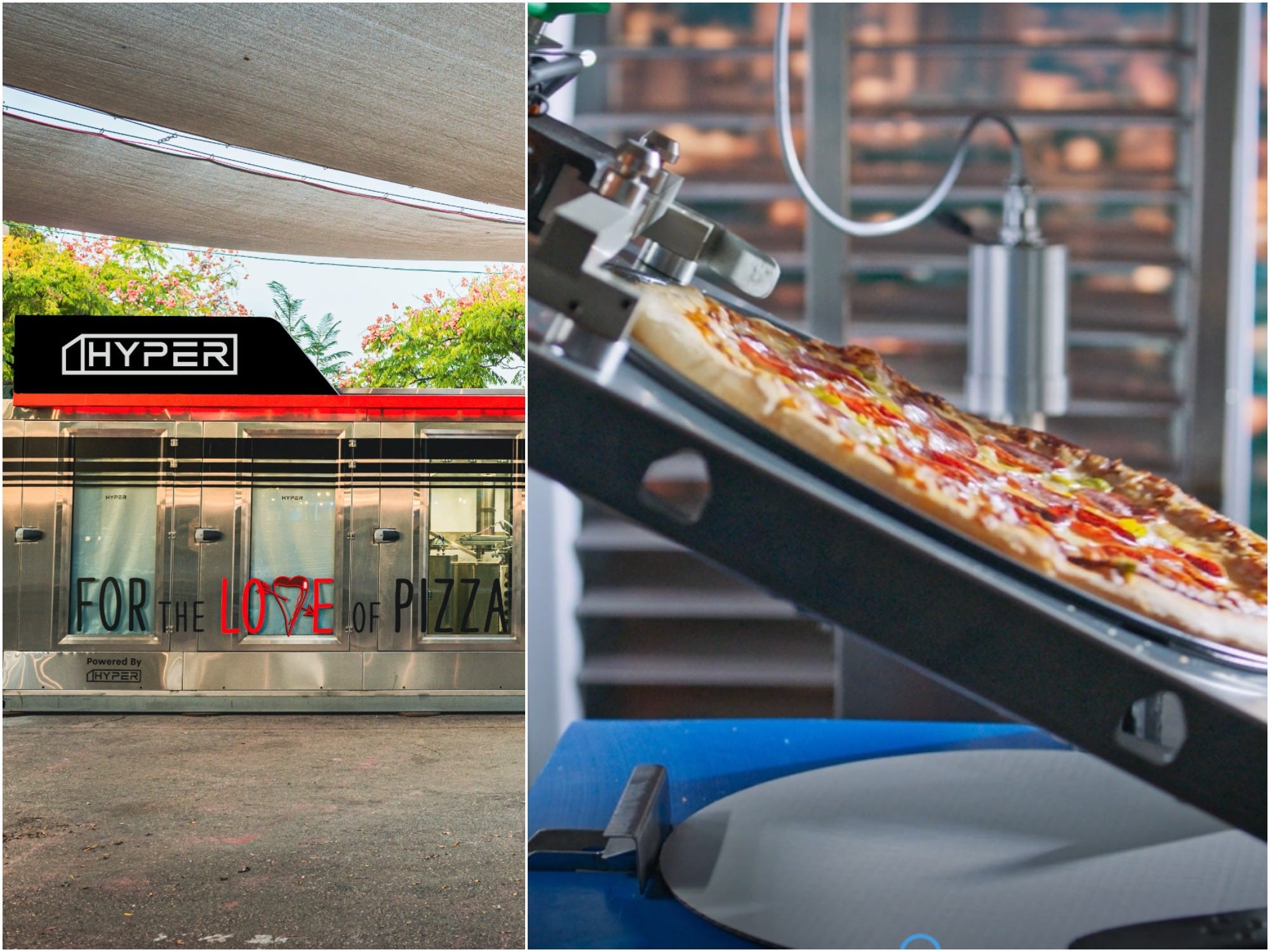 They can chat too much, give up work when they're hungry, and run away from guests wearing lots of jewelry. The robots, that is. 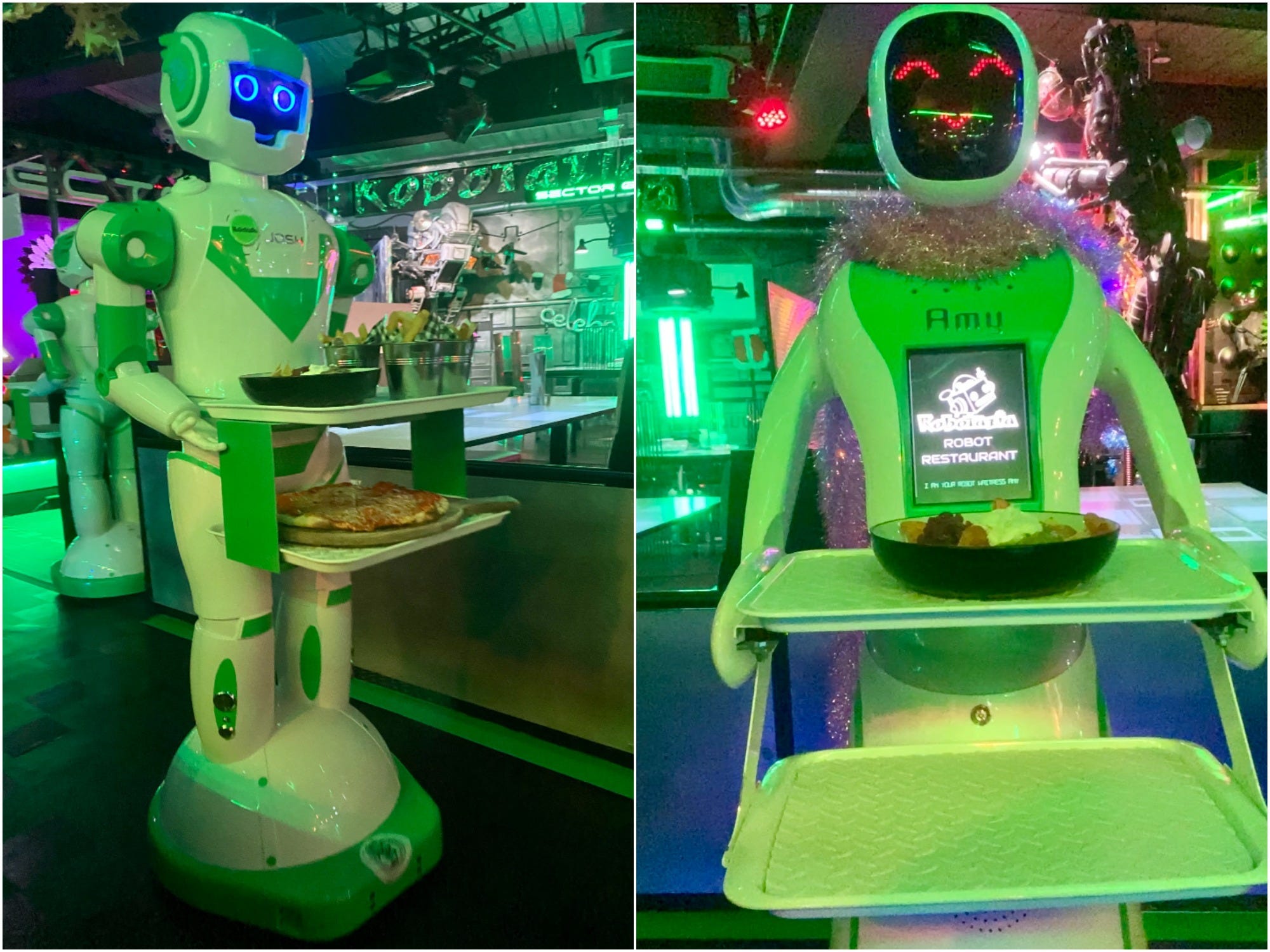 3 former SpaceX engineers have launched a robot restaurant that makes a pizza every 45 seconds. Take a look inside.

Stellar Pizza, a robotic pizza restaurant that can make a pizza in less than five minutes, has more than 23 employees who used to work at SpaceX. 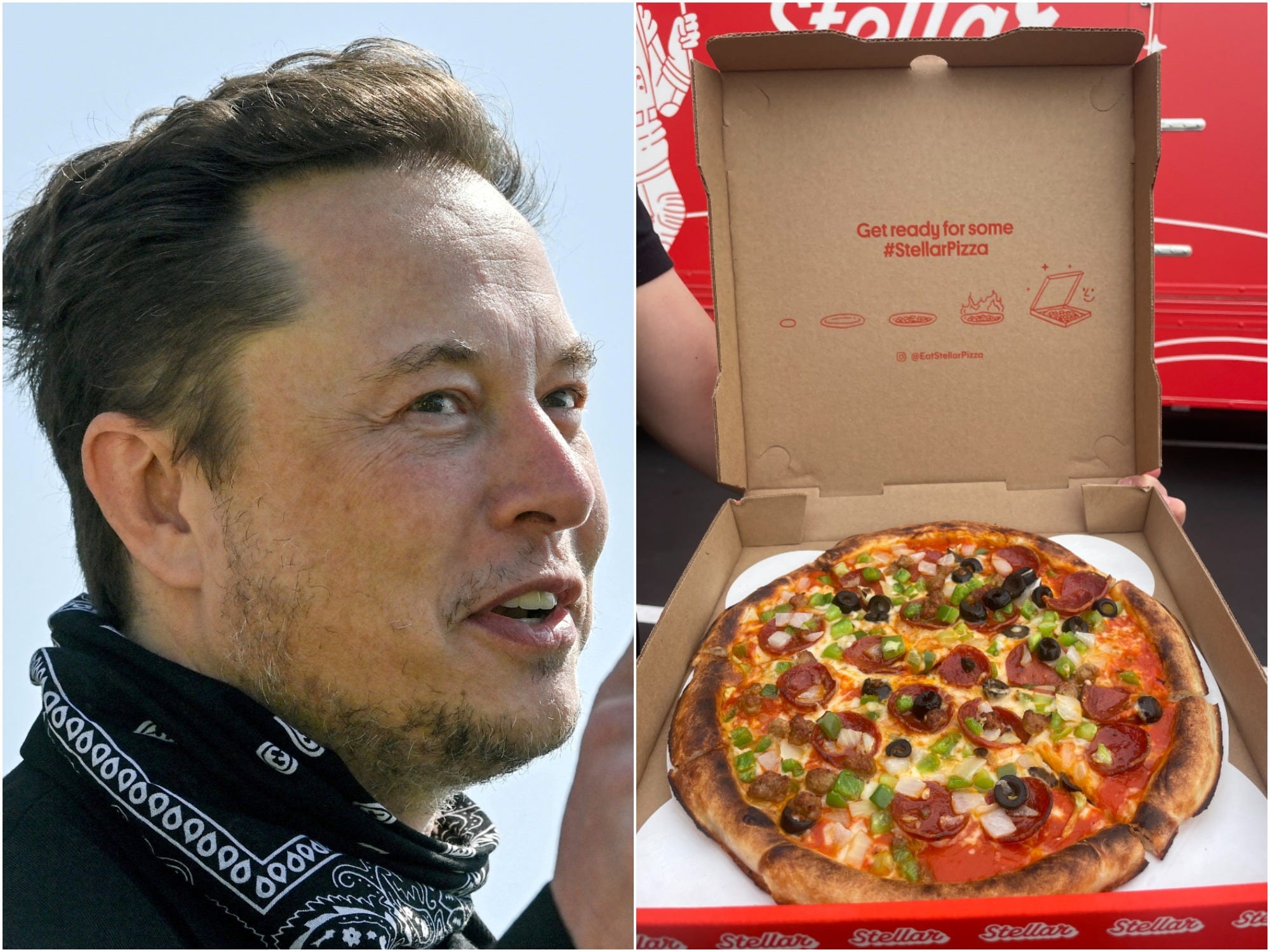 I was served by talking robots at a sci-fi restaurant. It was fun but the hospitality sector could easily survive without them.

The robots cry if guests come too close and roll back to their battery stations when they need to "recharge," the restaurant owners said. 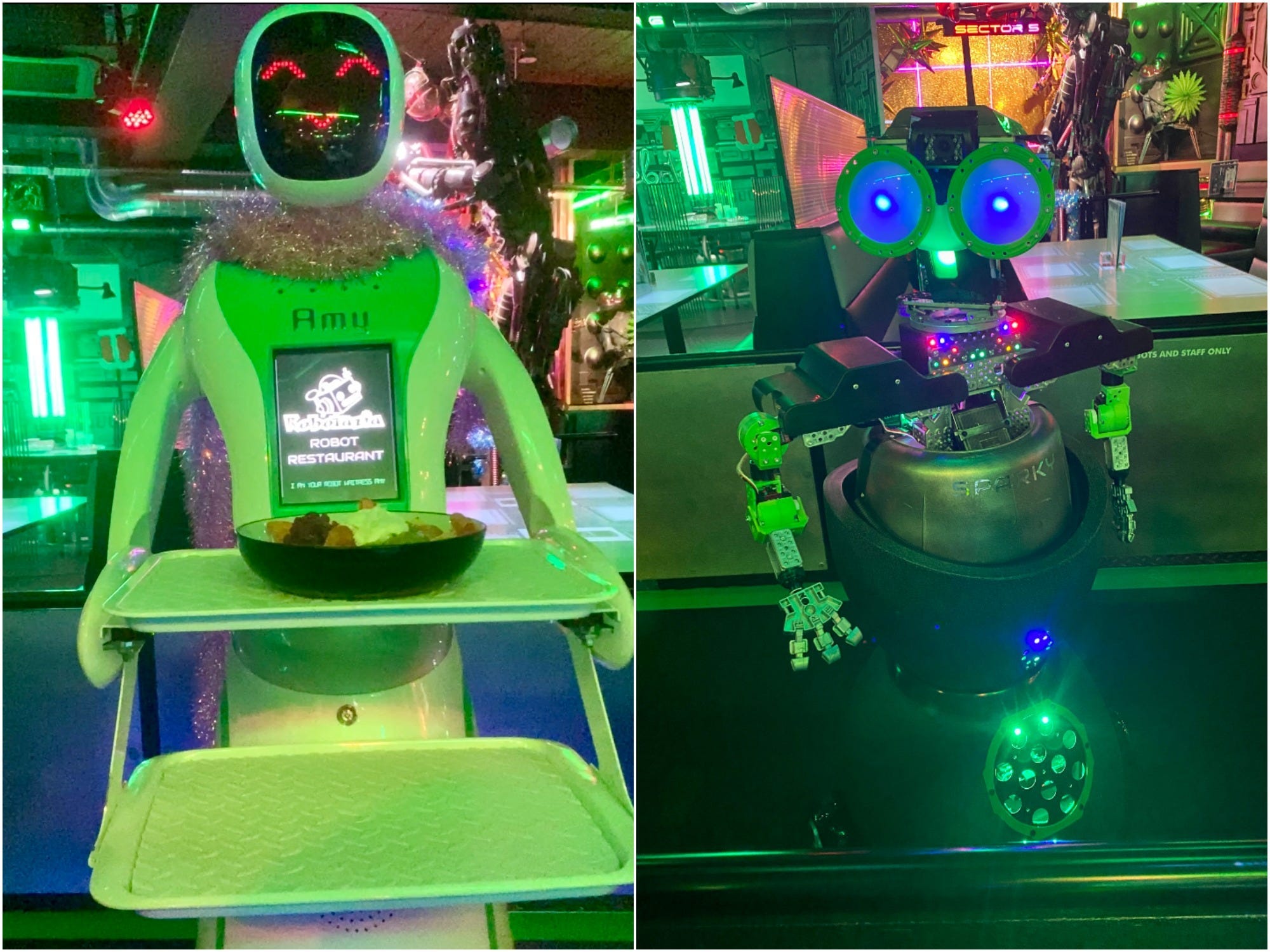 American companies ordered a record 29,000 robots in the first 9 months of this year as they battled the labor shortage, an industry group says 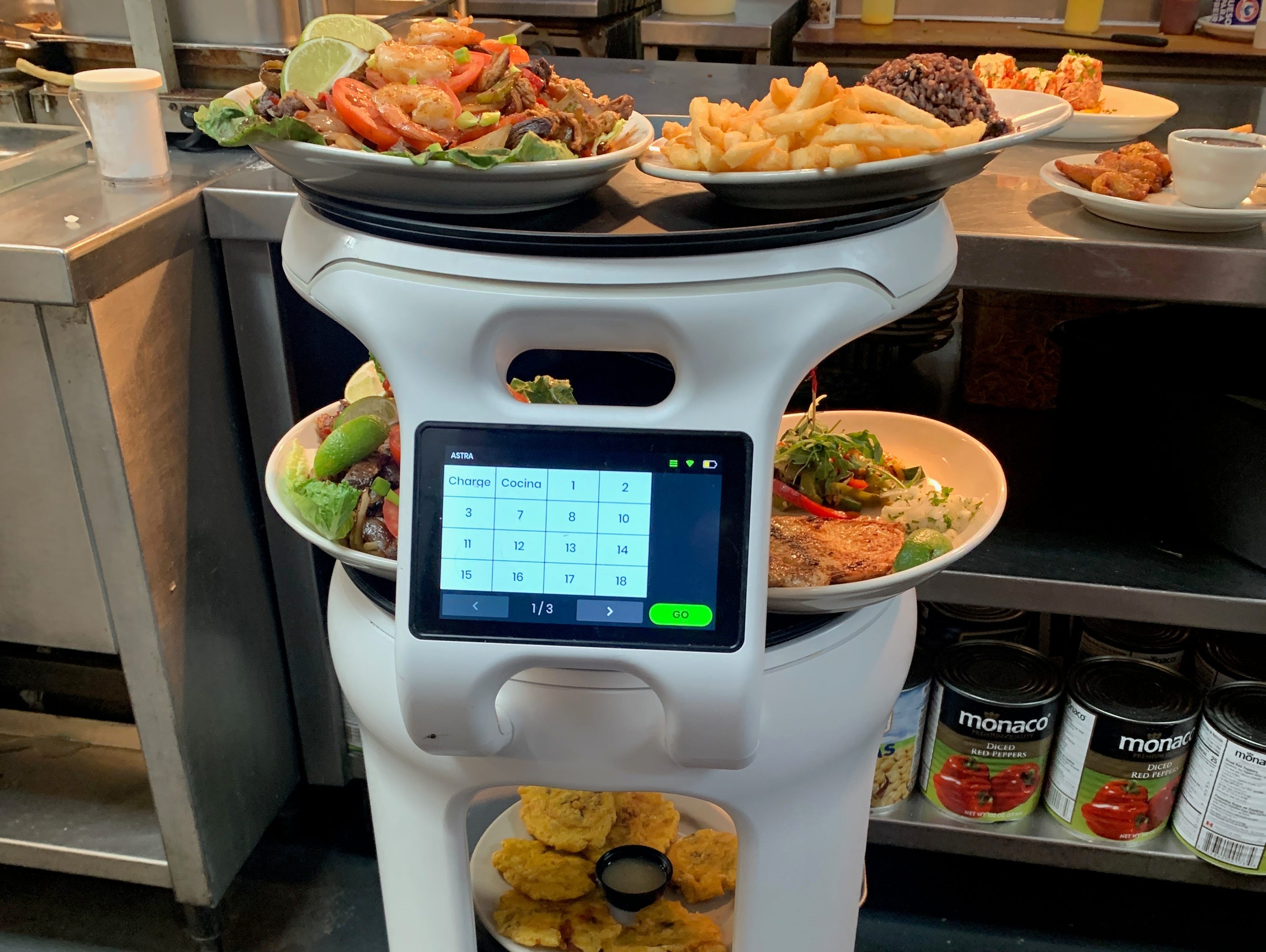 Luum is a studio in Oakland, California, that offers eyelash extensions applied by a robot that works alongside a lash artist. 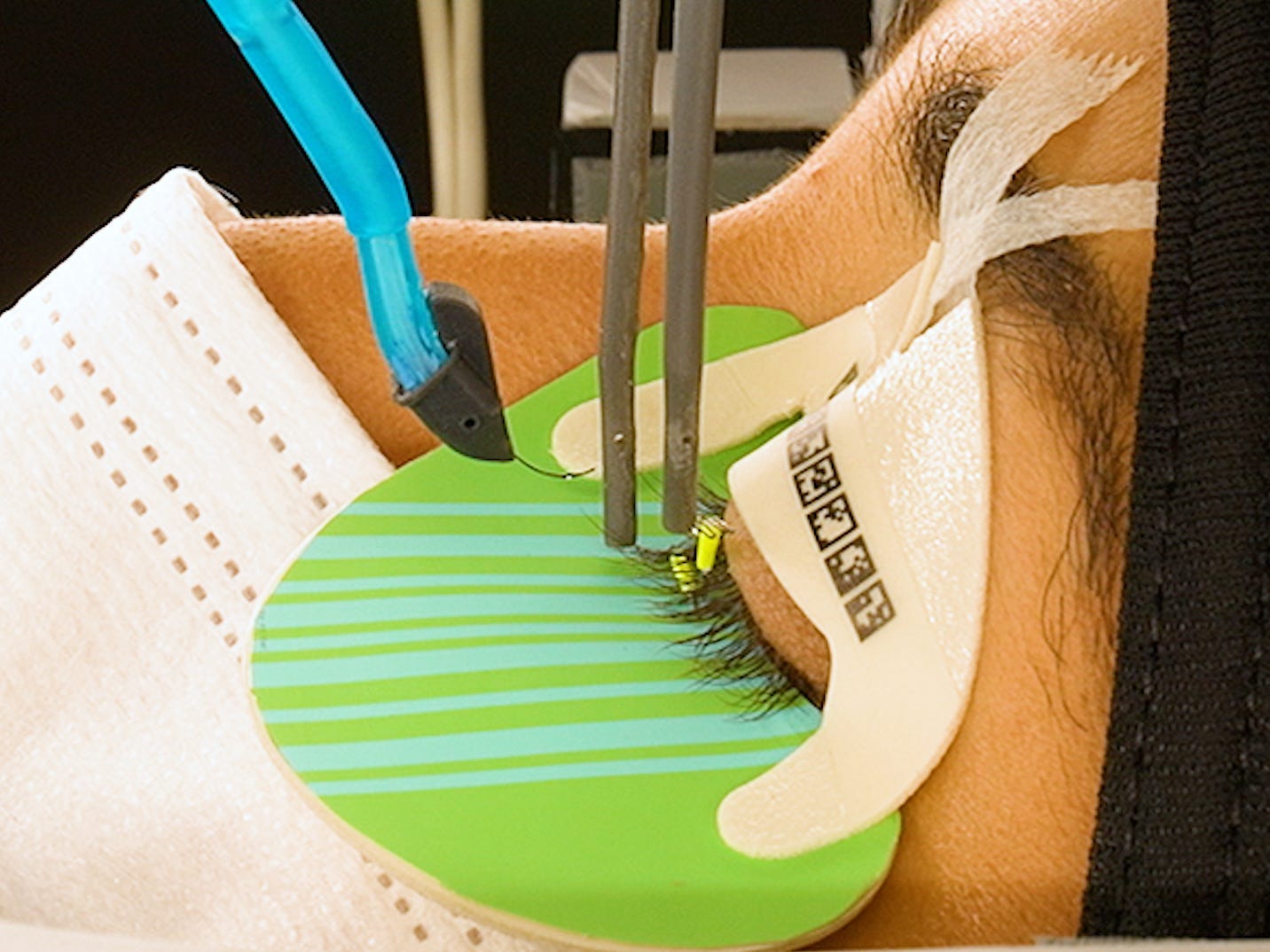 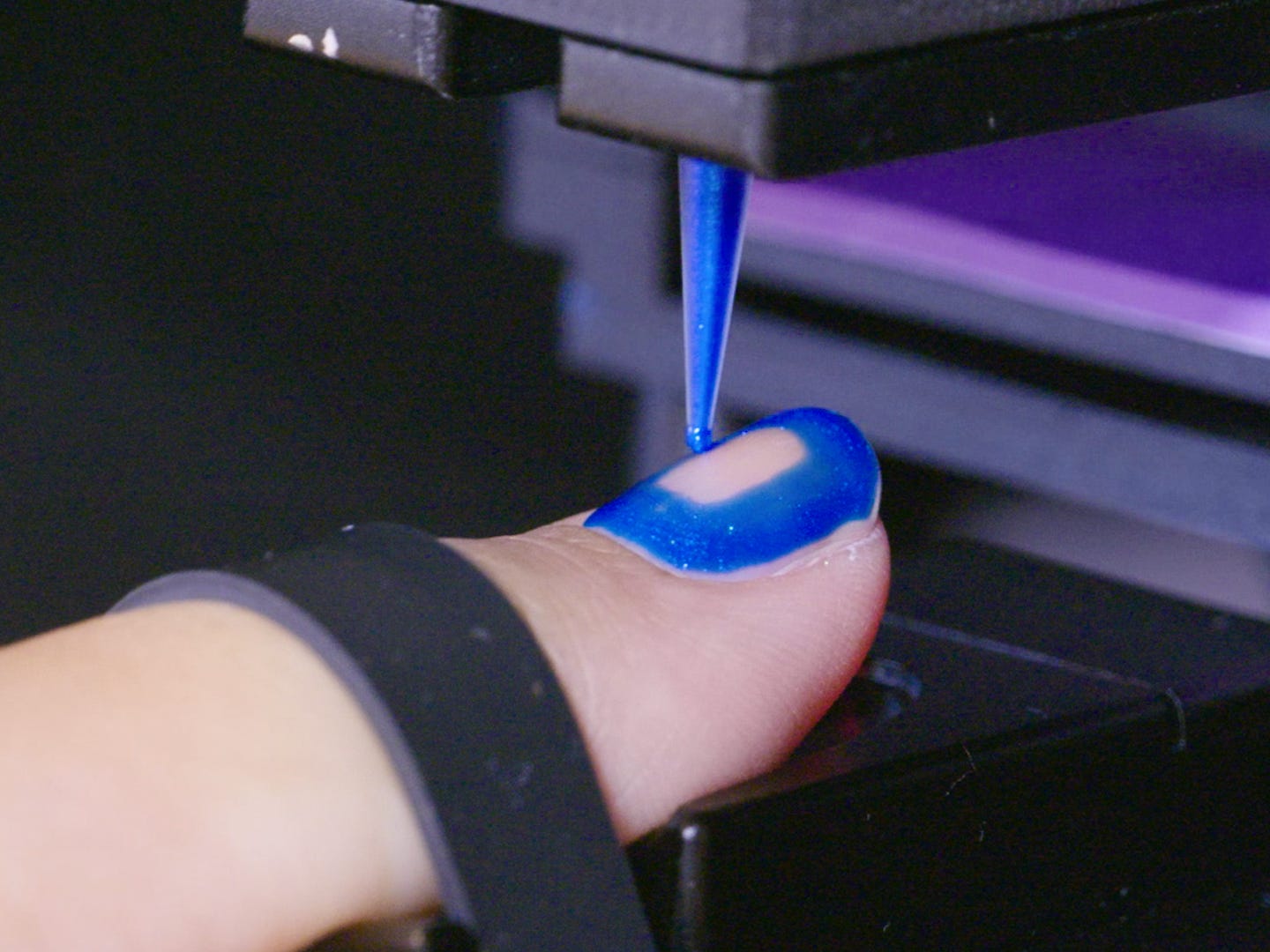 Amazon's Astro will be able to autonomously navigate your house to investigate security issues or follow you around while you're on a video call. 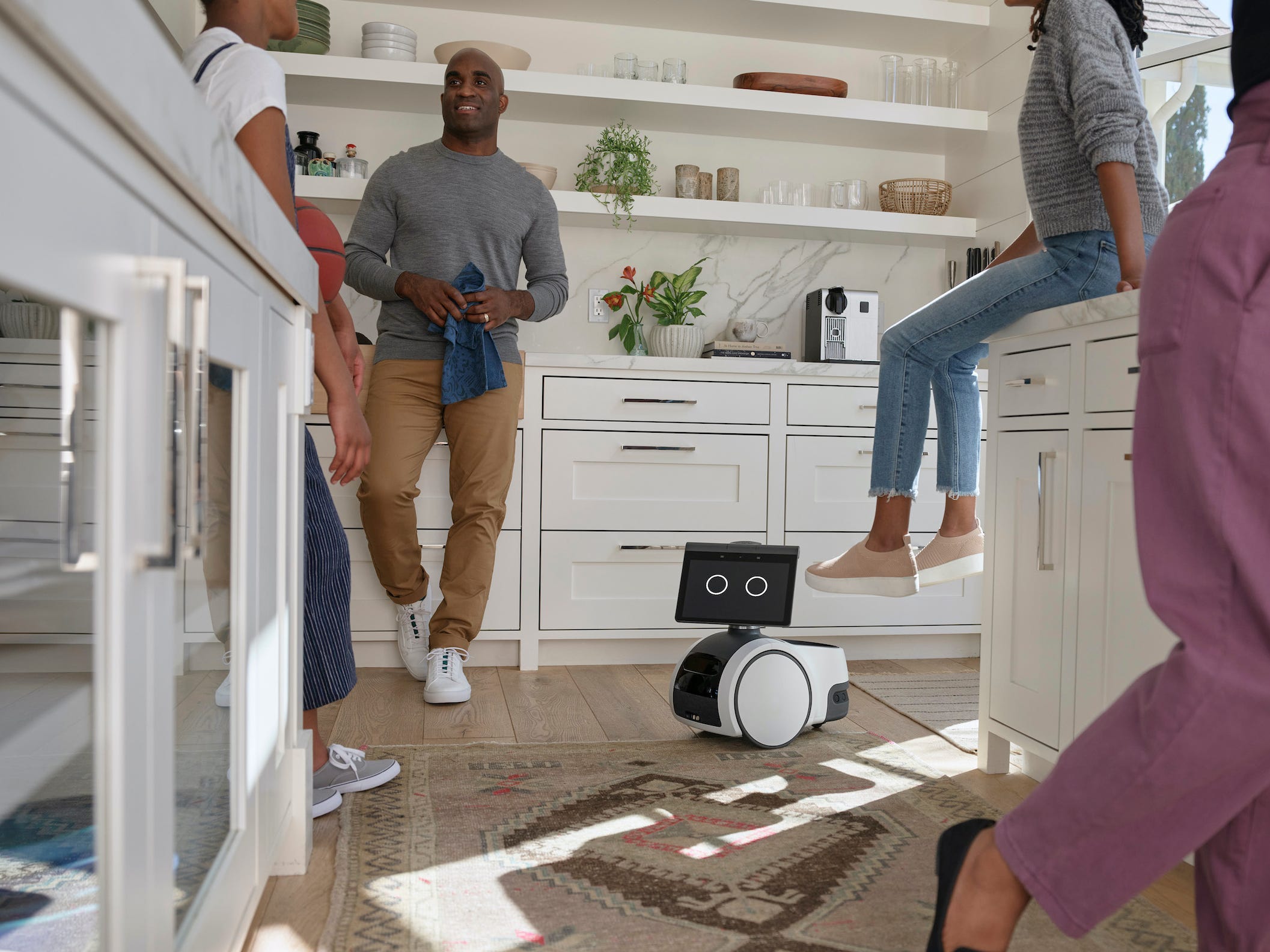 The team first broke into the spotlight in 2017 during an international robotics competition in Washington, DC, after an uphill battle to enter the US. 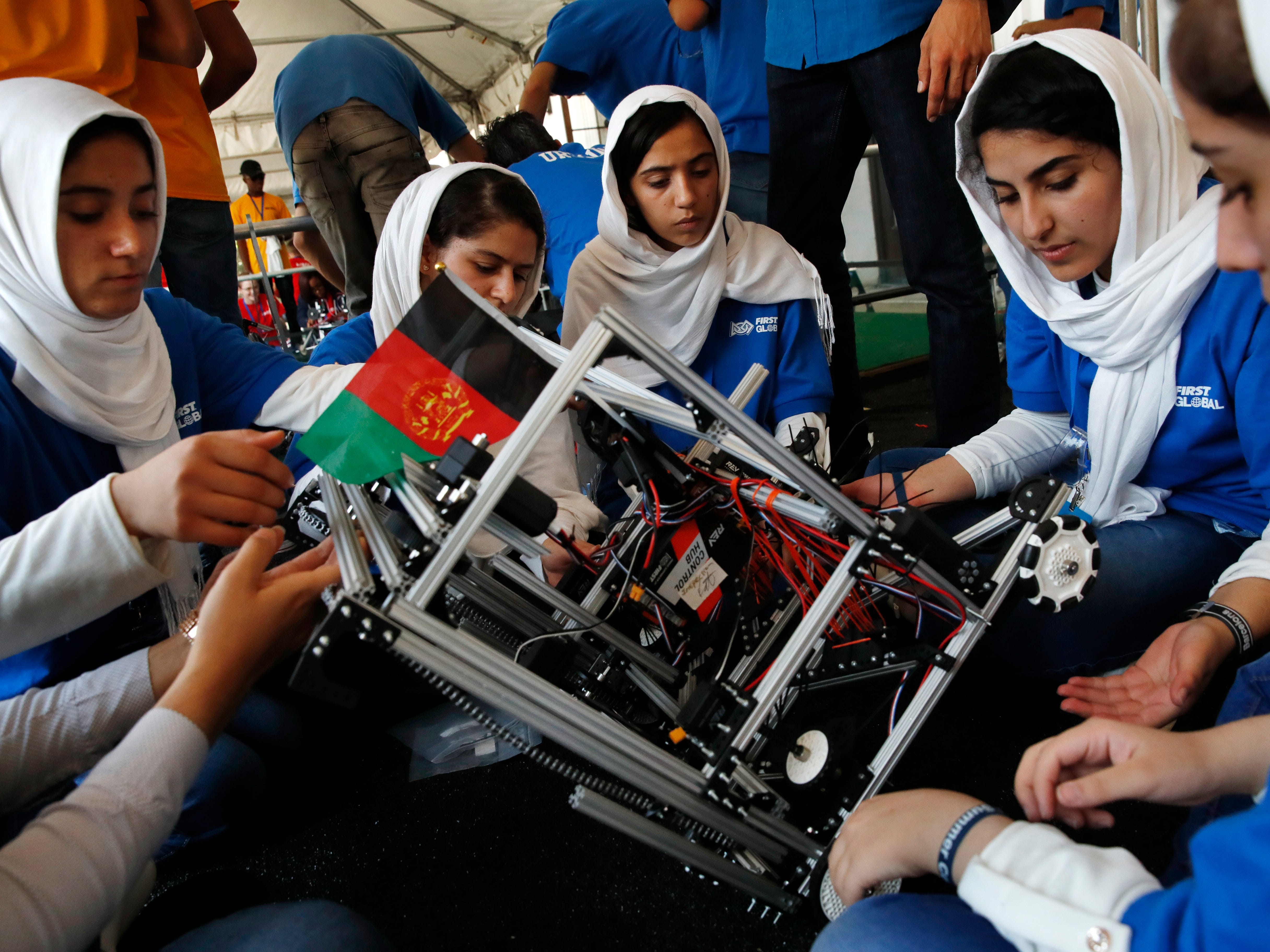 Watch the humanoid robots from Boston Dynamics perform an unbelievable parkour routine in the latest video from the infamous robotics group. 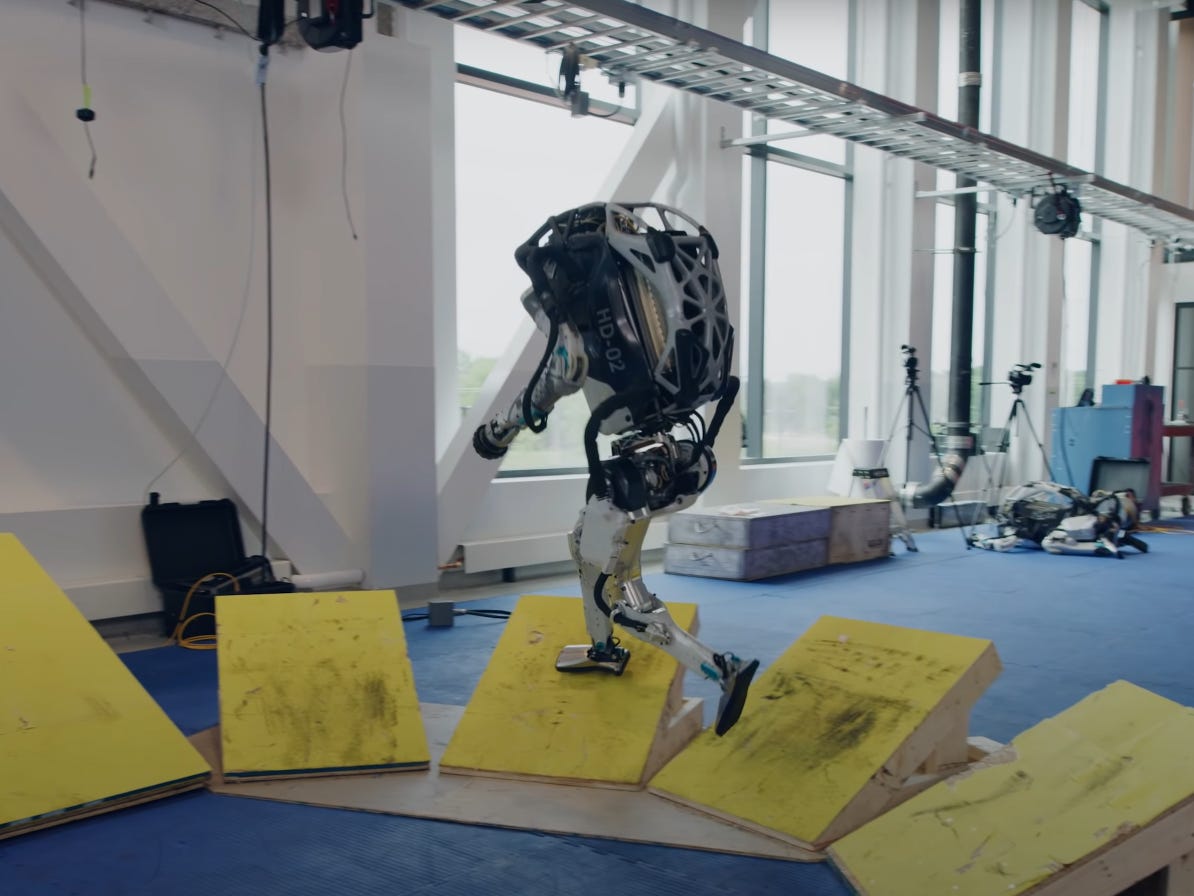 The robot, named Gita, is designed to carry things for its owners and follow them around their neighborhoods or on their errands.

Watch this video of Cassie, a bipedal robot that ran a 5K outdoors for the first time, finishing in 53 minutes on a single charge

Cassie, a bipedal robot built at Oregon State University and produced by Agility Robotics, has run its first 5K outdoors, finishing in 53 minutes.

Sony’s televisions will soon be 100% robot-made, according to a report

The company estimates it will cut TV manufacturing costs by 70% by completely removing humans from production lines, an exec told the Financial Times. 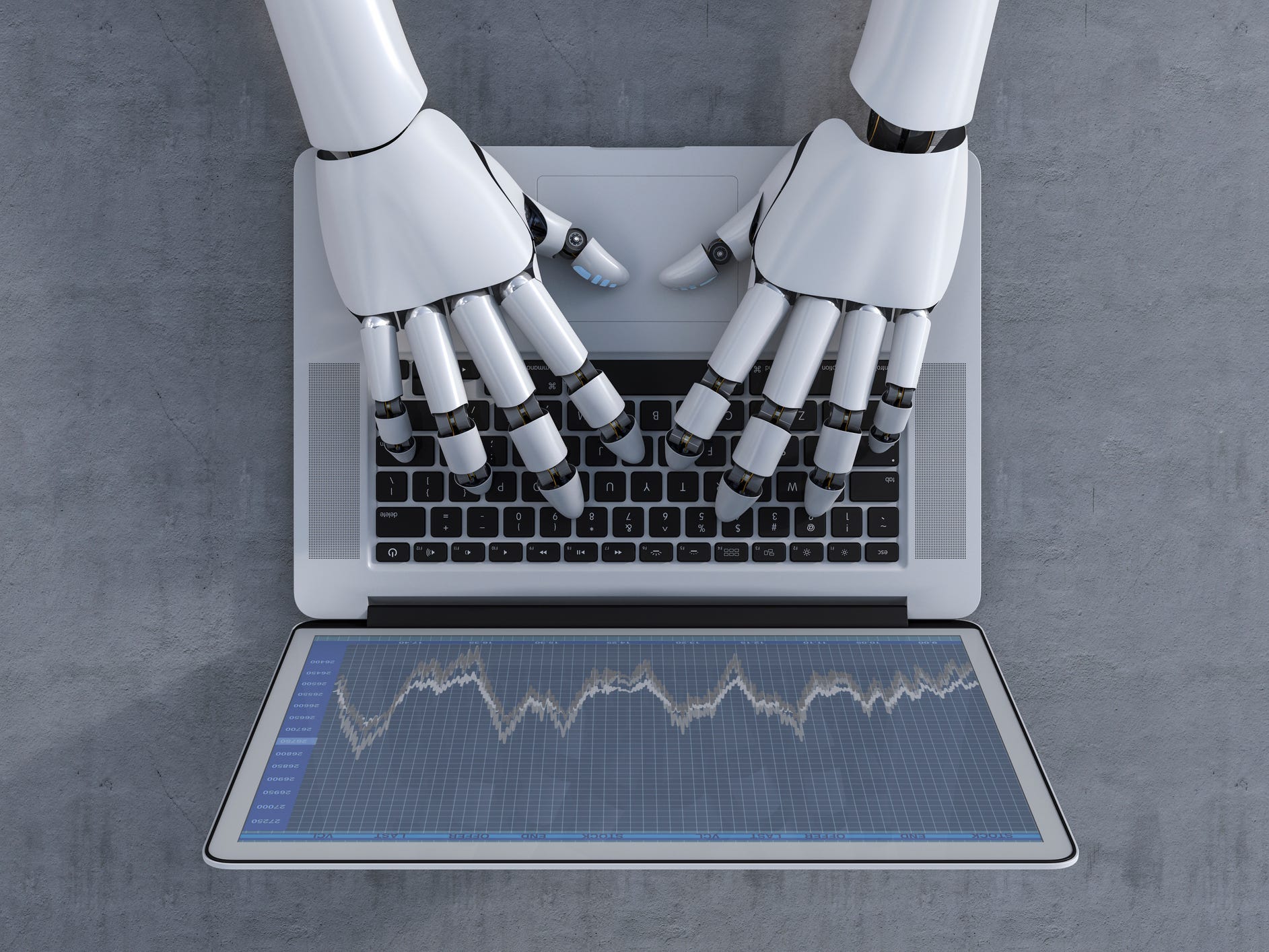 The NYPD has terminated its contract with the maker of a ‘creepy’ robot dog, following a fierce backlash over its use in policing

Amid public outrage, New York officials have scrapped a $94,000 deal with the "Digidog" maker, Boston Dynamics, following a backlash. 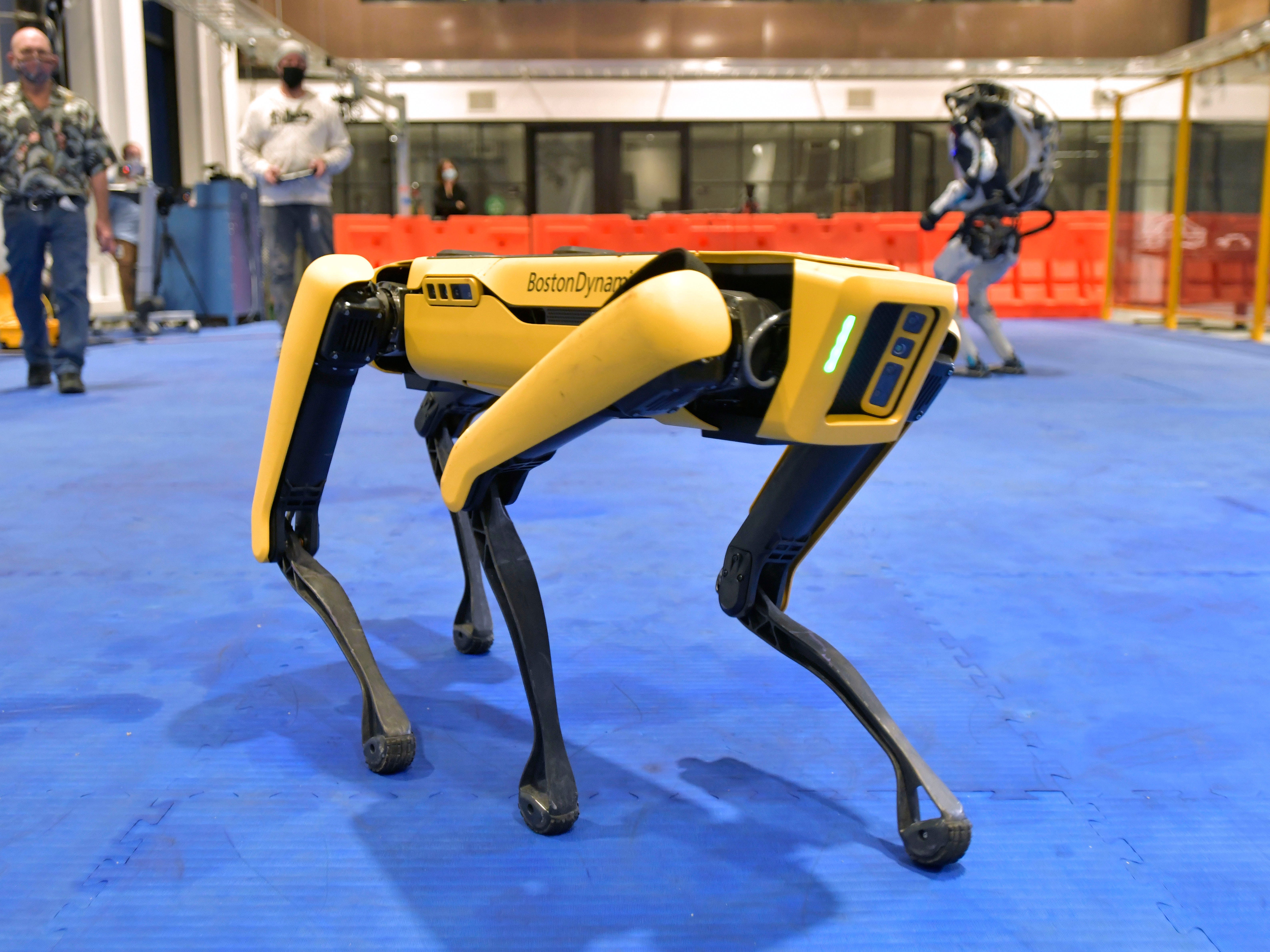 The chicken chain is working with Kiwibot, which makes tiny semi-autonomous delivery robots, to test deliveries in California. 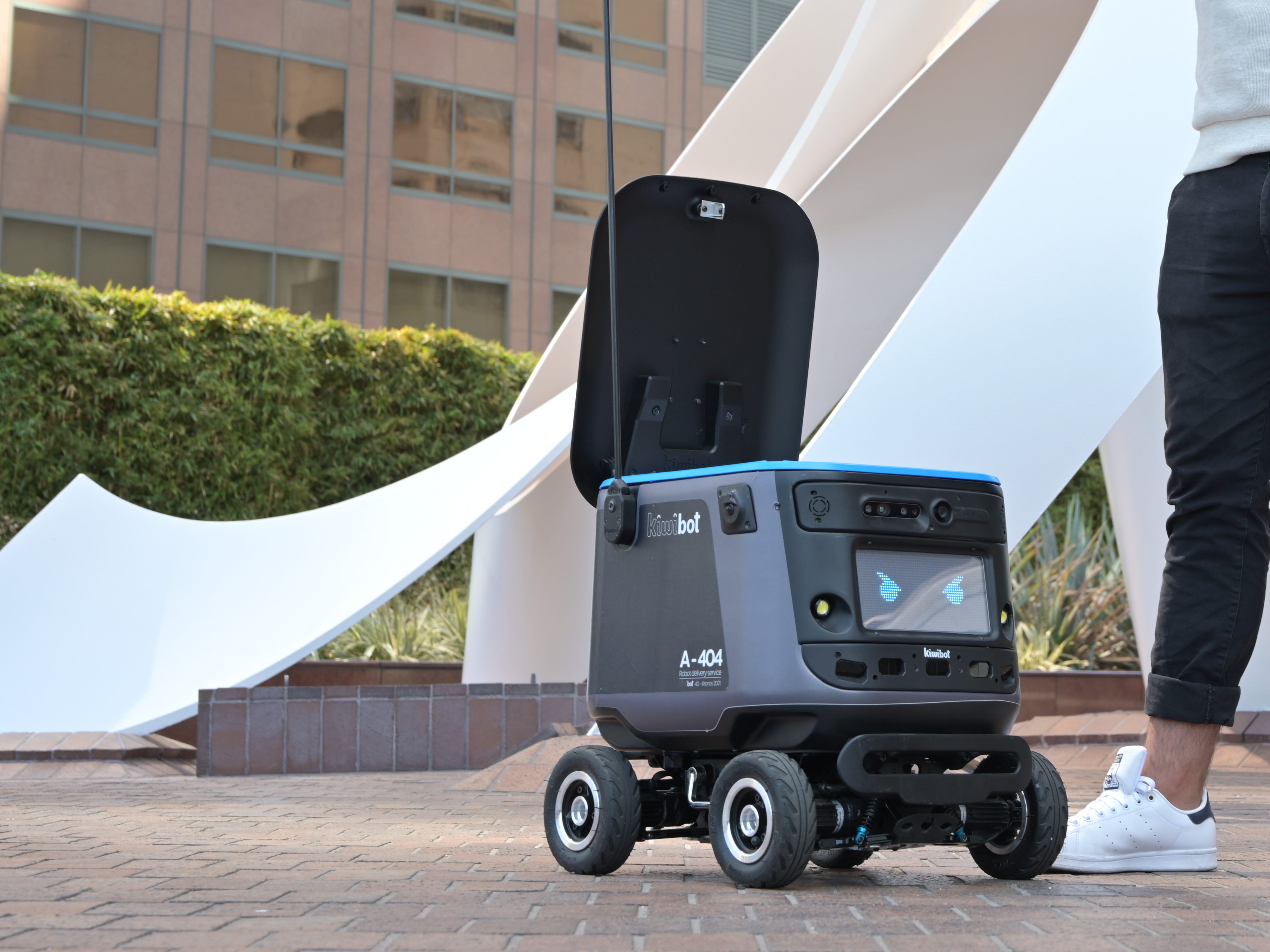 Humanoid robot Sophia has moved into the art world with a music project and an NFT sale, which reached almost $700,000

The CEO of Hanson Robotics, which made Sophia, said the company is excited about her career as an artist. She will reportedly help create both music and lyrics. 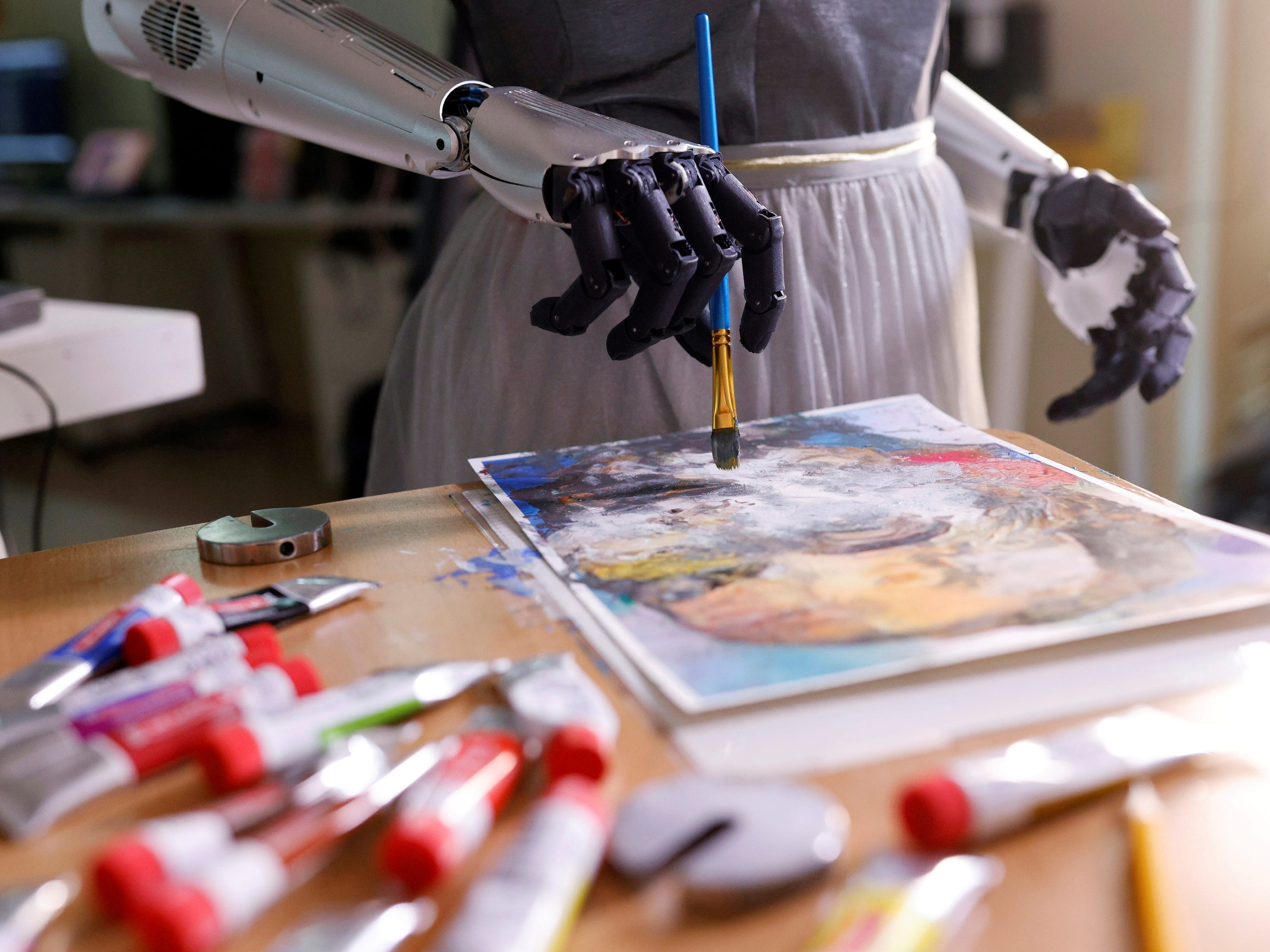 Stretch is in a pilot program now, and will make a commercial debut in 2022. 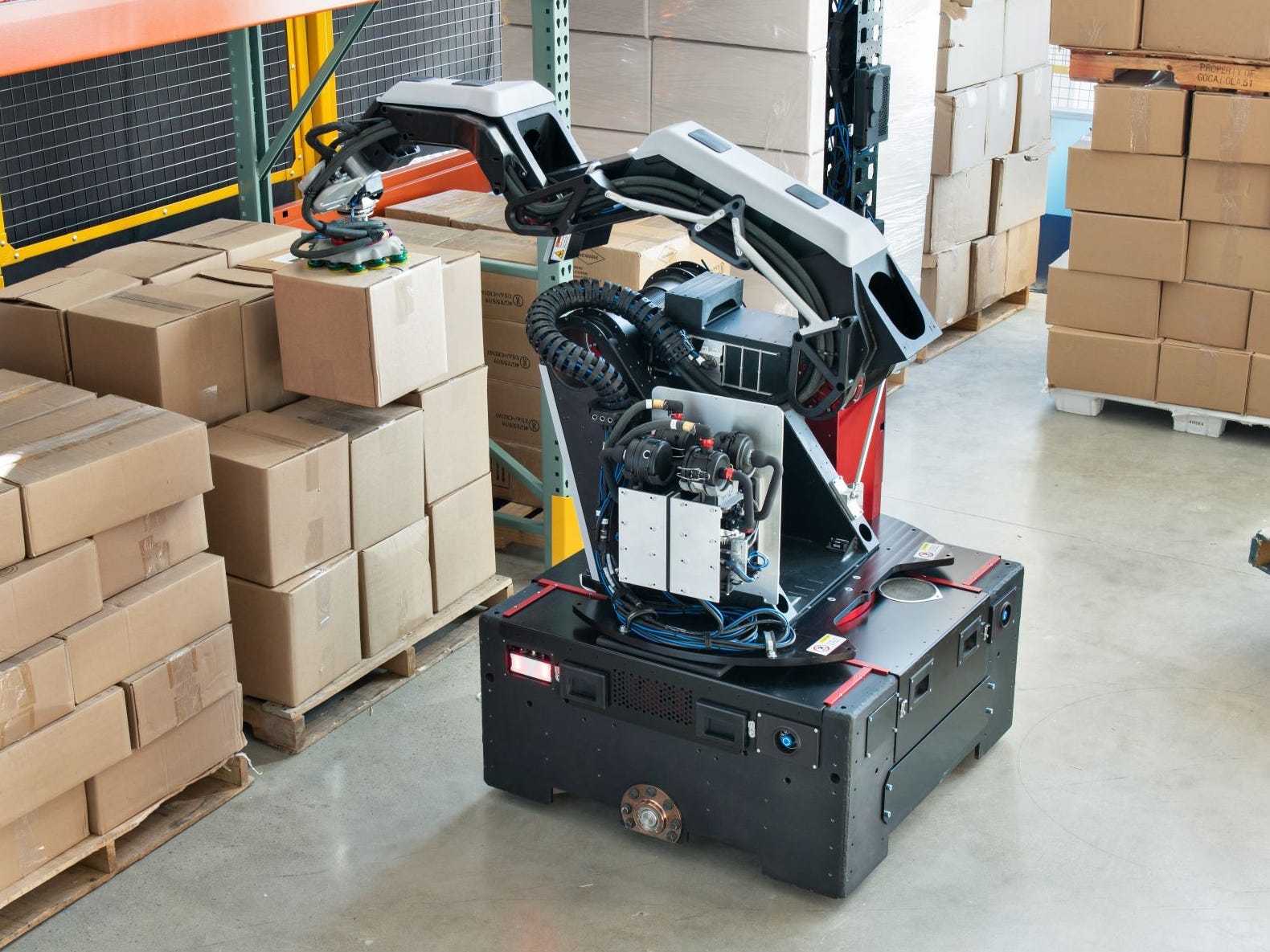 A Cathie Wood ETF bought about 800,000 shares in a Serena Williams-backed SPAC that just entered a $1.6 billion deal

The ARKQ ETF snapped up 800,494 shares in Jaws Spitfire Acquisition Corp, according to data on ARK Invest's website. 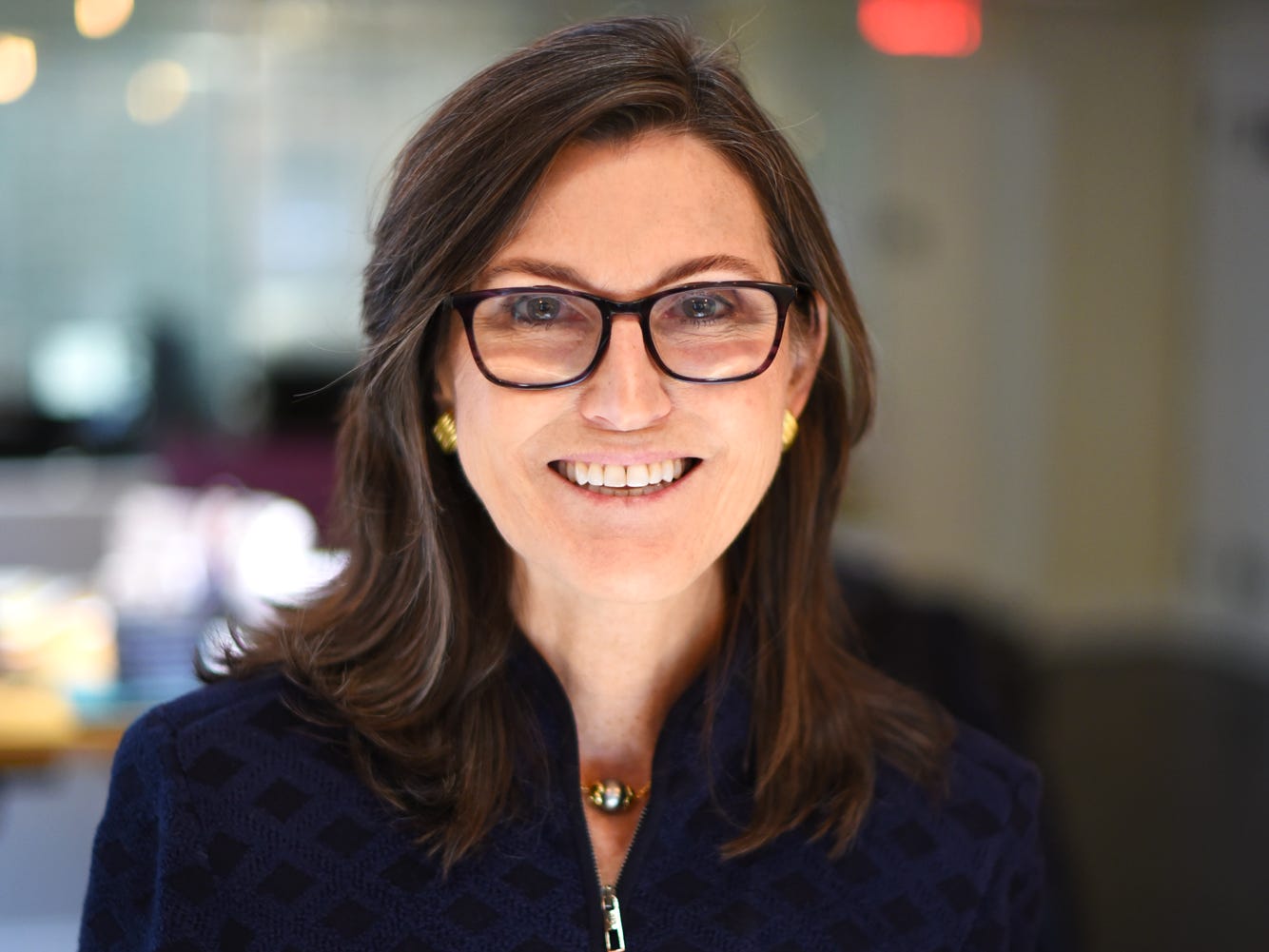 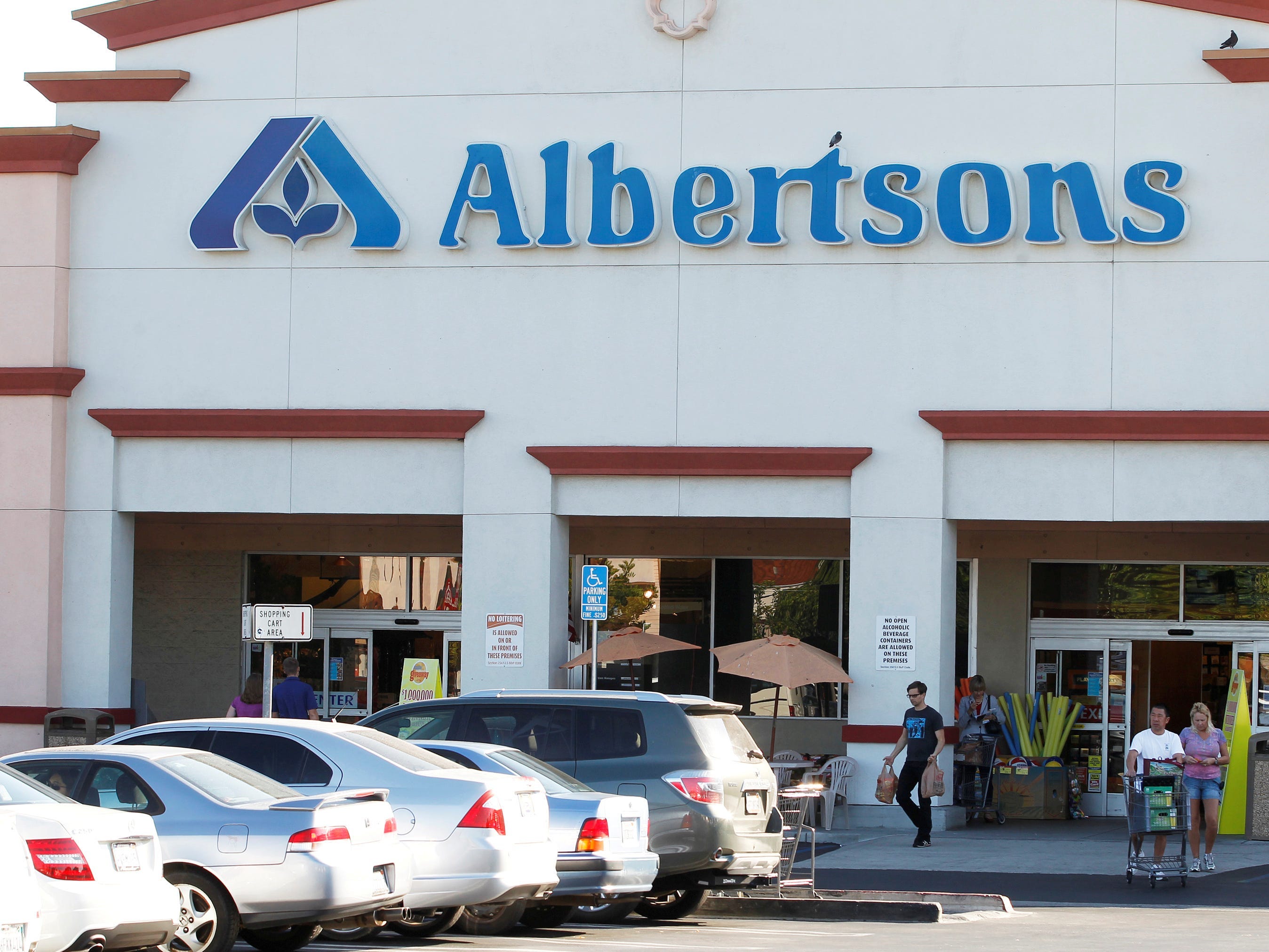