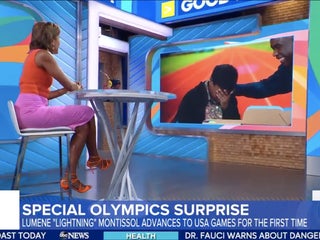 ABC News placed senior vice president Barbara Fedida on administrative leave after HuffPost’s Yashar Ali investigated her extensive history of insensitive and racist remarks. Fedida, who ran hiring and diversity programs for ABC News, was reported to have enabled a toxic and abusive workplace, according to the report. Sources said […] 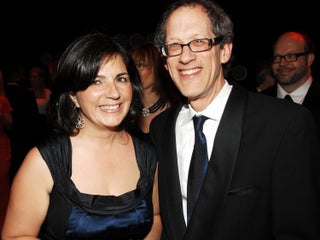 ABC’s “Good Morning America” anchor Robin Roberts delivered the morning news from her basement at home on Wednesday as the number of novel coronavirus cases increases in New York City. “Because of my underlying health condition, my doctors thought it best that I work from home,” the 59-year-old said after […] 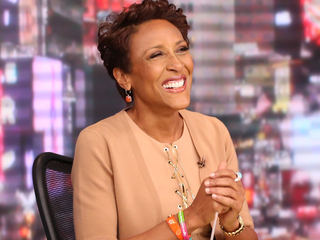 Gayle King fires back at the Fox News host who mistook her for Robin Roberts: ‘All black people do not look alike’

The “CBS This Morning” host Gayle King has weighed in about being mixed up with ABC News’ Robin Roberts. The Fox News host Jesse Watters confused the two black journalists on Wednesday, praising King for “redeeming herself” for an interview that Roberts had done. Watters has apologised for the mistake. […]

The most and least trusted news anchors in the US, including a close race between Rachel Maddow and Sean Hannity

It feels like politics in the US is more polarised than ever, especially when it comes to how Americans consume their news. A new Morning Consult survey, conducted for The Hollywood Reporter from November 6 to 7, questioned 2,202 people to find out who were the most and least trusted […] On Wednesday, NBC announced in shocking fashion while opening the “Today” show that its longtime host Matt Lauer had been fired due to “inappropriate sexual behaviour in the workplace.” This is the latest bombshell revelation of a powerful man in entertainment who has been taken down due to sexual misconduct […] “Good Morning America” anchor Robin Roberts has officially come out of the closet as gay in an end-of-the-year post on her Facebook page Roberts’ sexuality has apparently been known to her family, friends and co-workers for some time, but her mention of longtime girlfriend Amber Laign was her first public […] After five months away from “Good Morning America,” Robin Roberts is working her first event at the Oscar red carpet tonight. ABC screencapIn a surprise appearance on “Good Morning America” this morning, Robin Roberts says she WILL return after revealing her latest bone marrow test came back clean. “I’m coming home,” said Roberts. “We’re talking now a matter of weeks, not months.” Earlier, it was thought the ABC host would not return to […] [credit provider=”s_bukley / Shutterstock” url=”http://www.shutterstock.com/gallery-842284p1.html”] BEVERLY HILLS, Calif. (AP) — “Good Morning America” anchor Robin Roberts is planning to take a medical leave around the end of August for her bone marrow transplant.But during her absence from the ABC morning show, she’ll be getting a little help from her friends, she said Thursday.