Trump is holding a funeral for his brother Robert at the White House, doing something that hasn’t been done since 1936

A funeral ceremony is set to be held for President Donald Trump’s brother at the White House on Friday afternoon. Robert Trump died on Saturday from an undisclosed illness. He was 71. It’s rare for the White House to be the setting for a funeral service. The last time remains […] 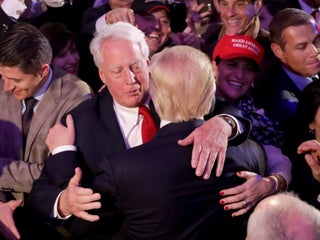 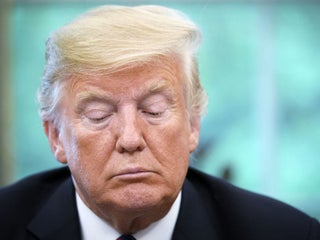 President Donald Trump’s younger brother, Robert Trump, died Saturday evening, the White House announced. Robert Trump was 71, and had been hospitalized and was reportedly “very ill,” though the details of his condition remained unclear. The president said in a statement Saturday evening that Robert Trump “was not just my […] 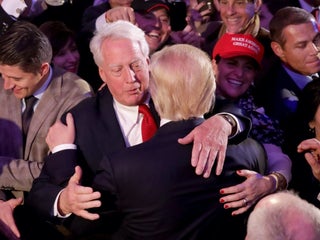 President Donald Trump’s younger brother, Robert Trump, is reportedly “very ill” and has been hospitalized in New York. Trump plans to visit his younger brother on Friday, the White House told ABC News. Robert Trump was in the news earlier this summer over a lawsuit filed against his niece aimed […]

Mary Trump’s publisher has already shipped over 600,000 copies of her tell-all book

More than 600,000 copies of Mary Trump’s book, “Too Much and Never Enough: How My Family Created the World’s Most Dangerous Man,” have already been distributed, Bloomberg reported. That figure was revealed in a Wednesday court filing from publisher Simon & Schuster. President Trump’s brother, Robert, is seeking to block […] 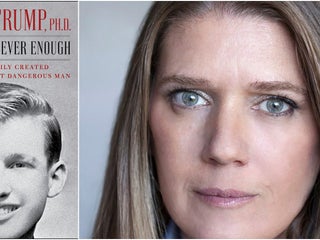 In a filing first reported by The Daily Beast, Robert Trump argues that his niece’s new book violates a confidentiality agreement. Robert Trump’s lawyer argues that the book by Mary Trump, “Too Much and Never Enough: How My Family Created the World’s Most Dangerous Man,” constitutes “personal observations, not political […] 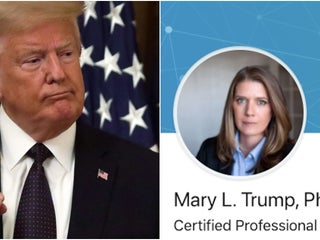 A New York judge on Wednesday lifted a temporary restraining order on a new book by Mary L. Trump, the US president’s niece. “Too Much and Never Enough: How My Family Created the World’s Most Dangerous Man,” is billed as a “bright light on the dark history” of the Trump […] 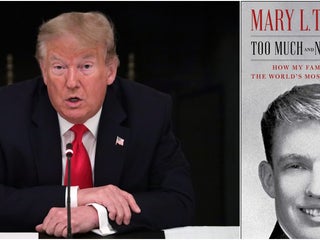 A New York judge on Tuesday temporarily barred President Donald Trump’s niece, Mary Trump, from publishing her new tell-all book. The president’s brother, Robert Trump, has been working to block the book from being published. The book, “Too Much and Never Enough: How My Family Created the World’s Most Dangerous […] 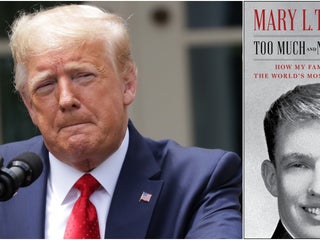 An IT company with ties to Trump’s brother won a $33 million government contract, and it’s reportedly drawing protests from other bidders

A government contract between the US Marshals Service and IT company CertiPath has drawn protests from other bidders, according to The Washington Post. Since 2013, CertiPath has been partially owned by a firm with links to Robert Trump, the president’s brother. According to the complaint letter seen by the Post, […] Meet Donald Trump’s siblings, the oldest of whom just retired as a federal judge

Fred and Mary Anne Trump had five children. President Donald Trump is the second youngest. His older sister, Maryanne Trump Barry, just retired as a federal judge. Fred Trump Jr., the president’s older brother, died in 1981 at the age of 43 from complications with alcoholism. Robert Trump and Elizabeth […]

There’s been much angst in the US and global tech community about what Donald Trump’s imminent presidency means to the industry. But tech investment database CB Insights has revealed Trump family members have already infiltrated startup land. CB Insights trawled through its venture capital records to find these five companies […]