When rich people don’t face the same consequences as the rest of us, the system falls apart — and it’s bad for everyone

Paul Constant is a writer at Civic Ventures, a cofounder of the Seattle Review of Books, and a frequent cohost of the “Pitchfork Economics” podcast with Nick Hanauer and David Goldstein. On the latest episode of Pitchfork Economics, former Secretary of Labour Robert Reich says the real looting has been […] 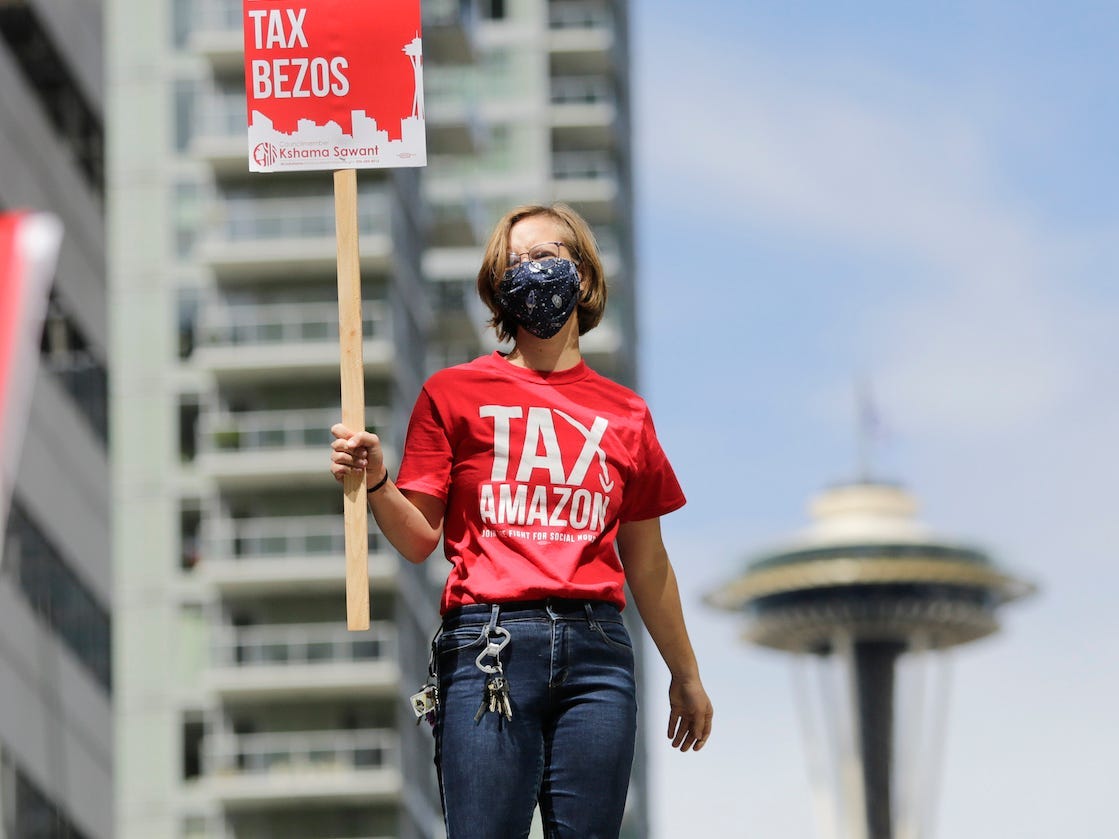 ‘You are a modern day moron’: Elon Musk and a former US labour secretary trade blows

Elon Musk and Robert Reich, a former US labour secretary, got into it on Twitter. Reich accused the billionaire of being a “modern day robber baron” for cutting worker pay during the pandemic while his own wealth surged. Musk countered that all Tesla workers had stock too, calling Reich a […] 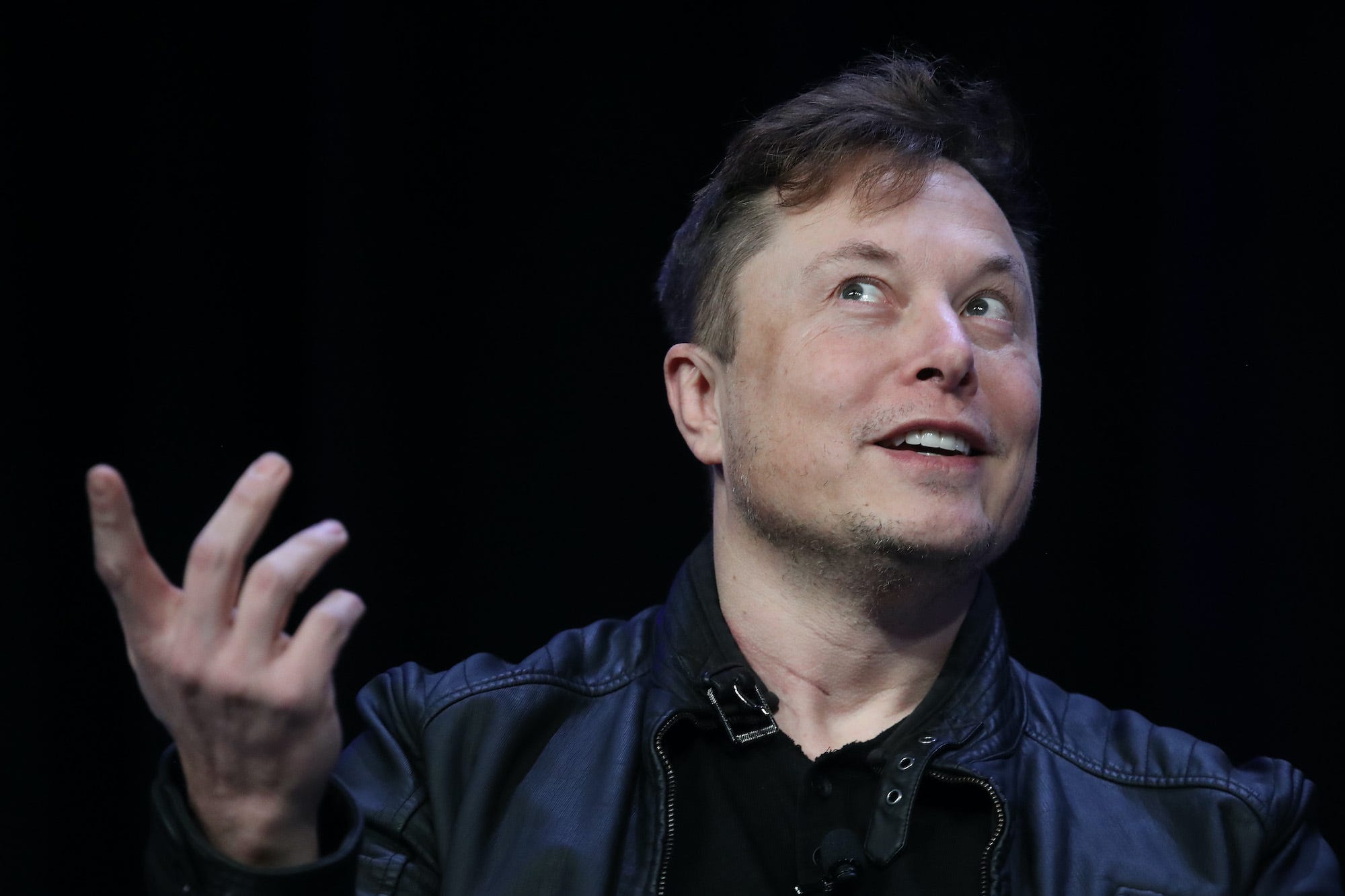 https://www.facebook.com/plugins/video.php Former Labour Secretary Robert Reich says the best thing in the $US2.2 trillion stimulus bill is the unemployment insurance provision. The rest of the bill, he says, goes from bad to worse. Reich says this is not an economic crisis, it is a public health crisis and we must […] 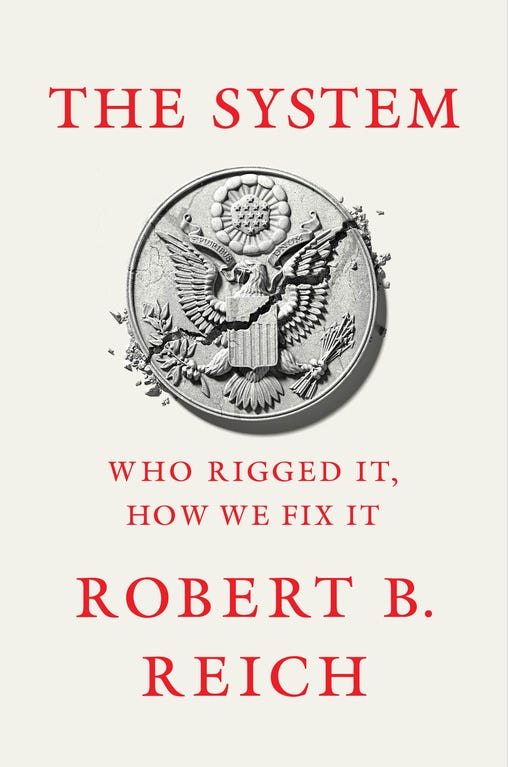 Robert Reich is totally wrong: Tech is the most competitive industry in the US America Needs To See Past The Myth Of The ‘Free Market’

One of the most deceptive ideas continuously sounded by the Right (and its fathomless think tanks and media outlets) is that the “free market” is natural and inevitable, existing outside and beyond government. So whatever inequality or insecurity it generates is beyond our control. And whatever ways we might seek […] It totally ignores the obvious problem. [credit provider=””>Daniel Goodman / Business Insider”] Wednesday the Dow Jones Industrial Average rose above 14,270 – completely erasing its 54 per cent loss between 2007 and 2009.The stock market is basically back to where it was in 2000, while corporate earnings have doubled since then. Obama Can Make A Brilliant Reversal To Stop The Sequester

[credit provider=”Familymwr/Flickr” url=”http://www.flickr.com/photos/familymwr/5610508676/”] What should the President do now?Push to repeal the sequester (a reconciliation bill in the Senate would allow repeal with 51 votes, thereby putting pressure on House Republicans), and replace it with a “Build America’s Future” Act that would close tax loopholes used by the wealthy, end […] The Tea Party’s Plot Is On The Verge Of Treason

Imagine a plot to undermine the government of the United States, to destroy much of its capacity to do the public’s business, and to sow distrust among the population. Don’t Fall For The Mindless Assertion That ‘Markets’ Know Best Republicans Are Telling A Big, Dangerous Lie About The Economy

[credit provider=””>http://commons.wikimedia.org/wiki/File:Chopper,_meat_axe.jpg”] Senate minority leader Mitch McConnell (R., Ky.) says Senate Republicans will unanimously support a balanced-budget amendment, to be unveiled Wednesday as the core of the GOP’s fiscal agenda.There’s no chance of passage so why are Republicans pushing it now? “Just because something may not pass doesn’t mean that […] Obama Is Ignoring The Biggest Problem In America

[credit provider=”AP”] If you’re sitting in the well of the House when a president gives a State of the Union address (as I’ve had the privilege of doing five times), the hardest part is on the knees. You’re required to stand and applaud every applause line, which means, if you’re […] Why This Is The Most Anemic Recovery In Modern History

We are in the most anemic recovery in modern history, yet our political leaders in Washington aren’t doing squat about it. In fact, apart from the Fed – which continues to hold interest rates down in the quixotic hope that banks will begin lending again to average people – the […]

The US Recovery Is Dangerously Unbalanced

[credit provider=”swerdroid via www.flickr.com creative commons” url=”http://www.flickr.com/photos/swerdroid/3407306462/”] The Conference Board reported Tuesday that the preliminary January figure for consumer confidence in the United States fell to its lowest level in more than a year.The last time consumers were this bummed out was October 2011, when there was widespread talk of […] [credit provider=”jaynemoo via www.flickr.com creative commons” url=”http://www.flickr.com/photos/jayneward/3003292514/”] As President Obama said in his inaugural address last week, America “cannot succeed when a shrinking few do very well and a growing many barely make it.”Yet that continues to be the direction we’re heading in. Here’s Why Republicans Don’t Care What The Nation Thinks

Are House Republicans – now summoned back to Washington by Speaker John Boehner — about to succumb to public pressure and save the nation from the fiscal cliff? There’s Only One Way To Beat The Republican Fanatics The Republican Party Is Marginalizing Itself Out Of Existence

[credit provider=”AP”] Remarkably, John Boehner couldn’t get enough House Republicans to vote in favour of his proposal to keep the Bush tax cuts in place on the first million dollars of everyone’s income and apply the old Clinton rates only to dollars over and above a million.What? Even Grover Norquist […]