Read the memo private-equity titan Robert F. Smith, the richest black man in the US, sent to his staff about America’s racial unrest

Amid growing unrest over the murder of George Floyd, private-equity titan Robert F. Smith advised his staff to “reach out to the communities that are grieving most, and let them know that you support them.” In the memo, first obtained by The New York Times, Smith recounts his uncle’s murder […] 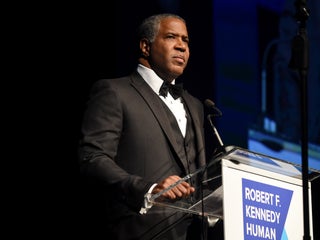 There are 614 billionaires in the United States, and only 7 of them are Black

Only seven of the United States’ 615 billionaires are Black,Forbes’ Billionaires List shows. All seven of the billionaires on this list are self-made, although their sources of wealth range from finance to technology to entertainment. The lack of diversity in the three comma club highlights the growing wealth gap between […] 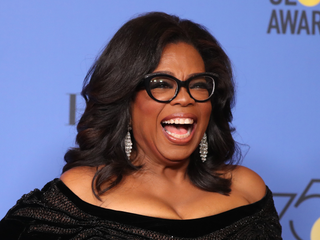 Robert F. Smith, the billionaire software investor who spent $US34 million to pay off student loans for an entire college class, called American’s $US1.5 trillion in student loans “atrocious” in an interview with Ford Foundation president Darren Walker. In September, Smith expanded that pledge when he also promised to pay […] The billionaire who promised to pay off student loans for an entire graduating class just pledged to pay off their parents’ educational loans, too

The private-equity billionaire Robert F. Smith isn’t just going to pay off the Morehouse class of 2019’s student loans as he promised at their graduation: He’s now promising to pay off their parents’ education debt too. The gift will cost Smith $US34 million, the historically black college said in a […] Meet Robert F. Smith, the billionaire who paid off an entire class’ student loans and reportedly will now pay $140 million to settle a four-year investigation into his taxes

Robert F. Smith is a billionaire tech investor and philanthropist who founded and serves as CEO of Vista Equity Partners. Smith was the target of a four-year investigation into his personal taxes that ended when the billionaire agreed to pay $US140 million in back taxes, penalties, and interest. Smith made […] 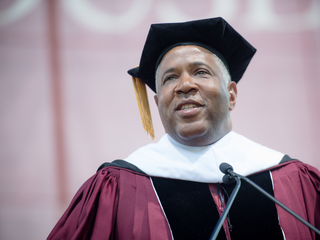 Robert F. Smith, a billionaire tech investor and philanthropist, announced in his commencement speech at Georgia’s Morehouse College that he was setting up a grant to wipe the graduating class’s student debt. Smith also pledged an additional $US1.5 million gift to the school and received an honorary degree during the […]