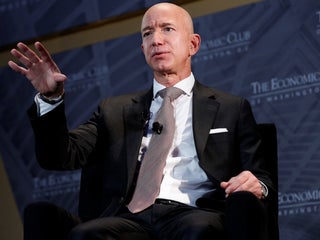 Many celebrities, and even medical experts, promote the benefits of drinking lemon water, but in excess, it can actually cause some damaging side effects. Drinking lemon water regularly can cause enamel erosion or tooth decay because of the acid in the citrus fruit. Too much lemon water can also lead […] 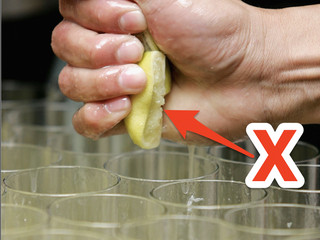 Facebook must overcome a severe lack of trust if it hopes to bring Libra, its new cryptocurrency, to the masses

Facebook in June unveiled “Project Libra,” its plan to bring cryptocurrency to the masses. This week, Facebook’s cryptocurrency chief David Marcus, formerly president of PayPal, testified before a bipartisan Senate committee to answer questions about why Facebook should build a digital currency, given its recent track record of privacy-related scandals. […] Amazon CEO Jeff Bezos says multibillion-dollar failures are actually a good thing: ‘If the size of your failures isn’t growing, you’re not going to be inventing at a size that can actually move the needle’ The $2,000 Galaxy Fold from Samsung is a massive risk for anyone who buys it

Samsung will ship its first foldable smartphone, the Galaxy Fold, starting on April 26. The Galaxy Fold is the most expensive smartphone Samsung has made. It starts at $US1,980. The phone features many technological innovations, but carries a lot of risk for customers as well. Visit BusinessInsider.com for more stories. […] 10 scary things that can happen when you get dehydrated

We all know that drinking enough water is important and most of us probably try to fit in our eight glasses a day when we can. That’s a good thing because the consequences of dehydration can actually be pretty terrifying. If you don’t keep your body hydrated, you could face […]

Before joining the accelerator that launched AirBnb, Dropbox, and Instacart, Harj Taggar was in law school — and he used a simple strategy to decide to drop out

Harj Taggar is a former Y Combinator partner and the cofounder and CEO of Triplebyte. He was initially enrolled in law school in the UK, but he dropped out to move to the US and start a company. Taggar decided to leave law school by getting specific about the risks. […] How likely is gun violence to kill the average American? The odds may surprise you

A gunman killed 12 people and injured 15 others on Wednesday at a bar and grill in Thousand Oaks, California. Nearly 13,000 people in the US were murdered with firearms in 2015 (the latest available data), not including suicides. Gun violence is a leading cause of death in the US, […] The common sales practice of setting stretch goals — those targets well ahead of what would normally be seen as possible — to boost performance does not benefit most businesses. They tend to push staff to take bigger risks or make them feel so overwhelmed that they give up. Researchers […]

Luis Von Ahn isn't new to the tech game. The... Science has long known that people tend to take fewer risks as they get older. Hence, the phrase: Getting older and wiser. However, researchers have now found that the cause is in the brain’s changing structure, not simply because we’re ageing or becoming any smarter. “We know that as people […]

VIDEO: Mental strength is crucial to achieve our goals. A gunman used an assault weapon to kill 11 people and wound six others in a mass shooting at the Tree of Life synagogue in Pittsburgh, Pennsylvania on Saturday. Police identified Robert Bowers as a suspect in what is reportedly the deadliest attack on Jewish people in US history. Nearly […] The banking industry is “under attack from many angles, not just traditional risks but also new uncertainties”. That’s the word from Dominic Nixon, PwC’s Singapore-based global financial services leader, in the preface to the latest edition of the “Banking Banana Skins” report. The report, which has just been released by […]