XRP extended its 3-day gain to as much as 86% on Tuesday as it soared above the $1 price level for the first time since 2018. 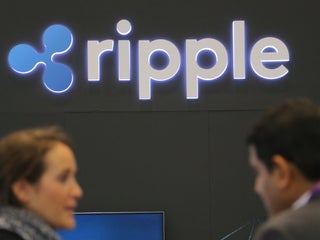 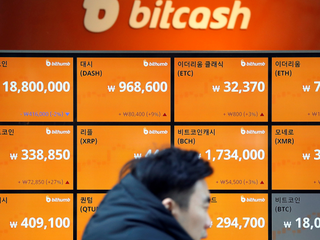 Ripple’s XRP tumbles to its lowest levels of the year XRP, the cryptocurrency made by Ripple for international money transfers, is trading around $US0.90 a coin, up about 60% from its low of $US0.56 hit less than a week ago. The third-largest cryptocurrency has had an exhausting February, beginning the month with a dramatic plunge. XRP is currently trading at […] XRP, a cryptocurrency by Ripple, reached new highs on Thursday. The digital tokens have risen astronomically since last year, making its cofounder a multi-millionaire, provided he could sell his stake. It’s important to distinguish the value to XRP from the value of its controlling company, Ripple. XRP, the second-largest cryptocurrency […] Ripple, also known as XRP, has more than doubled in price this week. On Friday, A group of Asian banks plans to test the technology for global money transfers. Ripple, a cryptocurrency focused on bank transfers, is up 51% in the past 24 hours after following a report major banks […] Ripple, a cryptocurrency designed for banks and global money transfers, has more than doubled in price since Monday, overtaking Litecoin as the fourth-largest cryptocurrency. It now has a market cap of $US18.64 billion. The boom has largely coincided with gains in bitcoin and other smaller cryptocurrencies, which have been on […]