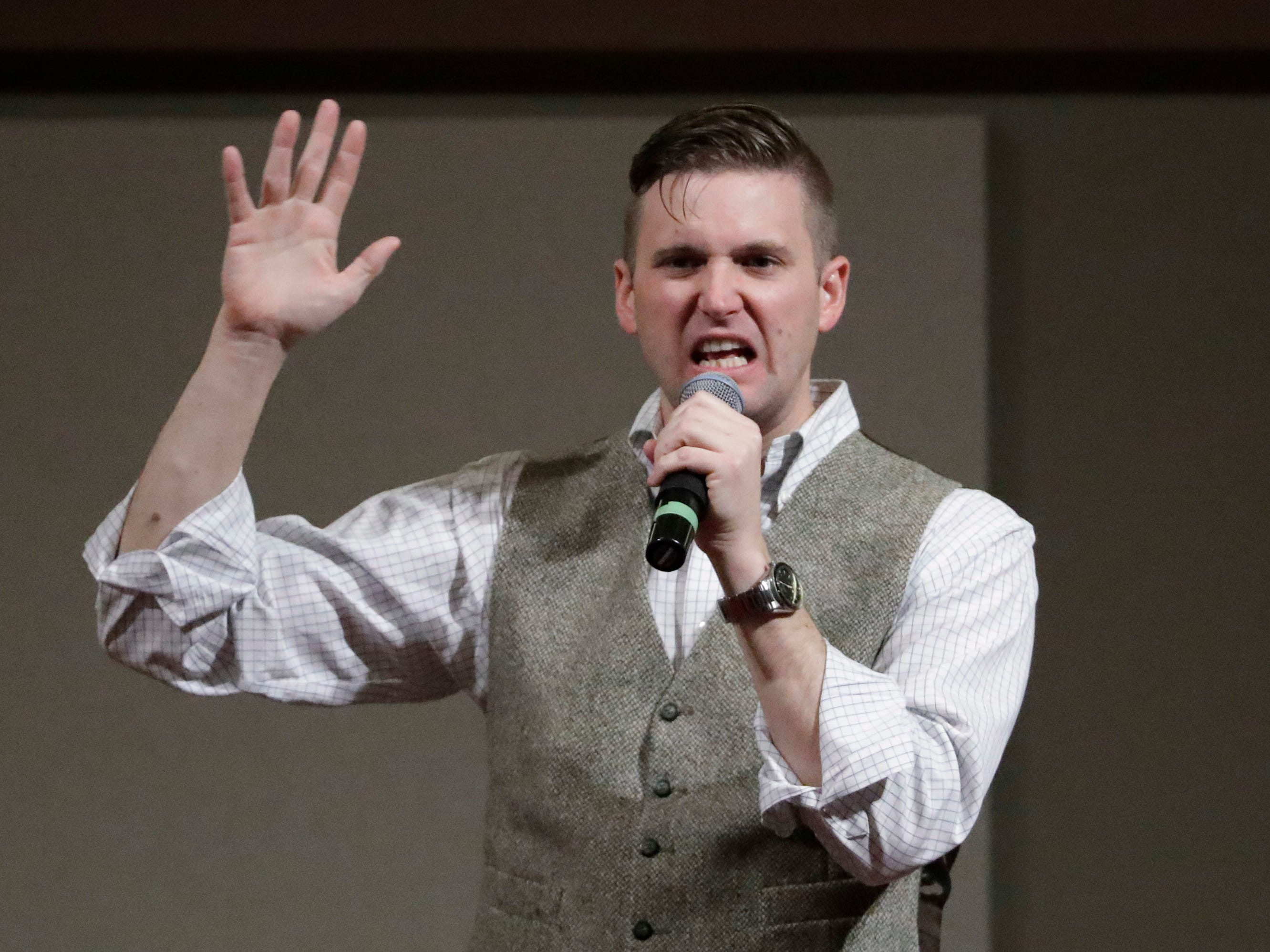 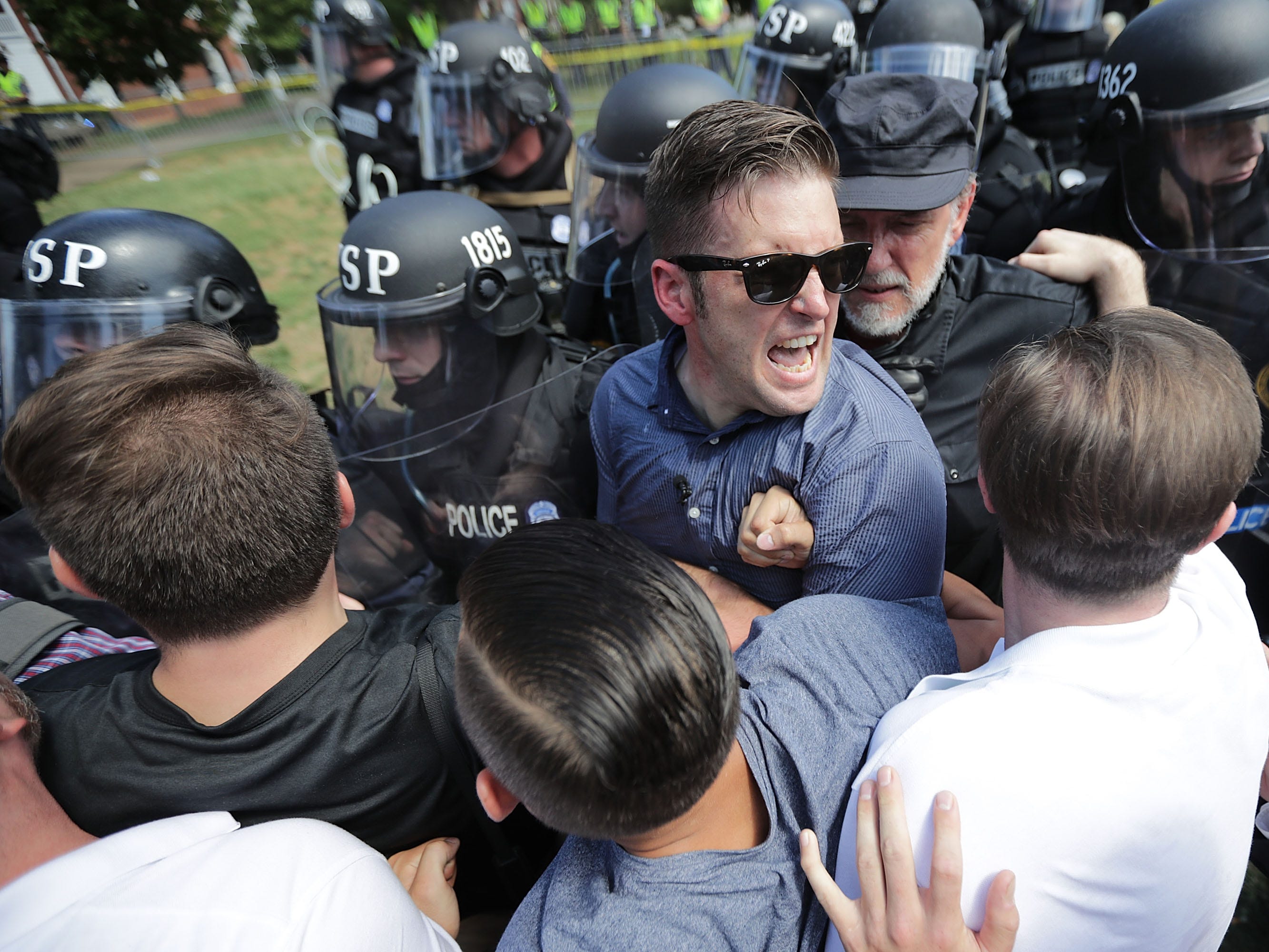 Richard Spencer, a prominent neo-Nazi who coined the term “alt-right,” said over the weekend that he would vote for Joe Biden in the November election. “I plan to vote for Biden and a straight democratic ticket,” Spencer tweeted on Sunday. “It’s not based on ‘accelerationism’ or anything like that; the […] On Monday, YouTube announced the bans of many popular white supremacists, including David Duke, Richard Spencer, and Stefan Molyneux. “We have strict policies prohibiting hate speech on YouTube, and terminate any channel that repeatedly or egregiously violates those policies,” a YouTube spokesperson said in a statement. YouTube has faced criticism […] Trump ‘has very little understanding of what it means to be in the military’: Fired Navy official writes stunning op-ed about Trump’s meddling in Navy SEAL case

Former Navy Secretary Richard Spencer says President Donald Trump “has very little understanding of what it means to be in the military.” In a stunning opinion article published in The Washington Post on Wednesday, three days after his ouster as the Navy’s top leader, Spencer wrote that it was “shocking […]

Navy SEAL Edward Gallagher was accused of killing a teenage ISIS fighter in US custody in Iraq and of shooting at Iraqi civilians. He was acquitted of all charges, except for posing with the body of the dead ISIS fighter. But the case gained significant media attention for its twists […]

Trump wants convicted or charged war criminals on the campaign trail with him, report says

President Donald Trump has floated the idea of having US troops who were convicted or accused of war crimes join him on the campaign trail, according to a report from The Daily Beast. The Daily Beast spoke with two sources who said they overheard Trump discussing appearances at 2020 rallies […]

Former Secretary of the Navy Richard Spencer, who was forced into resignation by the defence secretary on Sunday, said President Donald Trump did not understand a core characteristic of the US military. “I don’t think he really understands the full definition of a warfighter,” Spencer said in a CBS News […]

The Navy secretary is out after a confrontation over a Navy SEAL, and there are 3 different explanations why

Secretary of the Navy Richard Spencer was suddenly fired Sunday night over actions related to Navy SEAL Edward Gallagher. There are three different explanations for what happened from Secretary of Defence Mark Esper, Spencer himself, and President Donald Trump. The Pentagon says that Esper demanded Spencer’s resignation after it was […]

White House senior adviser Stephen Miller attended Duke University as an undergraduate student during the same time as Richard Spencer, a self-proclaimed white nationalist and propagator of the term, “The Alt-right.” In an interview with Andrew Marantz of The New Yorker for his book, “Antisocial,” Spencer said he and Miller […] CNN sparked heavy criticism on social media on Tuesday after interviewing a prominent white nationalist, Richard Spencer, about Trump’s racist tweets from the weekend. Spencer said the tweets didn’t go far enough, suggesting Trump needs to do more to impress white supremacists like him. “He gives us nothing outside of […]

CNN sparked heavy criticism on social media on Tuesday after interviewing a prominent white nationalist, Richard Spencer, about Trump’s racist tweets from the weekend. Spencer said the tweets didn’t go far enough, suggesting Trump needs to do more to impress white supremacists like him. “He gives us nothing outside of […]

YouTube channels from prominent white supremacists, white nationalists, and neo-Nazis are still on YouTube, a week after it announced new hate speech policies

YouTube said last week it was further cracking down on content on the platform and removing videos “alleging that a group is superior in order to justify discrimination, segregation or exclusion.” However, accounts featuring white supremacists, white nationalists, and alt-right leaders, including former KKK leader David Duke, were still found […]

Donald Trump has been linked to – or praised by – those who identify as white supremacist or white nationalist throughout his presidency. Earlier this month, Acting White House Chief of Staff Mick Mulvaney even spoke out to confirm that Trump is not a white supremacist. But, in a surprising […]

The Navy’s newest aircraft carrier got a long-missing piece of gear in December, helping to solve a problem the Navy secretary has bet his job on fixing

The Navy’s newest aircraft carrier got the first of its long-missing weapons elevators in December. The ship has been plagued by problems with the array of new technology it carries. The elevators were a particular problem, one the Navy secretary bet his job on resolving. The USS Gerald R. Ford, […]

Cryptocurrency bitcoin has shot up massively in value over the last few days, currently sitting at $US15,338. That’s profited anyone who holds the cyrptocurrency – including neo-Nazis forced to accept anonymous donations in bitcoin after being banned from legitimate fundraising services. Pro-Nazi publisher Counter Currents and neo-Nazi internet troll Andrew […]

Florida declared a state of emergency before a white nationalist’s speech — and protesters showed up with confetti, high-fiving state troopers

White nationalist Richard Spencer will speak at the University of Florida — and UF is spending $500,000 on police presence to keep students safe

The University of Florida expects to spend...

Spencer started out by crafting his far-right...