Instagram CEO Adam Mosseri is to testify before Congress for the first time, as lawmakers seek answers on child safety

The planned hearing, reported by the NYT, comes after Facebook whistleblower docs suggested Instagram made body image issues worse for some girls. 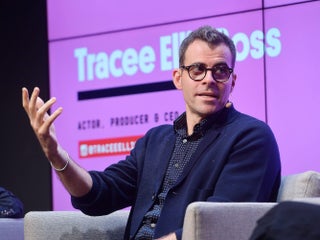 "Zuckerberg's new policy is no apologies, no admissions, no acknowledgement ... We're gonna deflect it, and go sailing," Sen. Blumenthal said. 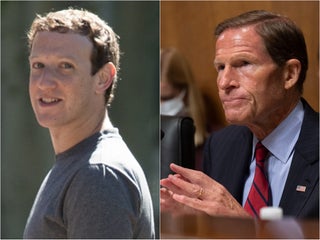 "My feeling is there has to be accountability," Blumenthal said of the Biden administration's handling of the Afghanistan evacuations. 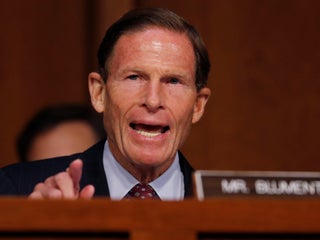 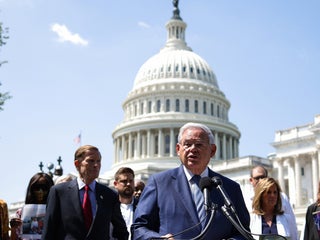 WATCH: Sen. Ted Cruz tells Democratic Sen. Richard Blumenthal to change his iPhone password after he enters it in on live TV

"I would note you put out on CSPAN the code on your iPhone, so you might want to change that now," Cruz told Blumenthal. 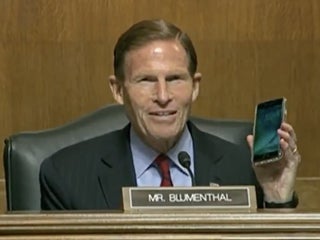 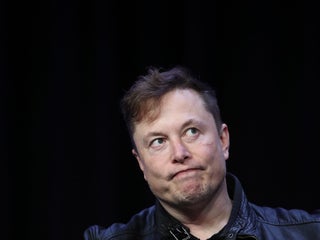 Amy Coney Barrett won’t say if climate change is human-caused, stating she’s not ‘competent to opine’ on the matter

The Supreme Court nominee Amy Coney Barrett on Wednesday would not say whether climate change is caused by human activities, despite overwhelming agreement among scientists that it is. “I don’t think I’m competent to opine on what causes global warming or not,” Barrett said. Visit Business Insider’s homepage for more […] 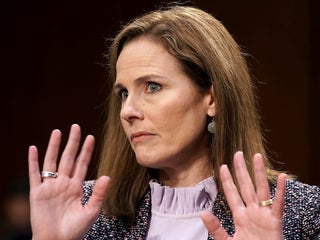 Sen. Bernie Sanders and 3 other Democrats just introduced a bill for the government to cover workers’ paychecks and health insurance

Sen. Bernie Sanders and three other Democrats unveiled a bill that would cover up to $US90,000 in wages and health insurance benefits for workers. The program would expire at the end of the year. More lawmakers, notably Democrats, are pushing for the government to cover the salaries of workers in […] 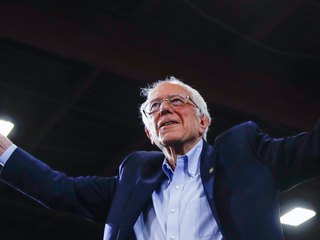 President Donald Trump tweeted that a civil war could be the result of his impeachment. According to a report by the New Yorker, he later added that his “very serious foot injury” would prevent him from fighting in that theoretical civil war. Trump had five deferments from service in Vietnam, […] Boeing was able to oversee much of the certification of its software that has been linked to two fatal 737 Max crashes, the acting head of the Federal Aviation Administration told Congress on Wednesday. He said that the FAA initially oversaw the software’s certification but that it gave more authority […] Republicans are worried about a ‘Kavanaugh 2.0’ scenario with Trump’s attorney general nominee

Senators are concerned about statements made by William Barr, President Donald Trump’s nominee to be the next attorney general. Republicans have expressed fears that it could devolve into a “character assassination” if they do not like the nominee. Democrats are not ready to call for Barr’s recusal from the special […] Sens. Marco Rubio and Richard Blumenthal sent a letter to Supermicro, the motherboard supplier named in a recent bombshell Bloomberg report on Chinese infiltration. Rubio and Blumenthal requested the company send information regarding microchips allegedly placed onto equipment by Chinese government officials that was then sold to tech giants like […]

A federal judge ruled that congressional Democrats have standing to sue President Donald Trump over alleged violations of the emoluments clause. Trump’s legal team has insisted that he is not in violation of the constitutional clause. The clause bars elected officials from accepting gifts, payments, or benefits from foreign governments […] Democrats motioned to adjourn Brett Kavanaugh’s Supreme Court confirmation hearing within seconds of its start Tuesday. Protesters swarmed the room to oppose Kavanaugh as President Donald Trump’s nominee to fill the Supreme Court vacancy. The committee continued with the hearing, with Chairman Chuck Grassley insisting everything would go on as […]

Members of Congress are about to get their chance to battle President Donald Trump in court on Thursday. A lawsuit led by Democratic Sen. Richard Blumenthal will get a hearing before a federal judge in Washington, DC. The lawsuit alleges that Trump is violating the foreign emoluments clause of the […] Democratic Sen. Richard Blumenthal is pushing for a bill to protect special counsel Robert Mueller from being fired. On Thursday, The New York Times reported that Trump had ordered Mueller’s firing in June 2017, but backed off after his counsel threatened to quit. Blumenthal called the report “deeply scary.” Democratic […] President Donald Trump said Tuesday he “never” wavered on his nomination of Neil Gorsuch to the Supreme Court. The Washington Post reported on Monday that Trump had suggested rescinding Gorsuch’s nomination after Gorsuch criticised Trump’s attacks on the federal judiciary. Gorsuch had said Trump’s criticisms of a judge who had […]