Netflix landed the "Knives Out" sequels last week in a deal worth more than $400 million, adding another franchise to its library. 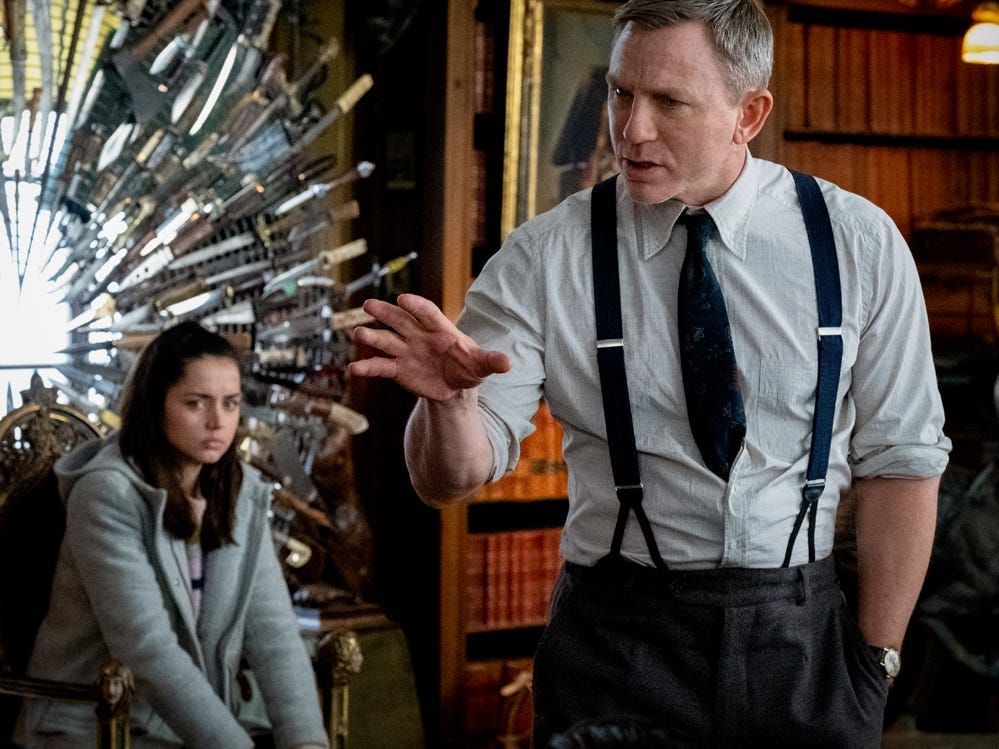 Netflix is adapting ‘The Three-Body Problem’ sci-fi trilogy, with the ‘Game of Thrones’ showrunners set to write and produce

Netflix announced on Tuesday that it is developing a series based on the sci-fi “Three-Body Problem” book trilogy by the Chinese author Liu Cixin. The former “Game of Thrones” showrunners David Benioff and D.B. Weiss are writing and executive producing along with Alexander Woo, who recently executive produced AMC’s “The […] 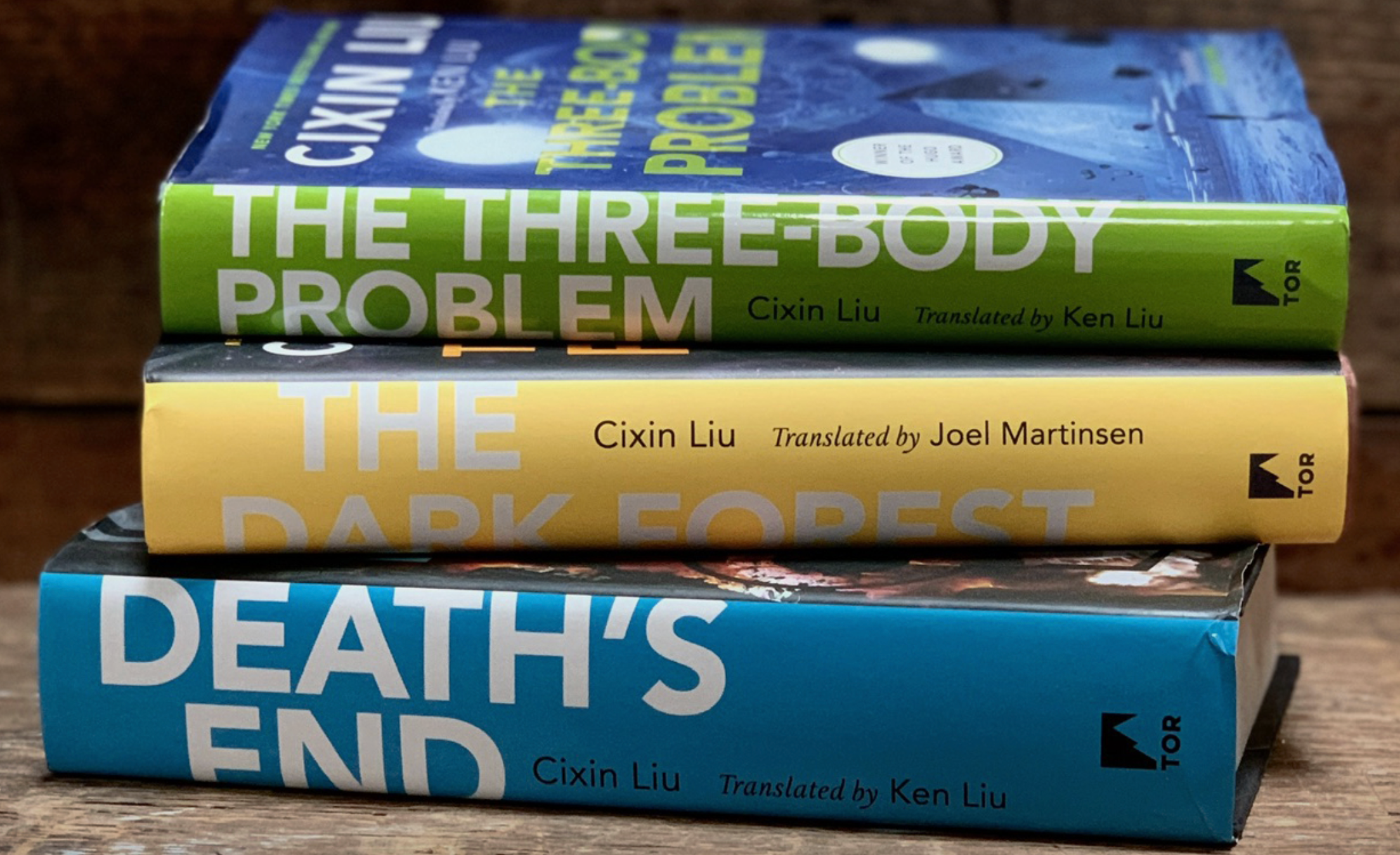 Chris Evans says he can’t wear cable knit sweaters after ‘Knives Out:’ ‘I don’t know if it works anymore’

Chris Evanstold Jimmy Fallon that he doesn’t think he can wear cable knit sweaters any more thanks to “Knives Out.” Fallon asked Evans, who played Hugh Ransom Drysdale in Rian Johnson’s whodunnit, if he was going to wear the famous cable-knit sweater he wore in the film on his new […] 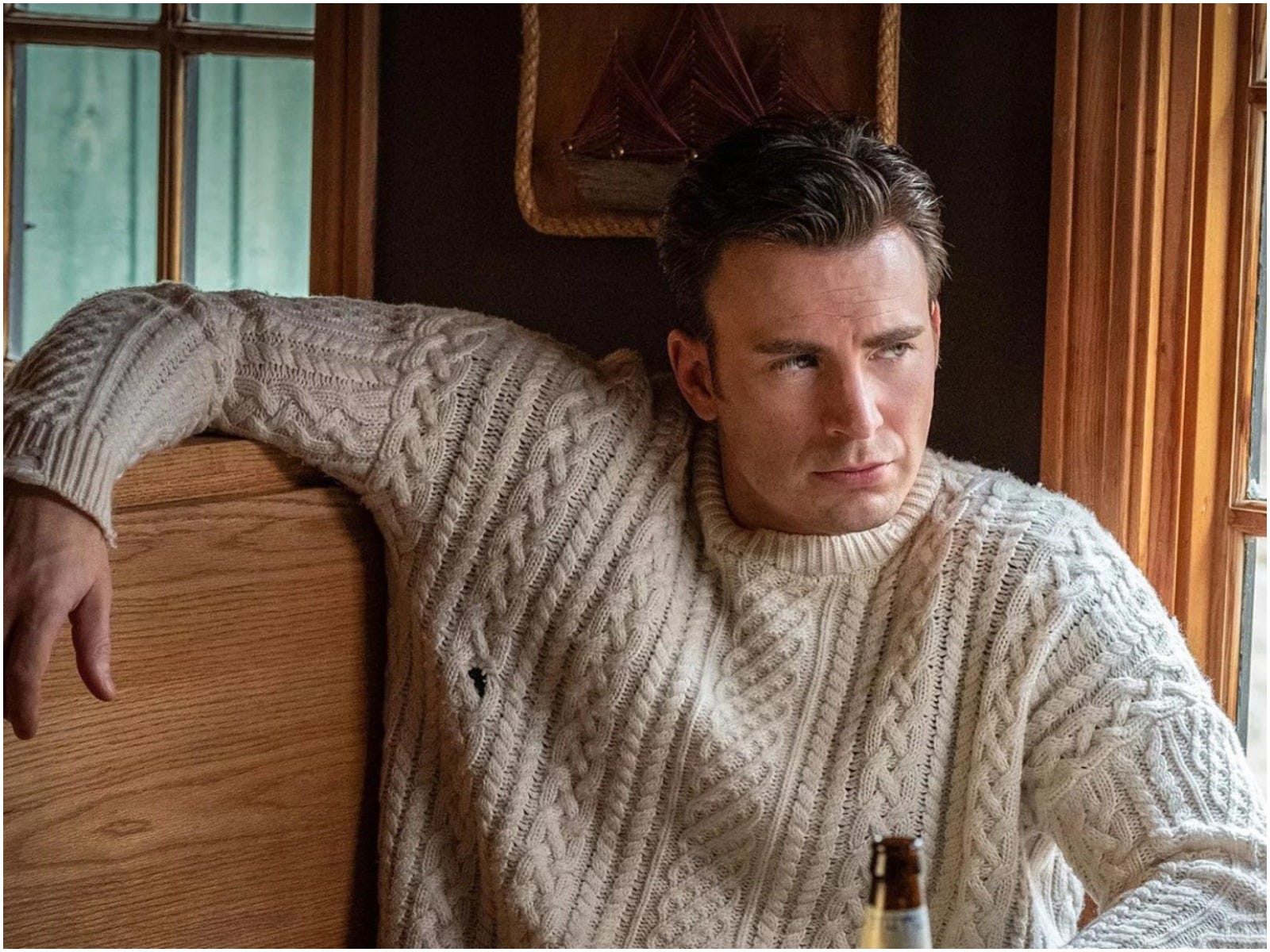 Rian Johnson, the director of hit whodunit movie “Knives Out,” recently sat down for an interview with Vanity Fair to break down a scene from the film. Johnson says that while Apple allowed the movie to feature an iPhone in the scene, the company doesn’t allow “bad guys” to have […] 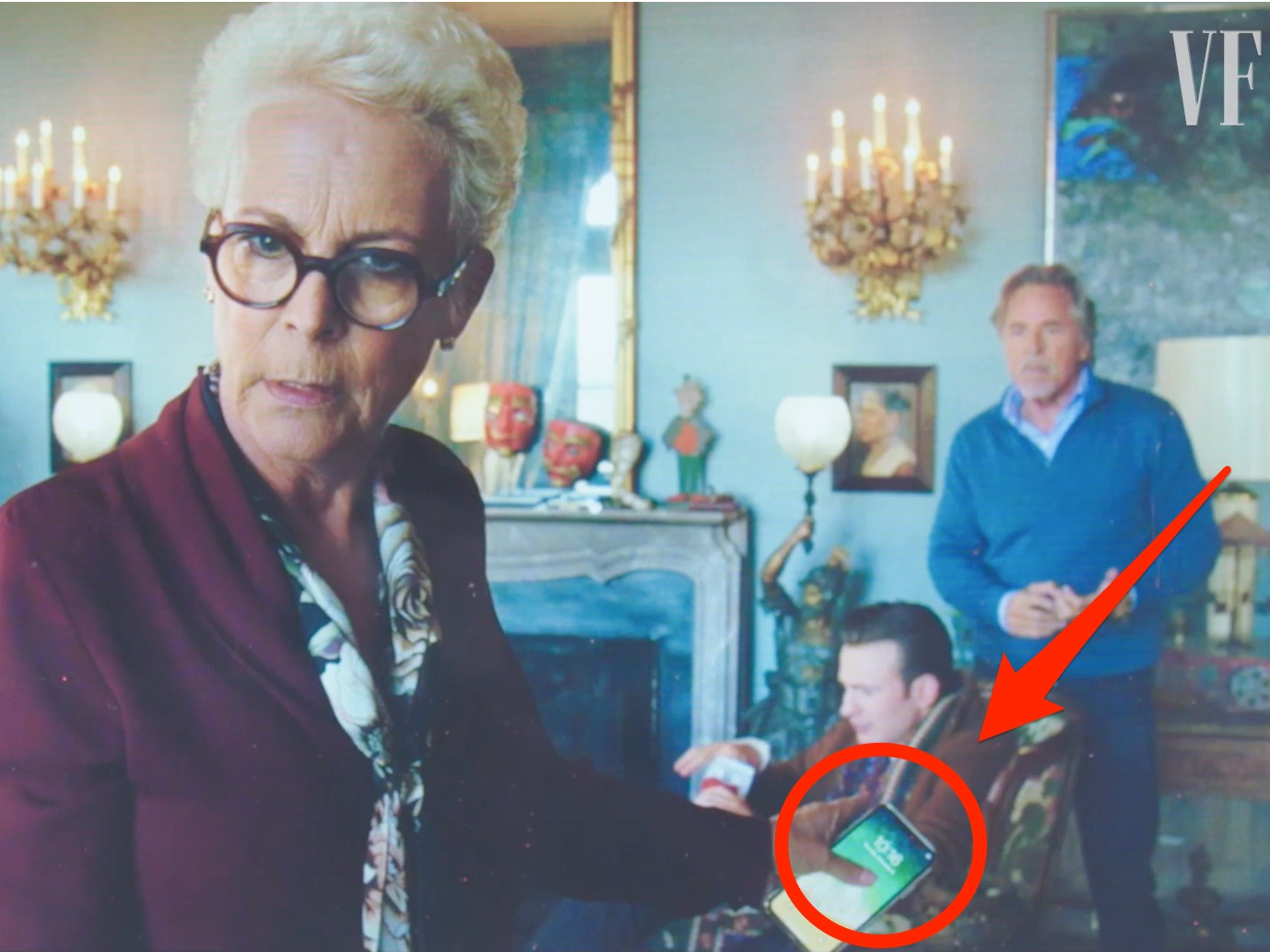 Director Rian Johnson says he and star Daniel Craig were like ‘little kids’ on the set of ‘Knives Out,’ his star-studded murder mystery

Writer-director Rian Johnson told Business Insider how the immediacy of making his latest movie, “Knives Out,” was in some ways a palate cleanser for him as a filmmaker. Johnson discussed how he and his star Daniel Craig pushed one another in seeing how wacky they could go with Craig’s private […]
News Nov. 21, 2019, 8:12 AM

“Knives Out” is a highly enjoyable murder mystery with a star cast. Performances from Daniel Craig and Chris Evans will keep you engaged and laughing throughout. The film’s subplot, which isn’t obvious from marketing, may turn off some viewers. Visit Insider’s homepage for more stories. “Knives Out” delivers a delightful, […] Rian Johnson told Business Insider what it was like seeing baby Yoda face-to-face when he visited the set of “The Mandalorian.” But “The Last Jedi” director is staying mum on if the “Star Wars” movie slated to come out in 2022 is one from his planned new trilogy, saying “I […]
News Sep. 8, 2019, 11:26 PM

‘Knives Out’ is a delightful whodunit from ‘The Last Jedi’ director, who proves he can still make a great original story

Writer-director Rian Johnson’s first film following “Star Wars: The Last Jedi” is something very different. It’s the murder mystery “Knives Out,” which stars Daniel Craig as a famous private investigator who is trying to figure out the death of a noted novelist. The movie is a fantastic darkly comedic whodunit […]
News Oct. 3, 2018, 1:24 PM

A lot of the criticism of ‘Star Wars: The Last Jedi’ actually came from Russian trolls and bots, new study finds

Much of the “Star Wars: The Last Jedi” backlash came from Russian trolls – not fans – according to a new study. Researcher Morten Bay wrote in a paper that there was “evidence of deliberate, organised political influence measures disguised as fan arguments.” Bay said much of the hatred for […]
News Jul. 27, 2018, 12:36 AM

“Star Wars: The Last Jedi” director Rian Johnson recently deleted 20,000 tweets soon after Disney fired James Gunn from “Guardians of the Galaxy 3.” Johnson explained that it was a preemptive measure and a decision he made himself. “This seems like a ‘why not?’ move,” he tweeted. “Star Wars: The […]
News Jun. 22, 2018, 4:48 AM

A campaign has started online to remake “Star Wars: The Last Jedi,” claiming that a group of producers will provide the budget. The film’s director, Rian Johnson, mocked the campaign on Twitter, quoting one of its tweets and adding, “Please actually happen.” A vocal subset of fans and internet trolls […]
News Jun. 8, 2018, 1:06 AM

“Star Wars” star Mark Hamill defended co-star Kelly Marie Tran on Twitter on Wednesday. Hamill tweeted a photo of the two of them together with the caption, “What’s not to love? #GetALifeNerds.” Tran recently deleted all of her Instagram posts after facing months of online harassment. Luke Skywalker himself, Mark […]
News May. 26, 2018, 12:41 AM

It’s a good week to be a “Star Wars” fan. Not only is “Solo: A Star Wars Story” now in theatres, but according to The Hollywood Reporter, Lucasfilm is “developing movies on a slew of characters,” including fan favourites Boba Fett and Obi-Wan Kenobi. That’s just the icing on the […]
News Apr. 4, 2018, 2:37 AM

Rian Johnson, the director of “Star Wars: The Last Jedi,” said he got death threats after the movie came out. Johnson said that while he knew there would be backlash, the death threats were shocking to read. “The Last Jedi” divided “Star Wars” fans in an extreme way. People either […]
News Mar. 28, 2018, 12:42 AM

George Lucas once had a vision for his own “Star Wars” sequel trilogy, and he told actor Mark Hamill his plan for the finale. Hamill said that Lucas intended to kill Luke Skywalker in Episode 9 after he trains Leia in the ways of the Force. Luke instead dies in […]
News Mar. 14, 2018, 8:11 AM

In the documentary “The Director and the Jedi,” which premiered at South by Southwest on Monday, “Star Wars: The Last Jedi” director Rian Johnson says Russian bots launched an online campaign in an effort to save General Hux in the film. Johnson says Russian accounts tried to influence the film’s […]
News Jan. 26, 2018, 8:28 AM

“Star Wars: The Last Jedi” director Rian Johnson said in a new interview that fan backlash to his “Star Wars” movie led him to “a very dark hour of the soul.” Though “The Last Jedi” earned a 90% “Fresh” rating among critics on Rotten Tomatoes, audiences had mixed reactions to […]
News Jan. 18, 2018, 3:58 AM

‘The Last Jedi’ director says the movie’s polarising final scene was almost taken out: ‘We went back and forth’

Director Rian Johnson explained in a recent interview why the final scene in “The Last Jedi” is so important. Johnson admits that the scene, which has split “Star Wars” fans, was also heavily discussed in the edit room. Warning: Spoilers below if you haven’t seen “Star Wars: The Last Jedi.” […]
News Dec. 22, 2017, 5:25 AM

“Star Wars: The Last Jedi” director Rian Johnson explained why Captain Phasma doesn’t get a lot of screen time. The fan favourite also had a small amount of scenes in “The Force Awakens,” so s he may be headed to the Boba Fett-level of “Star Wars” fan obsession. Warning: Spoilers […]
News Dec. 21, 2017, 5:31 AM

Rian Johnson has been thinking about a particular shot since he started work on “Star Wars: The Last Jedi.” He said it’s the rare time when an early idea makes it to the big screen. Warning: Spoilers coming if you haven’t seen “The Last Jedi.” Rian Johnson spent four years […]
Next Page »