Zillow and the National Association of Realtors are locked in a legal fight with a Texas startup, which accuses them of anti-competitive practices

REX, a Texas real estate startup, accused Zillow and the National Association of Realtors of anticompetitive practices in a lawsuit. 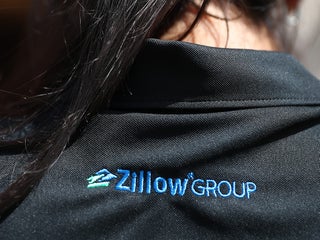 Domestic flights are cheaper than they have been in a decade, as the major airlines battle it out against Rex

Flights between Sydney and Melbourne are now at their lowest price in over a decade, as competition heats up between Australia’s airlines. A new report from the ACCC has attributed to fall in prices largely to Rex competing on more capital city flights during a boom in domestic tourism. While […]

‘Cheaper than the bus’: Rex, Virgin and Jetstar kick off a price war over Melbourne to Sydney flights, with fares as low as $39

Australia’s airlines have sparked a price war on flights between Sydney and Melbourne in a bid to reignite domestic travel spending. Rex announced on Monday it would release a $39 ticket for the route, a move that was quickly matched by Virgin and Jetstar. Rex deputy chairman John Sharp said […]

Qantas boss Alan Joyce says Australia still only has room for two major airline groups and it is unlikely both Virgin Australia and new rival Regional Express (Rex) will survive the post-pandemic aviation dogfight. Mr Joyce said in an interview on Wednesday that country airline Rex launching flights between Sydney […]

Rex will launch flights between Melbourne and Sydney from March 2021, putting it in competition with Qantas and Virgin

Rex predicts regional travel will return to normal in two years, as it posts its latest earnings results

The ACCC will consider letting Rex, Virgin and Qantas continue coordinating on regional flights during the pandemic

The Australian competition regulator will consider allowing Rex airlines to continue coordinating with Qantas and Virgin on 10 regional flight routes. It comes as the coronavirus pandemic has wreaked havoc on the travel industry and resulted in “exceptionally low demand” for flights. Under the proposed authorisation, the ACCC will allow […]

Regional airline Rex is moving ahead with its plan to fly between Sydney, Melbourne and Brisbane

Regional Express Airlines says it will push ahead with plans to launch jet services between Sydney, Melbourne and Brisbane as a direct competitor to Qantas and Virgin Australia. The ASX-listed airline said on Monday it will raise $30 million either by selling and leasing back aircraft, from an equity injection […]

Regional airline Rex says it will spend $200 million to fly between Australia’s capital cities, sticking it to Qantas and Virgin

Australian airline Regional Express (Rex) will raise $200 million to create a new serice flying between capital cities, not just to them, the AFR has reported. Promising it will be between a budget and full-service airline, Rex said it is looking to lease around 10 planes and hire new staff […]

A global pilot shortage has led Australia’s third largest airline, Regional Express (Rex), to accuse its major rivals of “rapacious plundering” of its staff in a bid to stay in the air. In an open letter to its regional customers today, Rex Chief Operating Officer Neville Howell says regional aviation […]

Sydney-based Regional Express (Rex) Group is once again Australia’s most profitable airline. The company announced a statutory Profit Before Tax of $13.8 million on a $151 million turnover for the first half of the financial year. The ASX-listed airline said the result was a 60% improvement on 12 months earlier, […]

Regional Express (Rex) has grounded five of its Saab 340B turboprop aircraft after the propeller fell off one of the planes as it came in to land at Sydney airport last Friday. Flight ZL768 from Albury to Sydney, with 16 passengers and 3 crew on board, was at 6,000 feet, […]

The Regional Express (Rex) Group has posted a statutory after tax loss of $11.4 million after writing down more than $17 million in assets, goodwill and fuel hedging. It’s the first time the Australian-based business has posted a loss since its launch in 2002 in the wake of the Ansett […]

Profit Drops For Regional Airline Rex, But It’s Still The Only Australian Airline In The Black

You can make money, it seems. 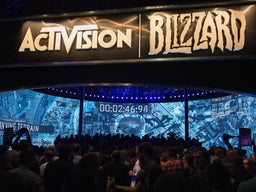