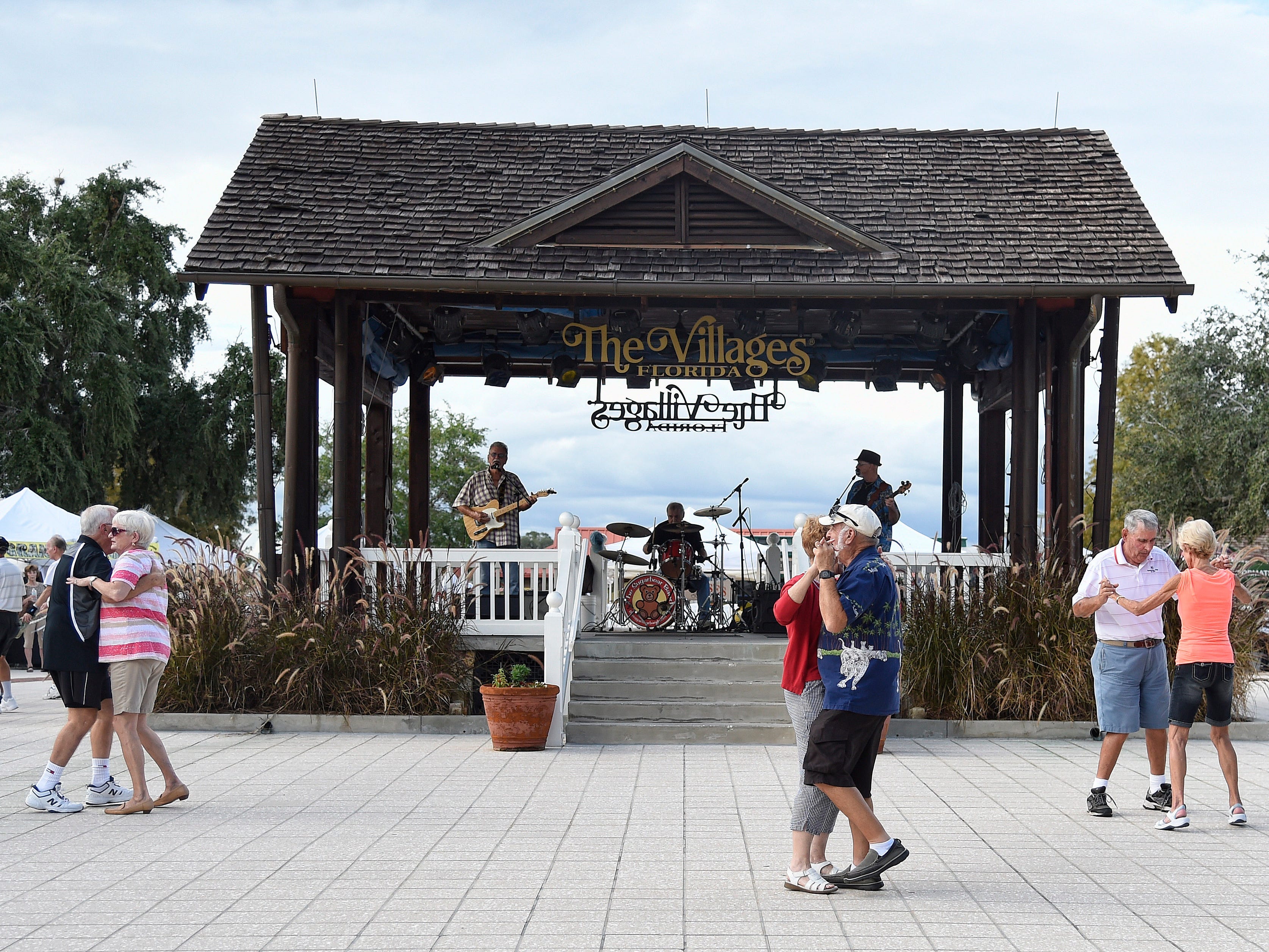 I started saving for retirement when I was 24, and I’d recommend just about anyone do the same for 2 reasons

I started contributing to my employer-sponsored 401(k) well before I had an idea of what I wanted my retirement to look like. Looking back, I’m glad I started early. The longer my money sits in the market, the more interest it earns over time. And while retirement accounts have a […] 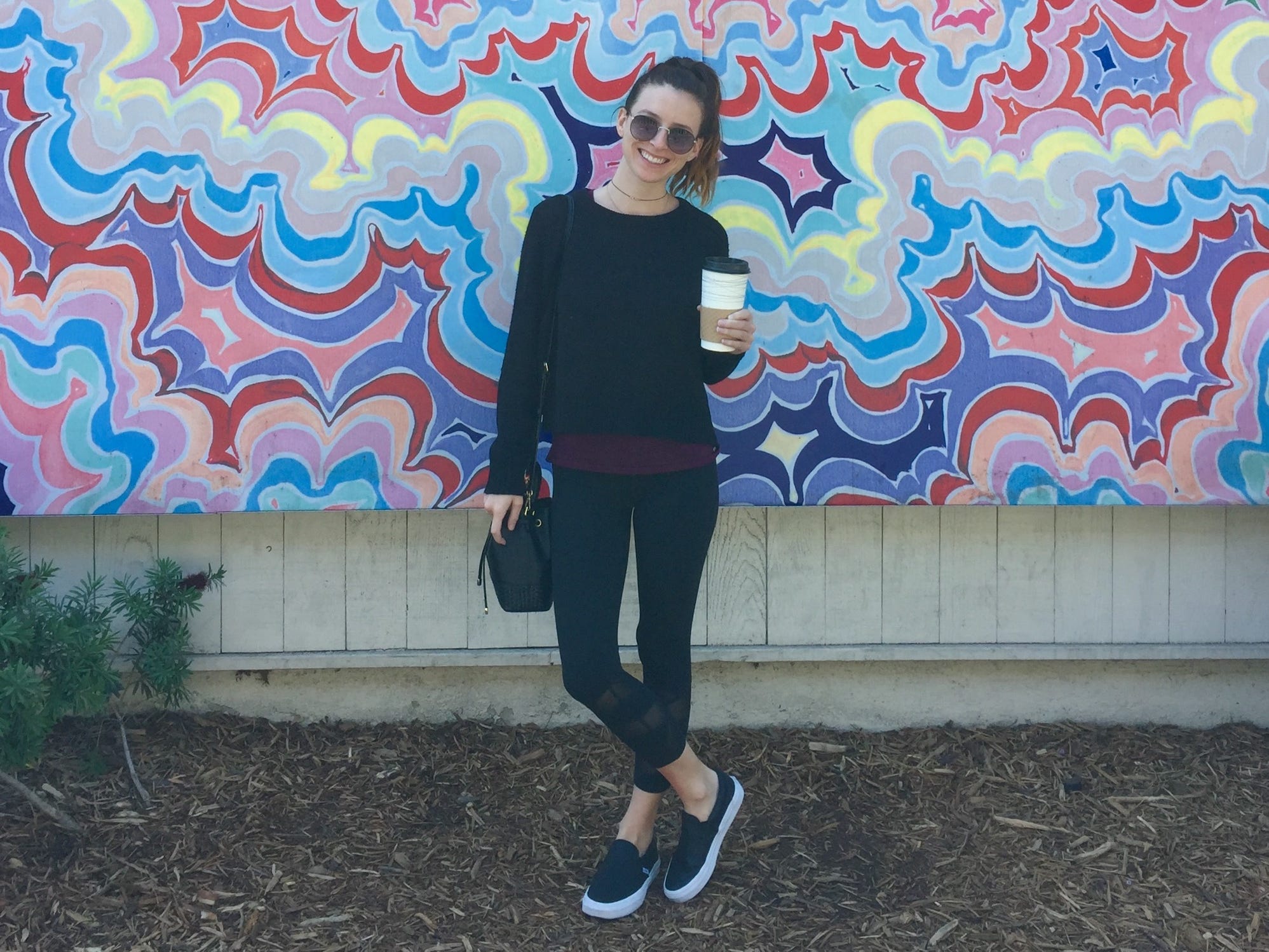 Retirement planning is a process that takes years, but the signs that you’re not going in the right direction are apparent even when you’re young. If you haven’t saved at least three times your income by age 40, you may not be on track for retirement. And, if you’ve borrowed […] 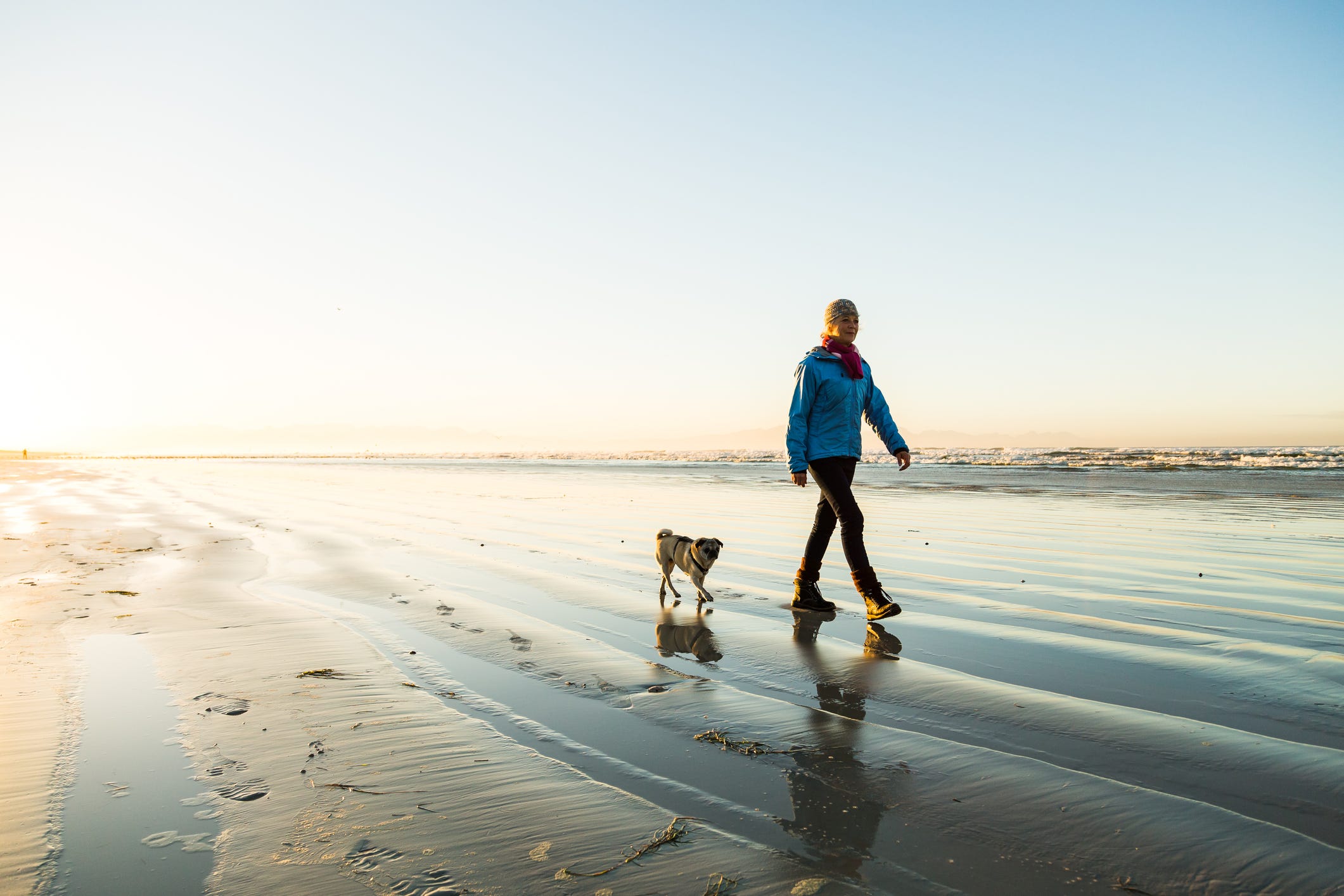 Edd and Cynthia Staton moved from Las Vegas to Cuenca, Ecuador, about 10 years ago to make their retirement savings stretch after the Great Recession. They have found that most aspects of their lives are just as they would be in Nevada or anywhere else. They said they have more […] 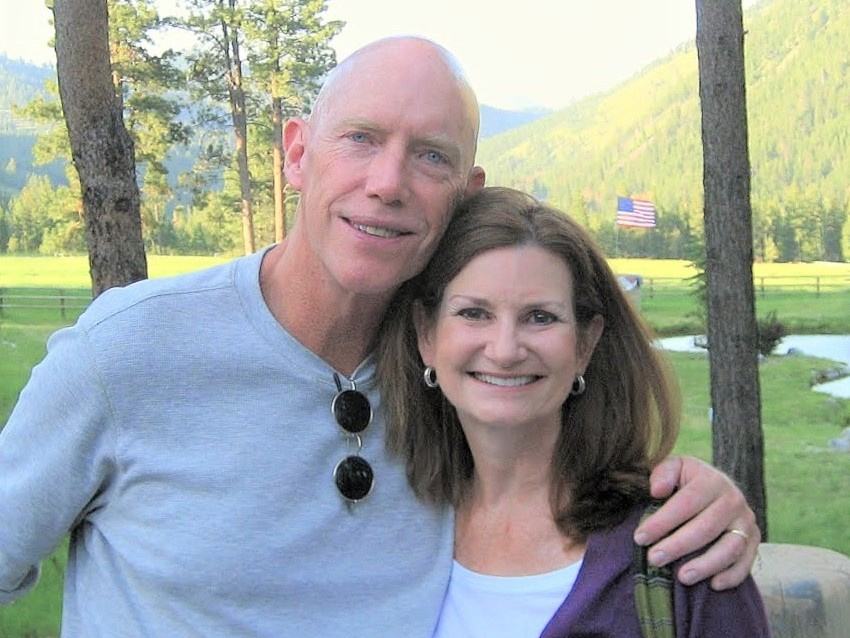 The difference between a Roth 401(k) and a traditional 401(k), and how to decide which retirement plan is right for you 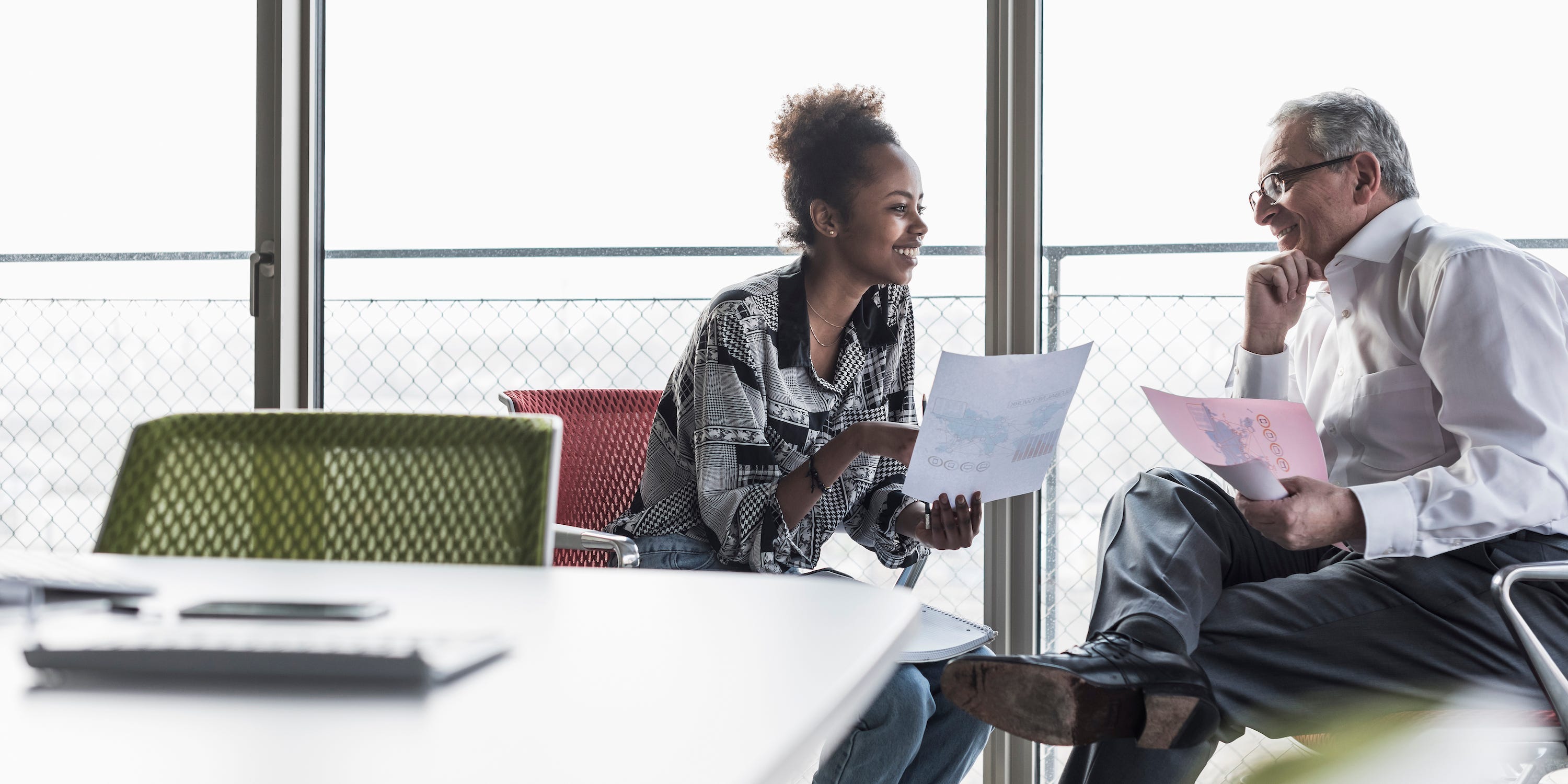 For anyone thinking about relocating for retirement,affordability is a big consideration. According to data from Blacktower Financial Management, the best states for retirees based on cost of living are Mississippi, Oklahoma, and Arkansas. Other states to make the list include Texas, New Mexico, and Tennessee, which all offer retirees affordable […]
Markets Dec. 8, 2019, 6:30 AM

Dennis Friedman retired 10 years ago, at age 58. Like many retirees, he found himself obsessing over his investment portfolio and spending habits, he wrote in an article published by Humble Dollar. About a year ago, Friedman hired a financial planner to help with his drawdown strategy and he’s never […]
Markets Dec. 5, 2019, 2:08 AM

Edd and Cynthia Staton moved from Las Vegas to Cuenca, Ecuador, about 10 years ago to make their retirement savings stretch after the Great Recession. They have found that most aspects of their lives are just as they would be in Nevada or anywhere else. They said they had more […]
Markets Nov. 28, 2019, 12:45 AM

Here’s the investment portfolio of 2 millennials who are saving for retirement, a down payment, and their future kids

Morningstar’s director of personal finance, Christine Benz, recently overhauled the investment portfolio of a millennial couple who is balancing short and long-term goals. Justin and MacKenzie are planning to get married, buy a house, and start a family in the next few years. Justin also wants to buy rental property […]
Markets Oct. 24, 2019, 2:33 AM

Millennials know their retirement won’t look like mum and dad’s, and they’re already planning ahead

Only 8% of Americans surveyed by BNY Investment Management could correctly define fixed-income investing. The remaining 92% got it wrong or admitted they didn’t know. Some experts view this as a problem because fixed-income investing is the cornerstone of retirement planning, and can also help investors balance risk in their […]
Markets Sep. 19, 2019, 6:12 AM

Most freelancers are millennials, but retirees are quickly catching up

More baby boomers are turning to freelancing to earn extra income, bulk up retirement funds, or transition into retirement, according to a New York Times story. More than 56 million American adults freelanced in 2018, including 30% of workers over age 55. In general, a shift away from pension plans […]
Markets Sep. 18, 2019, 2:56 AM

If you work for a nonprofit, church, or public school, a 403(b) plan is a great way to save for retirement

Health savings accounts are exactly what they sound like: savings accounts that can be used for expenses related to your health – now, in retirement, or any time in between. You must be enrolled in a high deductible health plan to contribute to an HSA, but you can open an […]
Markets Jun. 5, 2019, 12:42 AM

Finding low-cost, high-quality healthcare coverage in early retirement can be a challenge. If you’re waiting for Medicare to kick in at 65, usually the most cost-effective option for health insurance – if available to you – is joining a working spouse’s employer-sponsored plan. Otherwise, you may consider continuing coverage through […]
Markets May. 25, 2019, 12:15 AM

About 55 million Americans save for retirement in a 401(k) plan, automatically deferring a portion of their paycheck into an investment account. The money contributed to a 401(k) is pretax, allowing for greater compound growth. Many employers also offer to match employee contributions to a 401(k) up to a percentage […]
Markets May. 4, 2019, 1:28 AM

Many Gen Xers who expect to retire before age 75 are behind on their retirement savings, according to a recent INSIDER and Morning Consult survey. Gen Xers need to set financial boundaries when it comes to caring for their ageing parents and launching their millennial and Gen Z children, said […]
Markets May. 2, 2019, 12:30 AM

4 healthcare costs in retirement no one warns you about

The average couple will spend at least $US280,000 on healthcare in retirement, but only about half of American adults have a financial plan in place. Expected out-of-pocket medical costs for retirees include Medicare premiums, deductibles, copayments, and co-insurance. Some overlooked health costs in retirement include vision and hearing exams, supplemental […]
Markets May. 2, 2019, 12:15 AM

Americans can begin claiming reduced Social Security benefits at age 62. The longer a person waits to claim Social Security, the more money they will get. Each year a person delays Social Security until age 70, their benefit – the amount they would have begun receiving at either 66 or […]
Markets Apr. 29, 2019, 1:00 AM

Millions of Americans are working past 65, and it’s not because they can’t afford to retire

More retirement-age Americans, mostly baby boomers, are working today than ever before, but it’s not because they need the money. The largest increase in people working past 65 has been among those in the best shape for retirement: highly educated people with high incomes, says Lincoln Plews, a research analyst […]
Next Page »