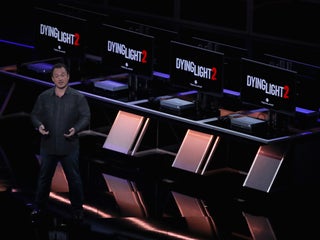 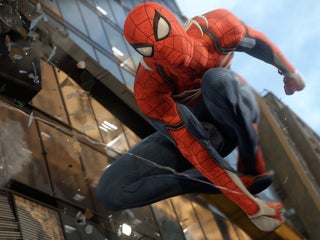 ‘Star Wars Jedi: Fallen Order’ returned to the franchise’s roots, and the result is an authentic ‘Star Wars’ experience fan will love EA just delivered the best ‘Star Wars’ game in a decade, and it’s a clear response to critics of ‘Star Wars Battlefront 2’ A video game tournament broadcast scheduled for this weekend on ESPN is being canceled “out of respect for the victims and all those impacted by the recent shootings.” The game being played on the broadcast, “Apex Legends,” is a cartoonish first-person shooter set on an alien planet. In the wake […] The biggest game of 2019 so far is “Apex Legends,” which pulled in over 50 million players in its first month on Xbox One, PlayStation 4, and PC. On July 2, “Apex Legends” got a huge update: a new character, major changes to its map, and a totally new mode. […] We just got our first real look at the next big ‘Star Wars’ game, a Force-powered Jedi adventure

“Star Wars Jedi: Fallen Order” is coming to PlayStation 4, Xbox One, and PC on November 15th. We just got our first look at its gameplay – take a look below. “Fallen Order” will be a third-person action adventure game, set after the events of “Star Wars Episode III: Revenge […] The PlayStation 4 is a great console, and its DualShock 4 gamepad is one of the best available. But there are certain competitive games that benefit from having a few more bells and whistles than the DualShock 4 offers – Battle Royale games like “Fortnite” and “Apex Legends” are high […] The first major addition has arrived in “Apex Legends,” the wildly popular new Battle Royale game. The “Wild Frontier” expansion includes the first new character, Octane, and the game’s first Battle Pass – a massive set of unlockable items tied to your level. At $US9.50, the Battle Pass is an […] Electronic Arts took a huge gamble by paying the world’s most popular gamer $1 million to play its new game for a day. Here’s why it was worth every penny

To help promote the surprise launch of “Apex Legends,” Electronic Arts paid Tyler “Ninja” Blevins, Michael “Shroud” Grzesiek, and several other professional gamers to play and stream the game on release day. Reuters reports that Ninja was paid $US1 million to help promote the game; he currently has the most […]