Major players in Australia’s finance and resource sector will be permitted to vaccinate staff against COVID-19, according to the new rollout tsar. Lieutenant-General John Frewen told The Age that private enterprise has expressed a strong desire to vaccinate workers to expedite the rollout. Mining executives say they are prepared to […]

Good morning! We’re nearly there. 1. Australian coal exports to China have been formally blocked after months of turmoil. Australian coal will be blocked indefinitely while China emphasises imports from Mongolia, Indonesia and Russia, and expands local production. The decision was made by China’s National Development and Reform Commission at […]

Over one billion students of all ages are currently away from the classroom worldwide – and no one knows what a return looks like. Museums, zoos, learning platforms and more have all rolled out online educational opportunities for free during this period of social distancing. These are especially useful for […] 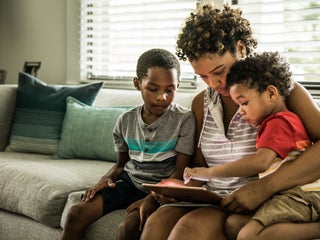 Just before Christmas the gold price shot up over $1,800 an ounce in Aussie dollar terms, a price not seen for 18 months. And according to experts, this is great news for not just the big producers – finally, junior producers and explorers could also have their time in the […]

Adani’s controversial Queensland coal mine is going ahead

Mining company Adani today announced that it’s proceeding with a scaled-back version of its Carmichael coal mine. The announcement follows years of controversy, legal delays and opposition from environmental groups. Adani CEO Lucas Dow said the project will be entirely self-funded. Construction is expected to begin before the end of […]

Australia’s mid-tier mining sector is steaming ahead on the back of higher commodity prices. Profits have soared back to 2012 levels. And demand for smartphones and electric vehicles has sparked a rush on lithium. Australia’s mid-tier miners have increased their profits and market cap over the last year as commodities […]

Ice may be exposed at hundreds of locations on the surface of the moon, a new study suggests. This surface water appears to be trapped in shadowed craters at the lunar poles. Robotic or human missions could harvest lunar ice and turn it into fuel for spacecraft. However, engineers who […] BHP says it has met or exceeded full year production guidance for petroleum, copper, iron ore and energy coal. Total iron ore production for the 2018 financial year increased by 3% to a record 238 million tonnes. The company says it expects to have an exception $US440 million charge, related […]

North Korea may be sitting on a $6 trillion resources stockpile

Research from Credit Suisse suggests North Korea could become a $100 billion economy within 10 years if it opens its borders to foreign investment. Industry experts have speculated the country may also be sitting on $US6 trillion in resources – 190 times its 2016 GDP . Recent negotiations between North […]

“Fortnite” is the world’s most popular game, with over 125 million players. Epic Games, makers of “Fortnite,” are looking to evolve the gameplay. “We are exploring changes to weapon balance and resource economy, like e.g. resource caps,” a post on Epic’s blog said. Building without limits is core to the […] If you’re planning a beach vacation, you’d better get to it soon. An alarming statistic for you: 67% of Southern California beaches? GONE by 2100. All because of sand. Even if you don’t think about the grainy stuff, you use it daily. You’re reading this off something made with sand, […] Atlas Iron, which was an an early victim of falling iron ore prices, has gone into a trading halt with reports of an impending takeover offer. The company says it is preparing an announcement regarding “media speculation”. Mineral Resources, with a significant lithium business, is reported to be in talks […]

Simcoa, Australia’s only silicon producer, could be the first victim of the beginning of a trade war. It uncertain how Australian exporters will be impacted by Donald Trump’s new steel and aluminium tariffs. The US Department of Commerce has imposed a 51.28% extra import tariff on the company. The company […]

The United States comprises about 5% of the world’s population. However, Americans consume an far more than that share of the world’s food, water, and energy. They also generate a lot of emissions and garbage in the process. In honour of Earth Day, a revealing chart shows how many resources […] Rio Tinto posted underlying earnings for the half year of $US3.94 billion ($A4.94 billion) and decided to give back $US3 billion ($A3.7 billion) to shareholders. Earnings were up 152% as surging commodity prices flushed cash through the big miner. Rio almost doubled the net cash it generated in the six […]

Rio Tinto, one of many multinationals facing political pressure over the use of schemes to reduce tax paid in Australia, has released detail on its use of tax havens. Of the 600 companies which make up Rio, 17 are resident in tax havens. This is three fewer than in 2014. […]

The world’s top 40 miners last year posted their first collective loss of $US$27 billion, according to PwC’s Mine 2016 report. Their combined market capitalisation in down 37% to $494 billion, in some cases below net book value. The current market value of the top 40 is only a third […]