I spot bait-and-switch rental scams in New York City. Here’s what apartment hunters need to be aware of when looking for a new home.

Lynne Allaker says inaccurate or false apartment listings are a longstanding problem in big cities - and that multiple listings for the same unit are a red flag. 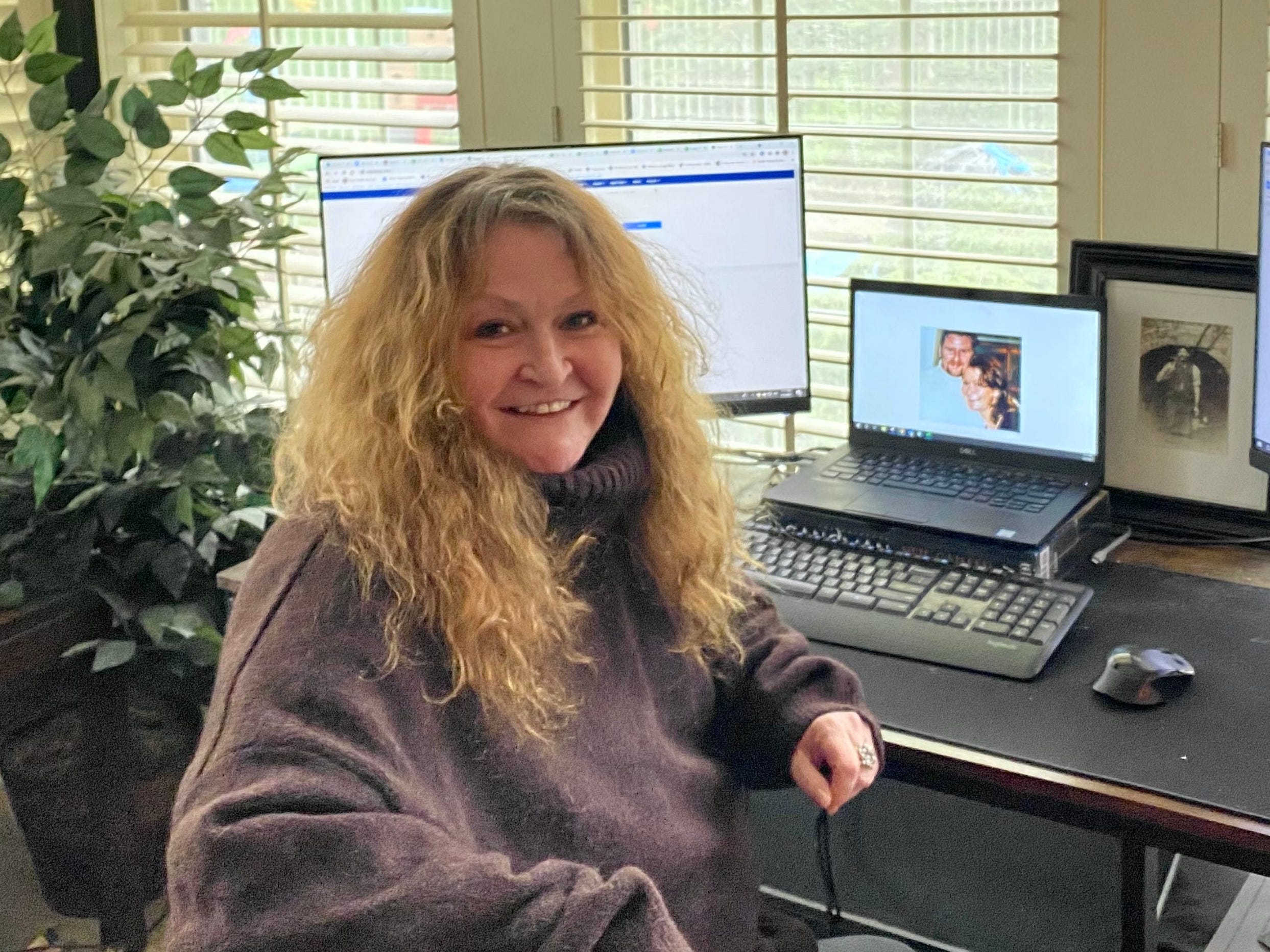 Brooklyn rent was $1,000 cheaper than Manhattan just over a decade ago. But the rental gap narrowed to just $171 as rents plunged during the pandemic. 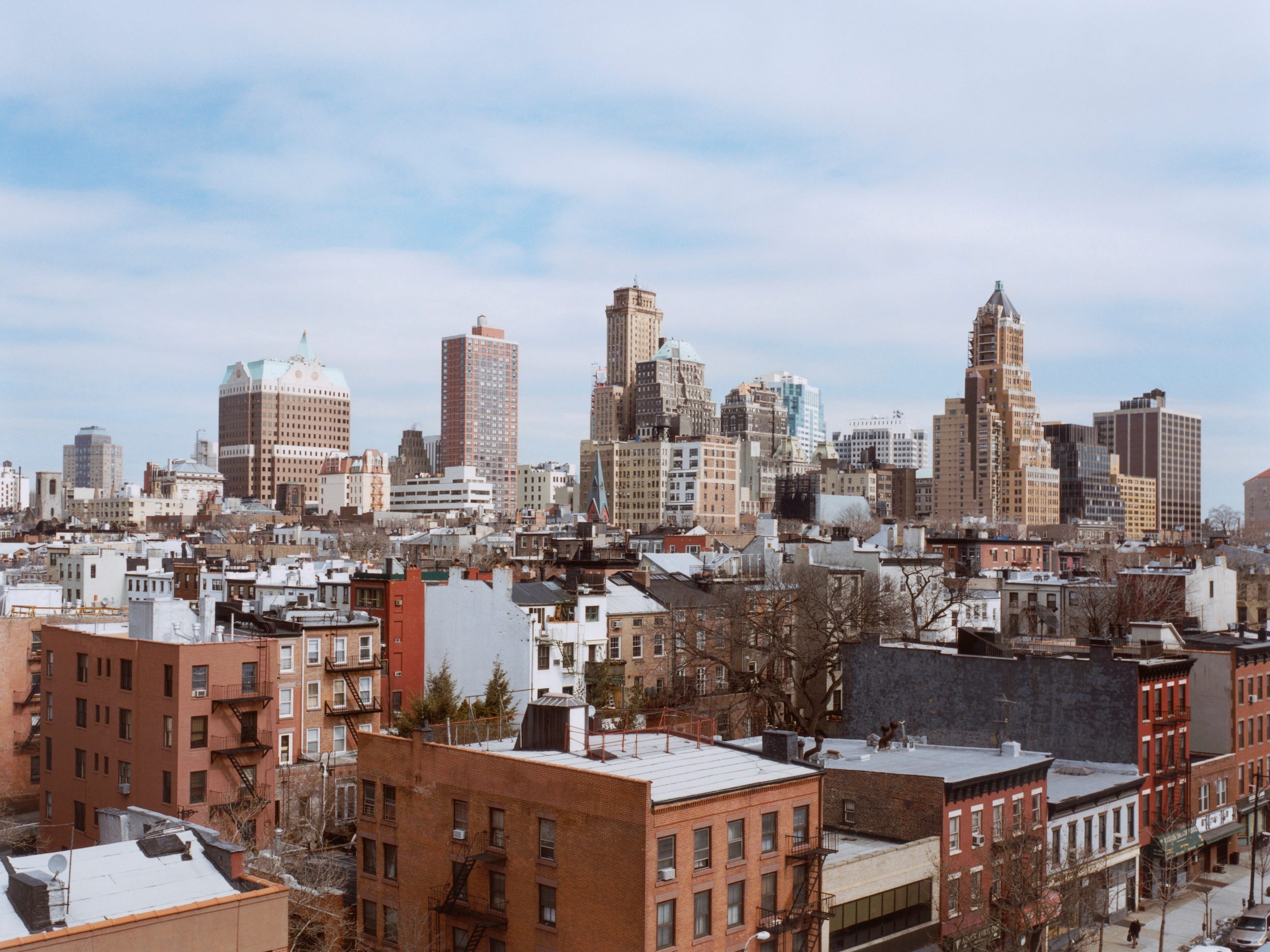 A new Australian app called Dwell has launched, which matches renters and landlords. It’s designed to cut out the middle person (real estate agents) and provide a streamlined connection between renters and landlords. The female-founded app launched in New South Wales, with other states to follow. Visit Business Insider Australia’s […]

Alexandra Gater is a Toronto-based interiors YouTuber with 317,000 followers who specialises in making over small properties in renter-friendly ways, on a budget. She told Insider her three top tips for transforming a rental apartment without spending a fortune. There are lots of ways you can add your own style […] 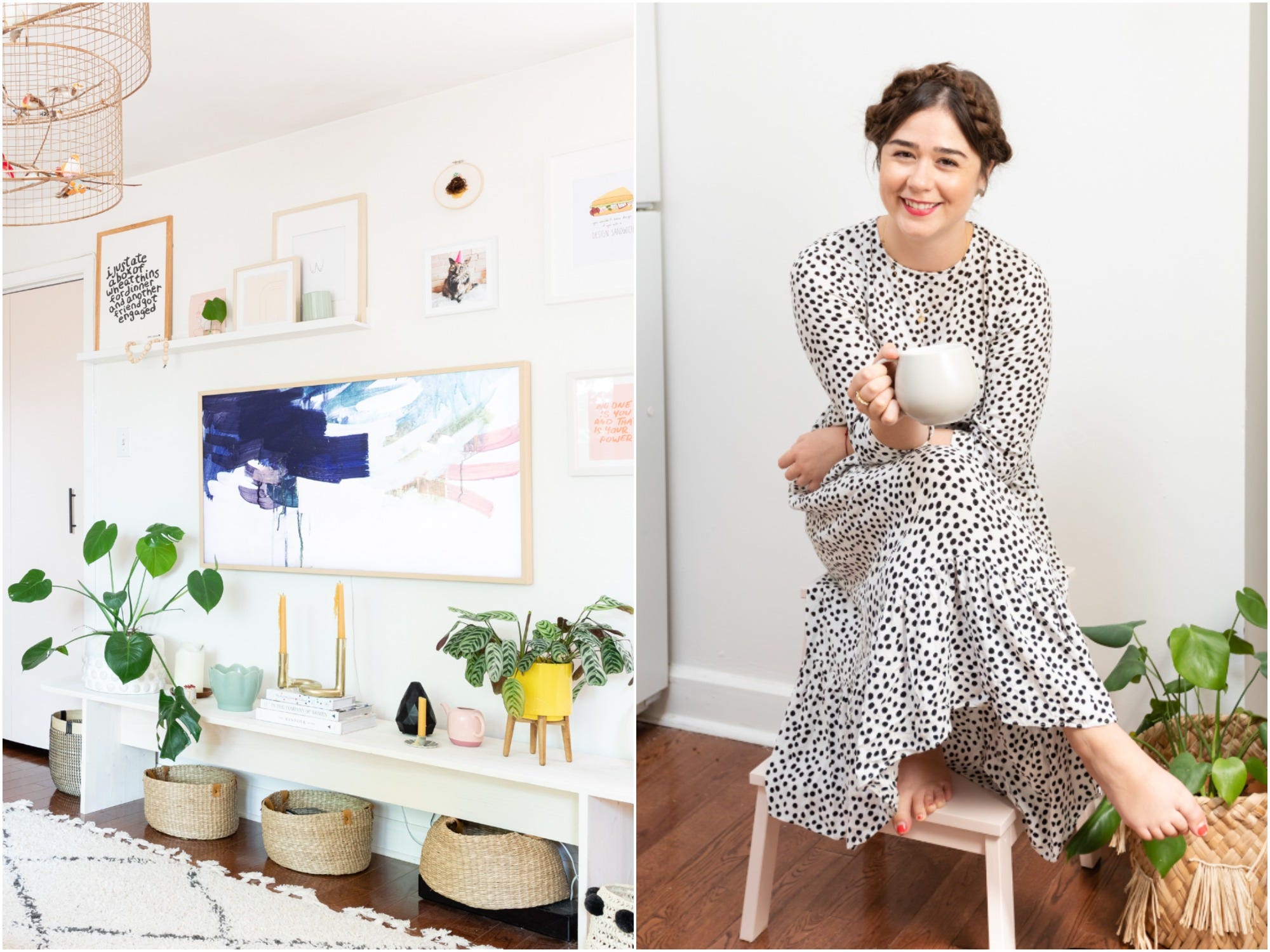 As eviction bans across the country start to lift, the US could face an eviction ‘apocalypse’

At least 44 million Americans have filed for unemployment in the past three months as the coronavirus pandemic devastated industries such as retail and hospitality. Many who lost jobs were unable to pay their rent or utilities, prompting state and federal governments to issue a temporary ban on evictions. But […] 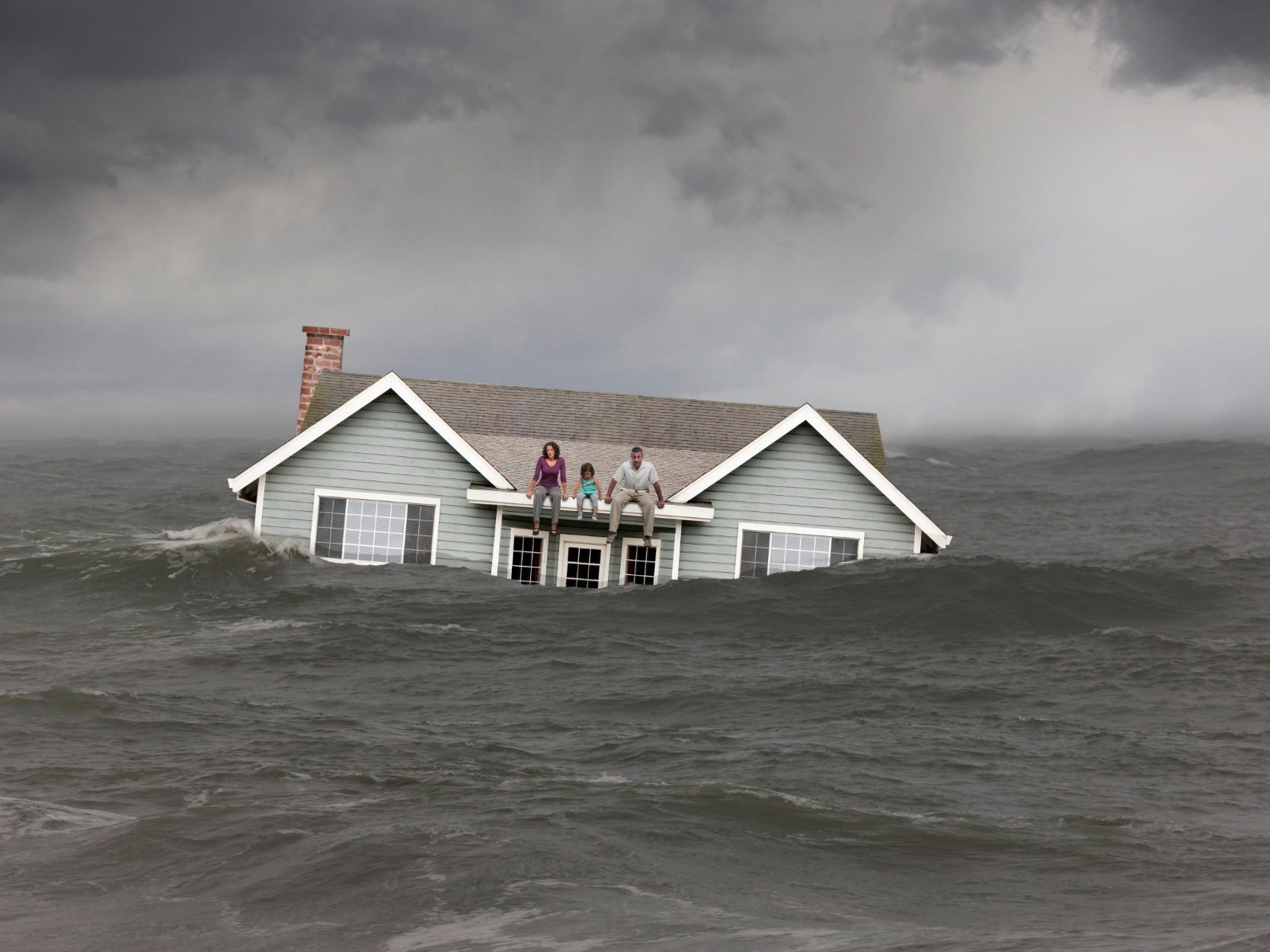 You can now rent a suite in a real-life royal palace on Airbnb, and it comes with a private butler

A luxurious suite in a 300-year-old Indian palace just went up on Airbnb. The Gudliya Suite in the City Palace of Jaipur, India, includes a lounge, kitchen, bathroom, and a private indoor swimming pool. It will cost you $US8,000 a night, and a private butler is included. Visit Insider’s homepage […] I knew I wanted to rent out my first house, so I intentionally bought a home in a desirable neighbourhood and school district because I knew it would drive up rental value. Then, I made renovation choices for a more high-end appearance. Professional cleaning and including select utilities made the […] Data from The Black Tux looks at the cities where couples can benefit the most financially from moving in together, and the cities where each person wouldn’t save much. In many affordable cities throughout the Midwest and Texas, couples will only save $US200 to $US300 per month by moving in […] I’ve paid more rent living in California than ever before, but I’m not sorry I moved here

I moved from the midwest to Santa Barbara, California in August 2018. I was shocked to discover my rent would more than double – from $US800 a month to $US2,000 – but my salary was higher than ever, too. While I’ve loved living on the west coast and I have […] There’s a simple maths rule that can determine if you should rent or buy a home, according to 2 early retirees who think buying a house to live in is a ‘terrible’ idea

Deciding to rent or buy a home comes down to the “Rule of 150,” according to early retirees Kristy Shen and Bryce Leung, who wrote the book “Quit Like a Millionaire.” Multiplying your monthly mortgage payment by 150% will show you how much your house will actually cost per month […] What is renter’s insurance and why do you need it?

Renter’s insurance is a type of coverage that offers peace of mind to renters in the event of theft, fire, or other damage. It covers your personal property whether it’s in your home, car, a moving truck, or a storage locker. Smoke, falling objects, and windstorms are all perils covered […] I’m a landlord and I’m glad I’m renting out my home, but I’d warn anyone to watch out for 4 pitfalls

When my husband and I bought a larger home, we decided to rent out our 900-square-foot property in New Hampshire. We planned to charge almost double the cost of our mortgage, thinking we had a cash cow on our hands. But hidden costs cut our profits way down. We also […] I’ve been renting all over the country for a decade, and I’m starting to consider home ownership. I’ve loved renting, though, because it has allowed me to pick up and move whenever I want to and given me the chance to live in some incredible spaces. I’ve enjoyed National Park […] How to rent an apartment with not-so-great credit

If you have bad or poor credit, i.e. a score somewhere between 300 and 579, you may have trouble renting an apartment if you live in a city where credit checks are a part of the rental process. There are a few things you can do to rent an apartment […] Here’s exactly what it costs me to live in Fort Lauderdale, Florida

I live in Fort Lauderdale, Florida, where the median rent for a three-bedroom house is $US2,250. But, because I rent a room instead of owning a house, I pay much less: about $US600 per month. The two-bedroom, 1,300-square-foot house costs my landlord and roommate about $US1,700 a month, including her […] I’m a freelance writer with student loans who’s kept excellent credit as I move all over the US. Here’s exactly how I do it.

I’ve spent years moving around the US, renting homes for as little as six months at a time. To do that, though, I’ve had to maintain an excellent credit score to make me an appealing tenant for landlords. I keep my credit score above 740 by being diligent about paying […] More than 60 per cent of Sydney buyers would have been better off renting, new analysis shows

More than 60 per cent of Sydneysiders who bought properties in the past 25 years would have been financially better off renting and investing their money in the local stockmarket instead. An analysis by EY of the stockmarket and Sydney property prices across the city’s 43 local government areas between […]

An ad on the UK flat-sharing website SpareRoom for a room rental went viral after people pointed out there was no visible way out. The ad, for a double room for £572 ($US750) a month, showed that it contained a bed, a desk, a chair, a small set of drawers, […]