‘I could do a better job’: This 18-year-old uni student is running for AGL’s board in a bid to shut down its coal stations

Ashjayeen Sharif says he could do a better job of running Australia's largest electricity generator.

AGL lost $2 billion this year, as its refusal to go renewable costs it dearly

One of the country's largest energy providers has backed itself into a corner as it continues to bleed cash.

2 in 3 coal jobs are destined for the scrap heap, a new report suggests, as the energy transition becomes inevitable

The coal lobby may need a new reason for stalling on renewables, as its economic defence begins to fall apart.

Mining giant Fortescue has pledged to be carbon neutral by 2030, as billionaire owner Andrew Forrest outlines a new green vision

Fortescue has brought forward its carbon neutral target by a full decade, claiming it will achieve neutrality by 2030. The push will be accelerated by new plans unveiled by chair Andrew Forrest to push into green hydrogen and renewable projects to both use and produce clean energy. Forrest flagged green […]

Victoria is set to get one of the largest lithium-ion batteries in the world. The 300 MW Victorian Big Battery will be built by renewable energy company Neoen. Neoen is also behind the expansion of Tesla’s big battery in South Australia. Visit Business Insider Australia’s homepage for more stories. Victoria […]

Mike Cannon-Brookes has endorsed a plan to create 1.8 million jobs and turn Australia into a ‘renewable energy superpower’

Think tank Beyond Zero Emissions (BZE) has launched its ‘Million Jobs Plan’ mapping a vision for an acceleration of the renewable energy sector. It plans to create 1.8 million jobs via the acceleration of new energy projects, creation of new zero-energy social housing and retrofitting of existing stock. The framework […]

Welcome to Power Line, a weekly energy newsletter brought to you by Business Insider. Here’s what you need to know: Want to get this newsletter in your inbox every Friday?Sign up here. Most of our content is available to BI Prime subscribers.Click here for 20% off. Got a tip or […] 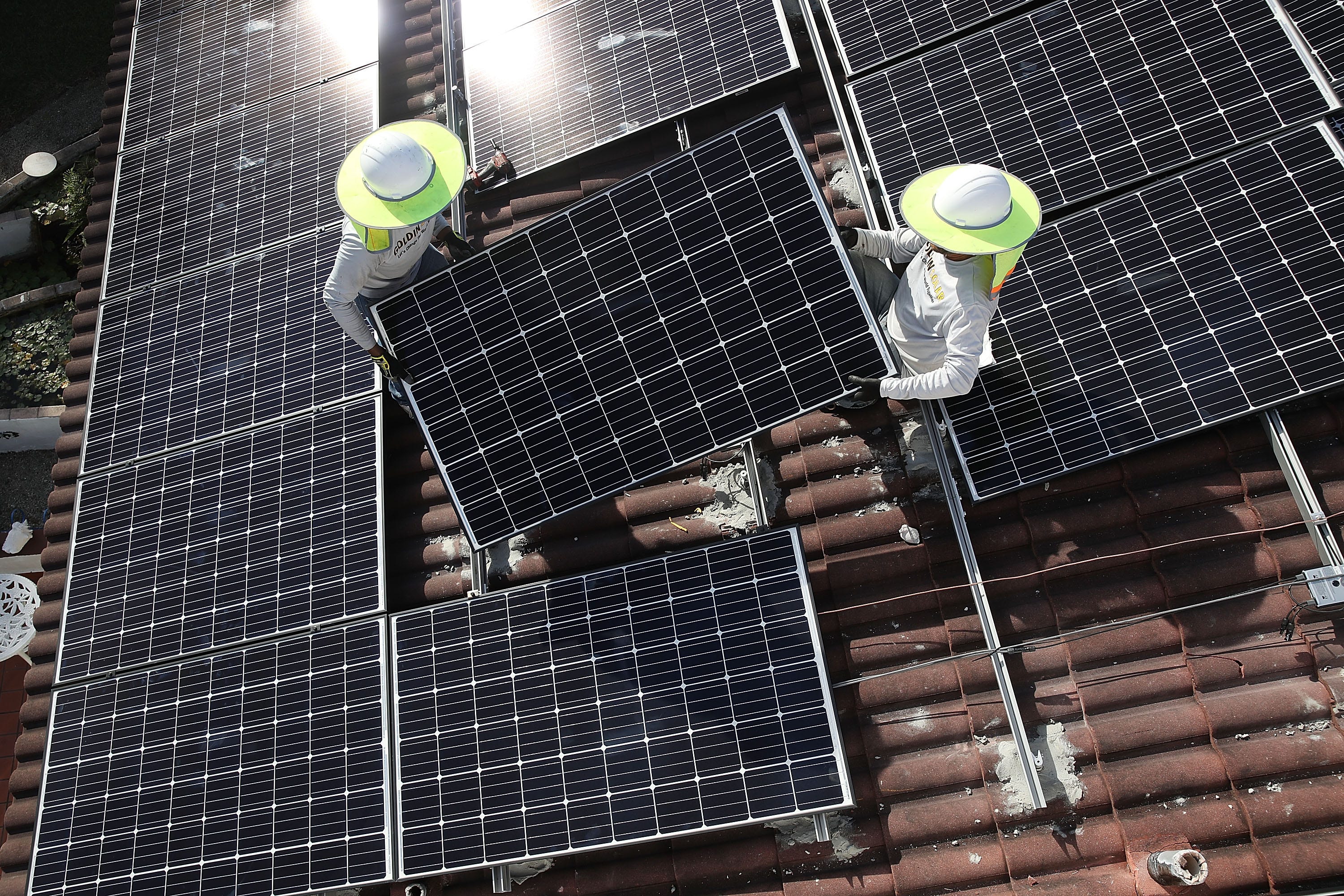 Energy demand could plunge 6% this year, the largest in 70 years in percentage terms and the largest ever in absolute terms, according to a Thursday report from the International Energy Agency. The IEA’s forecast would be more than seven times larger than the impact of the 2008 financial crisis […] 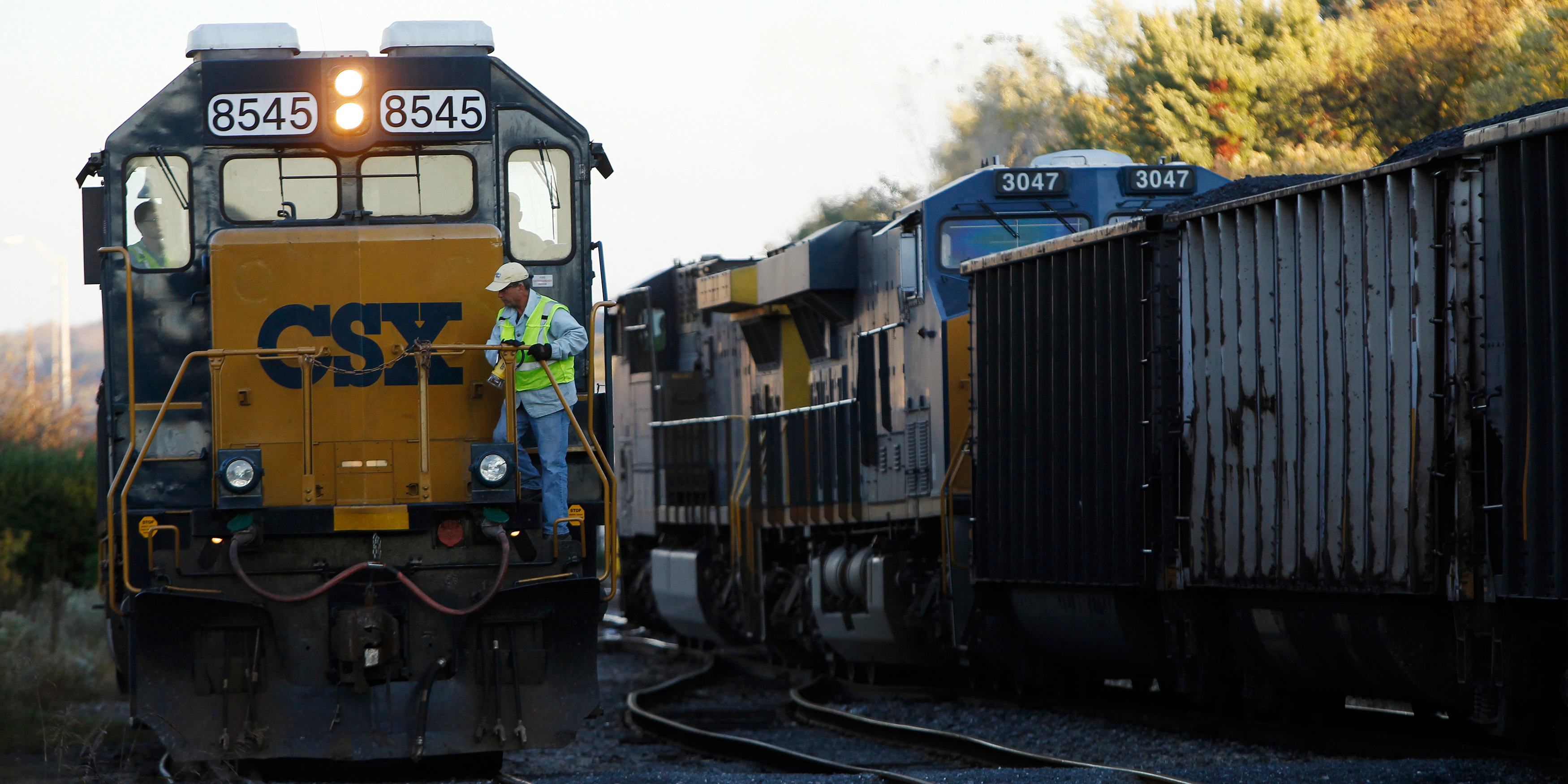 Iberdrola, the largest wind energy producer in the world, will make its debut in the Australian market with a $500 million hybrid solar and wind farm planned for South Australia. The 320 megawatt plant, to be built near Adelaide, would be operational by 2021, and is part of a 650MW […]

$73 trillion will be required to stop climate change. Here are the companies and technologies which are set to profit from the transition.

With the Global Climate Strike taking place this week to demand an end to the use of fossil fuels, we take a look at the Aussie companies which have pledged to use 100% renewable energy. Atlassian, Commonwealth Bank and Westpac are among the list of local outfits which have signed […]

Investment in new renewable energy projects has plummeted as the Australian government goes missing on policy, according to the latest Clean Energy Council (CEC) analysis. From a peak at the end of 2018 of 4500 megawatts (MW) worth of projects, the last two quarters have seen funded new projects drop […]

BHP has a new ute in its Olympic Dam fleet, so let’s do what blokes do and gather round to check out the donk: Yep, the new 4×4 Land Cruiser is a bit different from the 240 vehicles it will join underground at Roxby Downs. It’s powered by a lithium […]

The cost of producing solar power is rapidly declining: it now costs $US50 to produce one megawatt-hour of solar power, according to a new analysis. Coal, on the other hand, costs $US102 per megawatt-hour to produce. This recent change could be a sign that the world is on the verge […] ‘Money talks’: A $1.2 trillion fund manager is about to pull investment from companies that won’t act on climate change

A UK firm managing assets of $US1.2 trillion will pull its investment from companies that fail to act on climate change. Helena Morrissey, head of personal investing at Legal and General, said they will be “naming and shaming” these companies next month. “There comes a time when talk is over, […] Achieving energy independence in the US is one... This portable turbine can harvest energy from... A Canadian company has designed a water turbine... There's one simple fact that may just change... What 4 million solar panels in China look like from space