Billionaire bond investor Jeff Gundlach is not just known for his legendary bond investments. The bond king, and founder of DoubleLine Capital, is equally renowned for his blunt views on markets, the Treasury Department, and much more. Markets Insider has rounded up 14 of Gundlach’s most insightful, interesting quotes, which […] 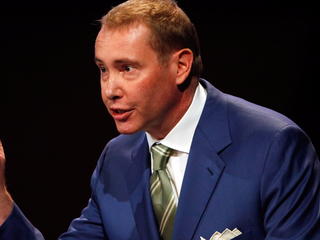 Economists think coronavirus could push unemployment above Great Depression levels. Here’s why the pain won’t be as prolonged this time.

Bleak unemployment data and forward-looking projections suggest the US economy is doomed for a prolonged recession. S ome f orecasts for unemployment have exceeded what was seen during the peak of the Great Depression. But some experts still see a path to a V-shaped rebound. Demand can still bounce back […] 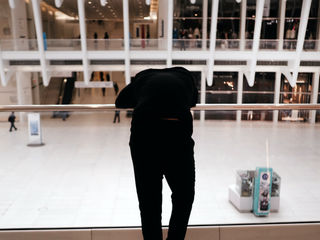 For the first time in US history, a decade will pass without the country falling into a recession

In every decade since the period immediately before the Civil War, the US economy could be relied on to do one thing: tumble into recession. But the American economy is on pace to defy that trend for the first time in nearly 170 years as it enters the 2020s. The […] Why the shape of Australia’s yield curve is a pretty lousy predictor of recessions, in one chart

The relationship between US consumer confidence and recessions, in one chart

Real recession is becoming a distant memory in Australia — and that could spell trouble, even in the good times

Here’s something to try at work today. A thought experiment. Look around at the people you work with. Consider the experience of the people across the company and think about how many of those people have, in their working lives, ever managed a business during a recession. For many Australian […]

PODCAST: This CEO who lures business to Ireland says the idea only low taxes draw business investment is ‘a fallacy’

Company taxation levels have become a major battlefront in the global war for business investment. Donald Trump wants to slash the US corporate tax rate from its current rate of 35% to 15%, arguing it would bring the country “to a level where China and other countries are”. “And we […]