The RBA is slowly changing its tune on low interest rates and beginning to pump the brakes on stimulus. Here’s what you need to know.

The Reserve Bank of Australia has left interest rates on hold at 0.10% during its monthly meeting. The central bank did however reveal that it was making a major adjustment to its stimulus package, committing to purchasing “at least” $4 billion in bonds a week after September. It gives the […]

The RBA believes there’s no housing bubble just yet, but says it will intervene if Australians go crazy on debt

The Reserve Bank of Australia (RBA) Board remains unconcerned with an Australian housing bubble for now, Governor Philip Lowe told a parliamentary committee on Friday. While prices have rebounded strongly in recent months, Lowe said the central bank didn’t think growth was unsustainable just yet, but was keeping a close […]

Scott Minerd said on Friday that the current calm in the stock market is not the end of the storm but the eye, and political and economic turmoil will lead to a large move lower. Guggenheim’s global investment chief said the lack of a fiscal stimulus before Election Day increases […] 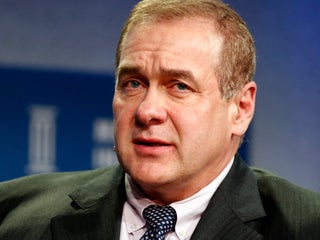 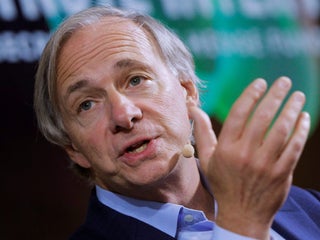 The US economy needs more stimulus to slash the risk of a ‘double dip’ recession, former Fed official says

US officials may need to ramp up fiscal stimulus to avoid a “double-dip” recession, former Atlanta Fed president Dennis Lockhart told CNBC’s “Squawk Box Asia” on Friday. If authorities fail to control the virus and that results in further economic pain, a second downturn could be on the cards, Lockhart […] 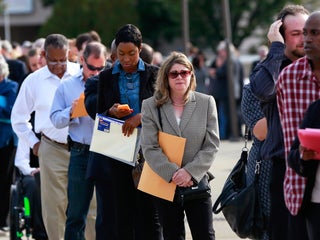 Australia will suffer ‘significant job losses’, the RBA admits, as it implements measures to fight the economic impact of the coronavirus

The Reserve Bank of Australia (RBA) has addressed the country after announcing an emergency stimulus package. Governor Phillip Lowe said Australia would suffer “significant job losses’ due to the coronavirus crisis. The measures the RBA has now implemented, which include another rate cut to 0.25%, come as the government tries […]

Interest rates in Australia have been slashed one final time to 0.25%, a historic rock bottom for ‘unprecedented times’

The RBA has announced an emergency stimulus package on Thursday, cutting the official interest rate out of cycle to 0.25%. It’s the second cut in just three weeks as the RBA seeks to contain the coronavirus fallout to the economy. It came as one part of a four part package, […]

Interest rates in Australia could be cut to their limit this week, as the RBA tries to control the impact of the coronavirus

Interest rates could sink to 0.25% on Thursday, as the Reserve Bank of Australia (RBA) desperately cuts. It comes after the US cut interest rates by 1% overnight and expanded its QE program by $1.13 trillion. The RBA now looks destined to follow suit on both fronts, according to economists. […]

Healthcare workers are getting the biggest payrises in the country by sector, earning more than 3% more on average, according to the latest Australian Bureau of Statistics (ABS) data. It was followed by the utility, transport, postal, warehousing, professional services and arts sectors. The public sector again outpaced private wage […]

Speculation is rife Australia is about to start printing money, as RBA governor Philip Lowe prepares to speak on quantitative easing

The suggestion that quantitative easing (QE) could be introduced to Australia for the first time has reemerged after the RBA confirmed governor Philip Lowe will speak on the topic later this month. It further reinforces the belief of some economists, like economic consultancy firm Capital Economics, that QE will be […]

A massive housing bubble could form if Australia pulls the trigger on negative interest rates and quantitative easing, analysts warn

RBA governor Philip Lowe may have largely endorsed the use of negative interest rates and quantitative easing (QE), but some analysts warn they could have seriously negative effects in Australia. QE could help artificially pump up house prices, creating a housing bubble as more money flows into the market, according […]

Australia could face unprecedented measures like negative interest rates and quantitative easing (QE) in a desperate attempt to kickstart the economy, after the Reserve Bank governor Philip Lowe endorsed both in a new report on Tuesday. Prepared for an international committee Lowe chairs, he acknowledged the net positives of the […]

The RBA looks to take Australia into uncharted territory with a 0% interest rate. This is what it would mean.

The Reserve Bank of Australia (RBA) cut the official cash rate on Tuesday to 0.75%, and gave its strongest indication now that it might go to 0%. In a statement, RBA governor Philip Lowe said full employment was the central bank’s main economic objective, indicating that it would do what […]

NAB has brought forward the timing of when it expects the RBA to cut official interest rates. It now sees 25 basis point cuts being delivered in June and August, not July and November as previously forecast. Beyond the cuts the NAB is already forecasting, it says the RBA may […]

Anyone who has been following Chinese financial markets in recent years would know about the so-called “National Team”. It’s the nickname given to a group of government-linked institutions that are tasked with intervening whenever markets moves are deemed as being undesirable for Beijing. Nomura says China’s central bank may be […]

After falling to near-unprecedented levels last year, volatility in financial markets has increased in 2018. Analysis from Topdown Charts reveals volatility, compared to historic norms, still remains well below average. It says that if quantitative easing (QE) was a force for volatility suppression it’s “pure logic that quantitative tightening (QT) […]

The US yield curve is flattening, driven by ongoing rate hikes from the US Federal Reserve. The current spread between US 2 and 10-year bond yields is around 40 basis points, and could turn negative in the not-too-distant future. When this has occurred in the past, it’s almost always signalled […]

For years, major central banks such as the US Federal Reserve, Bank of Japan, European Central Bank and the Bank of England, among others, have been undertaking quantitative easing, or QE. Be it bonds, corporate credit or stocks, they’ve been purchasing a lot assets, flooding the global economy with an […] The Federal Reserve is about to make a...