President Donald Trump has tried to link violence and destruction at this year’s protests to left-wing militants, using that premise as part of a pledge to keep suburbia safe. An AP investigation has found that many of those arrested for bad behaviour at protests are from the same suburban communities […] 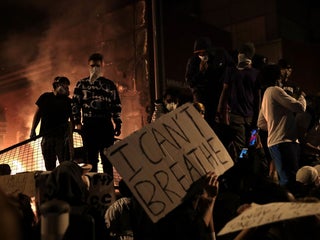 Navy veteran Chris David, 53, said he was beaten and pepper-sprayed after he attended a protest for the first time in Portland, Oregon, on Saturday night. Federal officers have been seen in Portland without clear identification badges have been using force to arrest protesters and put them in unmarked vehicles. […] 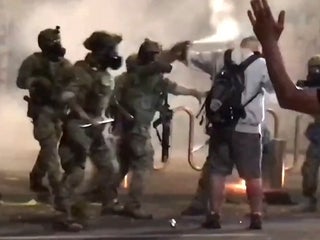 He trained the San Jose police about racial bias. An officer shot him with a rubber bullet during a protest.

A man who trained police trainees on racial bias was hit by at least one rubber bullet fired by a police officer during protests in San Jose, California, last week, according to multiple news outlets. A rubber bullet reportedly struck Derrick Sanderlin in the groin, requiring emergency surgery. He was […] 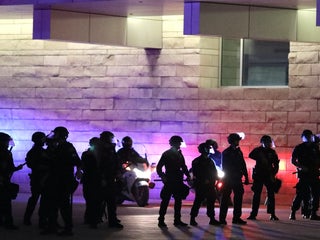 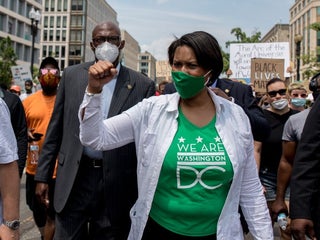 Doctors and nurses are on the front lines of protests despite the coronavirus: ‘Racism has been killing our patients since the hospital was built’

Protests against police brutality over the last few days may lead to a surge in coronavirus cases, some healthcare workers and city leaders worry. But many of the same doctors and nurses who’ve fought the viral epidemic are joining the protests, saying it aligns with their work. They stay as […] 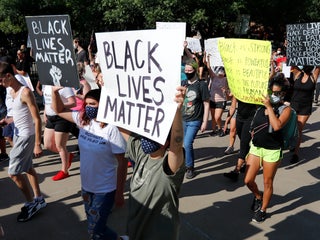 Protests over George Floyd’s death continued into their tenth night on Thursday, following a memorial ceremony in his honour in Minneapolis. Major protests took place in Los Angeles, Washington, DC, and Atlanta. Observers noted they were largely peaceful and quieter than previous days. Several clashes between police and protesters took […] 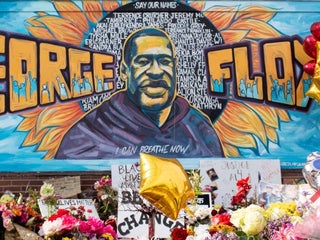 More than 10,000 people have been arrested in anti-police-brutality protests across the US since George Floyd’s death

More than 10,000 people have been arrested in the anti police-brutality protests taking place across the US, according to a tally from The Associated Press . Most arrests were for low-level offences like violating curfews, but hundreds were for more serious offences like looting, the AP reported. The protests began […] 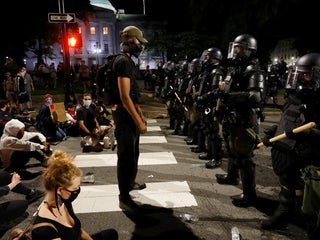 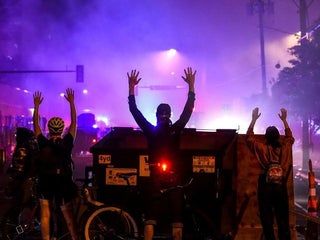 Minnesota Gov. Tim Walz said early Saturday that the state would activate its entire National Guard for the first time in history to respond to violent protests over the death of George Floyd. Walz’s announcement came after violent protests spread across US cities like Los Angeles, New York, and Atlanta. […] 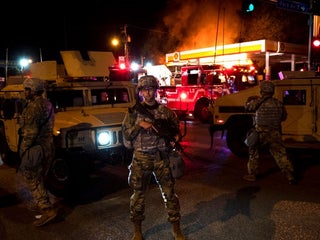