Trash was piled high in the streets of Myanmar's main city on Tuesday as demonstrators held a series of strikes attempting to paralyze the economy. 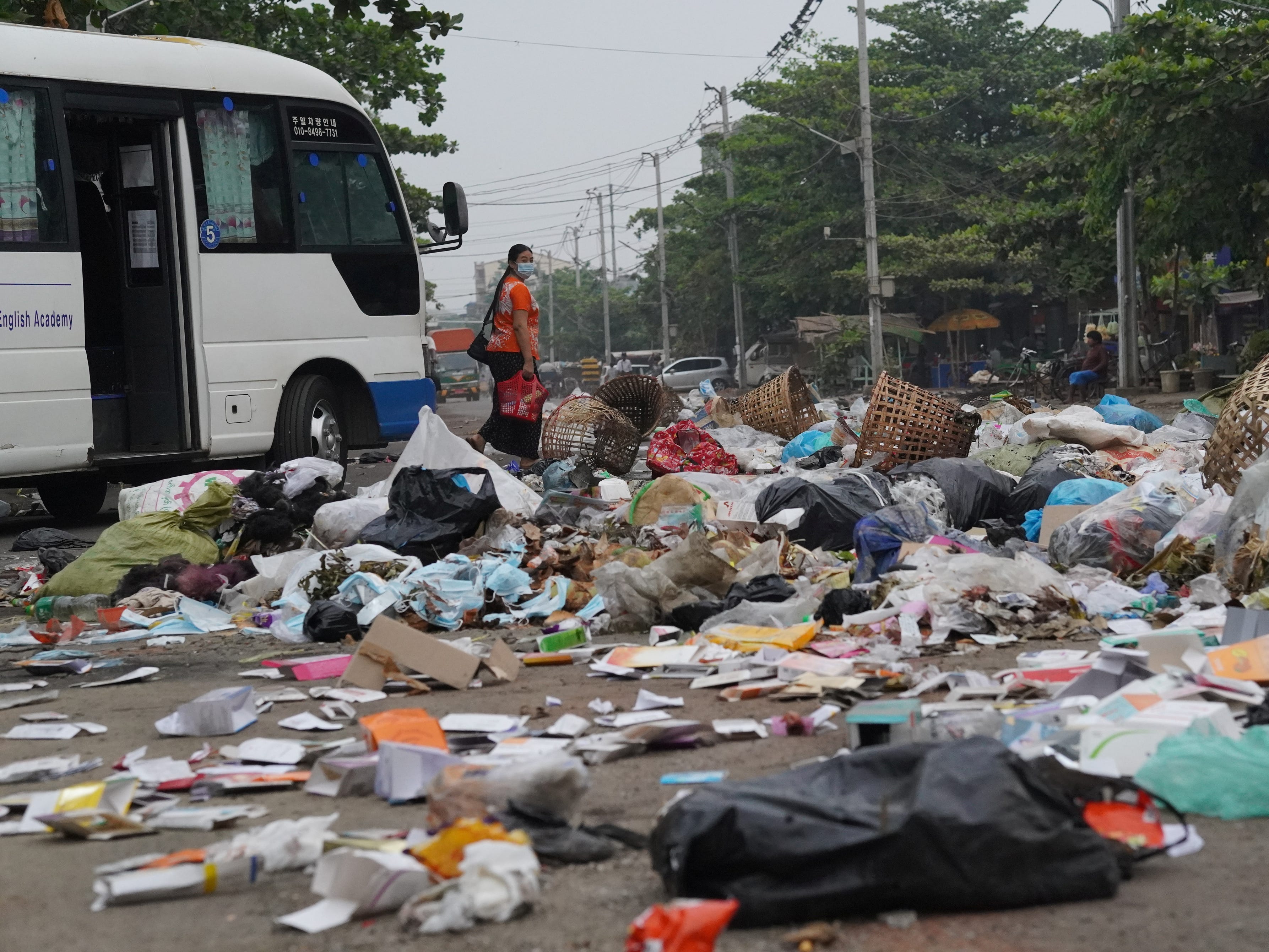 On Thursday, China passed a new national security measure for Hong Kong that effectively crushes the city’s autonomy. The legislation is meant to severely limit dissent, and could allow China to set up a police force within the city, ban activist groups, and put an end to the semiautonomous powers […] 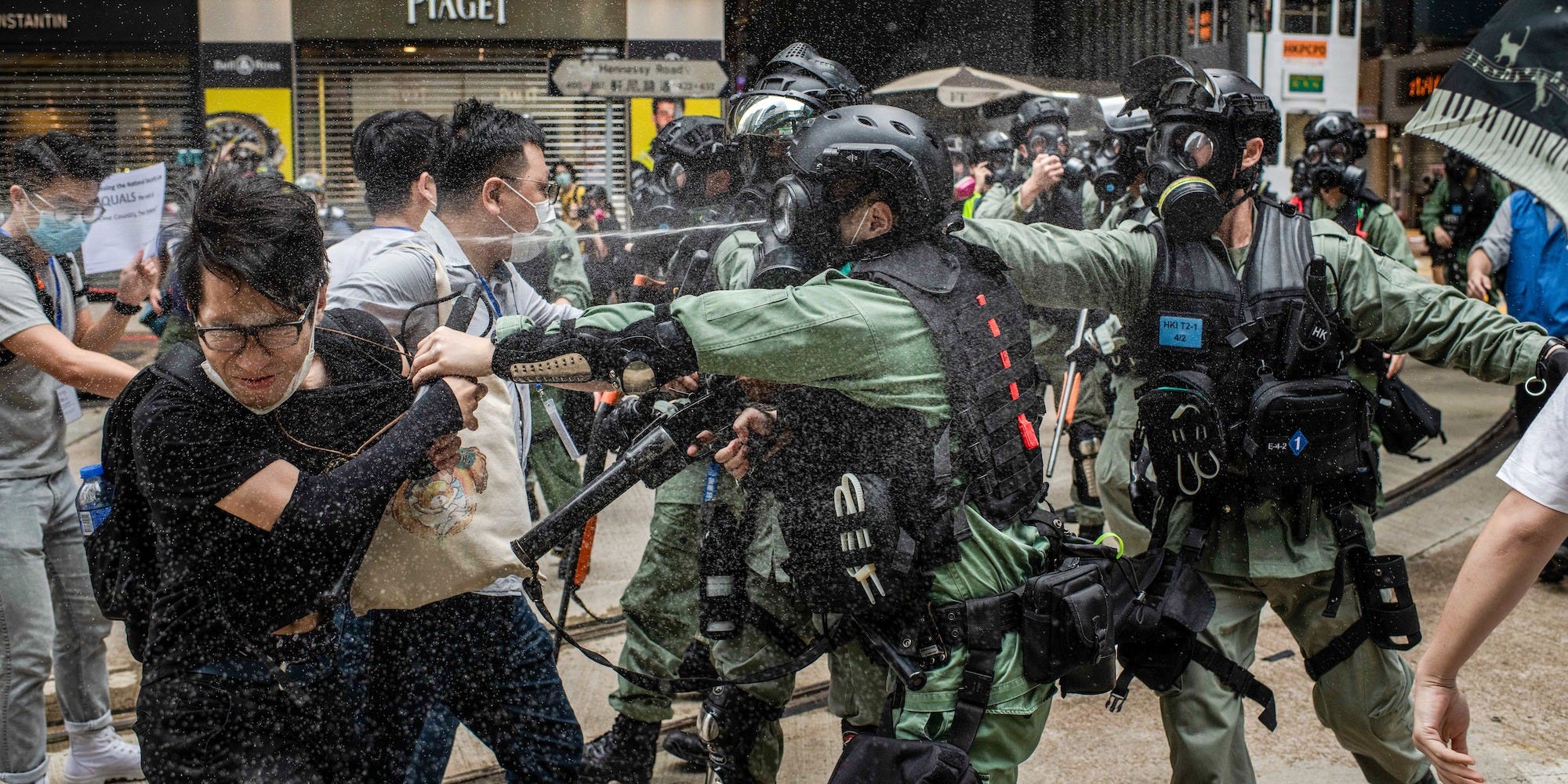 Pro-democracy candidates in Hong Kong made huge gains on Monday in district council elections, winning 344 of the 452 seats as of 2 p.m. local time, according to The South China Morning Post. A record 2.94 million people voted this election, equal to about 71 per cent of eligible voters […] Pro-democracy protesters filled the stands at a preseason game between the Toronto Raptors and the Brooklyn Nets in Brooklyn, New York, Friday night. They wore shirts and masks and held signs in support of Hong Kong. The protests in Hong Kong have been escalating for nearly five months. However, the […] One of Hong Kong’s leading pro-democracy activists is urging US lawmakers to stop exporting tear gas to the city’s police forces. Joshua Wong is testifying before Congress on Tuesday and told Business Insider he hopes to urge lawmakers to help prevent US-manufactured riot weapons from being used against Hong Kong’s […]

‘He’s a businessman’: One of Hong Kong’s most prominent activists is urging Trump to back the pro-democracy movement and prevent a ‘nightmare’ for the world economy

One of Hong Kong’s most prominent pro-democracy activists says Trump is a “businessman” and should understand the consequences of a potential military crackdown on the East Asia global financial hub. Joshua Wong is set to meet with US lawmakers and testify before Congress on Tuesday about the pro-democracy movement in […] Hong Kong Chief Executive Carrie Lam announced Wednesday that she would withdraw a controversial extradition bill that would have sent Hongkongers accused of brutal crimes to mainland China for trial. Hongkongers have been protesting the bill since June, in huge demonstrations that have morphed into larger demands for democracy. Protesters […]