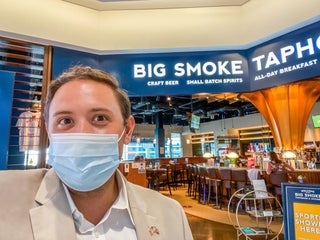 Orlando Airport has two of the same lounges. I used my credit card perk to access both and found one was way better.

Orlando International Airport is home to two shared-use lounges that are open to Priority Pass members. Both operated by the same company, The Club, the two lounges are on opposite sides of the airport separated by Orlando’s massive central terminal building. Despite featuring many of the same amenities, there was […] 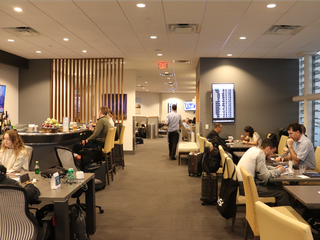 I just used my credit card perk that gets me into certain airport lounges for free for the first time, and discovered a huge drawback

Access to airport lounges has been expanded in recent years thanks partly to membership-based programs such as Priority Pass. Having recently received a Priority Pass membership as a perk of my Chase Sapphire Reserve credit card, I tested out one of its member lounges on a recent trip to Orlando. […] 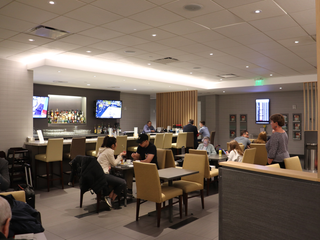 Some luxury credit cards like the Platinum Card® from American Express and the Chase Sapphire Reserve include access to airport lounges with free drinks, fast internet, and clean bathrooms, among other perks. American Express is known for its wide range of lounges, but other brands also give you lounge access […] The Priority Pass program gets you access to more than 1,200 airport lounges, and you can get a free membership with the right credit card

Priority Pass is a network of airport lounges, with more than 1,200 locations around the world. It also includes some airport restaurants, where you can get up to $US30 in free food and drink. You can purchase a Priority Pass membership directly, but you also get it for free with […] I pay $450 a year for my Chase Sapphire Reserve card, and it gives me a perk so valuable I won’t travel without it

Priority Pass Select is a benefit that comes included with select premium credit cards like the Chase Sapphire Reserve. With a Priority Pass membership, you can access more than 1,200 lounges and restaurants at airports around the world at no charge. Priority Pass lounges are not limited to travel on […] I went to my first Priority Pass lounge in the US after visiting dozens abroad, and international ones are light-years better due to the food

As I’ve travelled over the last year, I’ve made extensive use of airport lounges through my credit card, which offers a free Priority Pass membership as a perk. Priority Pass has access to over 1,200 lounges all over the world. While I loved my experience with Priority Pass abroad, many […] 12 reasons to get a Priority Pass before your next flight

How to get a free Priority Pass membership — which includes access to over 1,200 airport lounges around the world

The Insider Picks team writes about stuff we think you’ll like. Business Insider may receive a commission from The Points Guy Affiliate Network. Airport lounges are comfortable, exclusive places within airport terminals where you can relax and enjoy complimentary drinks and snacks, plenty of seating, fast Wi-Fi, and more, all […]

Priority Pass is a program that allows members to access a worldwide network of independently operated airport lounges. But some on Twitter have complained that the service is unreliable. People have described getting blocked from lounges because of occupancy issues and arbitrary access times. Priority Pass certainly doesn’t seem to […]