How to print directly from Google Docs on any device

You can print from Google Docs in any web browser on your computer or from the mobile app on iOS and Android devices. 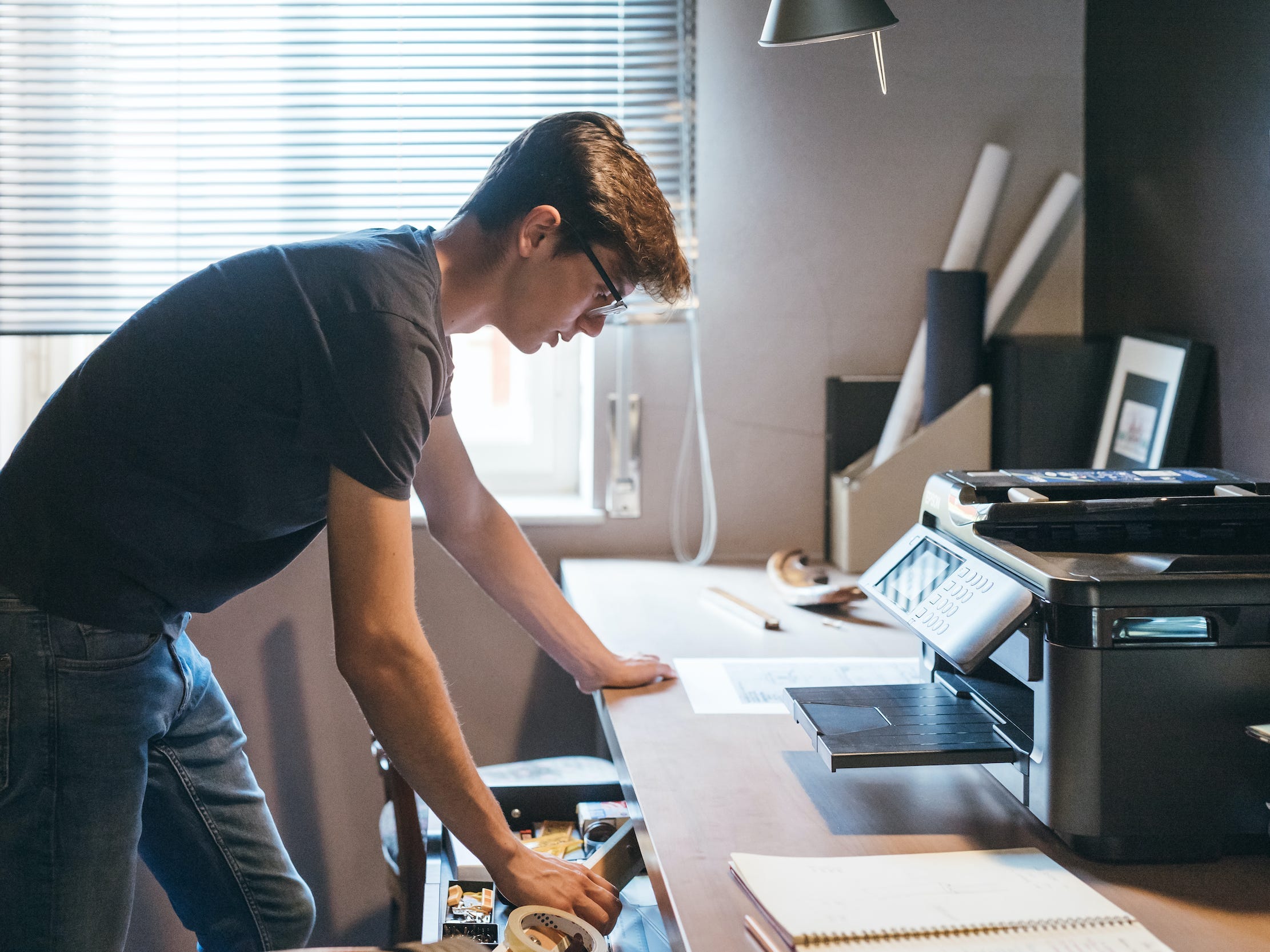 You can print from an Android mobile device easily using the Google Cloud Print app. Google Cloud Print uses Wi-Fi and cloud technology to communicate with servers and printers so that you can quickly print on-the-go. Visit Business Insider’s Tech Reference library for more stories . If you want to […]

How to print directions from Google Maps in 5 simple steps

You can print directions from Google Maps using the website and a configured printer. After you use Google Maps to find the directions to your destination, click “Details” in the menu on the left side of the screen, and then click the printer icon to start the printing process. You […]
News Sep. 21, 2018, 12:29 AM

Newspapers revolutionised communication and the way people receive news. Some of the first newspapers emerged in the 1800s and have been so successful that they continue to reach millions of readers two decades later. Here are nine of the very first editions of famous American newspapers like New York Times […]
Tech May. 16, 2018, 7:05 AM

There’s an old saying in advertising that money follows eyeballs. But that’s not universally true. As this chart from Statista shows, advertisers spend the large majority of their dollars on ads targeted at television, mobile devices, and PC web browsers – the forms of media with which consumers are spending […]
Tech Jun. 27, 2017, 7:42 AM

The difference between how millennials and baby boomers consume news, in one chart

This place lets you make socks with your face on them

The Last, Best Hope For Those In The Newspaper Business Is Probably A Hallucination

If Newspapers And Magazines Think Life Is Tough Now, They Won’t Want To See What Happens Next…

AD OF THE DAY: There’s Now An Edible Print Ad

If you’ve ever wondered how orange-flavored paper would taste, there’s no need to wonder any longer. Fanta has come to the rescue.
Tech Feb. 7, 2013, 9:17 AM

[credit provider=”@newsweek” url=”https://twitter.com/Newsweek/status/282863173277720577/photo/1″] IAC just announced its fourth-quarter earnings.Among the New York-based Internet conglomerate’s holdings, which include Ask.com, Match.com, and About.com, are a controlling stake in Newsweek Daily Beast, a publishing company which operates a magazine and online news website.
Tech Nov. 2, 2012, 5:33 AM

BII MOBILE INSIGHTS: What Is The Future Of Mobile?

[credit provider=”Newsweek” url=”http://www.theblaze.com/stories/the-100-most-iconic-controversial-newsweek-covers-in-history/”] Newsweek announced Wednesday that it was ending its print edition and moving completely online. One of Britain’s flagship publications, The Guardian, is also “seriously considering,” according to reports, ending its print editions. And the Wall Street Journal seems to be losing money hand over fist.It might seem […]
Tech Sep. 14, 2012, 4:20 AM

Mobile Insights is the new daily newsletter from BI Intelligence that collects and delivers the top mobile strategy news. It is delivered first thing every morning exclusively to BI Intelligence subscribers. Sign up here for a free trial of BI Intelligence today.
Strategy Aug. 22, 2012, 9:46 AM

“Our goal, obviously, is to avoid getting boiled as the electronic revolution continues. I am not here dreaming of (or worrying about) a world in which computers have displaced the printed word, and us too. I could find no one at this conference who would predict the demise of the […]
News Jul. 14, 2012, 2:05 AM

[credit provider=”Standard Media Index”] Twitter tripled its share of social media ad dollars through May, to 12%, according to Standard Media Index, an adspend research company. Facebook declined to less than 50% share of social media dollars in the same timeframe.Total ad spending in May was down 3.6% compared to […]
Tech Jun. 14, 2012, 12:03 AM

As we’ve mentioned a number of times, Twitter has been gradually tip-toeing further and further into the media business for some time now. It has already become a real-time newswire for many, a source of breaking news and commentary on live events, and now — with the launch of curated […]
Markets Apr. 19, 2012, 5:25 AM

You’d think catalogue printers would’ve caught up to the digital age by now given that most print industries have made the leap from paper to screen.
News Feb. 17, 2012, 9:00 AM

[credit provider=”Ellis Hamburger”] We live in two worlds.In the afternoon, on our desktops or laptops, we read news like the new Pew study showing yet another way that newspapers are going to hell. This one was hardly news to anyone in the industry, but it put the issue plainly, if dryly:
Next Page »