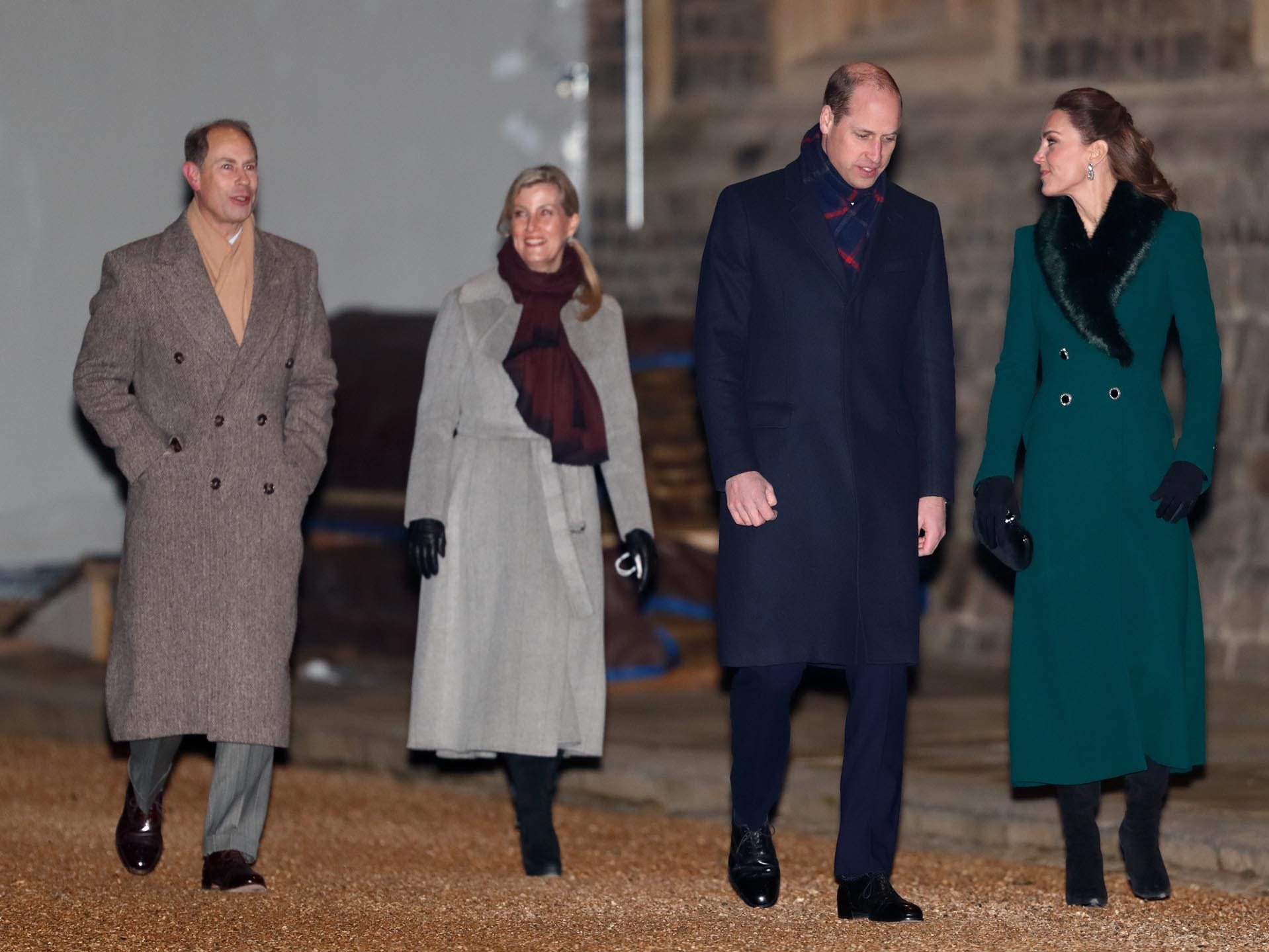 On Tuesday, members of the extended British royal family reunited in a rare public outing amid the pandemic. The Queen, Prince Charles, Prince William, and Kate Middleton were among the working royal family members who gathered at Windsor Castle to thank local workers, volunteers, and the Salvation Army for their […] 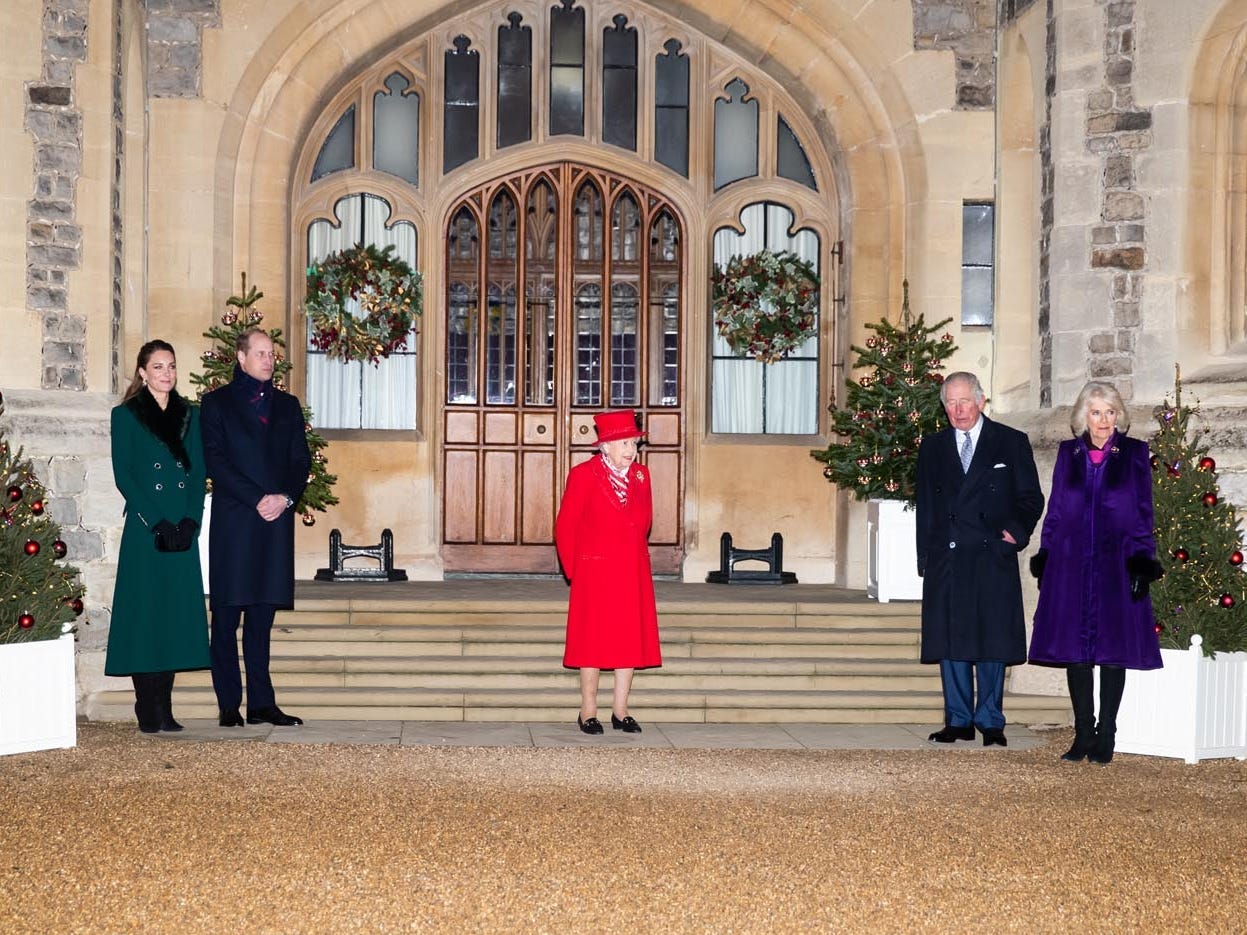 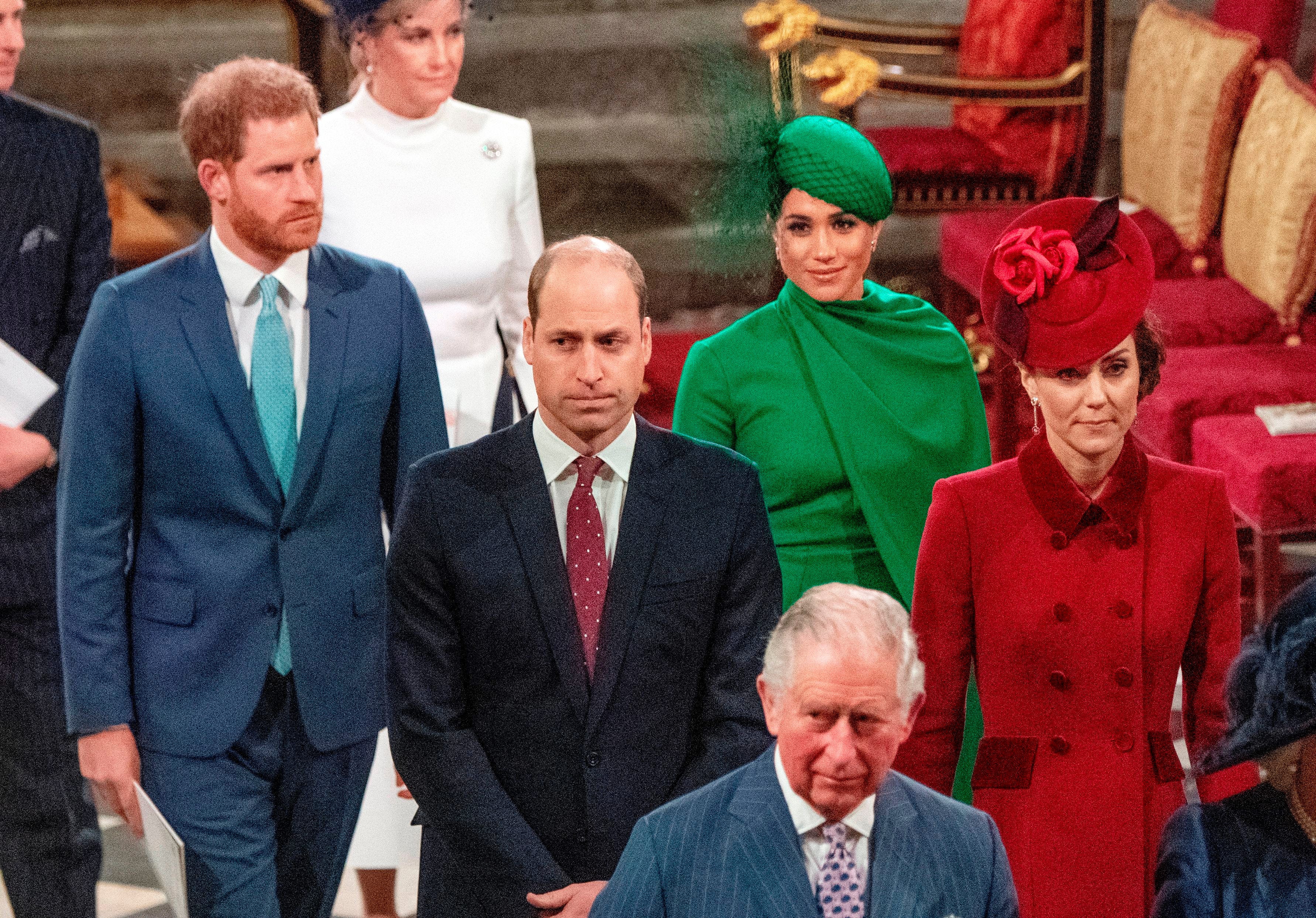 The royal family is required to follow an extensive list of rules and pieces of royal protocol. However, the Queen and her family members also enjoy a number of royal perks that allow them to break certain rules and laws. Not only is the royal family exempt from things like […] 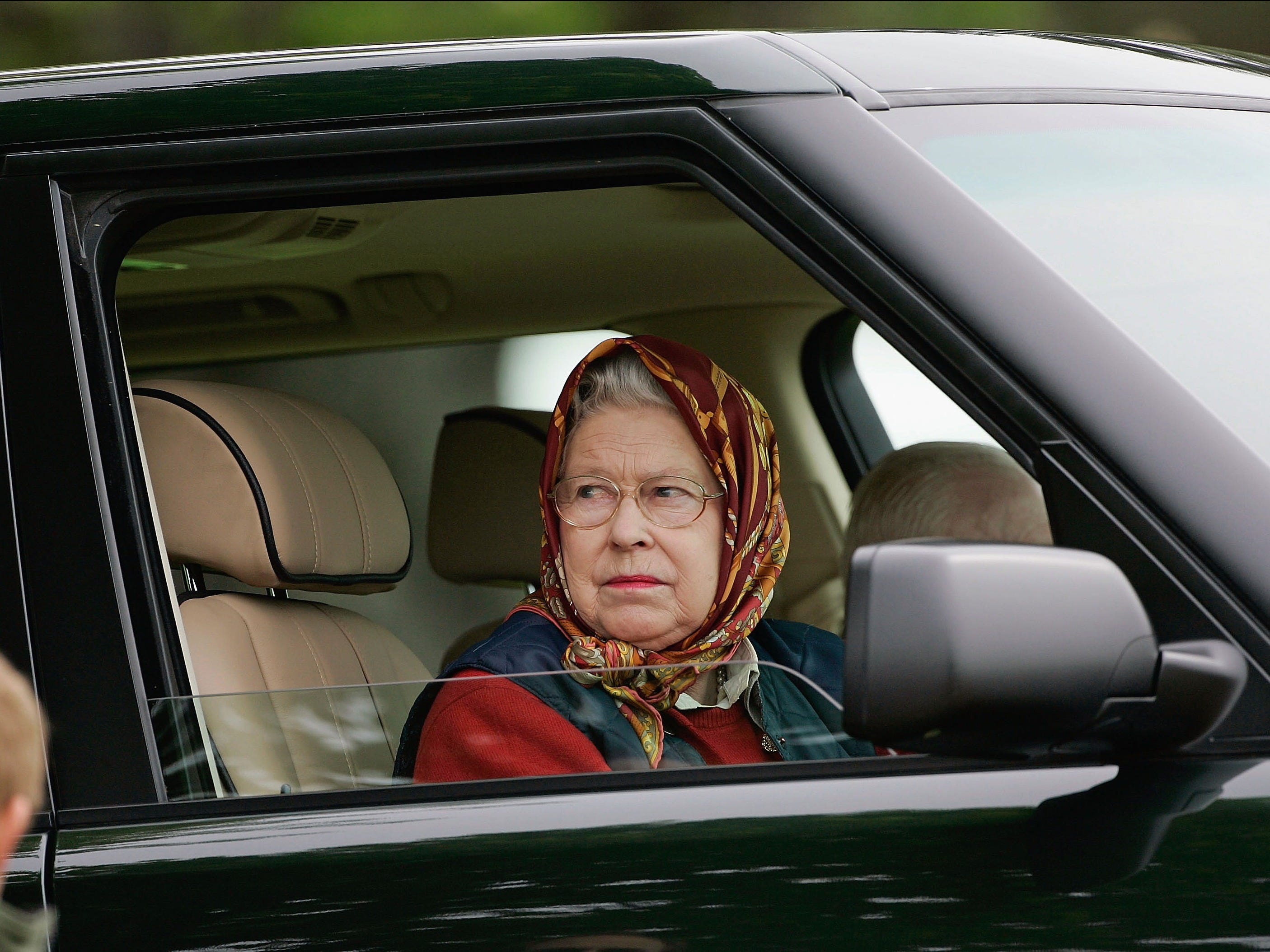 In honour of Prince William turning 38 on June 21, Insider looked back at some of the royal’s best photo moments through the years. From his time serving in the Royal Air Force to playing in royal polo matches, these photos of a young Prince William are sure to make […] 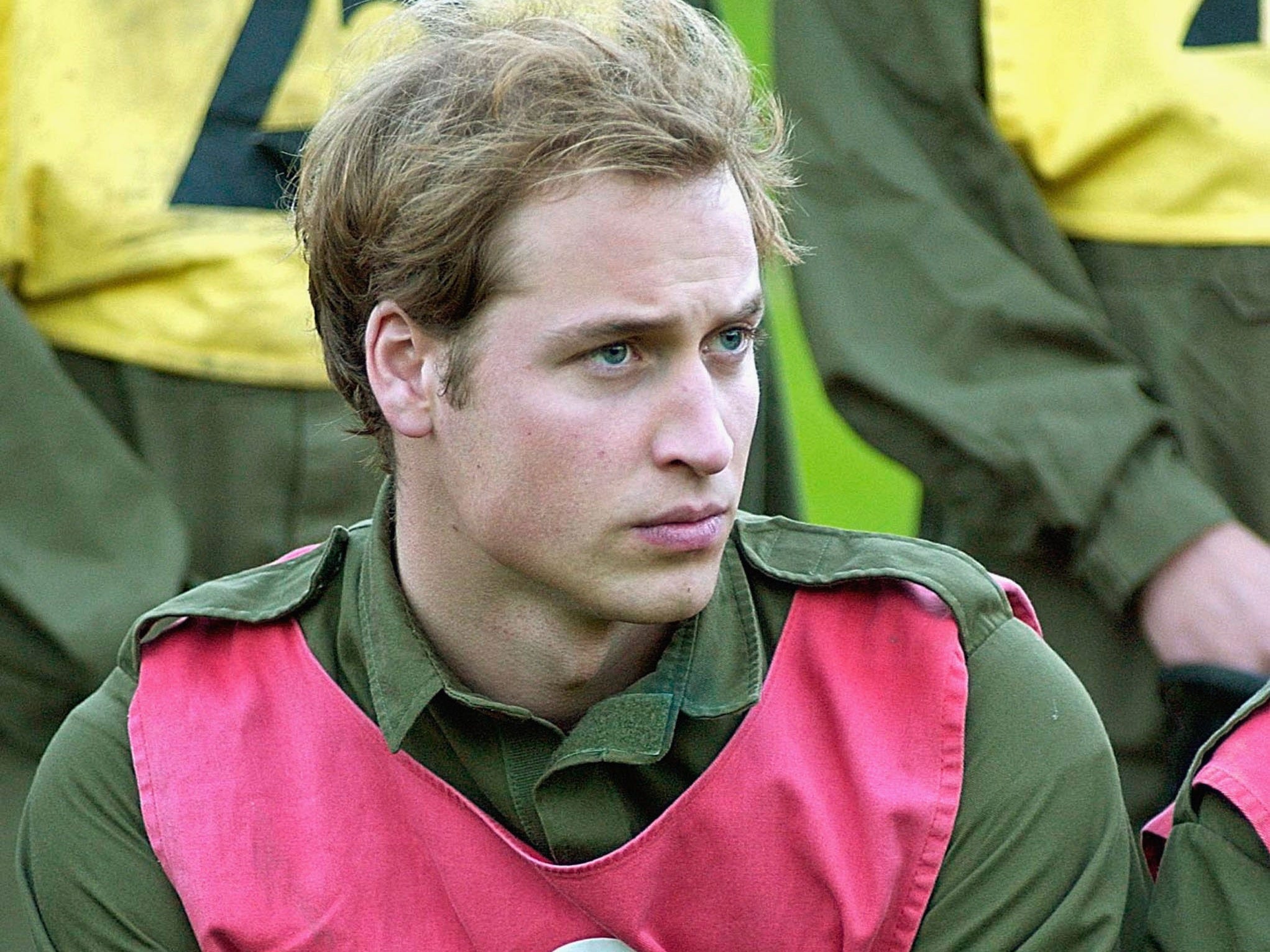 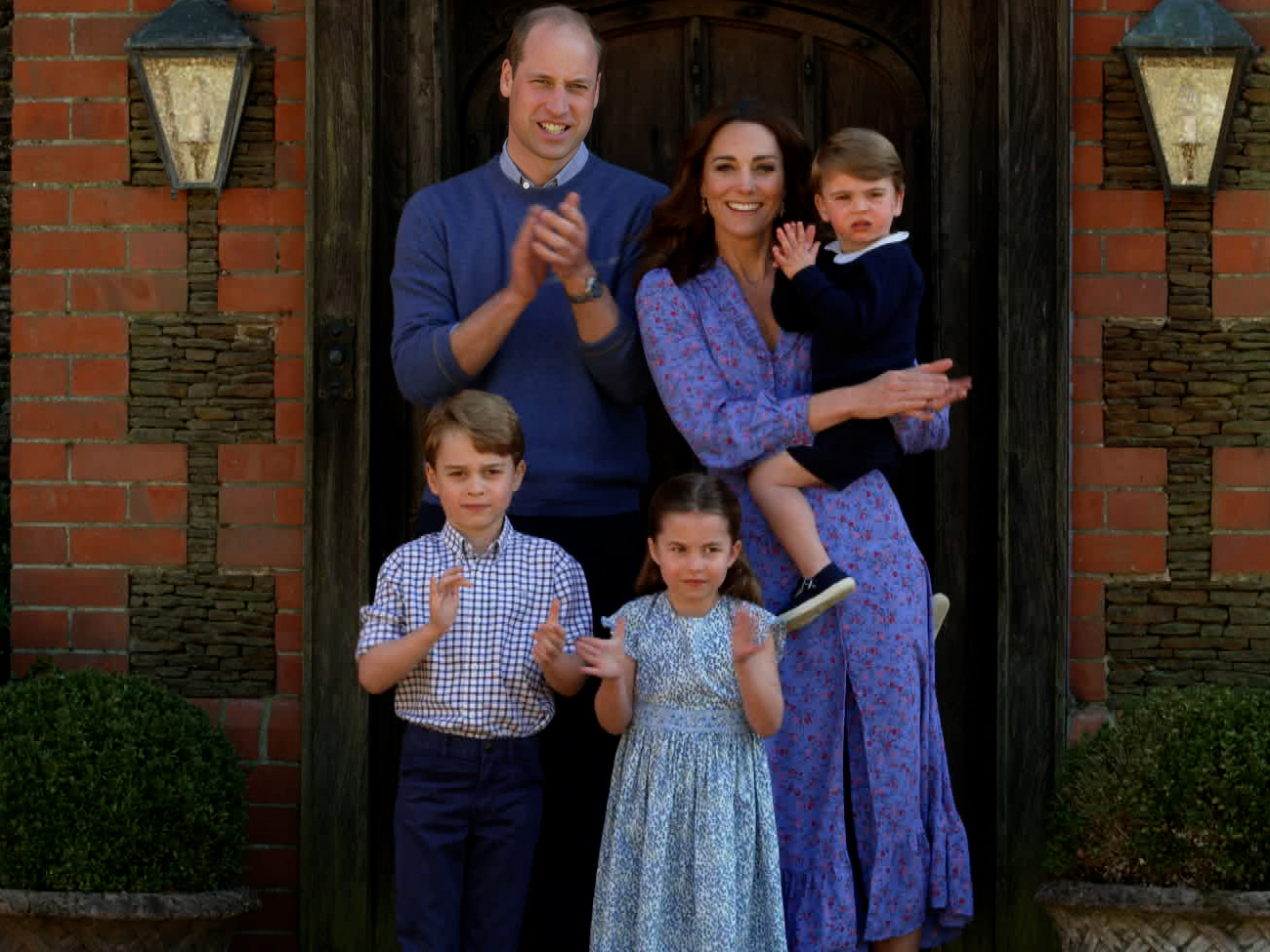 The surprising age differences between your favourite royal couples

Prince Charles was 12 years older than Princess Diana when they got married. Kate Middleton and Prince William are five months apart. Meghan Markle is three years older than Prince Harry. Visit Insider’s homepage for more stories. The average age difference in American heterosexual couples is 2.3 years, and the […] 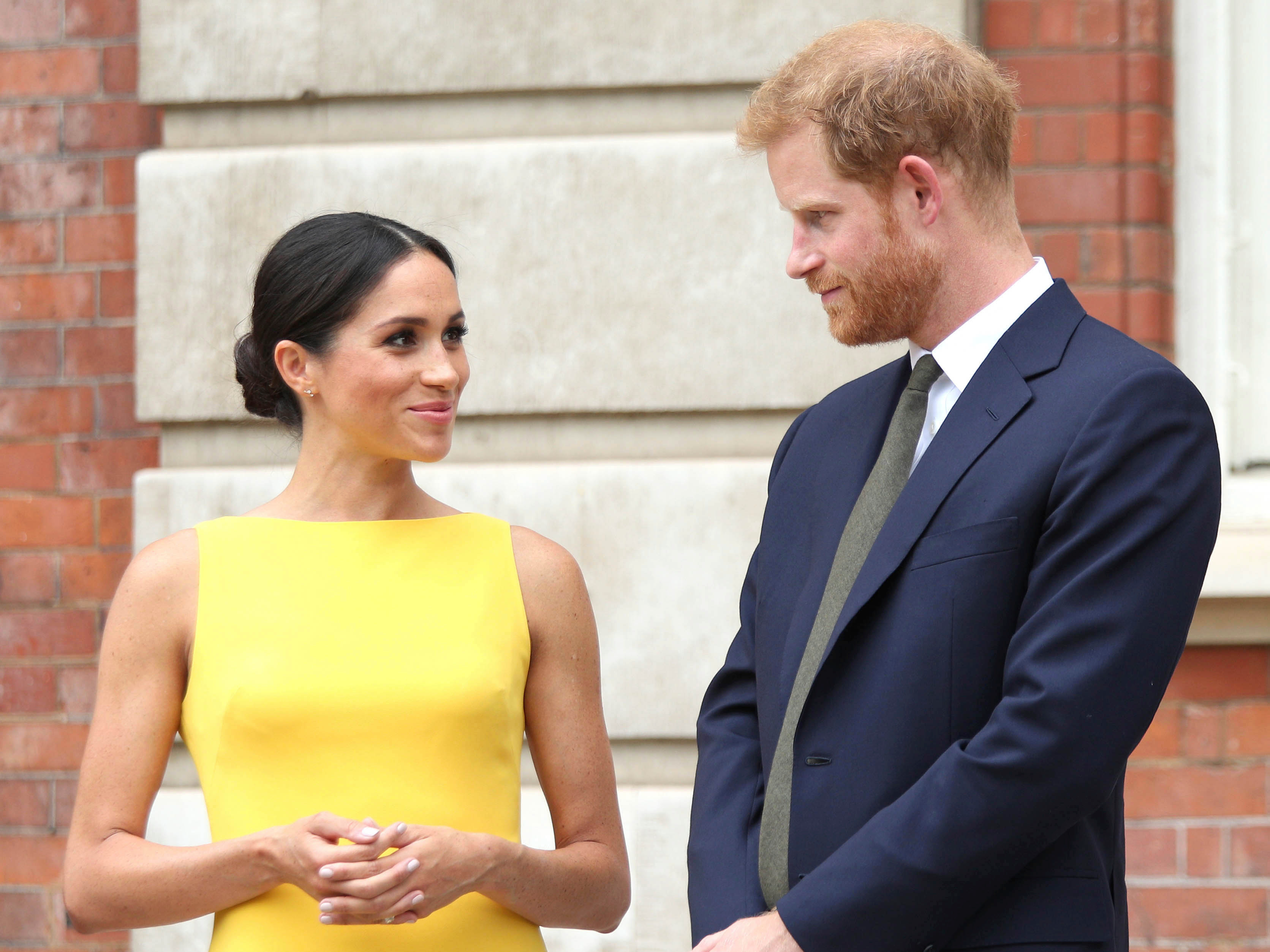 Here’s where members of the royal family are self-isolating, from London to Los Angeles

The best thing people can to do stop the spread of the novel coronavirus is to stay home according to the World Health Organisation, leading millions of people around the world to self-isolate. Members of monarchies are adhering to the recommendations as well, with members of the British royal family […] 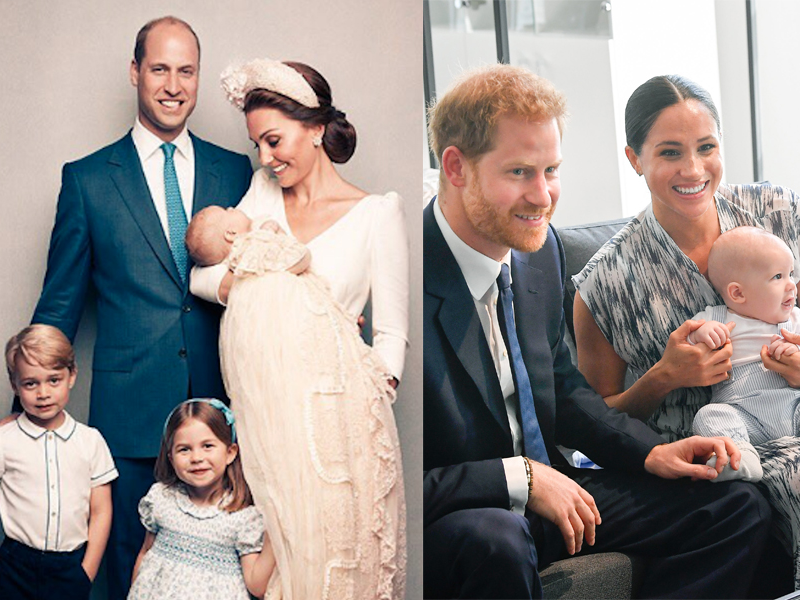 52 photos show how royal tours have evolved throughout history

One of the earliest photographs of a British royal tour is from 1900 when Queen Victoria visited Dublin, Ireland. In the early 1980s, “Diana fever” swept across the world as Prince Charles and Princess Diana visited Australia, Tokyo, New Zealand, and more. Recently, the Duke and Duchess of Cambridge made […] 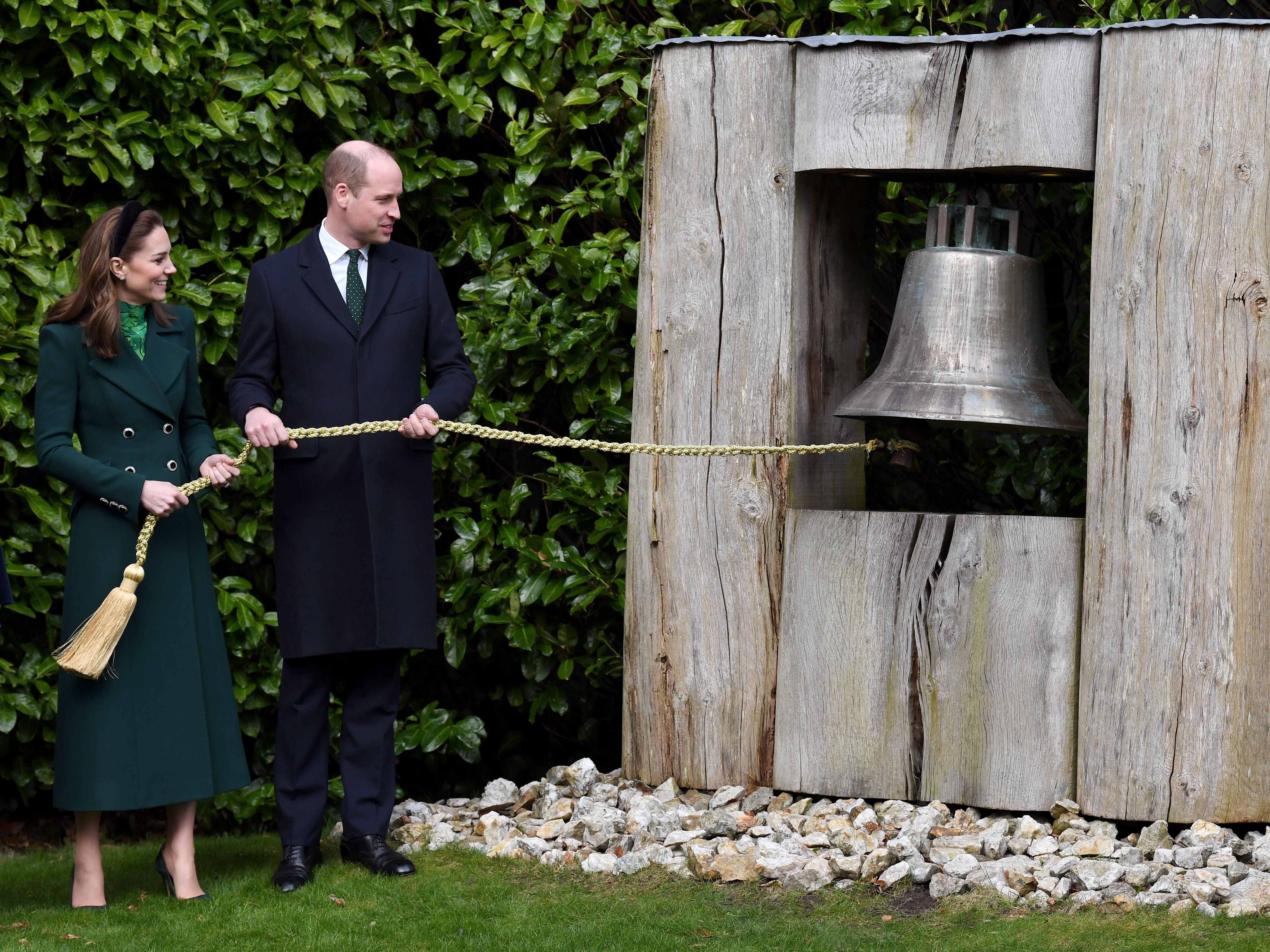 Prince William and Kate Middleton are visiting the Queen and Prince Philip at their Balmoral estate in late August. The couple will be there at the same time as Prince Harry and Meghan Markle. Will and Kate will stay at their own cottage, Tam-na-Ghar, in the grounds of the estate, […] Inside the real Mustique island, the glamorous private getaway Princess Margaret keeps returning to on ‘The Crown’

Mustique is a real, private Caribbean island on which the rich and famous have vacationed for decades. Princess Margaret established its royal renown when she built a home there in the ’60s. Other royals like Prince William and Kate Middleton and celebrities including Mick Jagger and David Bowie also frequented […] 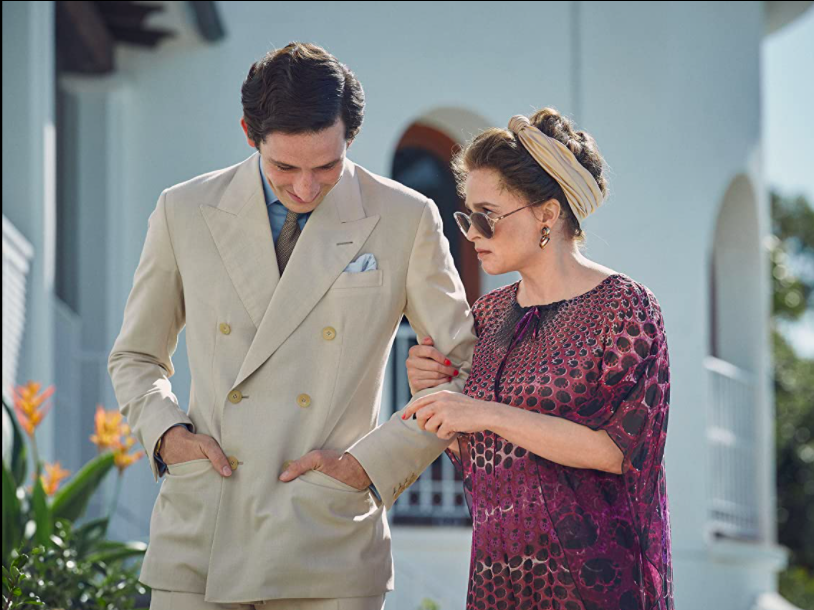 Kate Middleton recently made a sweet nod to her upcoming wedding anniversary with her Easter Sunday outfit. Middleton and Prince William celebrate their eighth wedding anniversary on April 29, 2019. INSIDER has rounded up their best style moments from over the years. Visit INSIDER’s homepage for more stories. The Duke […]

Kate Middleton and Prince William will celebrate their eighth wedding anniversary on April 29, 2019. The couple recently attended the Easter Sunday service at St George’s Chapel, and Middleton’s outfit certainly turned heads. Eagle-eyed fans noticed she wore her wedding earrings to the event as a sweet tribute to her […]

Prince William and Kate Middleton have come a long way since first meeting as fresh-faced students at the University of St Andrews in 2003. Now, 17 years – and three children – later, the couple have already seen many milestones together. William and Middleton will celebrate their ninth wedding anniversary […] 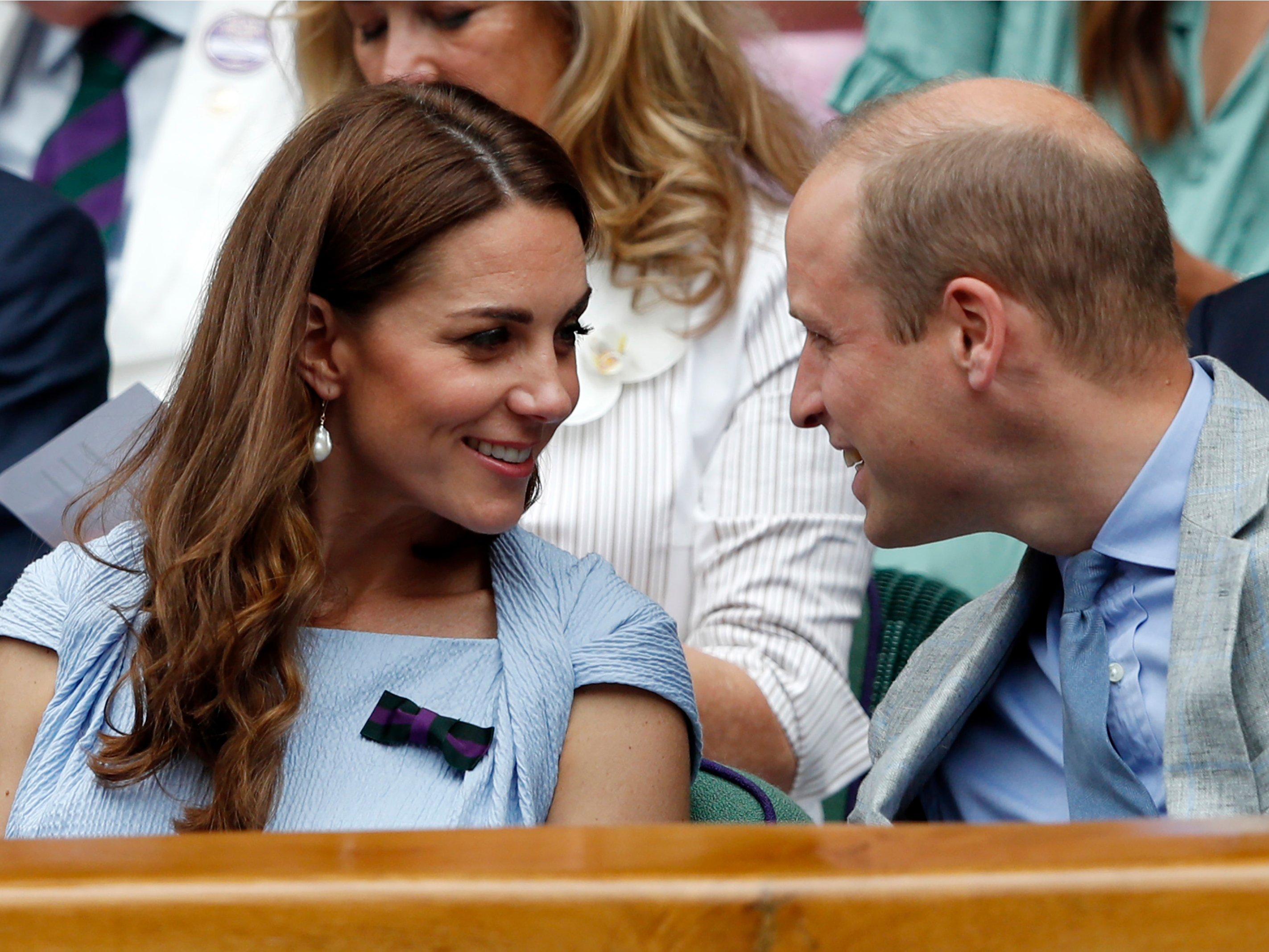 The 65 most candid photos of Prince Harry, Meghan Markle, Kate Middleton, and Prince William from 2019

Prince Harry, Meghan Markle, Kate Middleton, and Prince William have had a busy year. In 2019 we saw the arrival of the Duke and Duchess of Sussex’s first child, Archie Harrison, while Prince Harry publicly acknowledged a rift between him and Prince William. Whether the “Fab Four” were attending royal […] Prince Harry and Meghan Markle are expecting a baby in April. With a new royal baby comes a whole new set of rules and traditions that the couple are expected to follow. INSIDER spoke to royal etiquette expert Grant Harrold about the protocol the soon-to-be-parents will be expected to abide […]

Kate Middleton wore a $4,000 Alexander McQueen coat and drank Guinness on a St. Patrick’s Day visit to the Irish Guards

Kate Middleton paid tribute to St. Patrick’s Day with a $US4,000 Alexander McQueen coat and a gold shamrock brooch from the Royal Family’s private collection. The duchess attended Hounslow’s St. Patrick’s Day parade alongside Prince William on Sunday. The pair were spotted enjoying a pint of Guinness as they soaked […]

Prince Harry, Meghan Markle, Prince William, and Kate Middleton sent an emotional message to the victims of the ‘horrifying’ Christchurch attack, and signed it in Māori

The Duke and Duchess of Cambridge and the Duke and Duchess of Sussex have released a joint statement in response to the “evil” mass shooting in two New Zealand mosques on Friday. Prince Harry, Meghan Markle, Prince William, and Kate Middleton sent a message of support to those affected by […]

Prince Harry and Meghan Markle have been appointed their own royal household, Buckingham Palace has confirmed. The Duke and Duchess of Sussex’s new team of staff includes Sarah Latham, Hillary Clinton’s former Senior Campaign Advisor. They previously shared staff with the Duke and Duchess of Cambridge. The splitting of households […]

The Duke of Cambridge may be a royal, but that doesn’t stop him from taking a hands-on approach to parenting – even going as far to style Princess Charlotte’s hair. While meeting fans during his recent trip to Blackpool, Prince William reportedly joked with a fellow dad that doing his […] 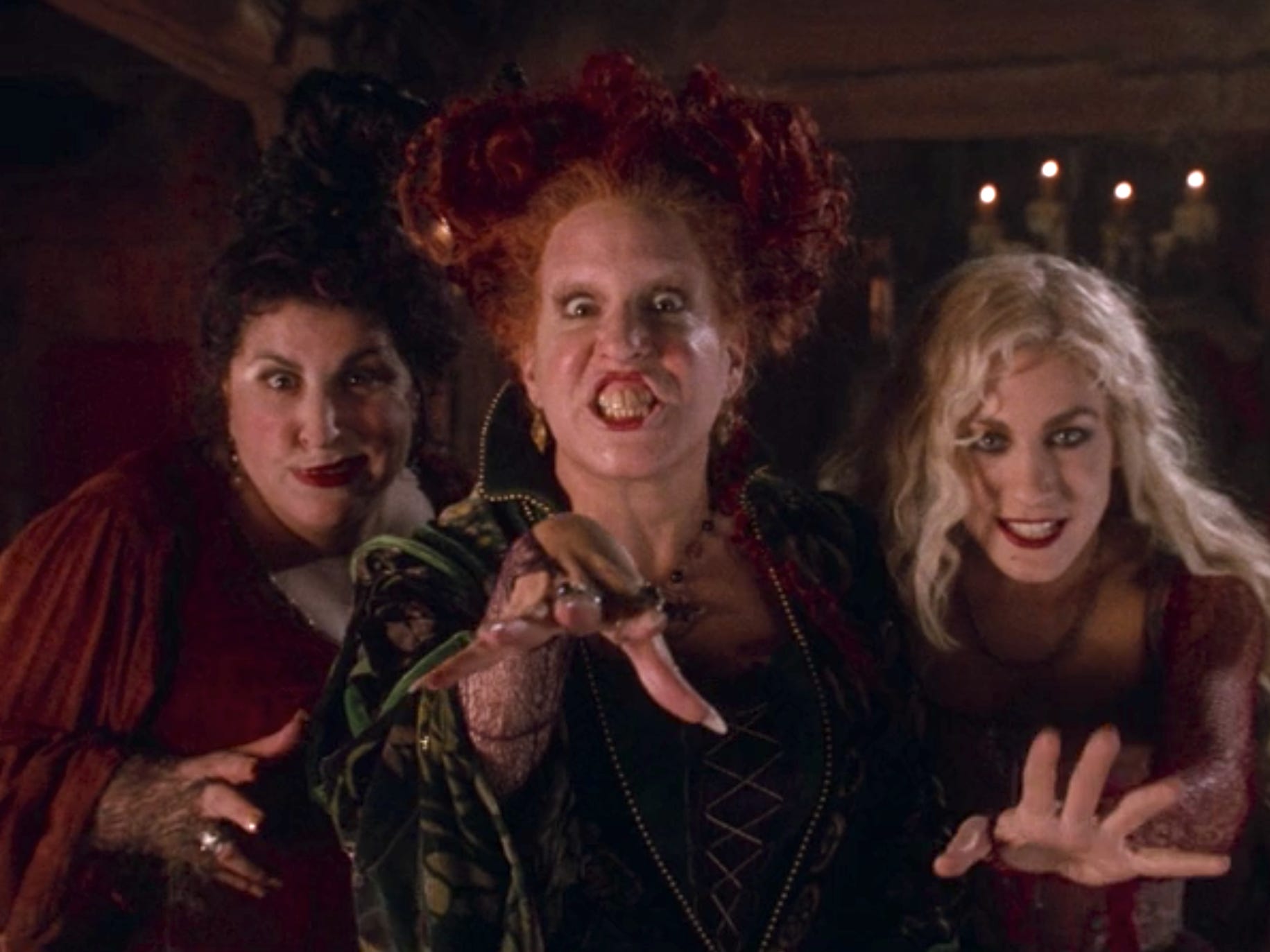 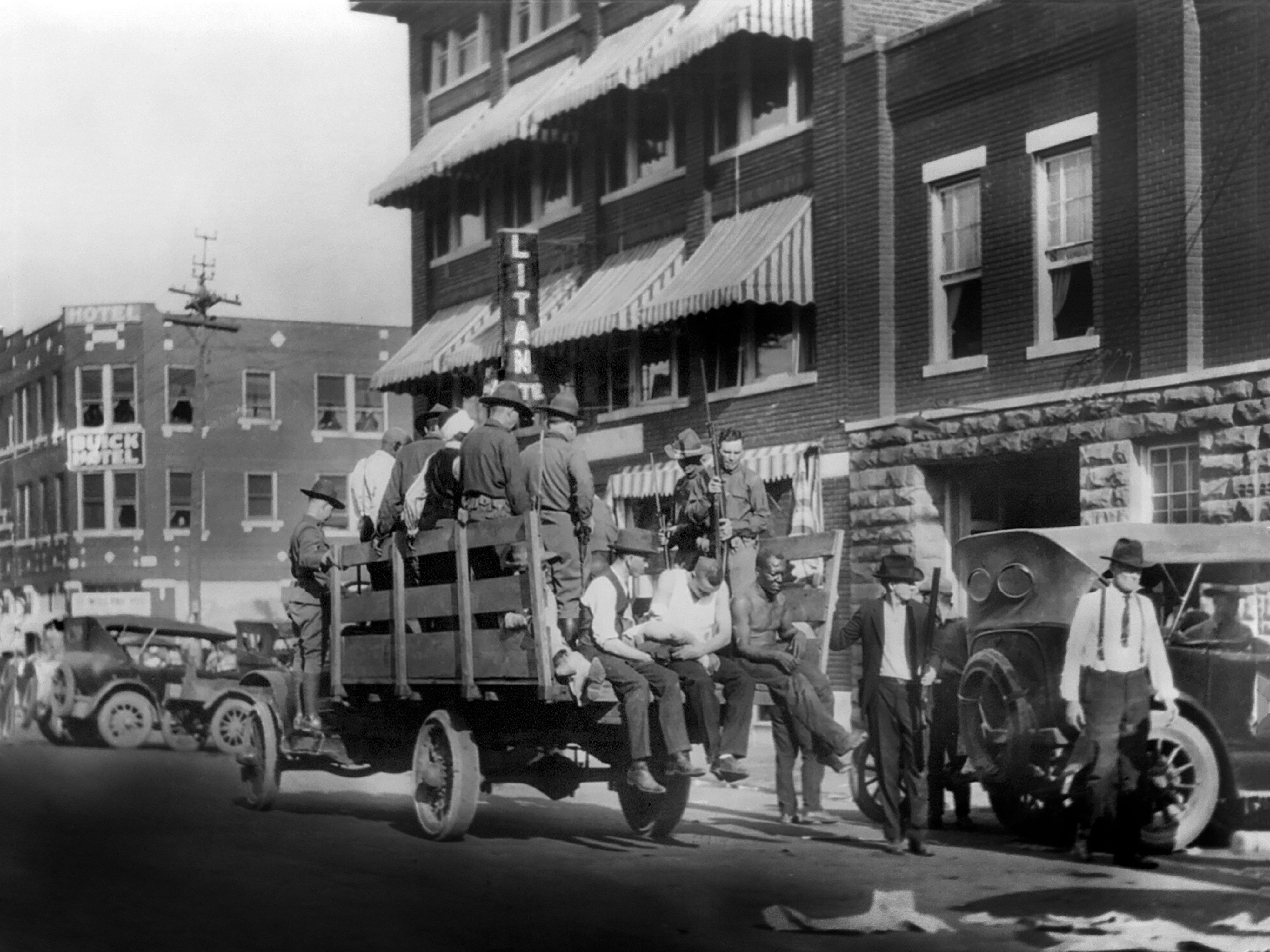