A red-hot boxing prospect says he’s living proof that Floyd Mayweather vs. Logan Paul exhibitions can create new boxing fans. Richardson Hitchins, a Mayweather protege, was introduced to the boxer not through boxing, but via the WWE. Hitchins didn’t know what boxing was when he was eight years old, but […] 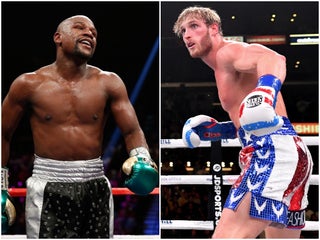 Errol Spence Jr. writes the boxing comeback tale of the year as he wins gloriously a year after wrecking his Ferrari at high-speed

Errol Spence Jr. just wrote boxing’s comeback tale of 2020. The American boxer was ejected through the windshield of his $US300,000 Ferrari in October, last year, before the vehicle flipped multiple times in shocking scenes caught on CCTV. Spence was taken to hospital but escaped without any broken bones – […] 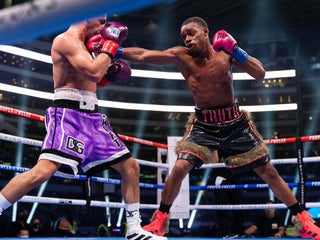 Sebastian Fundora was supposed to fight Jorge Cota on Saturday, but the latter tested positive for the coronavirus and so had to withdraw from the weekend’s big boxing show. Cota has been replaced by Habib Ahmed but the new opponent won’t likely faze Fundora. This is because Fundora told Insider […] 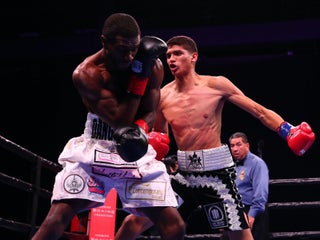 Josesito Lopez is rarely in a dull fight. The 36-year-old veteran returns to the ring Saturday and hopes to pull off a strong performance against Francisco Santana so he can fight the winner, or loser, in the Errol Spence Jr. vs. Danny Garcia main event. Lopez has made many changes […] 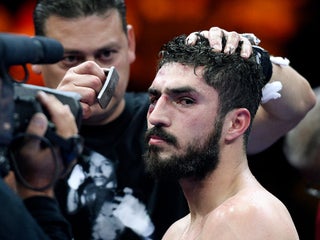 Shawn Porter fancies a fight with Terence Crawford but says he has other welterweight world title options, too

Shawn Porter remains keen on a WBO welterweight world title fight against the current champion Terence Crawford. Porter has won his only pandemic-era bout to date and is providing Fox Sports with pay-per-view commentary on Saturday’s event in Texas, which Errol Spence Jr. and Danny Garcia headline. Porter told Insider […] 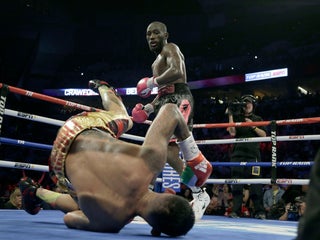 Alexander Flores suffered a 46-second loss to the former heavyweight title challenger Luis Ortiz on Saturday. Flores threw only one punch, which did not land, in the fight and was hit in return with three of Ortiz’s 10 punches, according to Compubox data. The final blow was a glancing strike […] 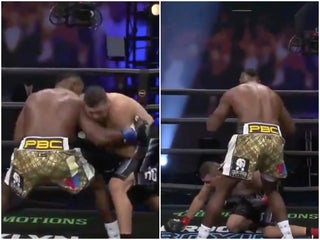 Who are the world’s best male boxers? In boxing, pound-for-pound lists are made to provide clarity on who the best fighters are using criteria consisting of quality of victories, achievements, and ability, regardless of weight class. In pound-for-pound lists, a flyweight can rank higher than a heavyweight even though the […] 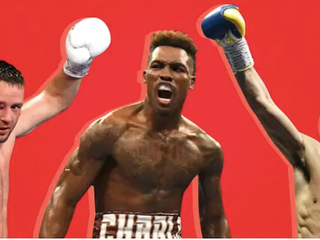 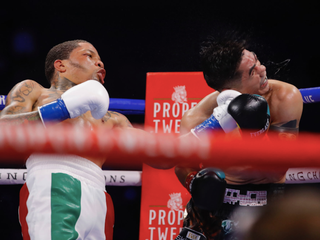 Mario Barrios said he’s happy to defy safety-first instruction from his trainers to stand and trade punches with his opponents because he wants to give fans as much entertainment as possible. After winning the regular version of the WBA super lightweight title, the 25-year-old American fights Saturday for the first […] 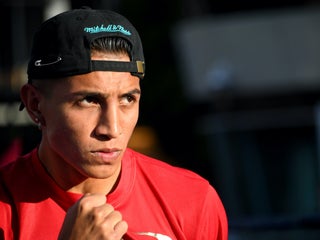 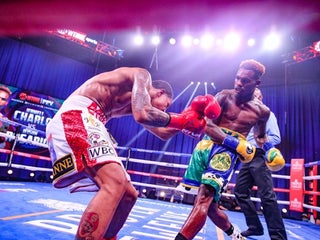 Jermall Charlo out-pointed Sergiy Derevyanchenko on Saturday, retaining his WBC middleweight championship in his toughest examination to date at 160-pounds. Elated with the result, Charlo is now targeting the very best fighters in his weight class. “The whole world understands that I can fight in there with the best of […] 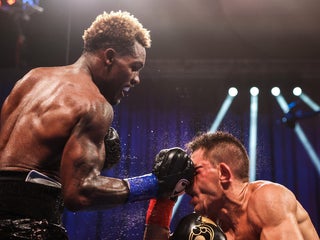 Duke Micah challenges for his first world title Saturday against the more experienced bantamweight title holder Johnriel Casemiro. Nicknamed “The Baby-Faced Terminator,” Micah told Insider he is coming to the behind-closed-doors Uncasville ring to conquer, then bring the world title back to Accra, Ghana. He said he is unfazed at […] 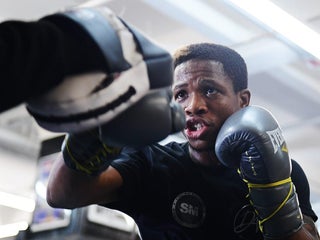 Brandon Figueroa, one of boxing’s youngest world champions, said fighting behind-closed-doors should be easier for guys like him than the sport’s superstars. That’s because he can remember the days when he would fight in front of empty seats, whereas Anthony Joshua, Saul Alvarez, and Manny Pacquiao feed off the buzz […] 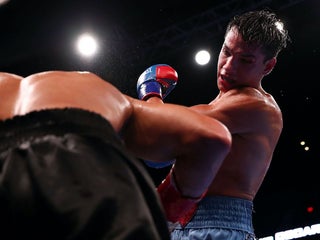 Yordenis Ugas out-punched his opponent in every round of a world title fight, but was almost robbed of a win by the judges

Yordenis Ugas threw more punches in 11 of 12 rounds, out-landed his opponent in every round, and was seen to dominate in his WBA title fight against Abel Ramos on Sunday. However, the ringside judges only narrowly awarded him a victory, with one judge even scoring it in favour of […] 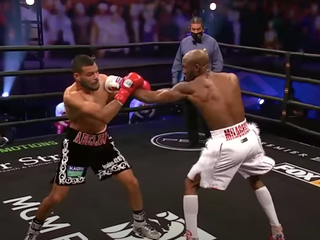 Erislandy Lara returns to the ring to headline a PBC on Fox event against Greg Vendetti on Saturday. Lara, 37, told Insider he still feels young and is ready to return to the top of the super welterweight division in the coming years. He is targeting a knockout win this […] 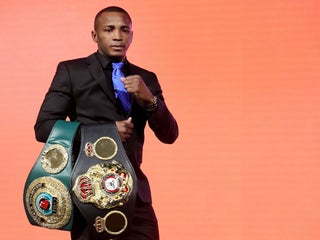 Shawn Porter dominated Sebastian Formella at a behind-closed-doors show in the Microsoft Theatre in Los Angeles on Saturday. The fight was a particularly gruelling one for Formella, as Porter set new personal best records for jabs landed, power punches landed, and total punches landed. But it wasn’t just Porter’s tenacity, […] 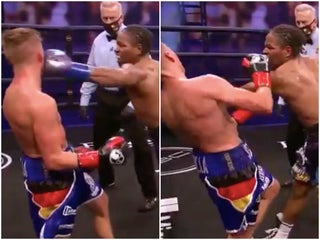 A 23-year-old American called David Benavidez lost his world title on the scales after weighing in heavy for his Saturday fight on Showtime. However, Benavidez, a heavy-hitting super middleweight, maintained his unbeaten run as a pro boxer as he brutalized his opponent Alexis Angulo in the headline bout on the […] 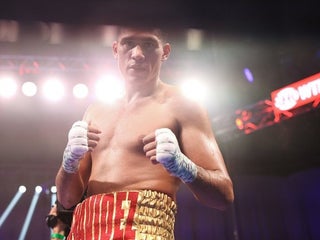 Two British women took centre stage in the boxing industry Friday as they contested an all-action world title war at Matchroom Boxing’s “Fight Camp” festival. The reigning super-featherweight champion Terri Harper and the challenger Natasha Jonas fought to a draw which was so brutal the blood stained their tops and […] 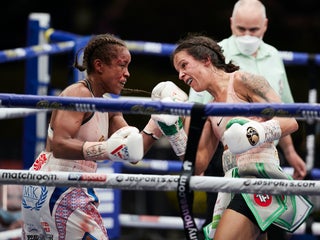 Boxing over the weekend enjoyed its most significant 24-hour period since being forced to halt operations because of the coronavirus pandemic. Three events – in Thailand, England, and the US – all produced headline moments. None were as enthralling as Joe George, an unbeaten American who flattened his opponent with […] 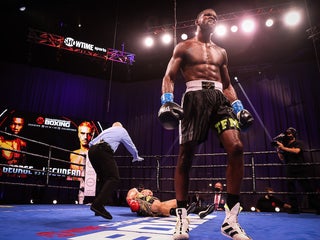 It’s way too soon to say the days of the great American heavyweight boxer are over, Adam Kownacki says

With Alabama big man Deontay Wilder’s seventh-round stoppage loss to British-Irish heavyweight Tyson Fury, questions were raised over whether the days of the great American heavyweight are no more. But after speaking to the Polish-American heavyweight Adam Kownacki and renowned American trainer Joe Goossen, Insider has been told that it […] 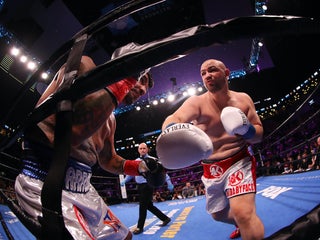