‘If you love that baby, please go get vaccinated’: Florida doctors urge pregnant women to get jab 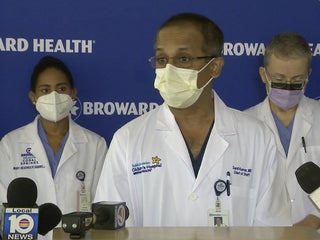 Fauci declares ‘no red flags’ from the 10,000 pregnant women in the US who have received a COVID-19 vaccine

Dr. Anthony Fauci said there have been “no red flags” with pregnant women getting a COVID-19 vaccine. About 10,000 pregnant women have been vaccinated so far in the US, Fauci said. These women were healthcare workers who would rather get the vaccine than risk infection, he said. Visit the Business […] 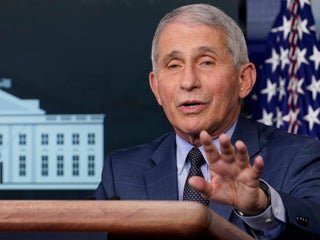 The State Department unveiled a new rule on Thursday designed to stop pregnant women who intend to give birth in the US to obtain citizenship for their child. The Trump administration decried the practice as “birth tourism” and said without evidence it creates risks to “national security and law enforcement.” […] Immigrant miscarriages in ICE detention have almost doubled during President Trump’s first two years in office, according to The Daily Beast. 18 women may have experienced a miscarriage as of Aug. 31, compared to 10 women who miscarried the year before. The increase in the number of miscarriages comes after […]

The Daily Beast reports there are over 150 ad spots on Facebook that target women over the age of 25, those the most likely to have children at an age when vaccination decisions are made. The report comes as the US is battling a measles outbreak.According to the CDC, there […]