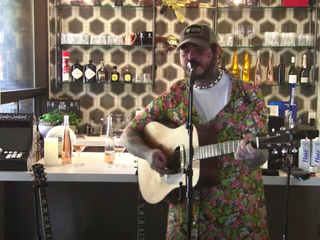 Hip-hop artist Post Malone, 24, says his face tattoos come from a “place of insecurity” in his appearance. Post spoke of his tattoos in an interview with GQ that was published on Monday. He also discussed mental health and spoke about the deaths of Mac Miller, Lil Peep, and Juice […] 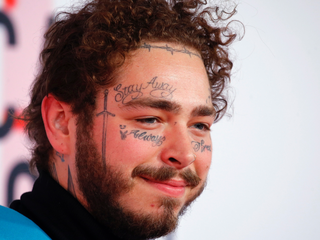 Post Malone says he once drank so much champagne that he bought a $75,000 jacket

In a recent interview with Insider, Post Malone discussed blending genres in his music, taking fashion risks, and adopting a Doritos-inspired alter ego. He said the most expensive piece of clothing he owned was a $US75,000 jacket that he basically bought on a whim. “I saw it in the store, […] Post Malone apparently believes he’s been cursed by a “dybbuk box.” In Jewish folklore, dybbuks are people who can’t immediately go to the afterlife after dying. But there’s no such thing as a “dybbuk box” in Jewish folklore. It was made up with a viral eBay listing in 2003. If […]

Post Malone is the stage name for the rapper Austin Richard Post. He recently revealed on NBC’s “The Tonight Show” that he got the name Post Malone from a random rap name generator online. Donald Glover, also known as Childish Gambino, used a similar method. Post Malone is just one […]