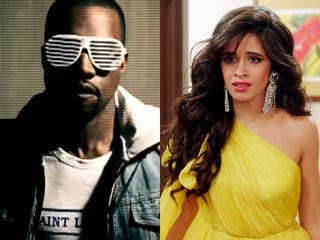 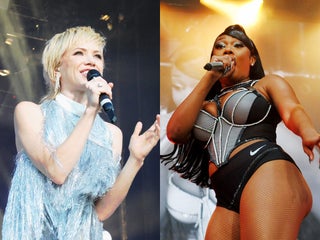 "If I sound like shit, it's not my fault," Malone told the New York City crowd. "Someone spilled some beer on the computer or something." 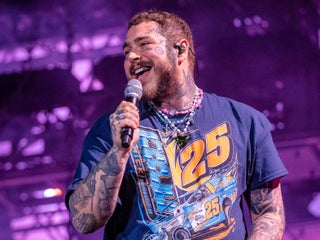 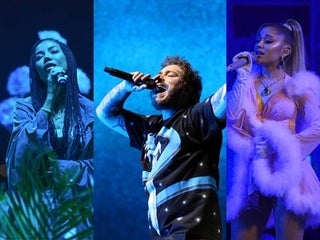 Crocs is teaming up with Post Malone for another clog collaboration

Crocs and Post Malone are collaborating on their fifth clog together, after clogs from past partnerships quickly sold out. Post Malone will also be giving away 5,000 pairs of the shoes around the globe as a “thank you.” Visit Business Insider’s homepage for more stories. Post Malone and Crocs are […] 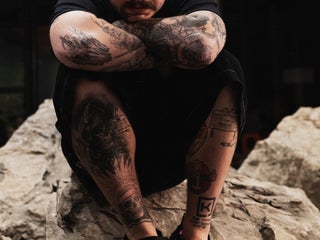 The 2021 Grammy Awards nominations were announced on Tuesday. Jhené Aiko, Black Pumas, Coldplay, Jacob Collier, HAIM, Dua Lipa, Post Malone, and Taylor Swift will compete for album of the year, the ceremony’s most prestigious category. Insider ranked all eight nominated albums to determine who should win. And it’s clearly […] 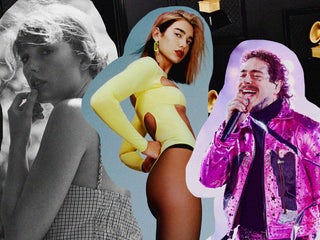 The 2021 Grammy Awards nominations were announced on Tuesday. Some are clearly amiss, like Justin Bieber’s best pop solo nod for “Yummy” and JP Saxe’s song of the year nod for “If the World Was Ending.” This year’s slate of candidates for album of the year is particularly baffling. Visit […] 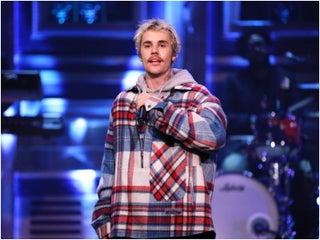 Post Malone has more than 65 tattoos (and counting). Here’s where they are and what they all mean.

Since 2016, Post Malone has gotten more than 60 known tattoos, at least 14 of which are on his face. Some of the body art, such as portraits of late musicians Kurt Cobain and Lil Peep, holds deep significance for Malone. Insider created a comprehensive guide to the artist’s expansive […] 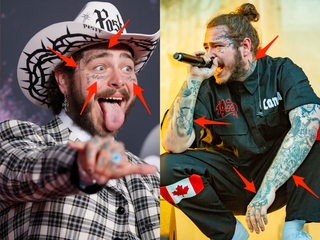 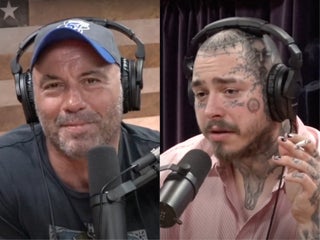 Patrick Mahomes’ talents extend outside the football field. Mahomes revealed that after the Kansas City Chiefs’ Super Bowl win, he and a few teammates celebrated by attending a Post Malone concert. Backstage before the show, Mahomes beat the singer so badly in beer pong that Post Malone wound up getting […] 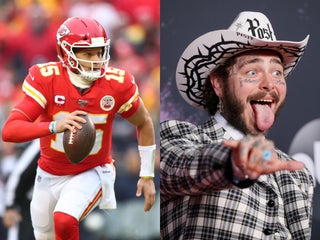 Mark Wahlberg says he warned Post Malone against getting tattoos, but the rapper added more to his face

Mark Wahlberg told James Corden that he gave tattoo advice to Post Malone. Wahlberg appeared on “The Late, Late Show with James Corden” to promote his new film “Spenser Confidential,” in which Post Malone makes his acting debut. Walhberg, who said he has had “eight or nine” tattoos removed in […] 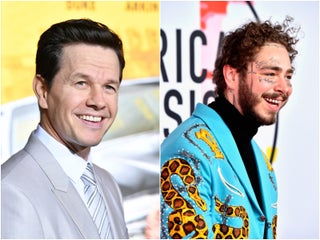 Pop stars ruled iHeartRadio’s charts this year, but Post Malone was the top artist of 2019

2019 was a year of both comebacks and meteoric rises in music, and new artists as well as old favourites showed up in iHeartRadio’s year-end review. Post Malone took the top place for artists in 2019, according to iHeartRadio data shared with Business Insider, and breakout stars like Billie Eilish […] Seventeen different songs have hit No. 1 on the Billboard Hot 100 this year. “Thank U, Next” by Ariana Grande took the first top spot of the year. Mariah Carey’s classic holiday single “All I Want For Christmas Is You” is currently charting at No. 1 for the first time […] The 2020 Grammy Awards nominations were announced Wednesday morning. Boring, uninventive songs like “Talk” by Khalid, “Always Remember Us This Way” by Lady Gaga, and “Someone You Loved” by Lewis Capaldi were nominated in major categories. Lil Nas X’s lacklustre EP “7” was nominated for album of the year, while […] 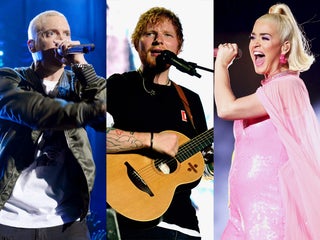 Each week, INSIDER rounds up a list of great songs and albums to listen to over the weekend. In addition to Lana Del Rey’s highly anticipated sixth studio album, you can listen to Post Malone’s new single and SiR’s RCA debut “Chasing Summer.” Visit Insider’s homepage for more stories. Friday […] Here are all the 2019 Billboard Music Awards winners

The winners of the 2019Billboard Music Awards were announced Wednesday. Drake broke a record for most awards by collecting 12 on Wednesday, and bringing his all-time total to 27. Other top winners include Cardi B with six, Maroon 5 with four and Ella Mai, Ozuna, Luke Combs and Lauren Daigle […] Here are all the nominations for the 2019 Billboard Music Awards

The finalists for the 2019Billboard Music Awards were announced Thursday morning. Cardi B, Drake, and Post Malone lead the nominees. Finalists and winners at the BBMAs are determined by album and digital songs sales, radio airplay, streaming, touring and social engagement. Here’s a full list of the nominations. INSIDER will […]

Post Malone, Balenciaga, and teens: Here’s what’s behind Crocs’ huge run over the past year

Crocs shares have soared 100% over the past year, far outpacing the performance of other publicly traded shoe and apparel makers. Analysts who cover Crocs say the brand has seen a revival among teens and has raised its profile in pop culture. Another more subtle component of the big gains […]