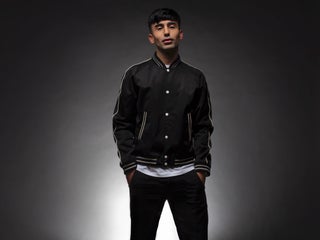 The 1 thing people get wrong when they quit sugar

So you’ve quit sugar — congratulations! Now that the hardest part — saying no to all those sugary delights — is over, it’s time to see if you’re actually quitting sugar the right way. According to Nik Toth, creator of the Lean Body Formula, there’s one thing a lot of […]

This Australian woman who estimated that her child cost her $30,000 a year reveals the economics of having a baby

Babies are expensive. Then they grow into toddlers, who are expensive. And then children, and so on and so forth. The decision to have a child isn’t just a major emotional, social and lifestyle commitment, it’s a huge financial decision too. I knew this theoretically before my daughter was born, […]

A nutritionist explains how to use turmeric

Ever since kale was revealed to be the most super of all leafy greens, health-savvy eaters have been keeping an eye out for the next big thing in nutritious eating. Avocados were the leader in the category for some time, but there’s a new hero in the superfood sect that’s […]

On Jan. 17, a collective cheer erupted among women in tech and gaming when news broke that Helen Chiang had been named the new head of Minecraft at Microsoft. Chiang replaced Matt Booty — who was promoted to head of Microsoft Studios – but she’s no stranger to the brand, […]

It’s not Christmas without a huge dessert spread. It’s the one day of the year a five-course dessert is expected, but if you’re trying to navigate Christmas without that bloated feeling it might be worth noting to how much each delicious dessert will cost you in calories. From Christmas pudding […]

Australia can soon look forward to many same-sex marriages in early 2018. However, the first same-sex couples to be legally married in Australia are those who already married overseas. These couples’ marriages will become automatically legal in Australia as soon as the Governor General signs off on the legislation. The […]

Judging by how social media effects tourism in the age of “if you don’t post it, did it really happen?”, Instagram’s most geotagged locations is a fairly good barometer of where the place to be actually is. Instagram has just released it’s 2017 year in review data, revealing Hugh Jackman […]

Making a good first impression is often the difference between landing your dream job and dreaming about landing a job. While there are a number of ways to immediately score points with a potential employer, your outfit is arguably the most important thing to consider. Every industry and workplace is […]

I’ve long admired those who nap, but I’ve always been someone who can’t. I can log a solid eight hours and get those five complete sleep cycles at night, no worries — I track my sleep religiously — but the day naps elude me. When I confidently passed on this […]

If there’s one woman who knows a thing or two about dressing for the Spring Racing Carnival, it’s Myer ambassador Jodi Gordon. The Australian celebrity is a fixture on the guest list for all the main events (Melbourne Cup, Derby Day, Oaks Day . . . the list goes on). […]

The Melbourne Cup kicked off yesterday at Flemington Race Course. Not only was it the most important race of the season, it was also the biggest day of fashion with race-goers saving their best dresses and millinery for the event. Australian celebrities and influencers including Jodi Gordon, Jennifer Hawkins and […]

Why women need to keep pushing for equal pay, and tips on how to ask for a raise

It’s possibly the most obvious example of two people doing the same job: hosting a TV show together. There’s an equal amount of time spent in front of the camera, an equal amount of interviews, equal engagement with the audience, and the whole country gets to watch this happen every […]

On April 28, 1996, Tasmanian man Martin Bryant went on a shooting rampage at Port Arthur, south-east of Hobart, killing 35 people and injuring a further 23. Then-Prime Minister John Howard had only been in the role for six weeks at the time, but his actions in the aftermath changed […]

The best outfits of the Dally M awards

The Dally M Awards — NRL’s night of nights — took place at The Star in Sydney’s Darling Harbour on Wednesday evening. It was a chance for the wives and girlfriends of players (as well as some of our favourite celebs) to take the spotlight and there was a slew […]

If you watched the hit show Big Little Lies, which is based on Liane Moriarty’s bestselling book, then you know just how emotional, heartbreaking, and magnificent Nicole Kidman‘s performance is, which meant her outstanding lead actress in a limited series or movie win at the Emmy Awards on Monday was […]

While Miranda Kerr tied the knot with Snapchat founder Evan Speigel back in May, little was known about her wedding dress until now. Vogue got the exclusive of the couple’s backyard wedding which took place at their Brentwood, California home. The model, who’s known for her impeccable street style, wore […]

PopSugar Inc., which owns ShopStyle, a platform for thousands of beauty, fashion and retail bloggers, has today launched Emoticode, an emoji-style URL shortening technology that enables people, publishers and brands to monetize their posts on Snapchat and Instagram. It sounds techy, but essentially how it works is a business can […]

They’re the queens of free-spirited style, and not just because of their cult-hit label, Sass and Bide. Sarah-Jane Clarke and Heidi Middleton forged a friendship over 15 years ago, which led them to launch a label now synonymous with Australian designer fashion. The pair started Sass and Bide in 1999, […]

Where You’ve Seen ‘This Is the End’ Bros Together Before