The director of Pompeii's archaeological park said the find was a "window into the precarious reality of people who seldom appear in historical sources." 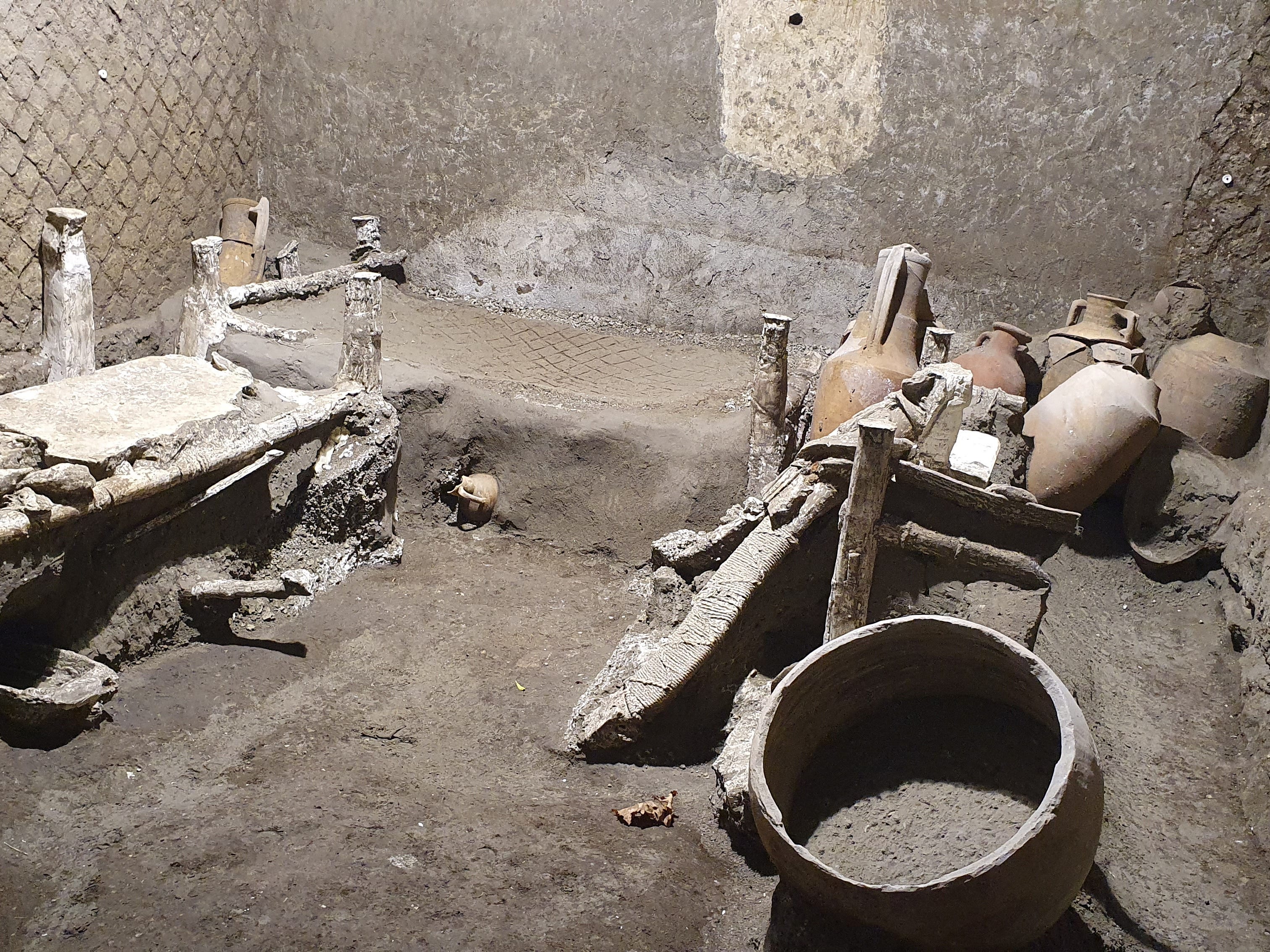 The tomb of Marcus Venerius Secundio, which was discovered this week, lists his many achievements after he was freed from bondage. 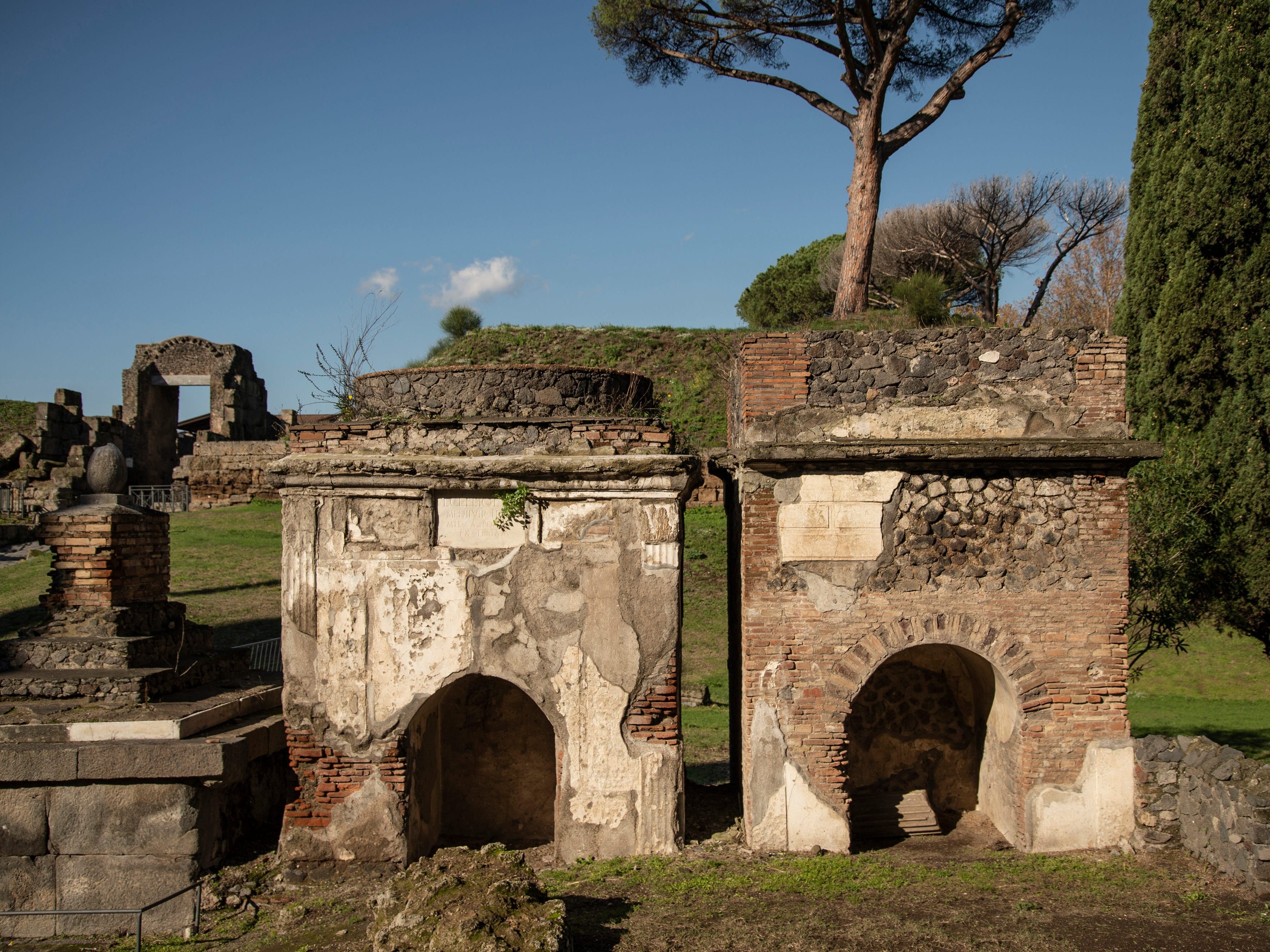 A 2,000 year-old fast-food joint discovered by archaeologists in Pompeii will open to tourists this summer. Take a look inside.

Italy is hoping the recently excavated site of an ancient diner in Pompeii will draw in summer tourists when it opens on August 12. 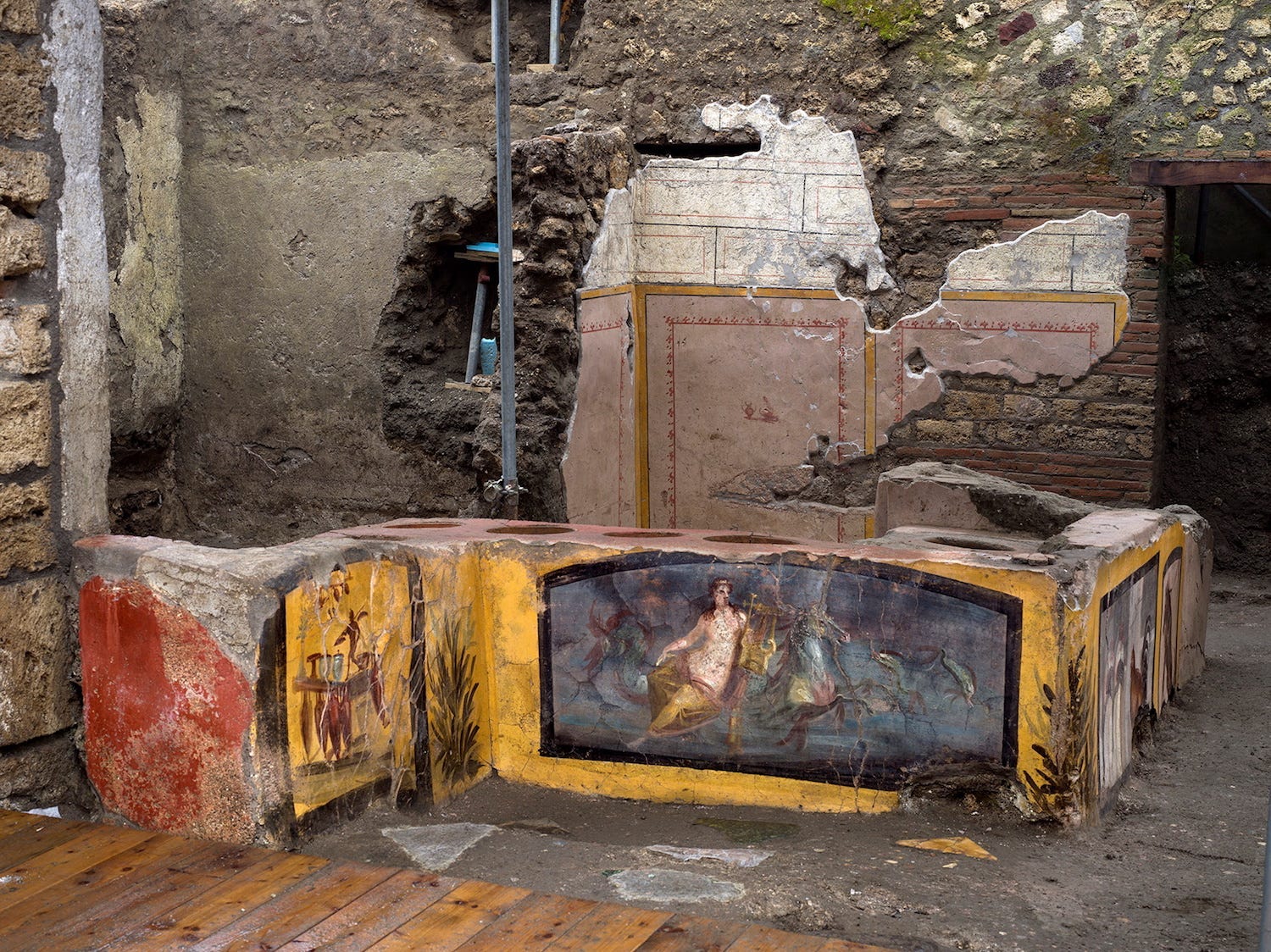 Archaeologists found the ‘Lamborghini’ of chariots preserved near Pompeii

The eruption of Mount Vesuvius in 79AD covered Pompeii in volcanic ash, leaving it preserved and a famous archaeological site. 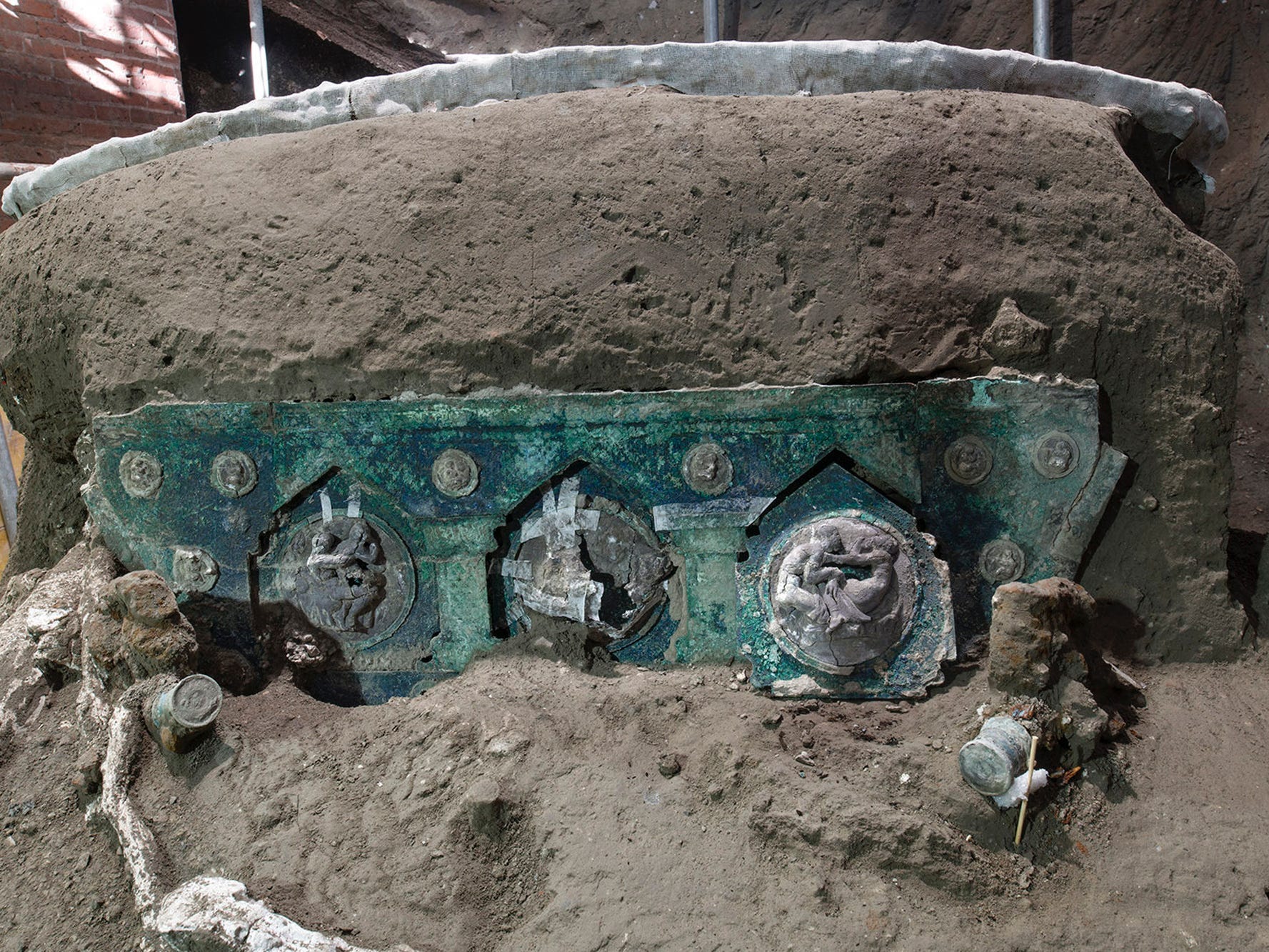 Archaeologists in Pompeii discovered a well-preserved snack bar complete with 2,000-year-old food remnants. Decorated with brightly coloured frescoes, the so-called thermopolium is the first of 80 others found at the site, fully intact. The archaeologists even found traces of nearly 2,000-year-old food, including remnants of pork, fish, snails, and beef. […]

The well-preserved remains of two men have been discovered in the Roman city of Pompeii, near Naples. The two bodies were killed in the eruption of Mount Vesuvius in 79 AD which covered the ancient city in volcanic ash and froze it in time. The bodies are thought to be […] 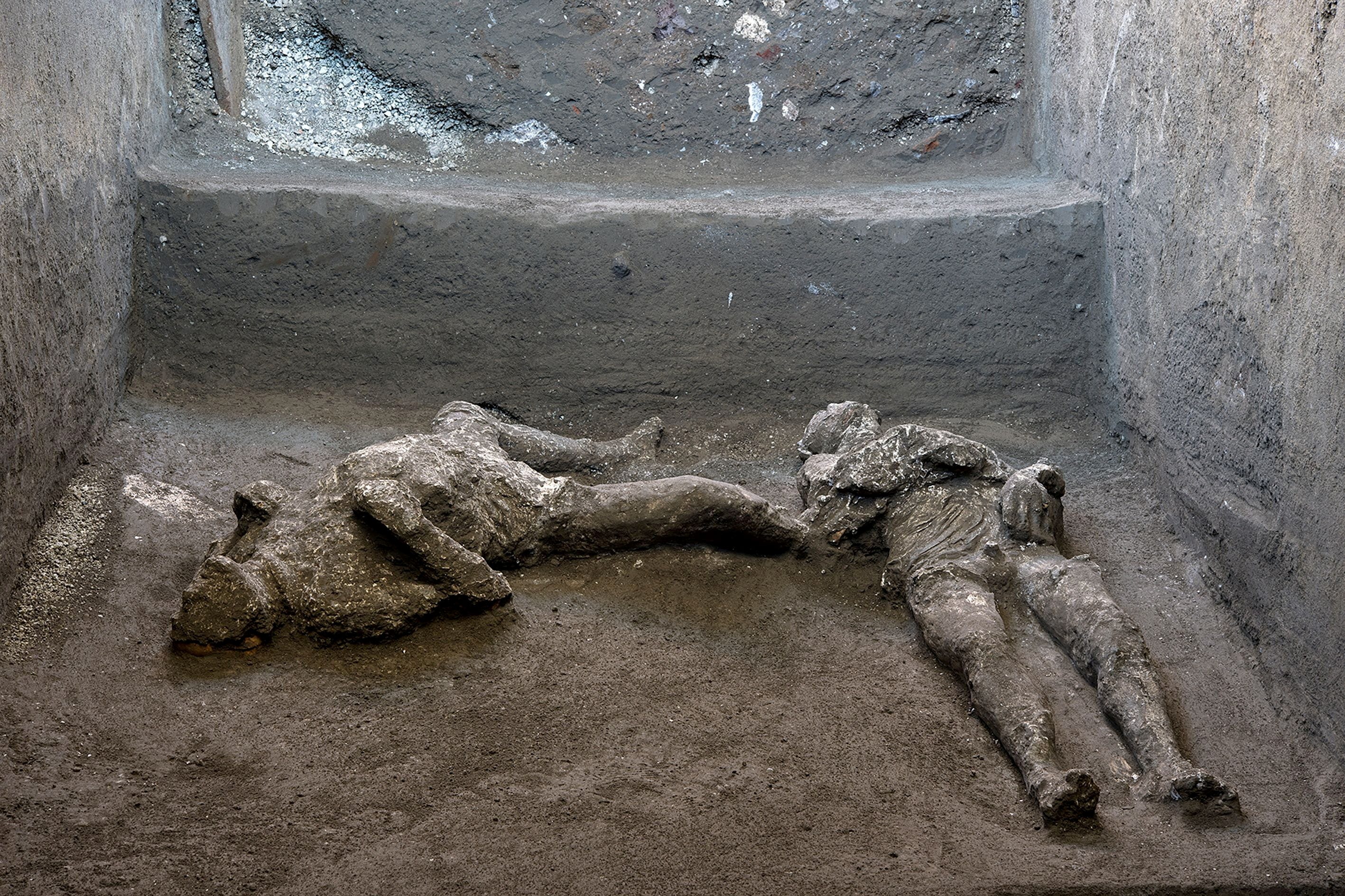 Pompeii blew me away with its fascinating history, but there’s a less touristy ancient city just a few miles away

I took a 7-hour walking tour of the ancient ruins of Pompeii and Herculaneum during Europe’s deadly heatwave in June. While both towns were buried by the same volcanic eruption, visiting them in the 21st century couldn’t have been a more contrasting experience. Despite the sweltering heat, Pompeii was abuzz […]
Lifestyle Jun. 28, 2019, 8:15 PM

I visited Pompeii in the middle of Europe’s deadly heat wave, and I couldn’t believe how many tourists braved the sweltering temperatures

Much of Europe is on red alert as temperatures are soaring beyond 40 degrees Celsius (104 Fahrenheit) this week. I’m in southern Italy this week, which is generally considered to be one of the hottest places in Europe anyway. On Thursday, I took a three-hour walking tour of Pompeii in […]
News Apr. 13, 2019, 2:43 AM

A 21-year-old woman from the UK was accused by Italian police of stealing tiles from ancient Pompeii ruins. Italian police reported that the woman, Caprice Arnold, climbed over a safety barrier and used a sharp object to cut the tiles from the floor. Arnold claims she wasn’t trying to steal […]

Archaeologists reconstructed the mansion of a wealthy banker in Pompeii

VIDEO: Digital archaeologists at Lund University in Sweden have put together a 3D reconstruction of a mansion in Pompeii. The video shows the house in its original state before the eruption of Mount Vesuvius in 79AD, which destroyed the Roman city. The researchers think the house belonged to rich banker, Caecilius Iucundus.
Tech Oct. 8, 2016, 9:45 PM

See inside the incredibly ornate residence where a banker from Pompeii lived 2,000 years ago

17 pictures that will make you want to visit Pompeii, which was covered under a layer of volcanic ash thousands of years ago

Sony’s $US100 Million ‘Pompeii’ Is A Huge Box-Office Bomb