China is becoming one of the most contentious issues of the looming US 2020 presidential election. There are issues that must be address with China, but the US also needs to balance security and potential economic harm, writes Defence Priorities senior fellow and retired Army Lt. Col. Daniel L. Davis. […] 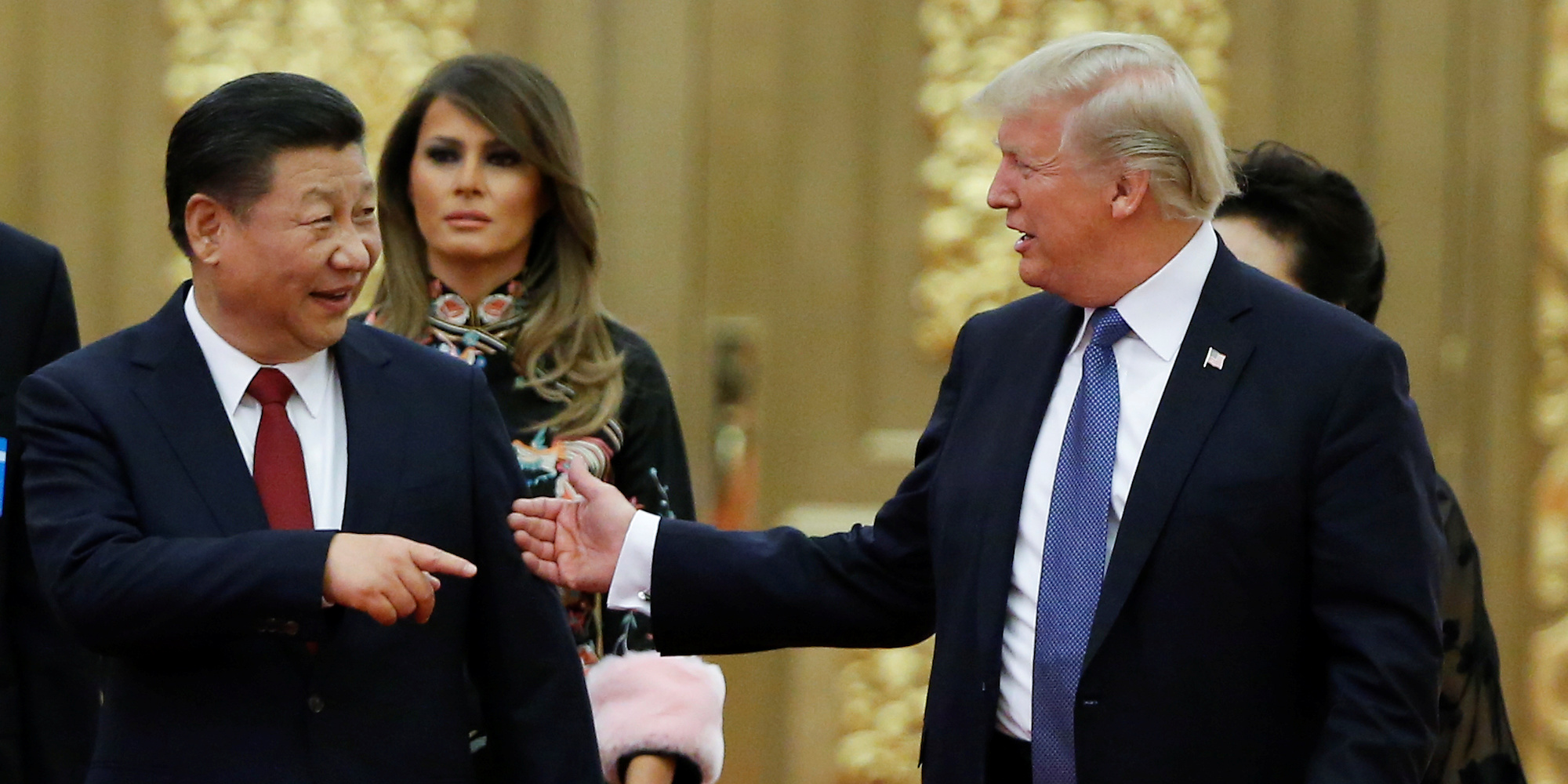 Congress has been working to provide financial lifelines to Americans and businesses amid the economic contraction spurred by the coronavirus pandemic. Including funding for research into artificial intelligence will not only aid the US’s economic recovery but also better position it for the future, writes Tony Samp, an adjunct senior […] 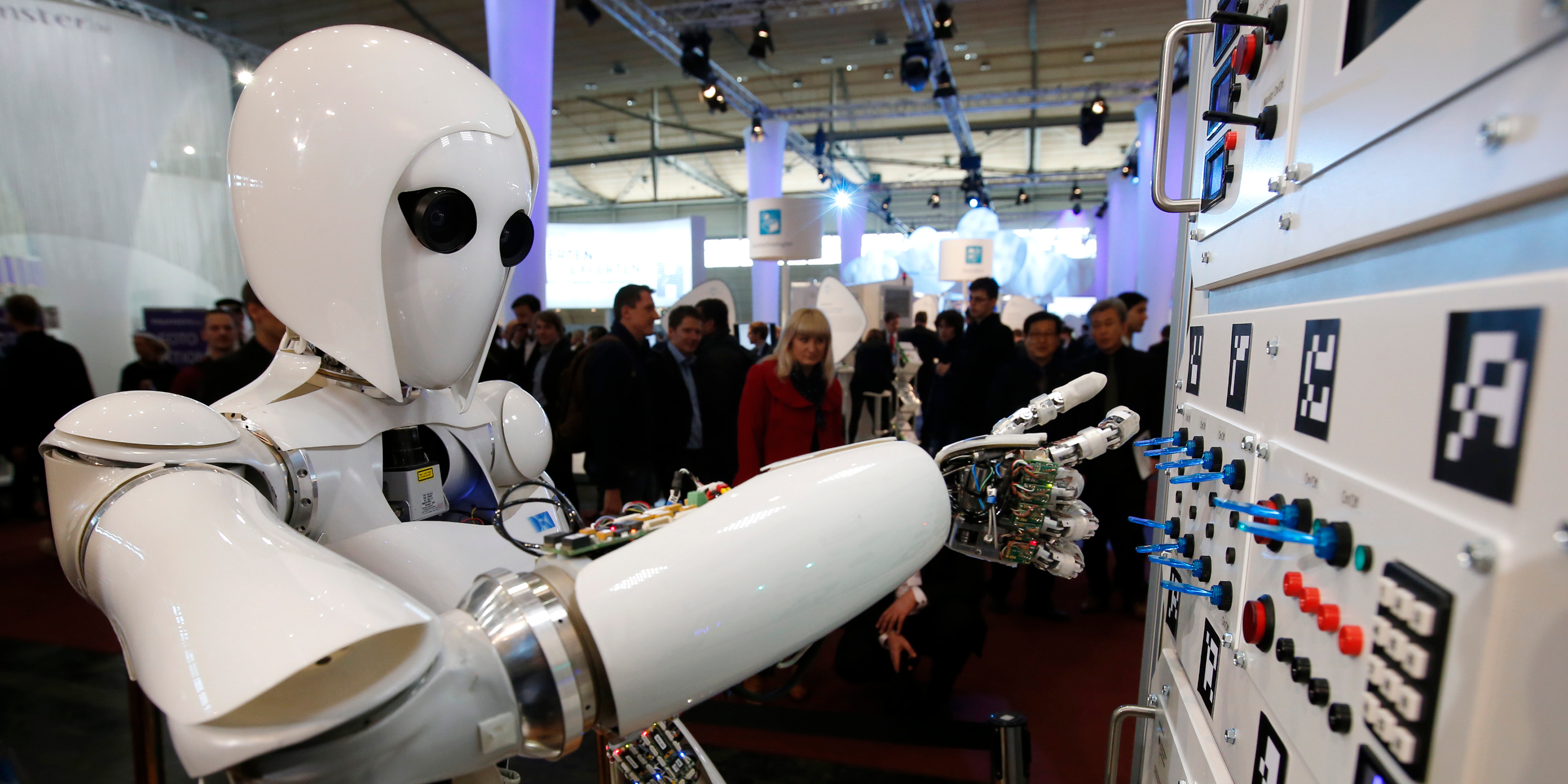 The rapid spread of the coronavirus and efforts to address it have strained the US military at its bases and operating areas all over the world. That strain underscores the limits of US reach and power and is a message to allies and foes alike about what the US can […] 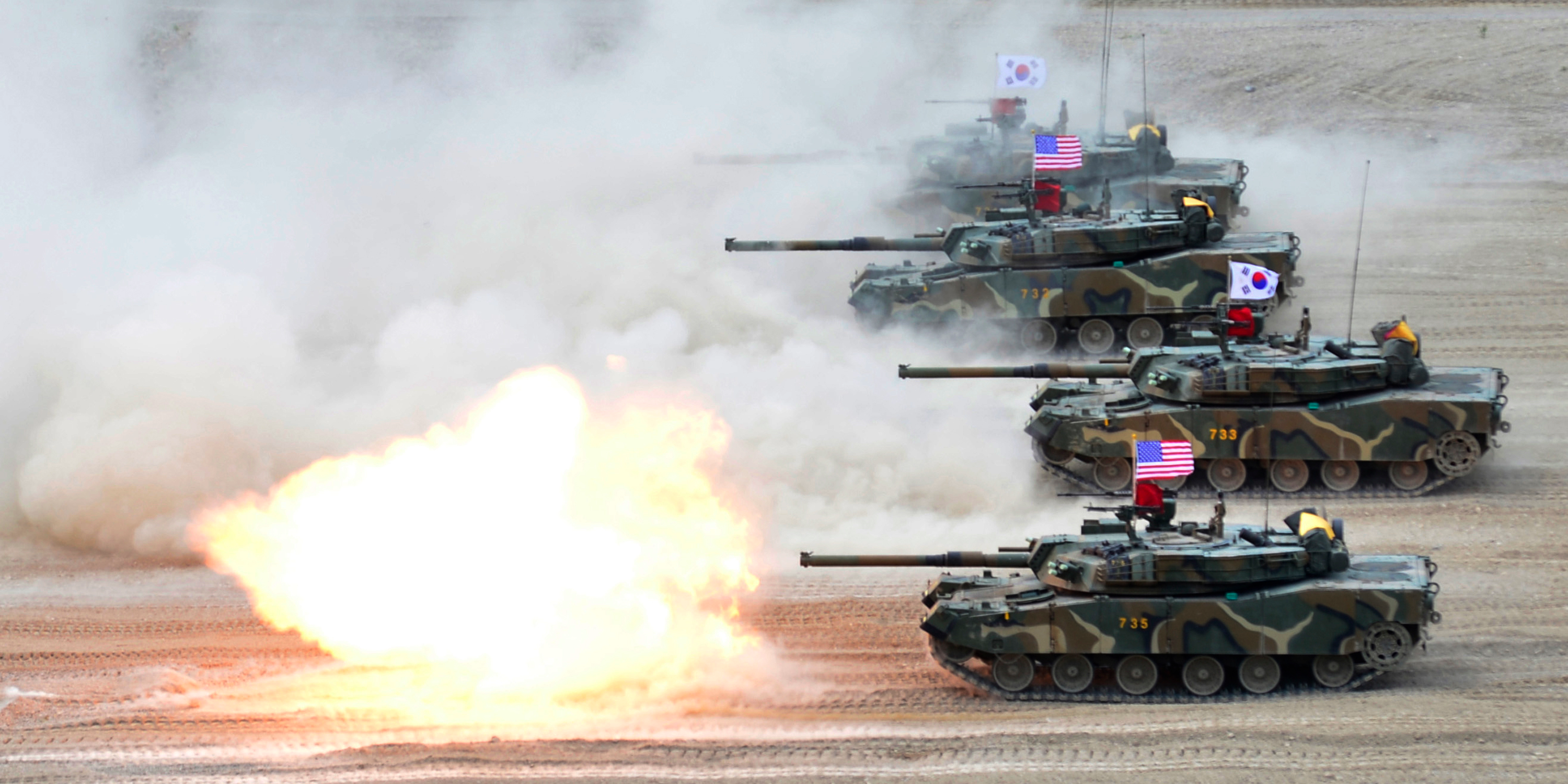 Recent clashes between the US and Iran have nearly escalated into full-fledged conflict. Despite that tension, there is one issue on which the two governments can cooperate and potentially improve relations, writes Defence Priorities fellow Daniel R. DePetris. Visit Business Insider’s homepage for more stories. If there is one word […] 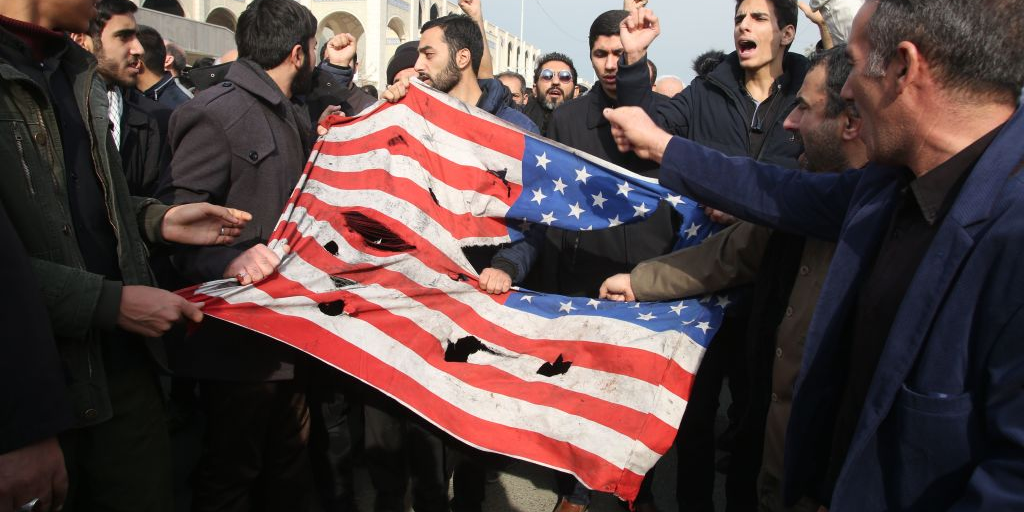 As the coronavirus spreads, Americans have to flatten the misinformation curve too

The coronavirus outbreak has pushed social-media platforms even closer to the centre of America’s information ecosystem. These platforms are straining under a new flood of misinformation, and the public must practice extreme caution when sharing information about this crisis online, write Megan Lamberth and Chris Estep of the Centre for […] 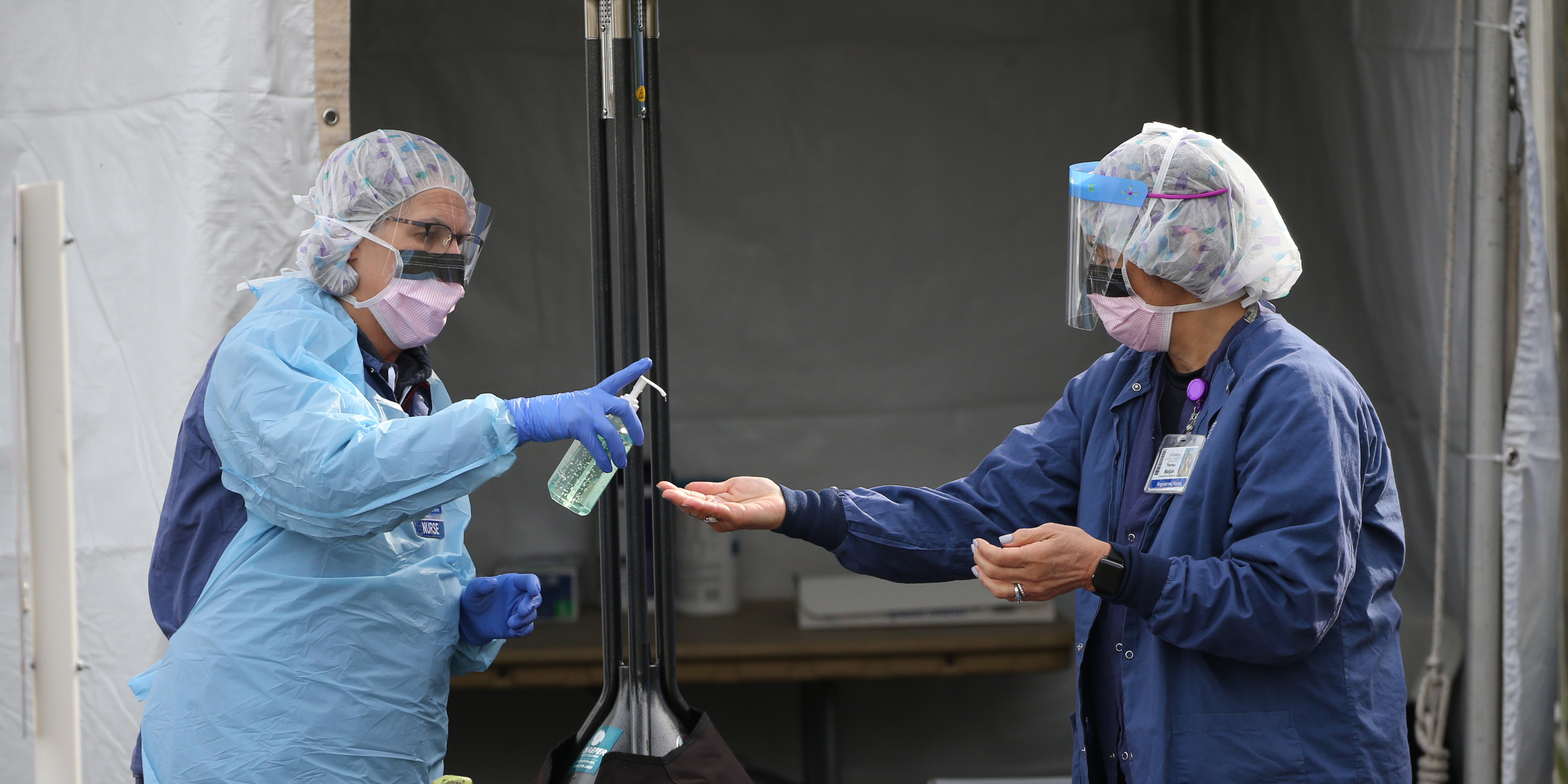 Ceasefire or not, it’s time to get out of America’s longest war

Reports of the Taliban proposing a ceasefire in Afghanistan suggest an willing to make a concession to the US in ongoing talks on a peace deal. But even without a ceasefire, it’s time for the US to get out of Afghanistan and put an end to the needless bloodshed and […]
News Nov. 14, 2019, 4:08 AM

US troops are still in Syria, despite President Donald Trump’s high-profile announcement about their withdrawal. By relying on the military for solutions to the crisis in Syria, the US is foreclosing what is likely its best option to achieve its goals: a diplomatic resolution, writes Defence Priorities fellow Shahed Ghoreishi […]
News Nov. 7, 2019, 3:55 AM

The killing of ISIS leader Abu Bakr al-Baghdadi in Syria last month is the latest blow to the terrorist group leveled by the US and its local partners. The US Special Forces operators who swooped in on al-Baghdadi’s compound came from several US outposts in the region. But the US […]
News Sep. 13, 2019, 11:21 PM 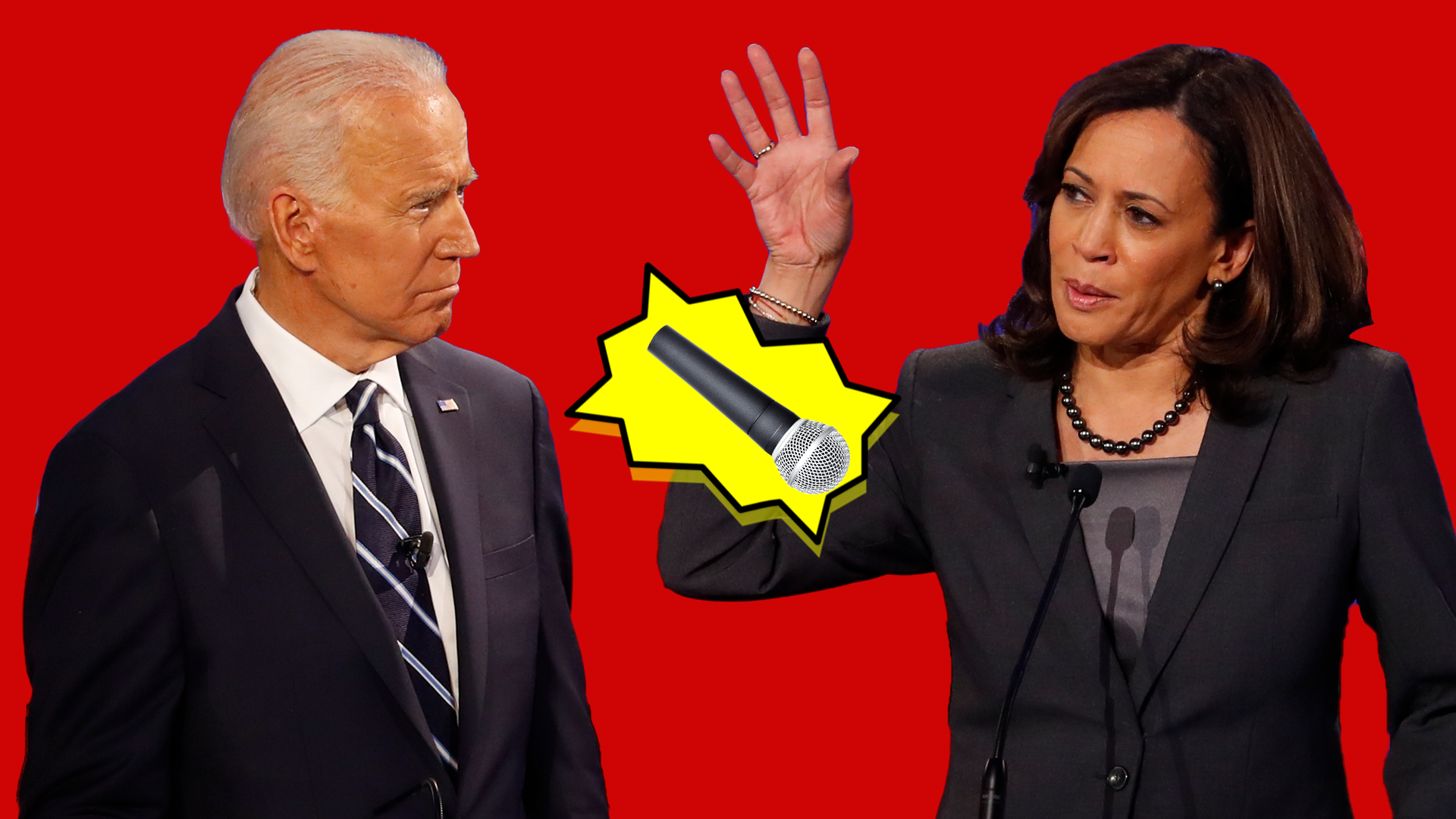 Republicans have themselves to thank for socialism

Socialism is on the rise in America, specifically Democratic socialism. 43% of Americans now say that some form of socialism is good for the country, compared to just 25% in 1942. While Republicans hate this, it turns out they have themselves to blame. It’s their own policies and actions that […]
News Aug. 2, 2019, 5:57 AM

Only Nixon could go to China, and maybe only Trump can end the war in Afghanistan

The morass facing the US in Afghanistan after 18 years of combat is not dissimilar to the protracted struggle the US encountered in Vietnam. Like Nixon with Vietnam, President Donald Trump may be the only one with the credentials and political capital to pull the US out of Afghanistan, writes […]
News Jul. 12, 2019, 6:16 AM

The US is in the middle of a showdown with Iran, stoked by incidents in the Persian Gulf and a protracted dispute over the 2015 nuclear deal. But behind the present round of tensions is the US’s long-running desire to the control the movement of a resource that Iran is […]
News Jun. 26, 2019, 7:08 AM

When Rep. Alexandria Ocasio-Cortez called border facilities “concentration camps,” she sparked outrage and a huge debate. People on both sides of the aisle argued that we should not invoke the memory of the Holocaust to describe the situation at the border. However, historians agree that based on the conditions of […]
News Jun. 12, 2019, 6:22 AM

Carlos Maza, a producer for Vox, complained to YouTube that he was the target of hate speech and harassment by Steven Crowder, a popular conservative personality on the site. YouTube responded by saying Crowder’s comments were “hurtful” but not in violation of their harassment policy. This caused outrage on social […]
News May. 31, 2019, 12:00 AM

INSIDER’s Manny Ocbazghi opines that Fox News pundits have been echoing white supremacist talking points during segments on immigration. These talking points are tied to a conspiracy theory called “The Great Replacement.” The Great Replacement theory says that nonwhite populations around the world are maliciously marginalizing and deliberately replacing white […]
News May. 10, 2018, 1:18 AM

If Donald Trump is so rich, why does the presidency seem so cheap?

If Donald Trump is so rich, why does his personal lawyer seem so desperate for money? If Donald Trump keeps showing us he’s not that rich, why do people keep calling him a billionaire? (Stop it!) We don’t actually know how much someone is worth until we see it with […]
News Mar. 15, 2018, 2:34 AM

Larry Kudlow, a Reagan era policy wonk and talking head, is joining Trump’s White House. The fact that he disagrees with Trump’s trade agenda and is still willing to join makes him the perfect candidate. Kudlow won’t be able to dissuade Trump from doing what he wants, but Kudlow will […]
Markets Mar. 9, 2018, 5:34 AM

The three stooges are running the US economy now

With Gary Cohn out at the White House, Donald Trump can run the economy like the slapstick show he’s always wanted. The stars are Treasury Secretary Steve Mnuchin, Commerce Secretary Wilbur Ross, and Trade adviser Peter Navarro. These three stooges will surely provide the protectionist antics that make their boss […]