Trump vs. Biden: A breakdown of which candidate is raking in more donors in each of America’s 7 richest ZIP codes

The campaigns of both Donald Trump and Joe Biden are seeing lots of money pour in as November draws nearer. Business Insider cross-analysed data fromBloomberg’s richest ZIP codes report and theNew York Times’ recent deep-dive into how each ZIP code is donating to see whose campaign political donors in these […] 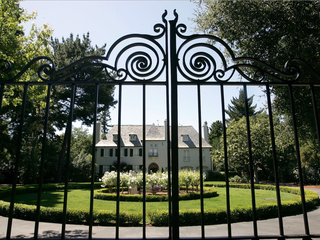 Home Depot founders and Republican mega-donors Ken Langone and Bernie Marcus have attracted controversy over their donations to Republican groups and politicians, including US President Donald Trump. But is Home Depot really a conservative company? And is Lowe’s its liberal counterpart? To find out, Business Insider analysed Federal Election Commission […] 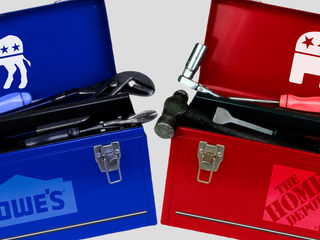 The mysterious family behind In-N-Out has donated more than $15,000 to Trump and the GOP since 2016

In-N-Out’s chief operating officer, Mark Taylor, and his wife, Traci Taylor – the half-sister of the chain’s owner and president – have donated more than $US15,000 to President Donald Trump and the national Republican Party since 2016. Both Mark and Traci Taylor reached the maximum an individual can donate to […] Here are all the politicians Jeffrey Epstein, the money manager arrested on charges of sex trafficking, has donated to

The financier Jeffrey Epstein was an important political donor before he pleaded guilty to charges of felony sexual solicitation of underage girls in Florida in 2008. Epstein has donated $US184,276 to politicians on both sides of the aisle, including Chuck Schumer, Bill Clinton, George H.W. Bush, and Bob Dole since […] Apple, as a company, does not donate any money to political candidates,CEO Tim Cook said on Tuesday. He also said he doesn’t believe that political action committee (PACs) should exist. PACs allow corporations and others to secretly donate large sumsto campaigns. While Apple doesn’t try to get particular politicians elected, […]

Charles and David Koch have been titans of industry and politics for decades. David, 79, has died, the family announced on Friday. The company their father founded, now known as Koch Industries, is the second-largest company in the US with an annual revenue of $US100 billion. Libertarians who favour small […] Malcolm Turnbull’s $1.75 million to his own party made him the biggest donor in Australian politics last financial year

Malcolm Turnbull was the country’s most generous political donor, handing over more than three times more than anyone else. Political donations overall were up in 2016-17, helped largely by the post-election public funding given to parties for every vote they receive. Nearly all political parties, at both state and federal […]

Hollywood producer Harvey Weinstein is one of... REPORT: Donations flowed to both Labor and Liberal parties from a front for the Chinese government

Both the Liberal and Labor parties have reportedly received millions of dollars in donations via a body seen as a front for the Chinese government. According to a report in Melbourne’s Herald Sun, the Australian Council for the Promotion of the Peaceful Reunification of China is an “agent of the […]

A Sydney gold trader with close links to Beijing, who stood as a NSW senate candidate in last year’s federal election, has resigned from the party as details emerged of campaign donations to the ALP with links to a tax scam. Fairfax Media reports that “Simon” Shuo Zhou, who was […]

Silicon Valley is betting its money on Hillary Clinton

As we head into Election Day, one way to figure... Westpac will continue political donations and won’t follow the NAB in stopping payments. Brian Hartzer, being questioned in the House of Representatives economics committee yesterday, said: “Our policy is very clear and we don’t have any plans to change it.” The bank’s policy says: We believe we have a responsibility […]

Political parties in Australia may soon lose the millions of dollars in donations and payments from the major banks now being called to account before a parliamentary committee. The ANZ Bank is reviewing its political support after the NAB quietly went about cutting all of its donations, whether in cash […]

Labor senator Sam Dastyari has resigned from the shadow ministry in the wake of a scandal over a getting an education company with close links to the ruling Chinese communist government to pay his travel expenses. Dastyari was the Opposition’s for consumer affairs spokesperson and manager of opposition business in […]

Microsoft said on Friday that it is not... Although Salesforce.com CEO Marc Benioff has... Wouldn't it be nice to easily be able to... Companies are paying people thousands of dollars to quit their jobs....

Archeologists discover 2 giant sphinxes at the lost ‘Temple of a...