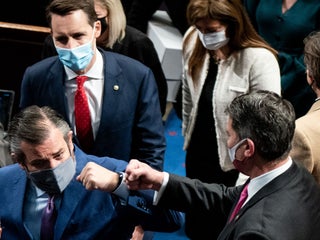 Facebook is stopping donations to political parties for at least three months, a spokesperson confirmed to Insider Monday. Axios first reported the news. JP Morgan and Citibank had already made the move, while other companies have said they will cut off donations just to GOP lawmakers who objected to certifying […] 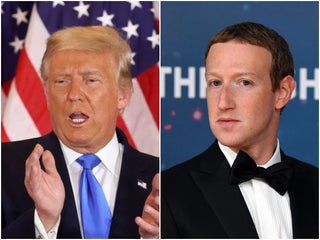 Apple, as a company, does not donate any money to political candidates,CEO Tim Cook said on Tuesday. He also said he doesn’t believe that political action committee (PACs) should exist. PACs allow corporations and others to secretly donate large sumsto campaigns. While Apple doesn’t try to get particular politicians elected, […]

Ahead of a potential presidential campaign announcement, former Secretary of Housing and Urban Development Julián Castro visited voters in Iowa, where he talked about border policy and universal healthcare. During his visit, Castro said he will disavow PAC money if he runs for president. Castro plans to reveal whether he […] Since the Citizens United decision, companies have been able to donate millions of unregulated dollars to political causes as a form of protected free speech. Behind many of the largest corporate contributions are influential CEOs on the left and the right, such as Sheldon Adelson and Tom Steyer, who hope […]