The jet stream has started an unprecedented shift north, which could wreak havoc on weather in the US and Europe

Research shows the northern hemisphere's jet stream is migrating toward the Arctic, which may cause more droughts in Europe and warming in the US. 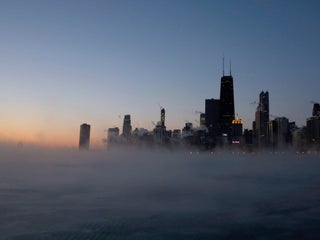 A polar vortex could bring a freezing snap to most of Europe and Asia, pushing up natural gas prices. UK gas prices jumped ahead of a possible return of the “Beast from the East” cold weather front. Asian LNG prices hit record highs as demand for power generation has soared. […] 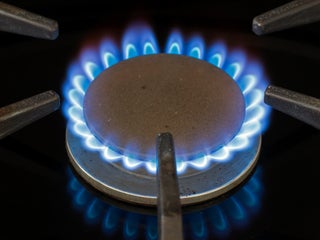 A polar-vortex event is set to hit the northeastern US this weekend, bringing snow and potentially record-breaking springtime cold

Parts of the northeastern US might see temperatures in the 30s and 40s on Saturday and Sunday. Some New England states could get snow. The National Weather Service warned Americans to expect “widespread record and near record low” temperatures. According to forecasters, this late-spring chill will come as the polar […] 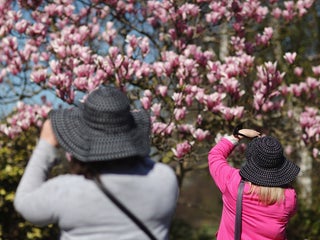 A bomb cyclone has impacted 25 US states, causing flooding, white-out conditions, and power outages — here’s what that is

A bomb cyclone struck Colorado and surrounding states yesterday, and is moving east across the central US. The intense winter storm grounded more than 1,300 flights, left more than 84,000 Colorado residents without power, and killed at least one person. “Bomb cyclone” is a meteorological term that forecasters use to […] The Animal Clinic of Kalispell, Montana, helped revive Fluffy the cat after her owners found her frozen and buried in snow. Fluffy was found unresponsive on January 31, when temperatures in the region hit a low of 9F. Veterinarians used towels, warm water, and hairdryers to thaw Fluffy out, and […]

In the midst of the polar vortex, 52 people completed this 135-mile ultramarathon in northern Minnesota — biking, skiing, and running through the coldest corner of America

The Arrowhead 135 is a 135-mile endurance race through northern Minnesota. This year’s race coincided with the polar vortex. Temperatures dipped to -32 Fahrenheit, with wind chills reaching -55. Organisers hope for some of the chilliest weather of the year when they pick the date of the annual race. Of […] The polar vortex is currently sweeping through and snowing on the nation. But it’s not the first of its kind. The Knickerbocker Snowstorm and the Blizzard of 1949 were some of the worst in the country’s recorded history. People’s cars, streets, and even homes were completely snowed in. With the […]

A 69-year-old FedEx worker was found dead on Thursday outside a delivery hub in East Moline, Illinois, the local ABC affiliate WQAD reported. Authorities told the news outlet that the weather contributed to the worker’s death but that the cause of death is unknown. The temperature near East Moline on […] The US is suffering through a polar vortex. Paradoxically, we may have global warming to thank for that.

The US is in the midst of a polar-vortex event. About 84 million Americans are experiencing subzero temperatures. The polar vortex is an area of circulating cold air that rings the planet’s North Pole. Sometimes that vortex destabilizes, sending surges of Arctic air south. Climate change – specifically melting Arctic […] 1 in 10 homeless adults are veterans, here’s how you can help them and others stay safe and warm during the polar vortex

Cold temperatures can be life threatening, especially to the homeless population. The polar vortex that’s brought below-freezing temperatures to many major cities in the US has already led to a number of deaths. There are roughly 553,000 homeless people in the US on any given night, and approximately 11% of […]

Parts of the Midwest are colder than Antarctica due to a polar vortex. Can you guess which photo was taken where?

The polar vortex is causing subzero temperatures in parts of the Midwest. Cities in Minnesota, Wisconsin, Michigan, and Illinois have reported temperatures colder than those currently in Antarctica. The freezing Midwest looks a bit like the South Pole in photos. Can you tell them apart? The Midwest continues to experience […]

A group of 70 homeless people were put up in hotels in Chicago by an anonymous good Samaritan, the Salvation Army said. The group had been camping in tents near Chicago’s University Village/Little Italy neighbourhood. About 100 donated propane tanks they were using to keep warm were confiscated by the […]

The polar vortex is affecting some 220 million people in the US this week. As a safety warning, it has been advised to stay indoors if at all possible. You’ll want to make sure you and your home are well-prepared for the below-freezing temperatures. It’s important to take certain precautions […] Michigan Gov. Gretchen Whitmer made a Wednesday night plea to citizens: Turn down natural gas-powered thermostats to 65° or lower until Friday at noon. The request comes as the Midwest is gripped by freezing temperatures caused by a polar vortex. Earlier on Wednesday there was an “unexpected incident” at a […] Cities in Minnesota, Wisconsin, Michigan, and Illinois continue to see subzero temperatures thanks to the recent polar-vortex event. Officials have warned people to avoid going outside because frostbite and hypothermia could set in within minutes. Some temperatures have gotten as low as minus 66 degrees Fahrenheit with windchill – that’s […]