I’m a Ukrainian who fled to the UK. This is what the journey was like, from fighting for a visa to waiting 23 hours at the border.

Maria Romanenko and her British partner left their Kyiv apartment just before the Russian invasion. She entered the UK on a one-off visa waiver. 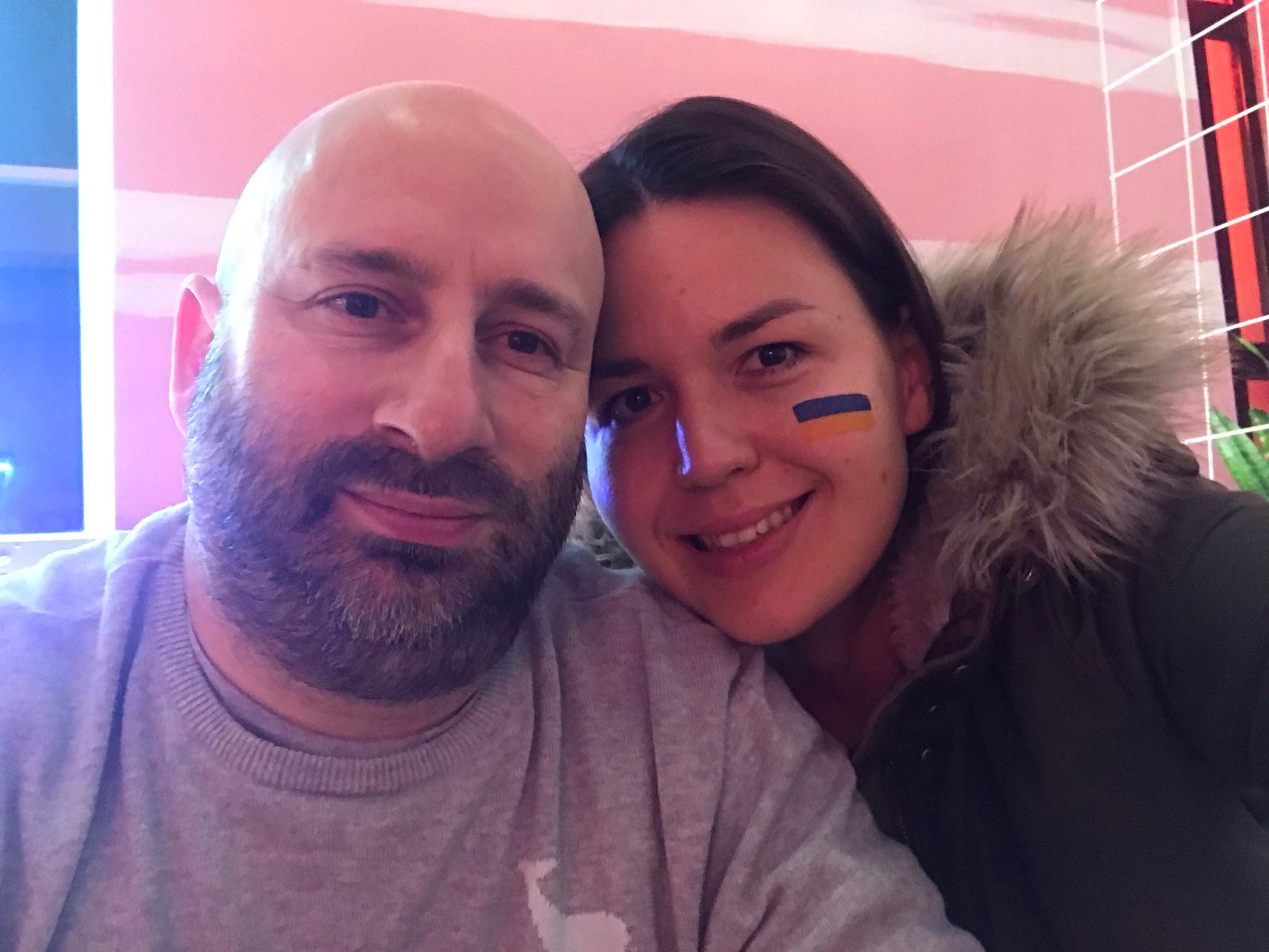 According to a White House statement released Sunday, President Biden plans to discuss humanitarian aid for Ukraine as Russia continues its invasion. 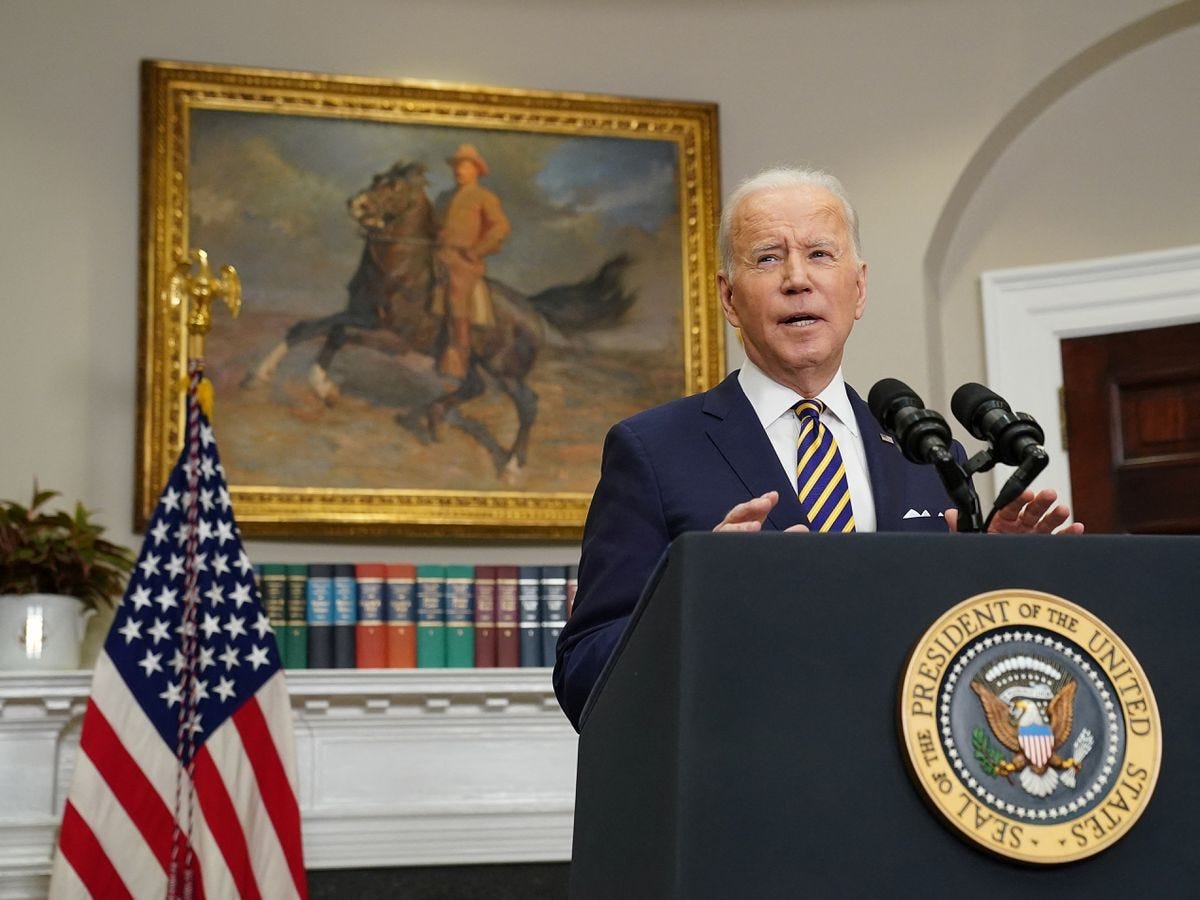 Chef José Andrés and his team have served more than 1 million meals to Ukrainians fleeing the war, meeting refugees at every border crossing in Poland

The US-based organization is feeding tens of thousands of people every day by cooking in 12 massive paella pans and large ovens. 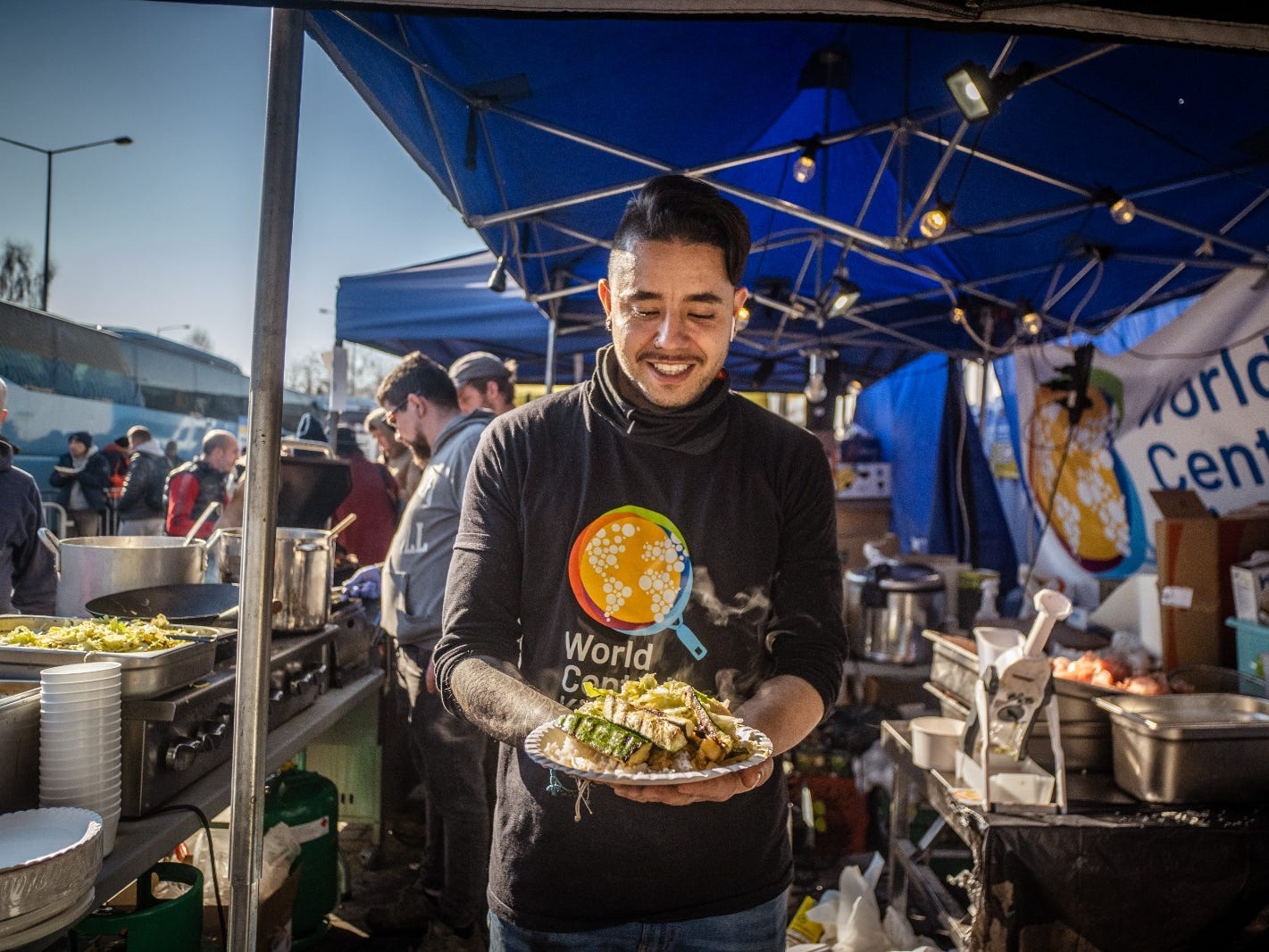 Both senators are up for reelection, and Rubio has previously faced criticism over his Capitol Hill attendance before. 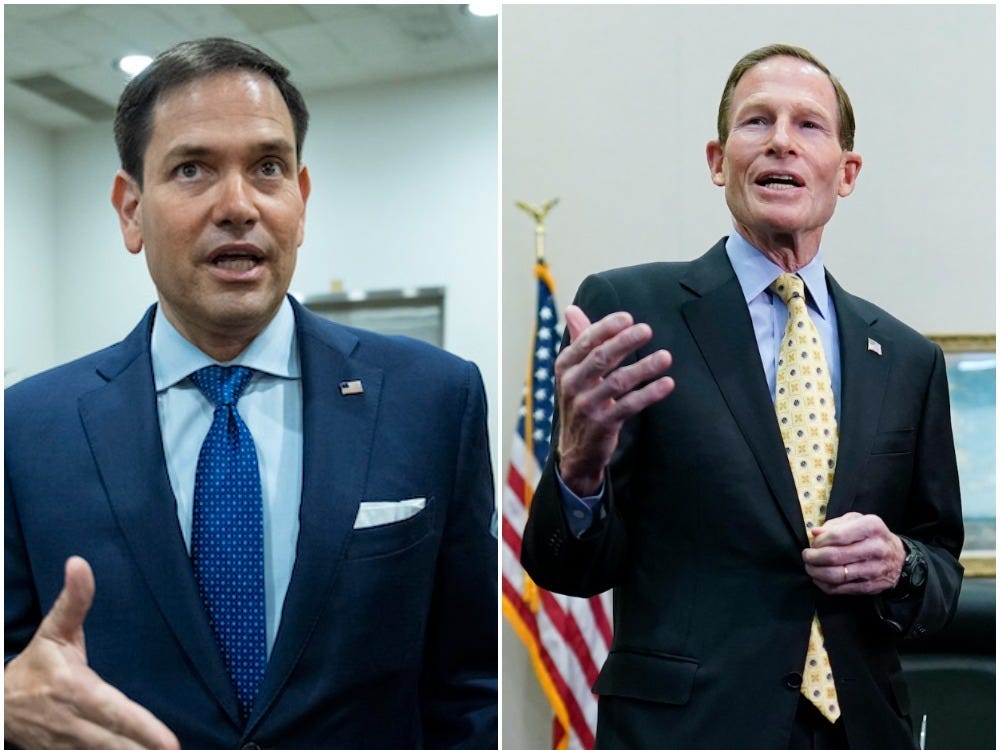 "She started to be naughty during the war because she's traveling and she's scared," Victoria from Hostomel, Ukraine, said of her dog, Stacia. 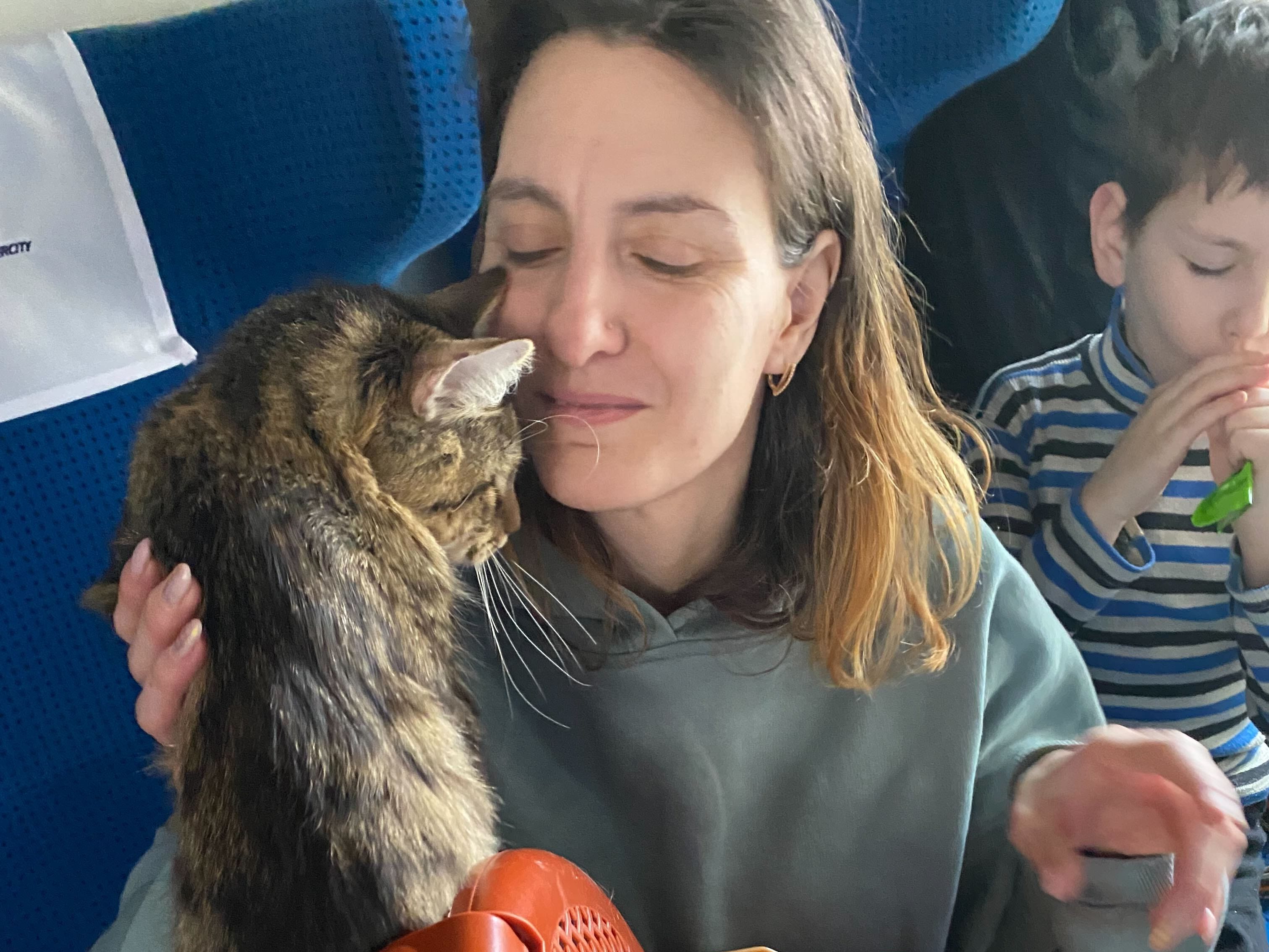 The leaders of Poland, the Czech Republic, and Slovenia traveled to Kyiv to meet with Ukrainian President Volodymyr Zelenskyy on Tuesday. 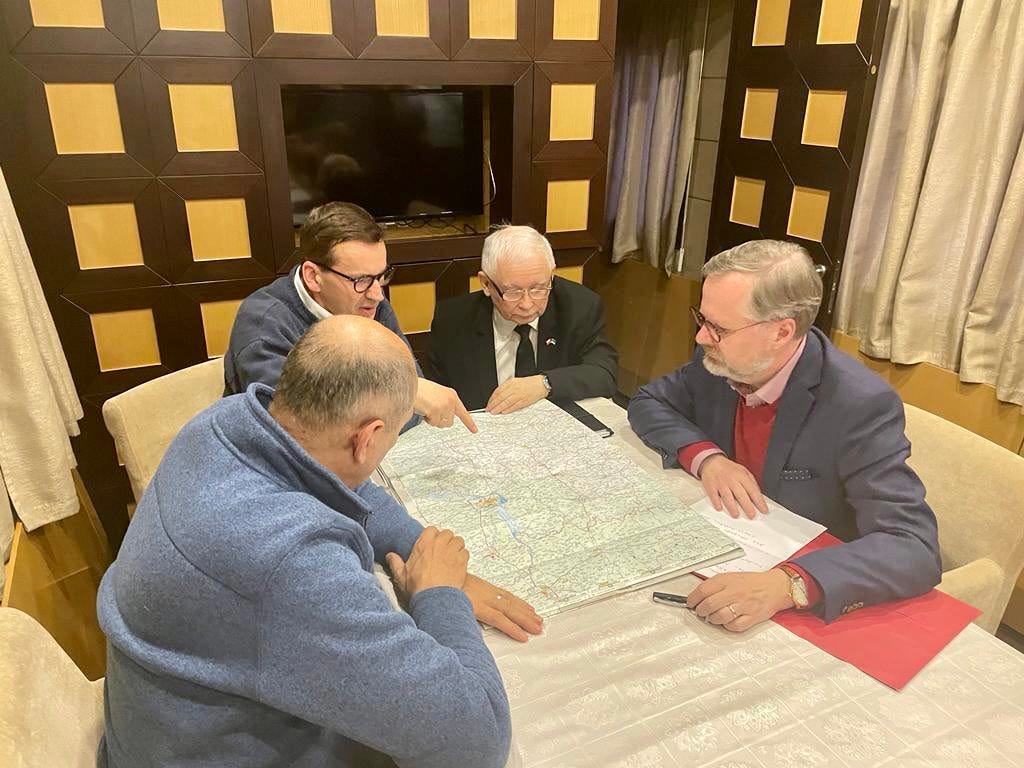 ‘Fear’: Ukrainians from Zaporizhzhia, where Russia attacked a nuclear plant, faced a harrowing journey to Poland

A family from Zaporizhzhia worried the train they were on would be bombed when it was halted by an air raid alarm en route to Poland. 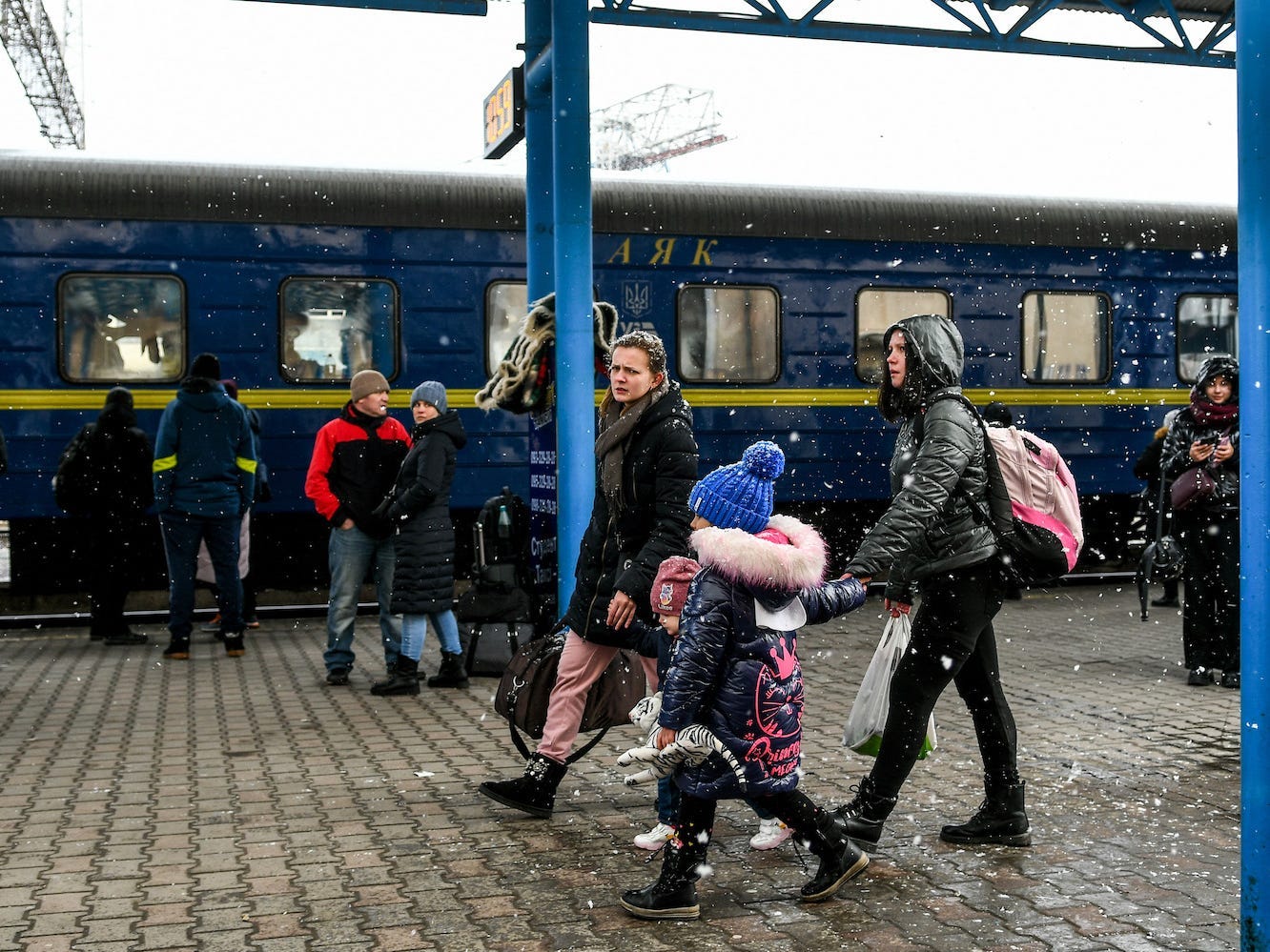 The US "can defend every inch of NATO territory if we need to," but US troops are not going to fight in Ukraine, the Pentagon press secretary said. <figure><img src="https://i.insider.com/622cfee5843ef30018e6cebd?format=jpeg" height="1654" width="3308" charset="" alt="Kamala Harris stands in front of an American flag during a visit to Poland."><figcaption>Vice President Kamala Harris during a visit to Poland on March 10, 2022.<span class="copyright">Mateusz Wlodarczyk/NurPhoto via Getty Images</span></figcaption></figure><ul class="summary-list"><li>Vice President Kamala Harris addressed the DNC winter meeting on Saturday.</li> <li>She sought to energize Democrats ahead of the November midterms.</li> <li>Harris also spoke of her diplomatic visit to Poland and Romania as Russia invaded Ukraine.</li> </ul><p>Vice President Kamala Harris addressed the Democratic National Committee on Saturday, closing out a week of official meetings with a rallying cry for Democrats ahead of what is likely to be a difficult midterm election for the party.</p><p>"The work ahead is not going to be easy," Harris said to a packed hotel ballroom in Washington, DC, the day after a<a href="https://www.wsj.com/articles/wsj-poll-biden-ukraine-inflation-midterms-11646975533"> Wall Street Journal </a>poll showed Democrats losing ground to Republicans on several major issues, including curbing inflation and crime. "When we show what we have accomplished, just in a year, and when we show it is because the American people voted, I believe we will meet the moment again."</p><p>"Our task is to show people that in many ways they got what they ordered," she said.</p><p>The Democrats had spent the week attending to party business such as electing caucus chairs and debating a proposal to shake up the 2024 primary calendar and <a href="https://www.businessinsider.com/dnc-could-dethrone-iowas-first-in-the-nation-caucuses-in-2024-election-2022-3">dethrone Iowa from its first-in-the-nation status.</a></p><p>But the winter meeting also served as an opportunity for party leaders to get their hundreds of emissaries from around the country on-message before the midterm elections.</p><p>Harris's address served as a bookend to President Joe Biden's speech on Thursday. She laid out several of the Democrats' accomplishments, particularly economic ones, that Democrats hoped would gain traction with coveted middle class voters.</p><p>The vice president cited investments in public transportation from the infrastructure bill, which she said would help both parents and children get where they needed on time. Members applauded when Harris mentioned Biden's nomination of Ketanji Brown Jackson to the Supreme Court; if confirmed, she will be the first Black woman to ever serve on the nation's highest bench.</p><p>Harris also touted the expanded child tax credit passed in 2021, which was intended to help parents who struggled during the pandemic. The credit has since expired, however, <a href="https://www.businessinsider.com/child-poverty-biden-child-tax-credit-ended-congress-2022-2">plunging millions of children back into poverty</a>. Congress is acting sluggishly to renew it.</p><p>Harris, who had just returned from a diplomatic trip to Poland and Romania as refugees from Ukraine fled an ongoing Russian bombardment, also provided DNC members with a sobering update from Europe.</p><p>"When I was meeting with our allies, I emphasized that the greatest strength that we share is unity, especially at this moment as we stand together in defense of democracy, and stand together in defense of each other," Harris said. </p><p>"Russia's invasion threatens not just Ukraine's democracy," the vice president continued. "It threatens democracy and security across Europe. And by extension when democracy is threatened anywhere, it threatens us all."</p><p>"The United States stands firmly with the Ukrainian people in defense of the NATO alliance," Harris said.</p><div class="read-original">Read the original article on <a href="https://www.businessinsider.com/kamala-harris-addresses-dnc-meeting-ukraine-midterms-2022-3">Business Insider</a></div> 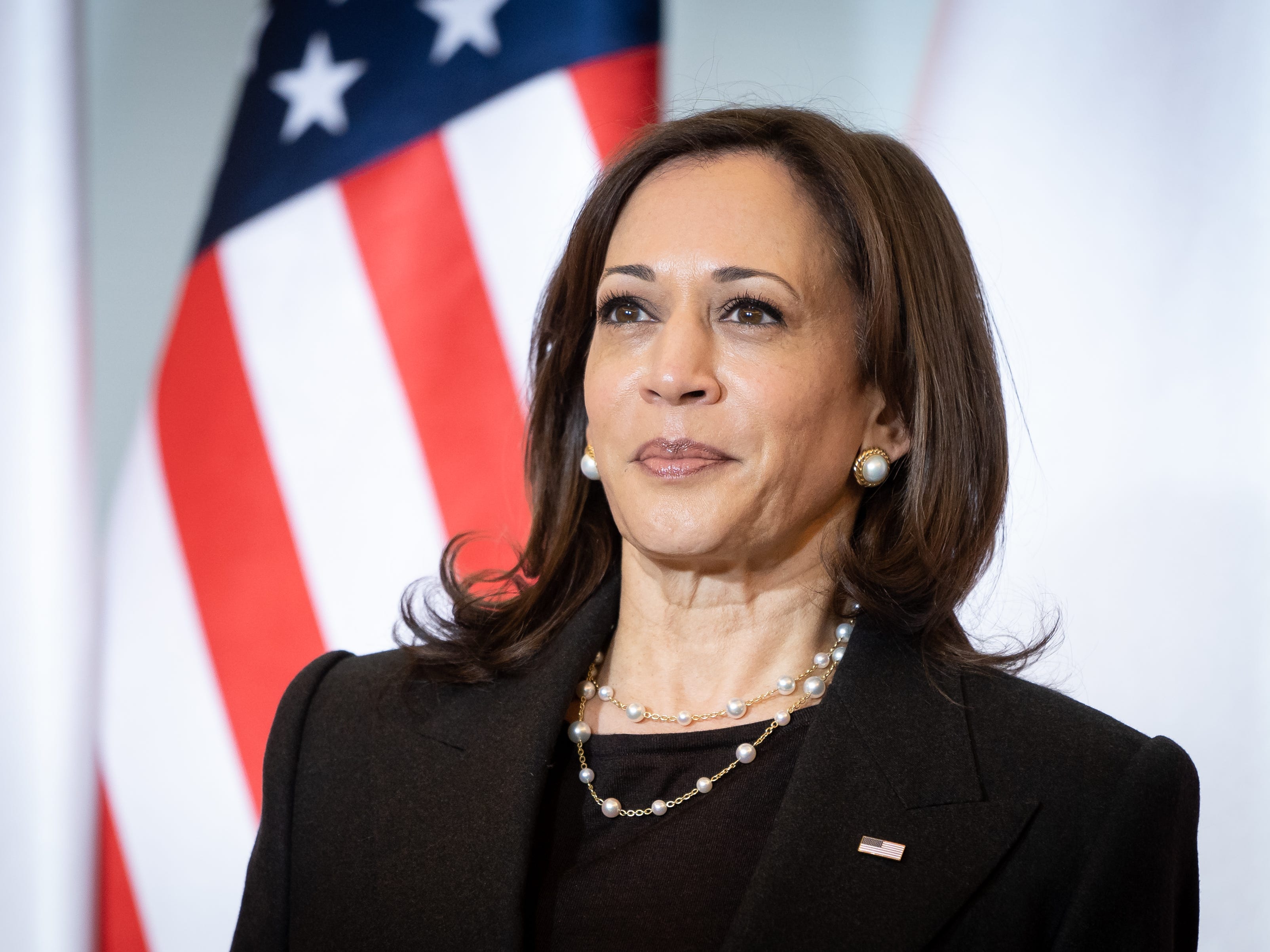 Ukrainian veterans in Poland are heading back to join the fight, calling Russians ‘thieves and bandits’

Over 1.5 million Ukrainians have fled into Poland since the war began. But some Ukrainian veterans in Poland are heading in the other direction. 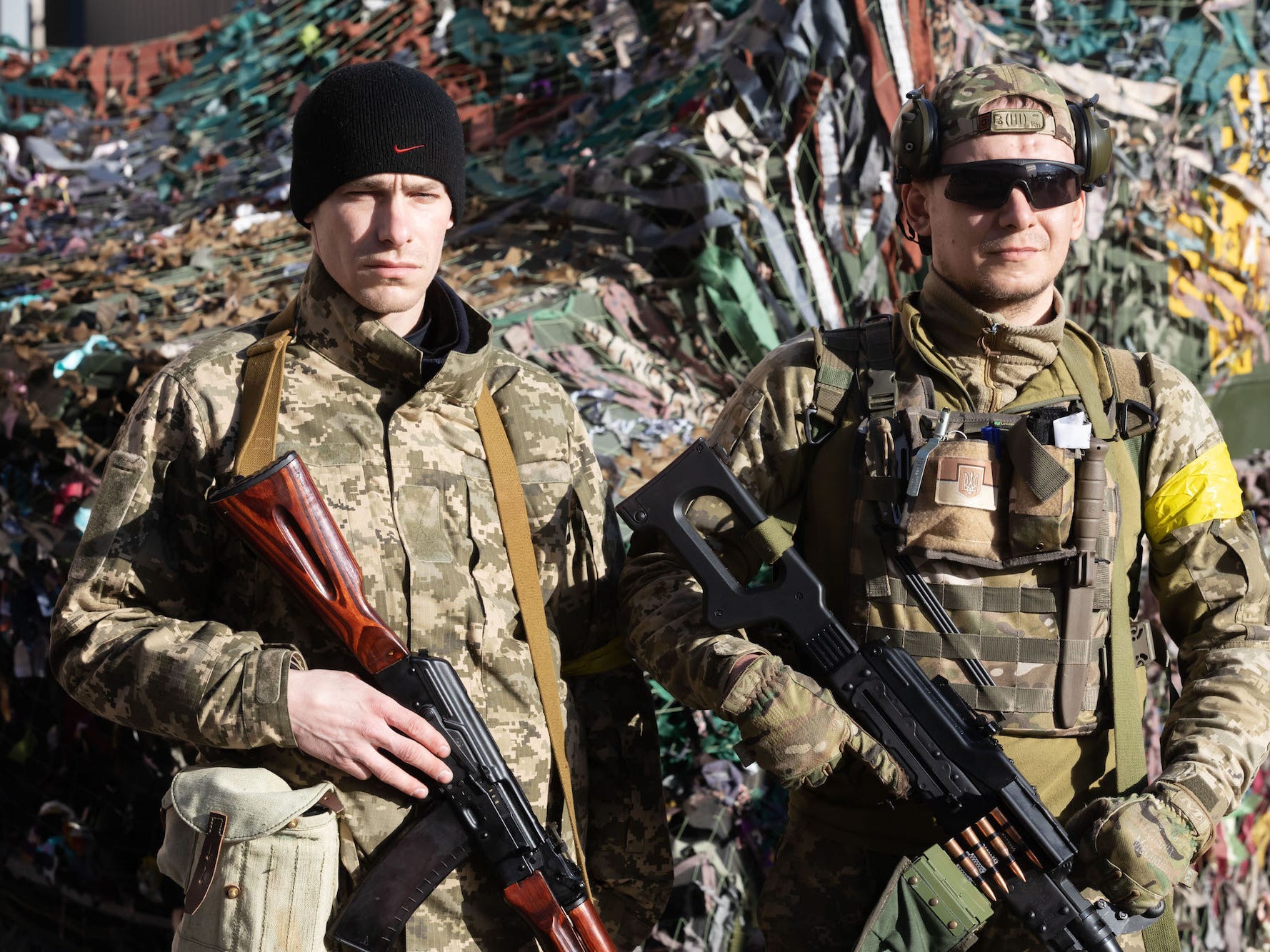 Shortly after crossing the border, Alyona, 33, from Kyiv told Insider she knows "the whole world supports us" as she held a steaming cup of tea. 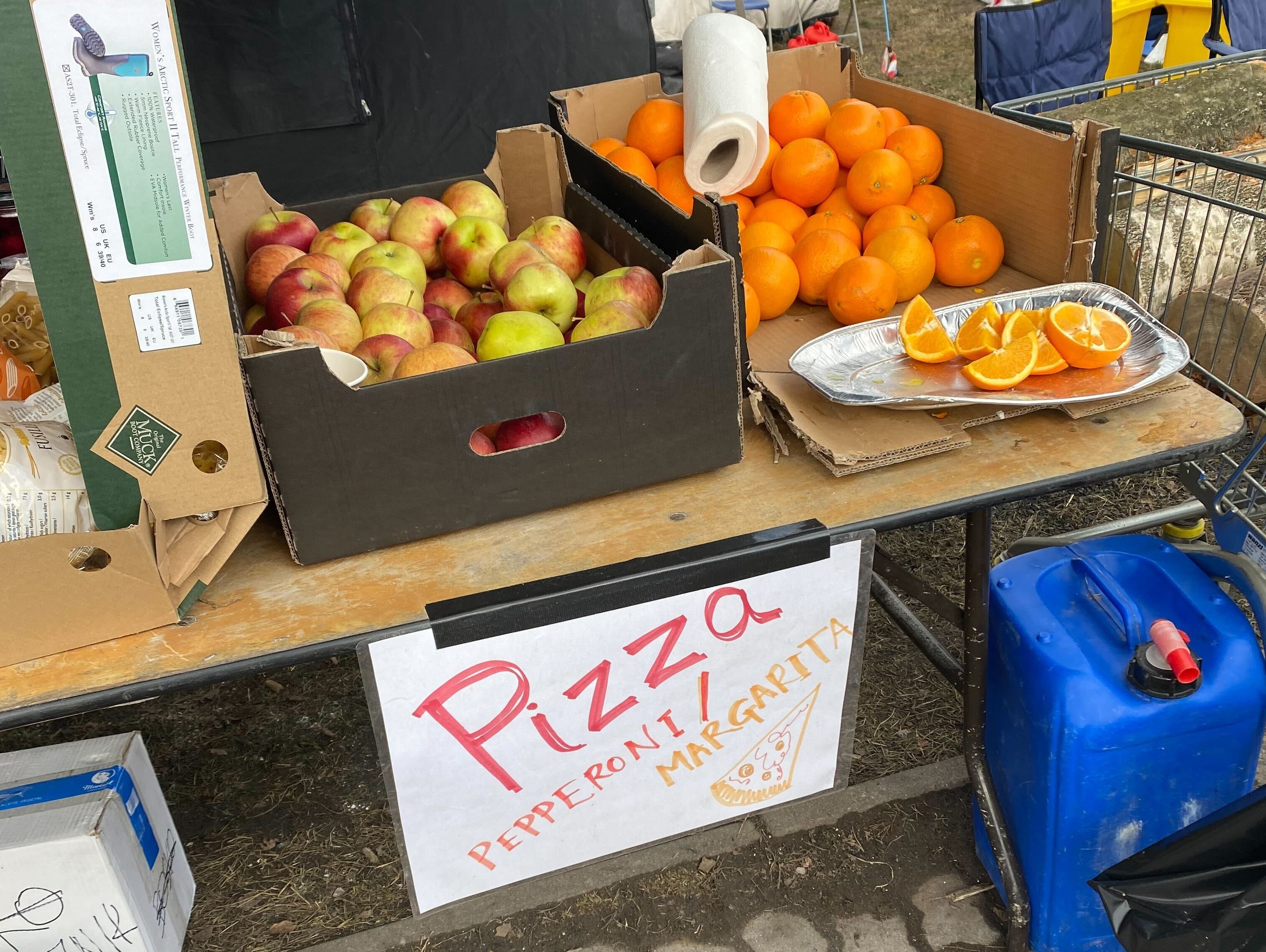 Inside the Polish shopping mall where 3,000 Ukrainians who fled the war are sleeping next to empty stores 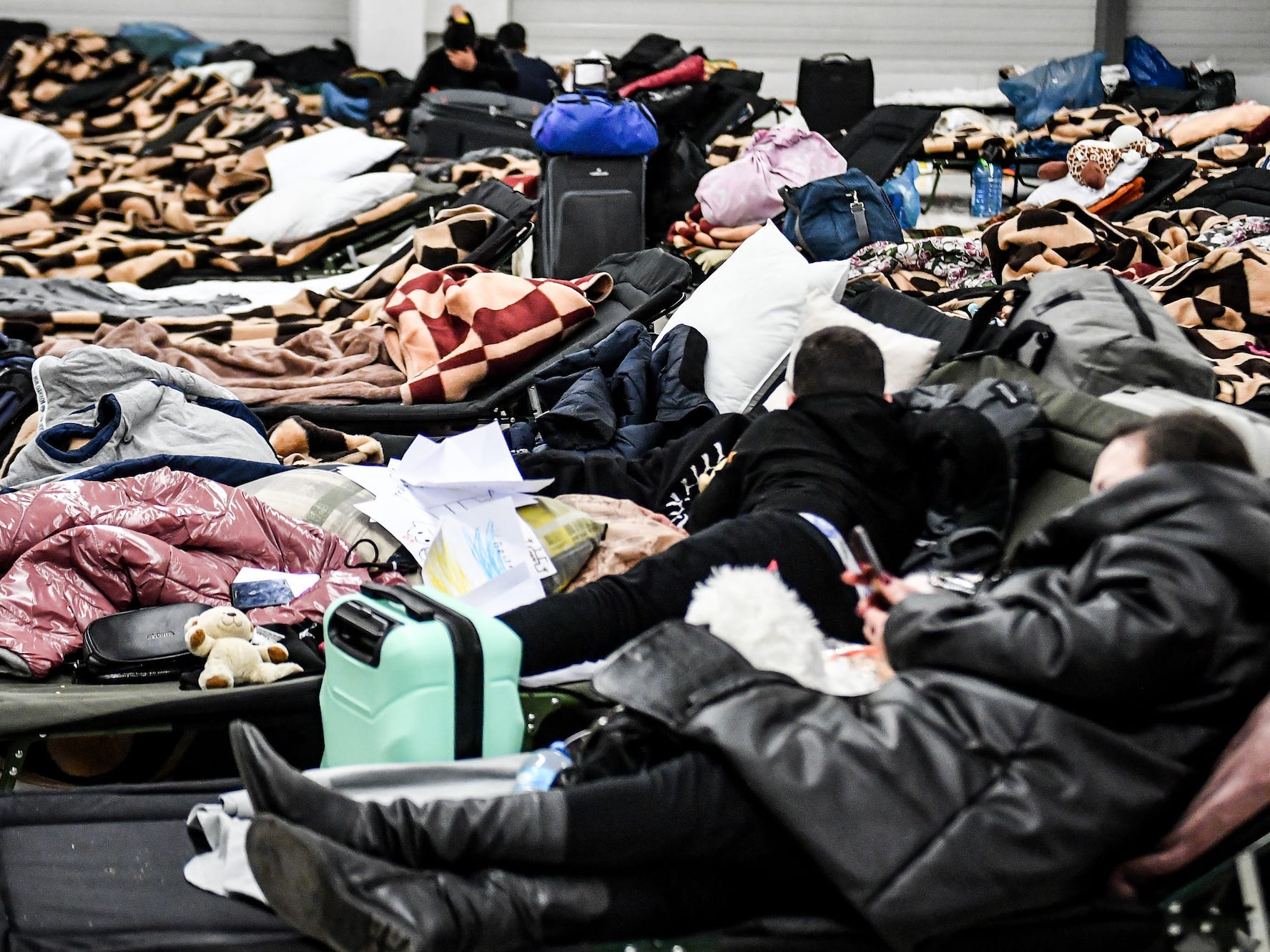 Putin has to face a response in his "own language," one Polish MP told Insider, which in this case should be "economic violence." 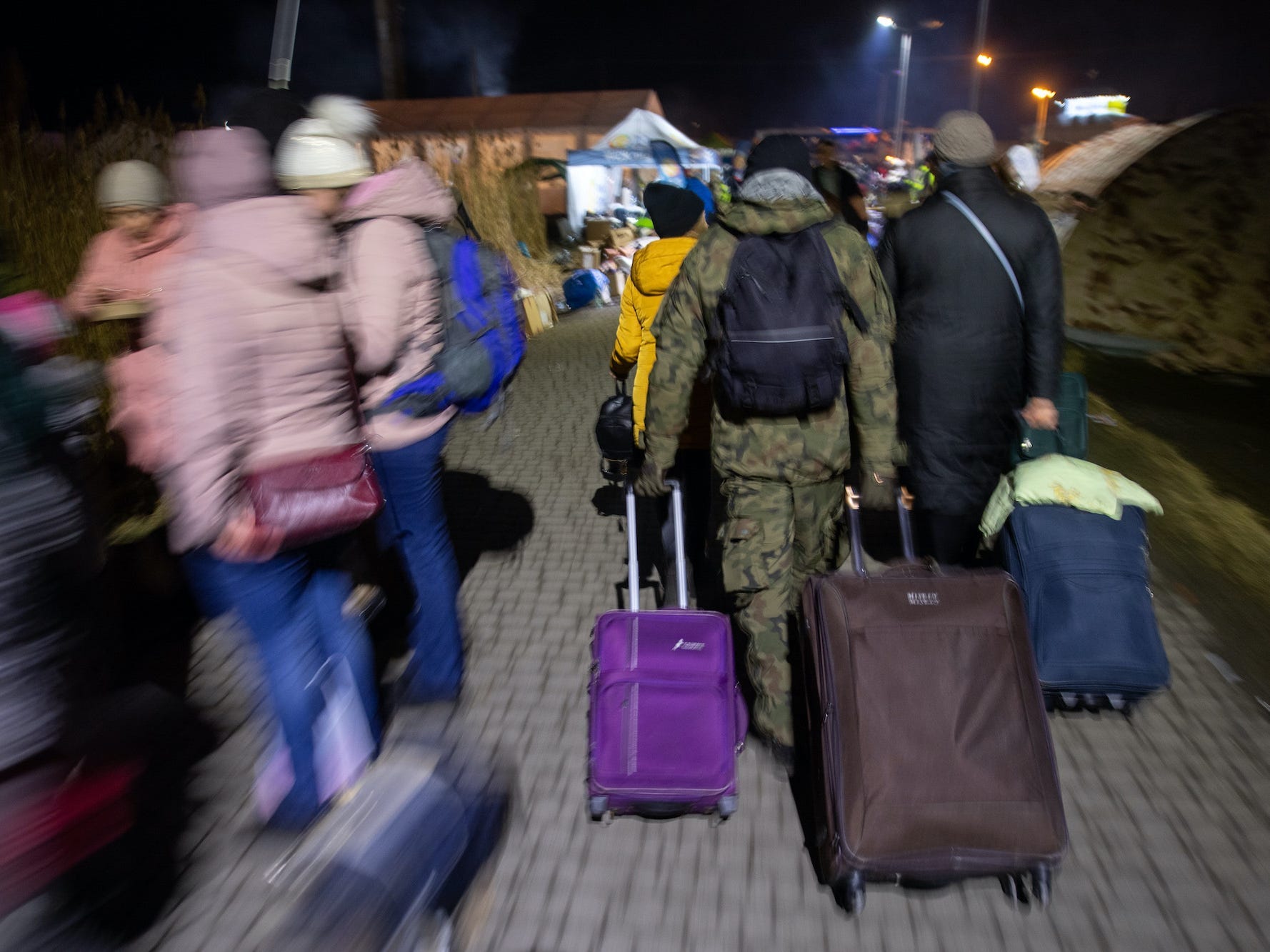 Ukrainian President Volodymyr Zelensky called on NATO nations to send aircraft, especially in absence of a no-fly zone over Ukraine. 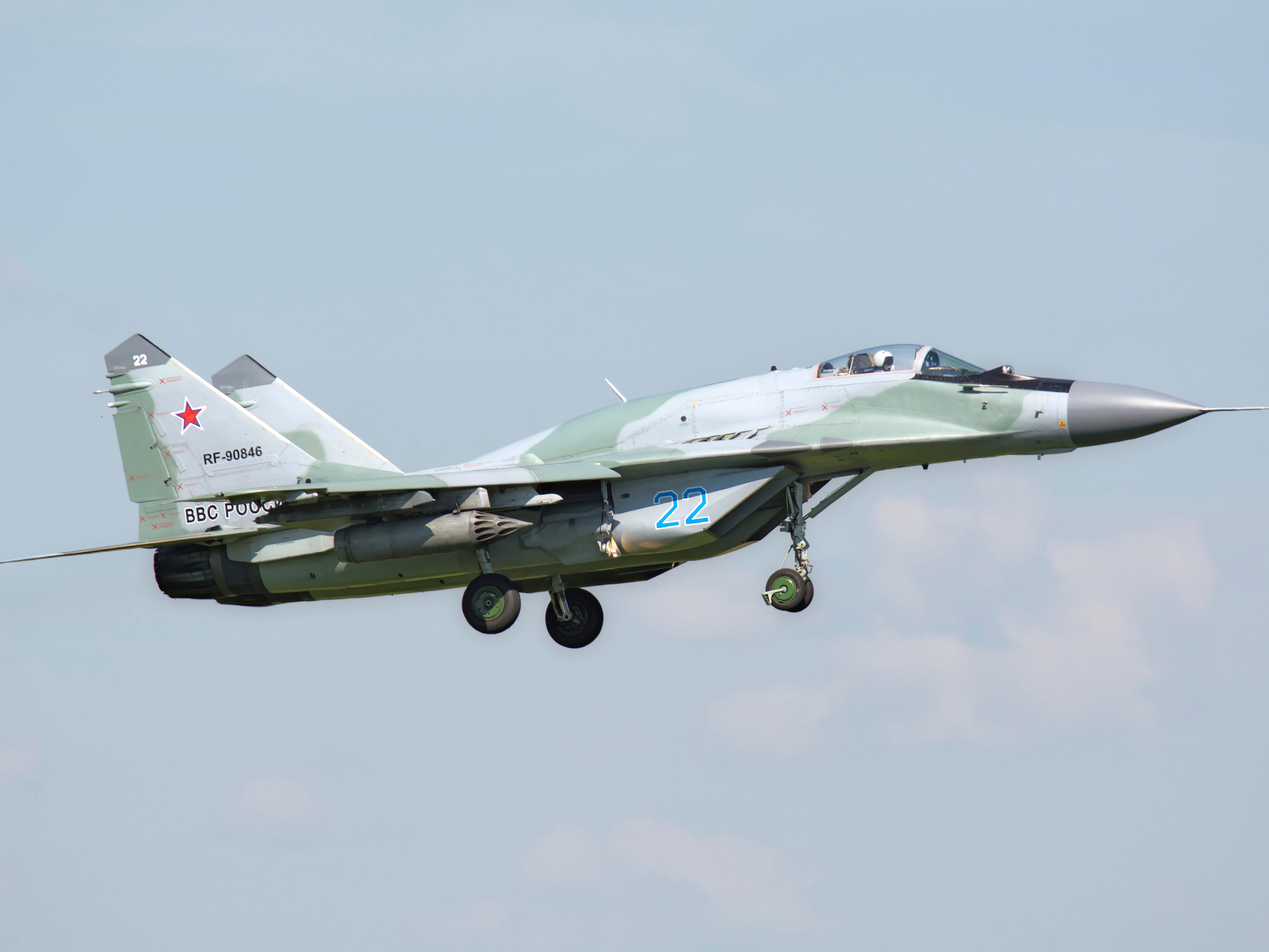 Packed train platforms, constant alarms, and a border crush: Inside a woman’s 54-hour journey out of Ukraine as Russian bombs fell around her

Oleksandra Kicha detailed her terrifying journey across Ukraine and how she was helped by someone who drove over four countries to assist refugees. 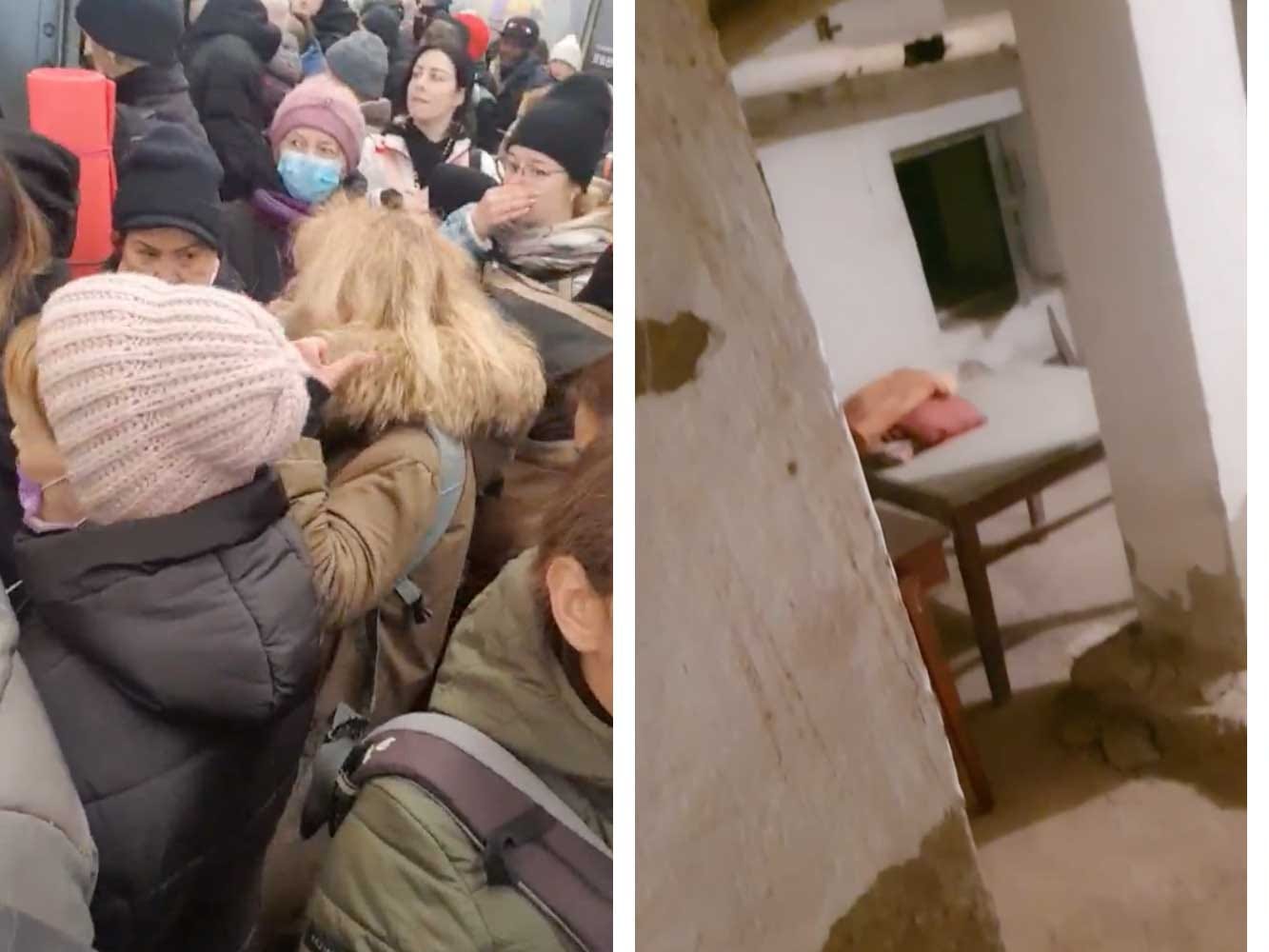 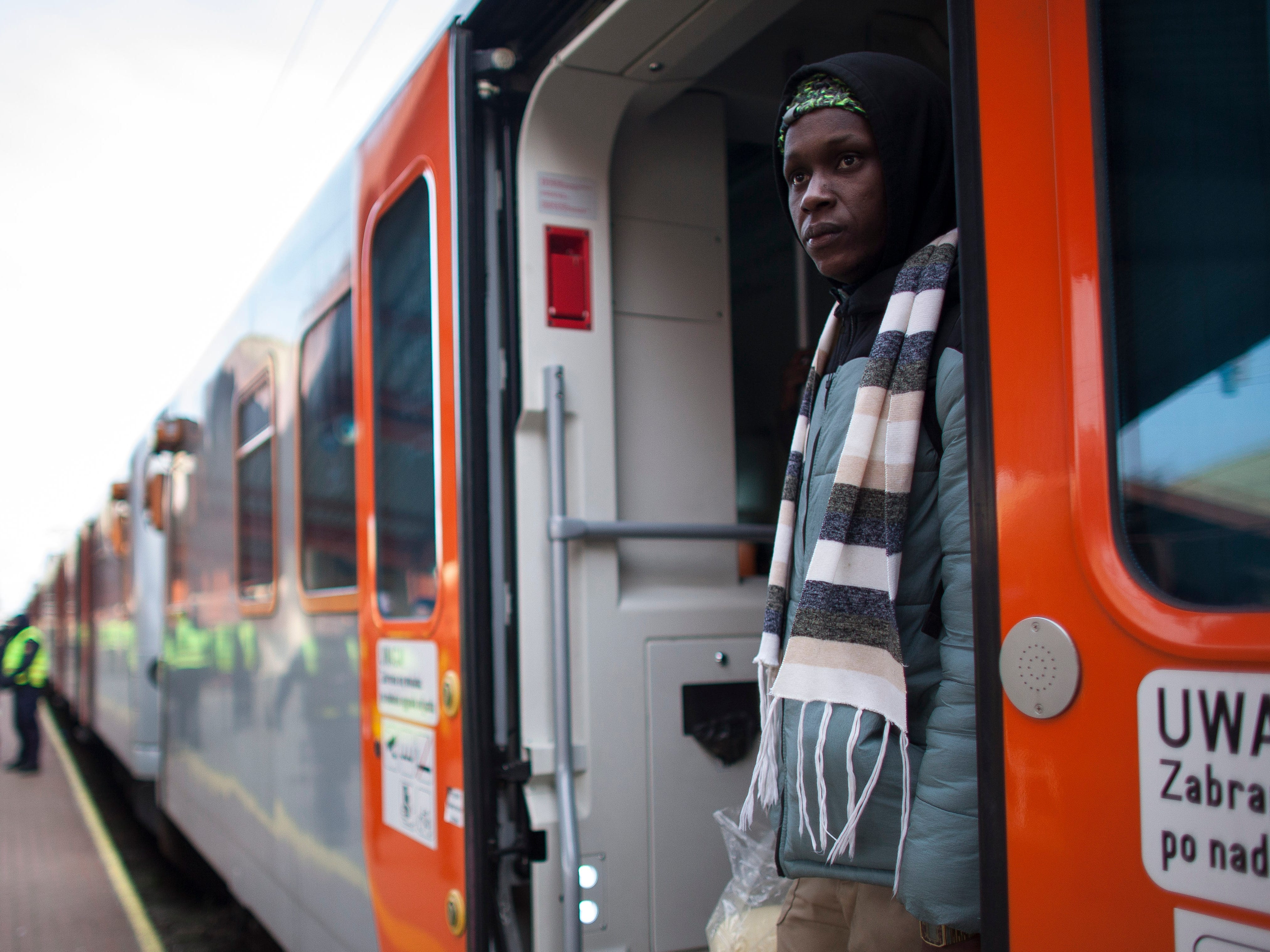 Out of the nearly one million refugees fleeing Ukraine, at least 505,500 have entered Poland, the United Nations' refugee agency said. 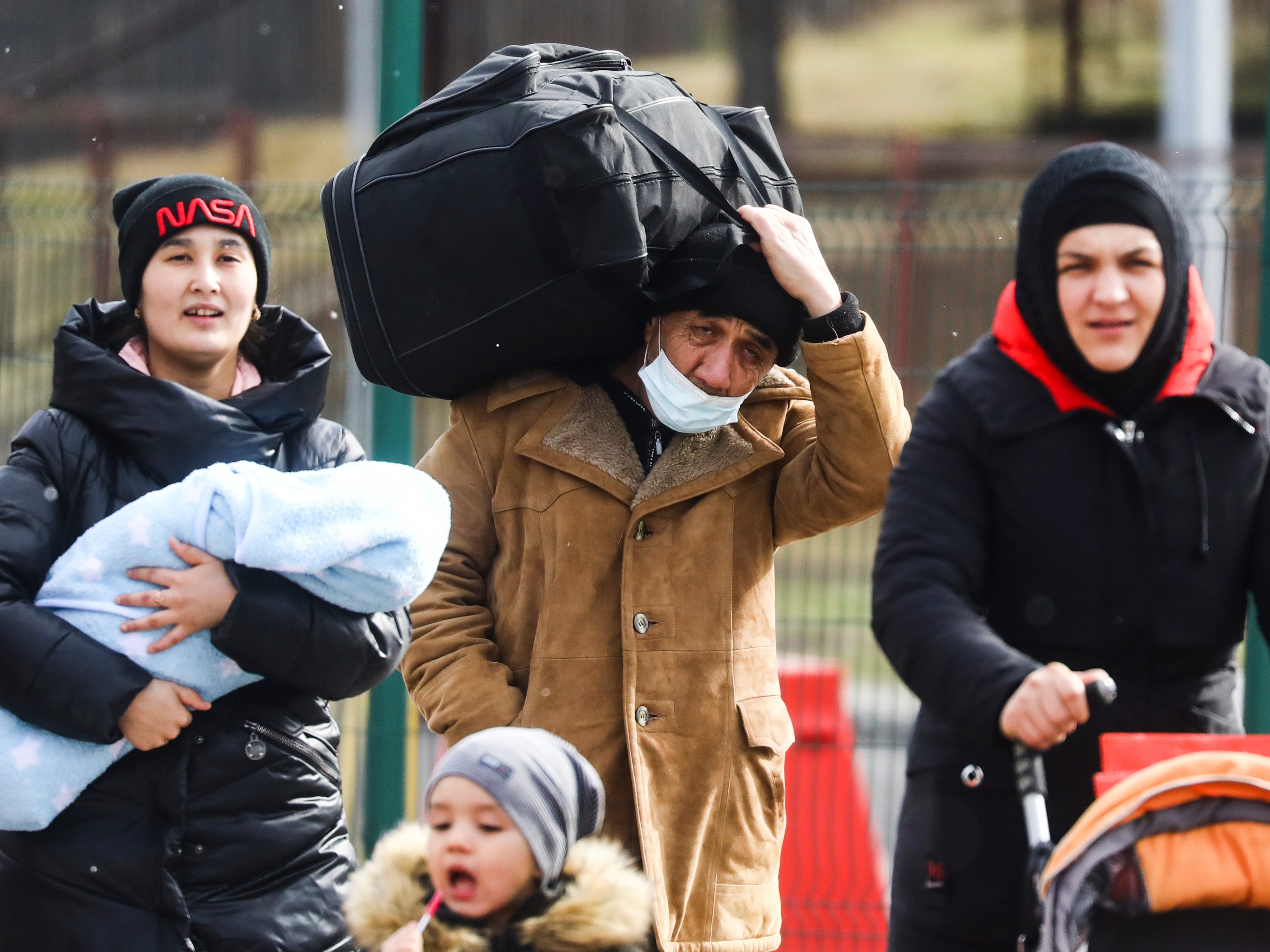 Ukrainians can book free seats on Wizz Air through March from cities in Poland, Slovakia, Hungary, and Romania, or buy reduced fare tickets. 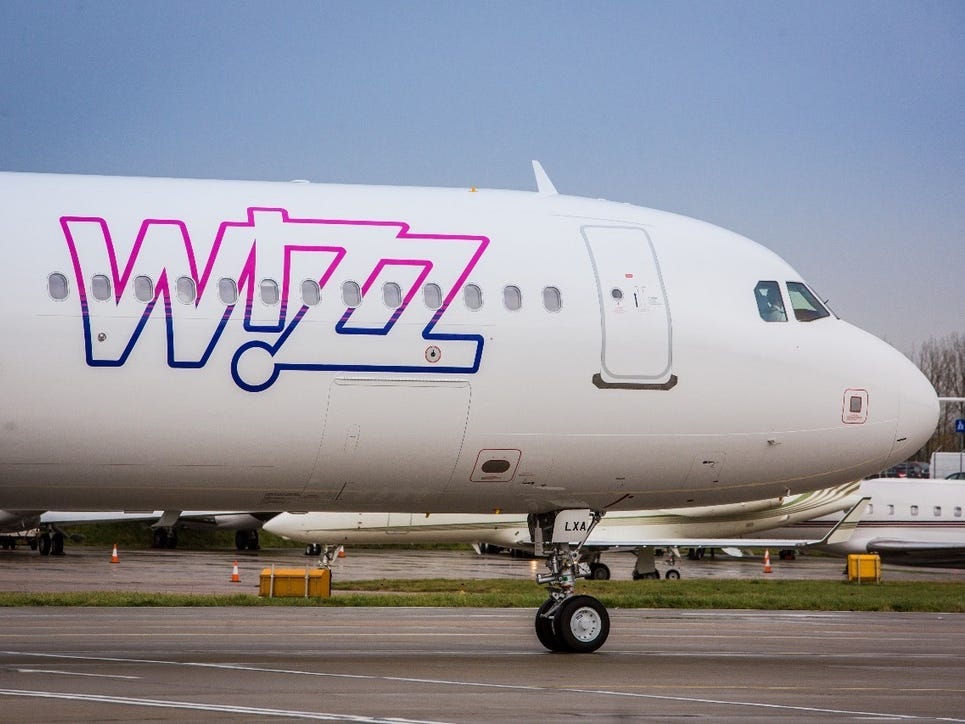 VIDEO: Nearly 6,000 Ukrainian refugees are pouring into this Polish train station every day. Here are some of their stories.

Thousands of refugees are pouring into the Przemysl railway station 9 miles from Ukraine. We spent the night talking to them about the war. 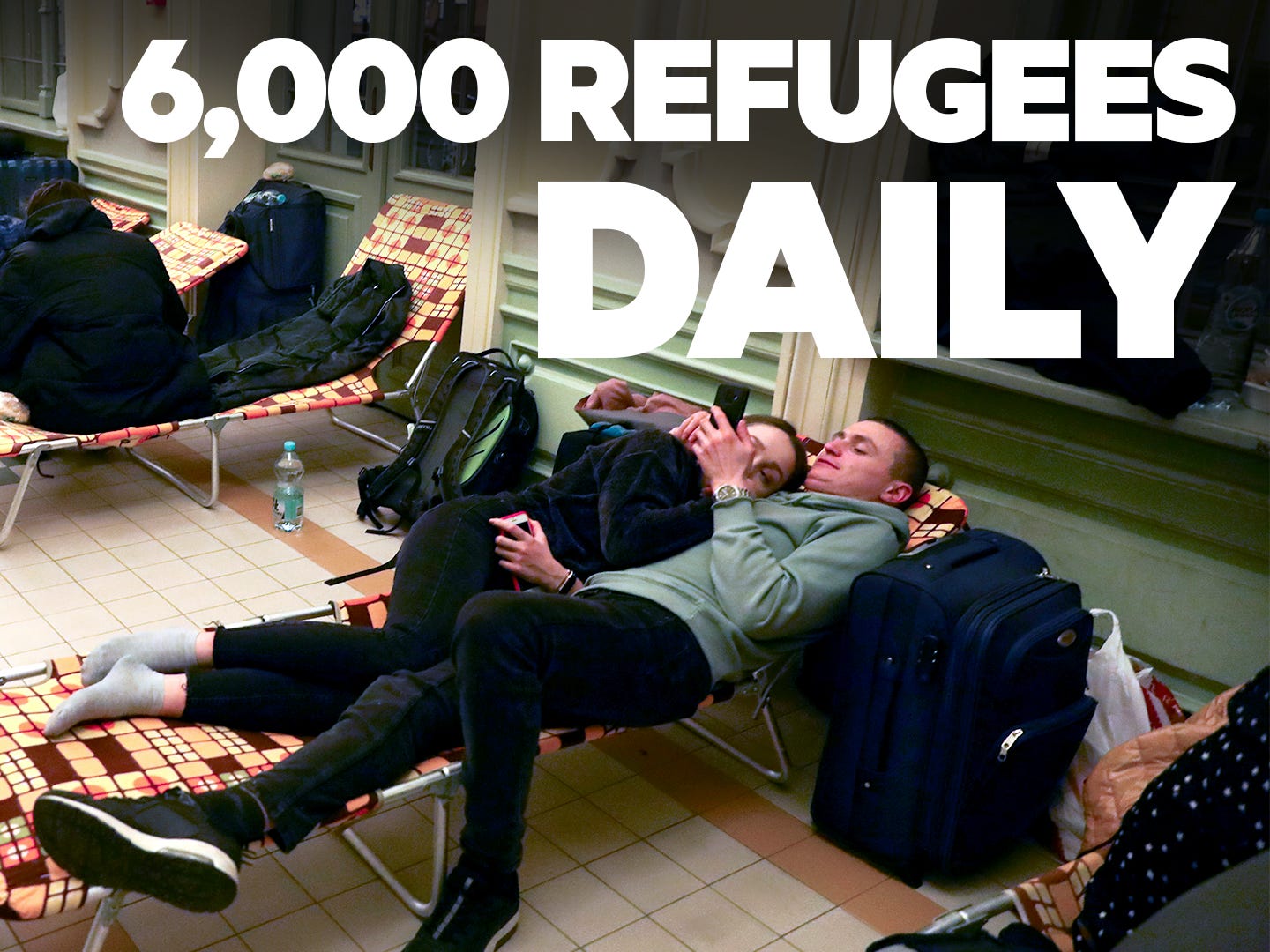 Manny Marotta, from Pittsburgh, witnessed the panic and desperation of Ukrainian refugees in a 20-hour walk from Lviv, Ukraine, to Przemyśyl, Poland. 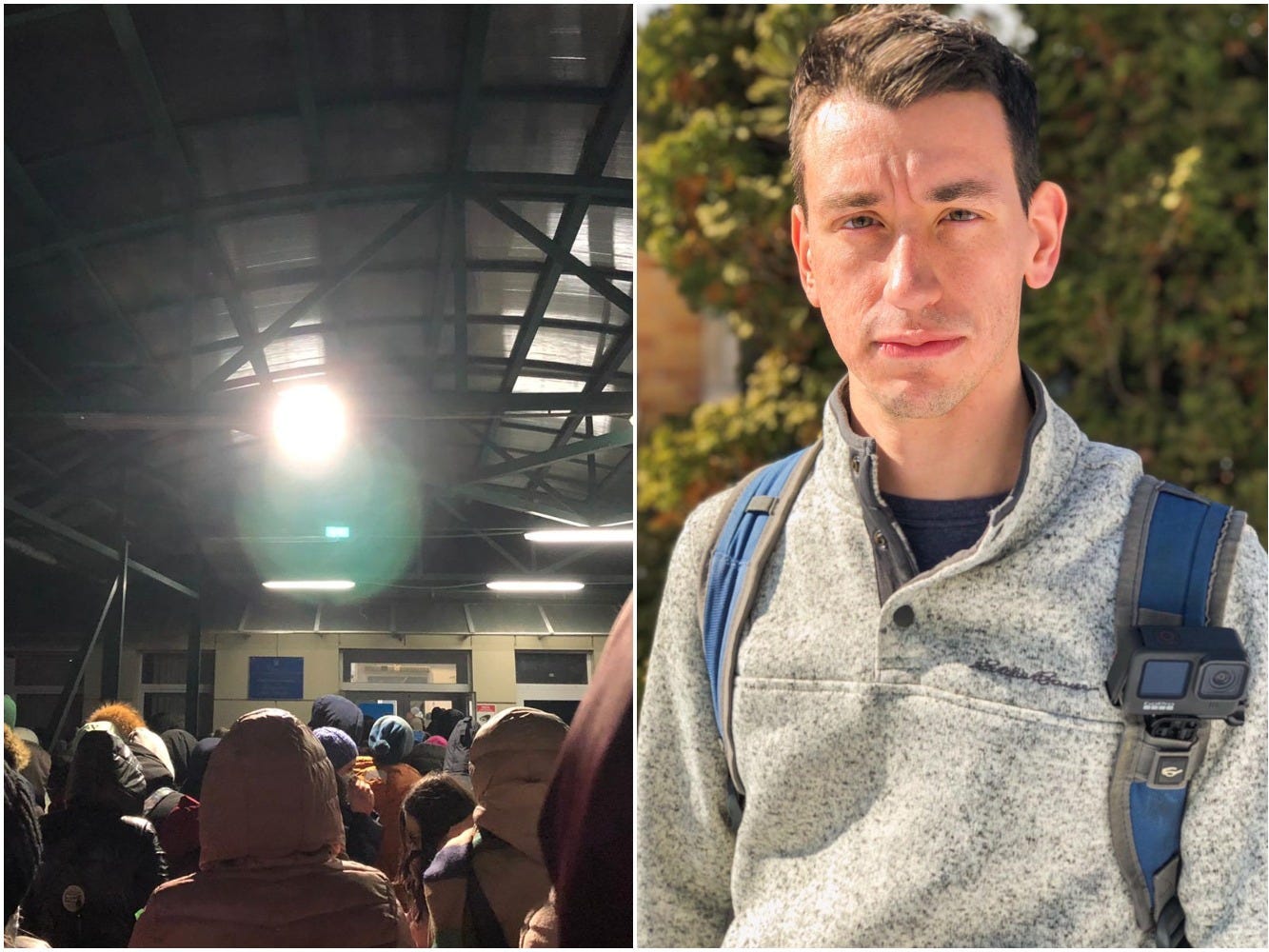