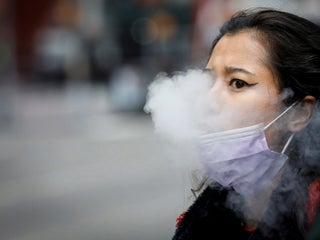 5 major causes of pneumonia and how you can prevent it

You can get pneumonia through bacterial, fungal, or viral infections. You can also get aspiration pneumonia, which is when you inhale food, or hospital-acquired pneumonia. To prevent pneumonia, get the flu shot, wash your hands, and stop smoking. Visit Insider’s Health Reference library for more advice. Pneumonia is a lung […]

Is pneumonia contagious? Yes, when it’s caused by bacteria or viruses

Most types of pneumonia are contagious. When pneumonia is caused by a virus or bacteria – as it usually is – it can spread from person to person through respiratory droplets. To prevent the spread of pneumonia, you should practice good hygiene, work to boost your immune system, refrain from […] 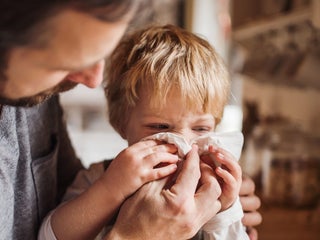 Kazakhstan said China falsely claimed that the country is dealing with an “unknown pneumonia” that is deadlier than COVID-19. China’s embassy in the country warned about a pneumonia “much deadlier” than COVID-19, and warned citizens to take action to protect themselves. It said that China has misinterpreted its statistics about […] 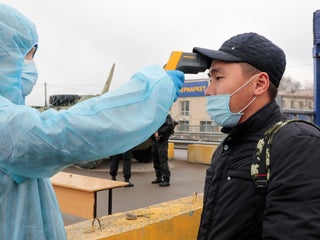 Some coronavirus patients who should be unconscious from lack of oxygen can appear totally fine. Doctors call it ‘silent hypoxia.’

Some coronavirus patients are coming into hospitals with “silent hypoxia,” a condition in which they have had dangerously low blood-oxygen levels for days with no shortness of breath. Doctors traditionally put patients with such low oxygen levels on a ventilator, but some are recovering without that treatment. Sick people without […] 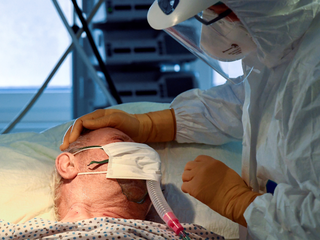 A cheap over-the-counter oximeter device was my saving grace as I fought the coronavirus. It can flag dangerous downturns.

Emergency rooms measure the oxygen levels of COVID-19 patients with a device called a pulse oximeter. The tool is available over the counter as well. Low oxygen levels may indicate that a coronavirus patient has pneumonia – and requires immediate medical attention – even before they feel a shortness of […] 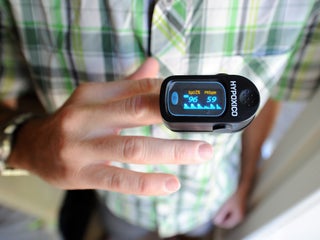 More than 1.3 million people worldwide have recovered from the coronavirus. Recovered COVID-19 patients may have a residual cough or fatigue for weeks after major symptoms disappear. Though long-term effects remain unclear, patients who develop severe pneumonia could come away with scarred lungs and reduced lung function. Recovery likely means […] 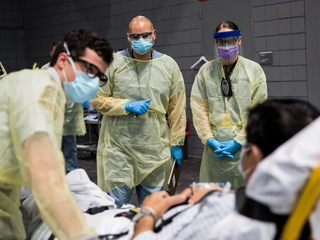 Authorities in Wuhan, central China, have identified 17 more patients of a deadly new strain of pneumonia, according to Reuters. Official totals now count 62 patients who have been infected with 2019-nCov, and two who have died. Some doubt has been cast on the official totals however, as the World […] A mysterious and deadly virus from China could have infected 35 times more people than official totals, scientists warn

Concerns are mounting over a new, potentially fatal, respiratory virus that is spreading in Wuhan, China. Chinese officials said Saturday that 45 people have contracted the virus, four more than the last figure released. According to scientists in London, this is likely far fewer than the real total. Using statistical […] 1 person has died from a mysterious pneumonia outbreak in China

59 people in Wuhan, China, have been infected with a viral pneumonia. Seven of those people are reported to be in critical condition. One has died. Officials still don’t know how the disease was transmitted, though they have traced the outbreak to a seafood market that sold live animals. Residents […] A woman is the first to die from an Atlanta outbreak of Legionnaires’ disease, an extreme form of pneumonia that can spread through shower heads and sink faucets Humidifiers keep your hair, skin, and lungs happy — here’s how to use them

If you live the northern United States or its... A pharmaceutical company just made a major move... MAUREEN DOWD: Clinton’s failure to disclose her pneumonia highlights one of her biggest personal flaws

VIDEO: Maureen Dowd, author of "The Year of Voting Dangerously: The Derangement of American Politics", talks about one of Hillary Clinton's biggest flaws. Hillary Clinton: I am ‘feeling so much better’

Hillary Clinton said she is feeling better and... Pneumonia can range from mild to deadly. Over the weekend, Democratic presidential...